This week’s lead artwork, by veteran iPhoneographic artist Catherine Restivo, is a lovely evocation of spring in the form of a dragonfly perched on a stalk of grass, with the background cast in soft blur.

If you’d like to see your images in the running for consideration in our weekly Apps Uncovered feature, be sure to list the apps you used to create your image when you upload it to the iPhoneographyCentral Flickr group. (And as an added bonus to other members who would love to learn from your successes, consider adding the “Backstory” describing the creative process that led you to capture and process the image as you did.) 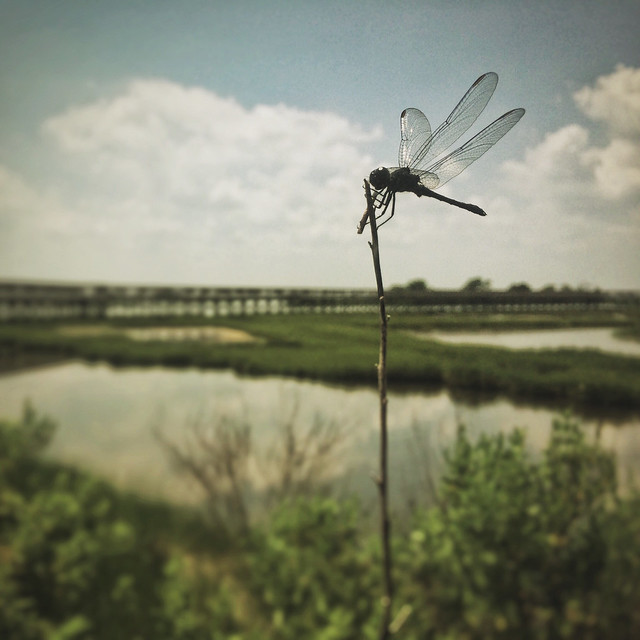 Apps used: I used Snapseed and VSCO to edit the image, which was shot with my iPhone 5S
Backstory: I was hiking an elevated trail on Assateague Island (on the Maryland side) and came upon a bunch of dragonflies (one of my favorite insects!) This guy must have liked the attention because he just chilled out and posed for me…and I got pretty close too. It was a good day. 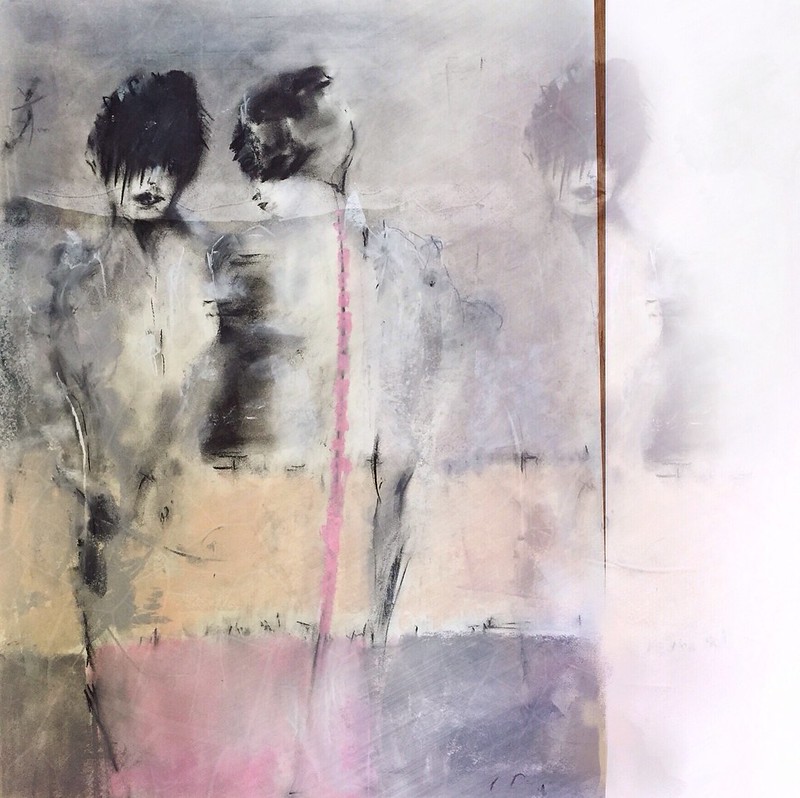 Apps used: I worked with pastels and charcoal on paper to create the initial piece. Squareready and Imageblender were the apps used to create the feel of a chimerical world.
Backstory: This image was born in the pre dawn light. When our pain and struggles are illuminated. When vulnerability pounds fiercely. When the deep want spills forth with intense desire for someone or something unattainable. It’s a reminder to step outside the turmoil and embrace the calm. 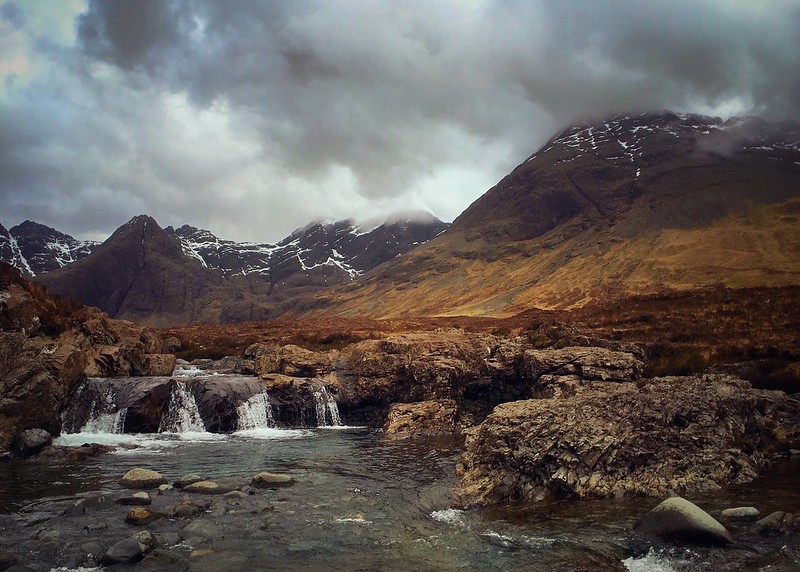 The Cullin Hills, from Glen Brittle, Isle of Skye by Chris Harland

I’d seen many photographs of this location, some truly stunning, and each of which convinced me that I was to set to wander alone through some deserted, out of way lonely Glen to find this (what I thought must be) difficult to reach spot.

My suspicions were raised that I may be in for a surprise when I passed two small coaches on the small road down to the Glen Brittle parking spot. And further raised when i got there – and for the one and only time during my entire week long journey I had to carefully seek a parking spot.

Normally, given those two indications, I’d be turning around and heading away from scene with all haste – crowded spots rarely make evocative landscape images of the highlands…..but the sheer beauty and drama of the location convinced me that it’d be foolish to pass up the chance of at least trying, and that – given I remain uncertain of when and if I’ll ever return – seizing the day was somewhat in order.

So I donned my boots and cut my way through the throng to the spot you see here, this small set of falls with four outlets setting the scene for the moody, Mordor-esque Black Cullin mountains.

Much as the image would seem to place me in the bitter wilds of Skye, I was accompanied – at this point – by the elderly, the infirm, children and animals alike. Lonely i was not.

It’s wonderful that such a dramatic place can be so easily accessed and enjoyed by so many, and i celebrate such inclusiveness….but after four days of almost complete exclusivity in every location I’d visited it was just something of a ‘jolt’

Nevertheless I hope it doesn’t lessen the impact of the image I made, indeed it may even prove that if one is patient and selective, keeps a clear inner vision of how the final image may appear, even the madding crowd need not be an obstacle 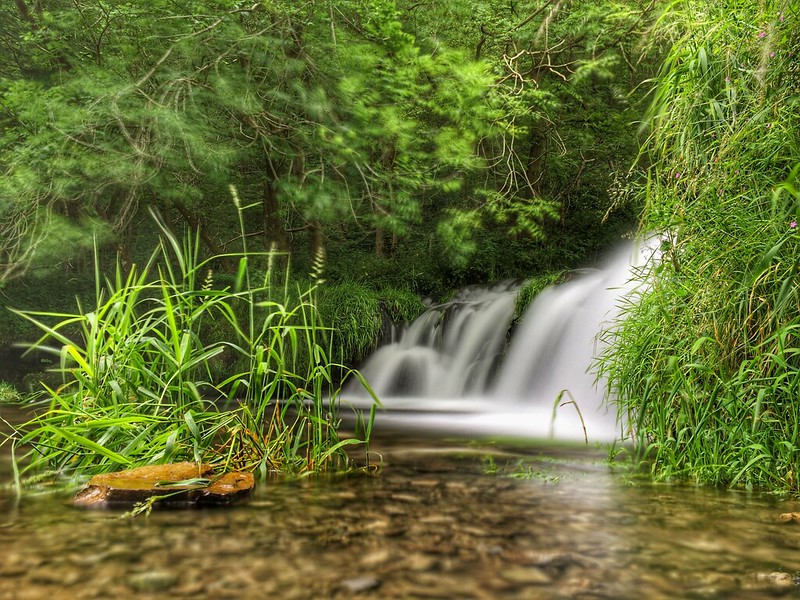 Apps used and backstory: This photo of the river lathkill in lathkill dale in the peak district was taken using slowshuttercam app it was then post processed in snapseed. Slowshuttercam app is a great app as it allows you to take images that traditionally you would only be able to capture on a dslr or film camera with a long exposure. 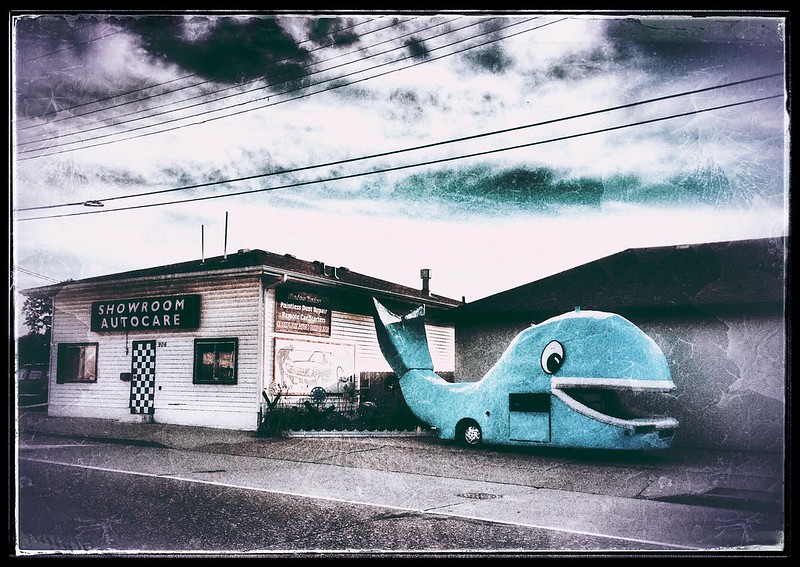 Apps used and backstory: I saw this interesting scene on my way home from work. I took a different route due to road construction. I have no idea why this whale car was sitting there. I had to take the picture, and I’ll likely use it in my story that I’m publishing on Instagram. I took the shot with my iPhone 6+ and processed it in Snapseed. 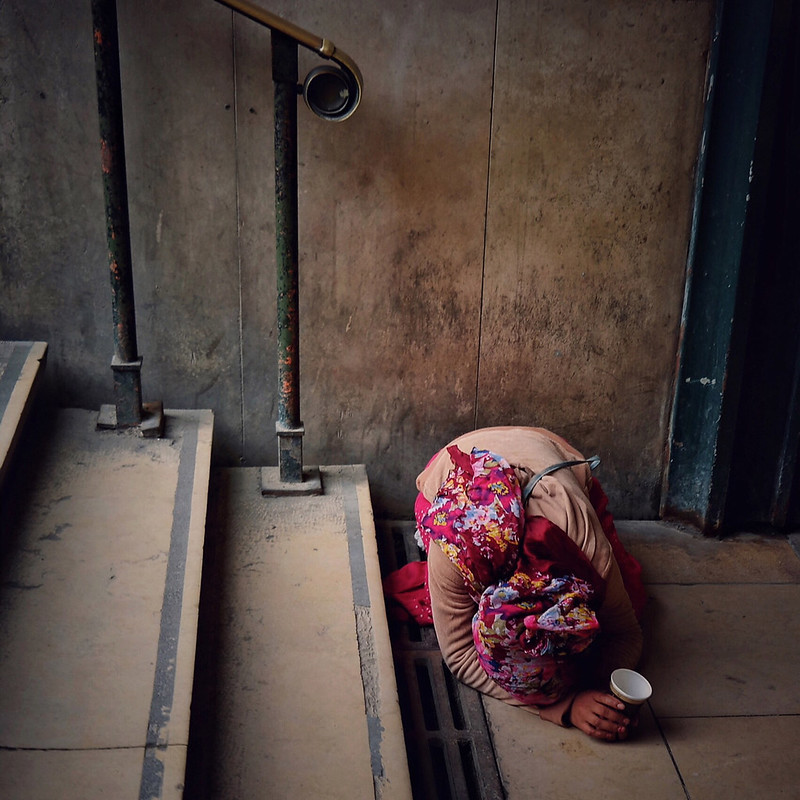