Welcome to the this week’s Apps Uncovered. A view from days end by Stefanie L.P. steals the lead spot this week with her beautiful and compelling black and white portrait. Make sure you read Stefanie’s backstory to this stunning shot as she explains precisely how she was able to capture such a wonderfully, natural pose and expressions on the subject’s faces.

December 2015 saw the launch of our brand new Newsletter; an occasional newsletter that will be sent out to subscribers to let you know about the latest articles, competitions, tutorials and iPhone prizes to be won on iPC. A big thank you to the hundreds of you who have already subscribed and if you haven’t already signed up please click on the link below: 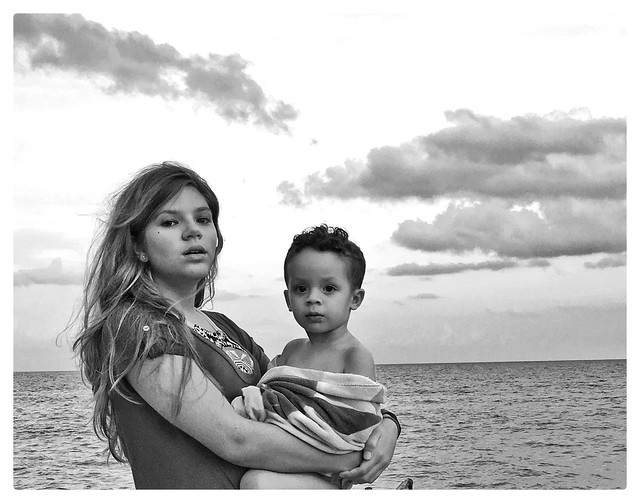 Apps used: Snapseed
Backstory: Street photography is one of my favorite genres of photography. I think this interest has made me more aware of seizing candid moments when dealing with family and friends. I’d seen this amazing moment and immediately tried to capture it. Funny thing about Life happening, it has a tendency to not pause when I need or want it. However, I was determined to reenact the moment. My niece understands the mood I am often looking for in photos. (When she was younger I was doing a photo session with her and her brother who kept striking posed smiles, she says to him, ‘don’t smile. Stefanie doesn’t like smiles.” Of course that statement isn’t true.) The candid – genuine moments, Including smiles from the heart are what I strive for. (Ok …perhaps I do like some well contrived moody moments. ) Which is what brings me to the child. They are naturals. Especially when it comes to the close of a day.

Whether fatigue or inquisitiveness as to the funny lady behind the phone, getting a moment, even if not an exact reenactment , was simply a couple of snapshots away. I cropped away distracting elements and converted to black and white in Snapseed. 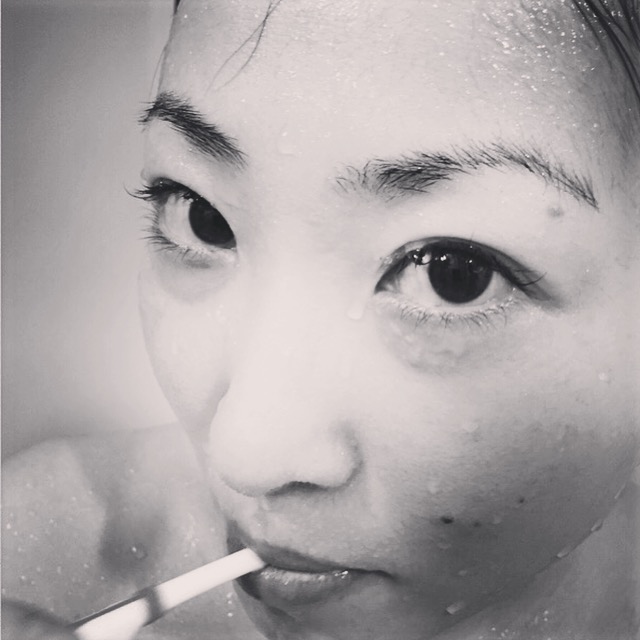 Apps used: This image was taken using the Hipstamatic app. I used the AO BW film with the John S Lens.
Backstory: It was a very spontaneous pic as my wife was brushing her teeth in the shower & I opened the door and took a cheeky shot before she had time to react.. I then tweaked it a bit in Snapseed. 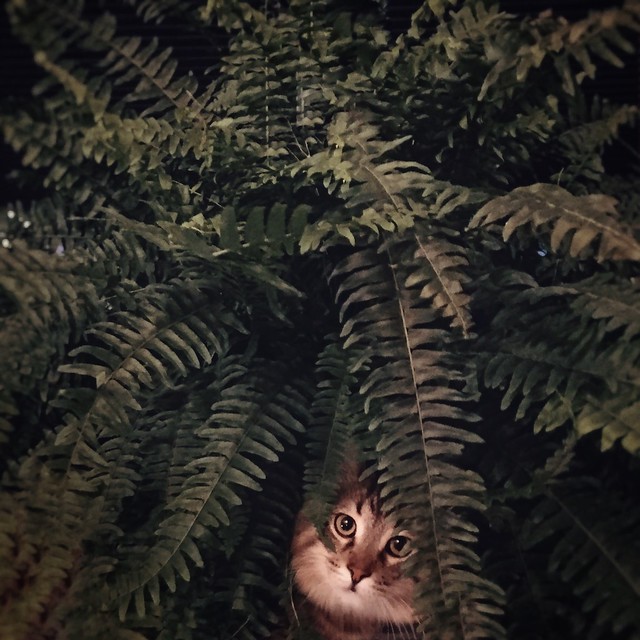 Apps used: I took the photograph with my iPhone 6+ and processed it using snapseed. Backstory: Most of the processing was to highlight my kitty’s face. Backstory: We have three cats. The one in this picture is our kitten. He is about 5 months old. But, he is a Maine Coon and he’s huge! He’s already much bigger than our two adult cats. We have an area of the house that we fill with houseplants. I brought home a fern and set it on a table. Oliver, the kitten, immediately crawled under the fronds and peeked out from under them. He totally had the look of a lion. I snapped a couple of shots before he ran off. That’s what I love about iPhoneography- it’s always ready. 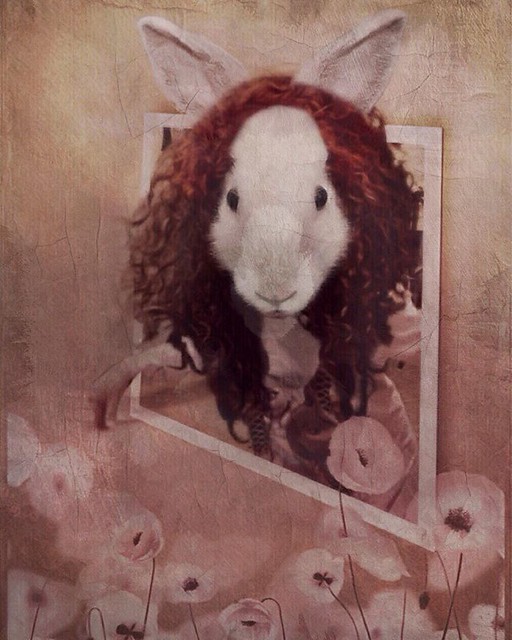 Photo taken in iphone 6 with ProCamera
Editing apps: Apps used:Amazing Wigs, Outcolor 2, Animal Face&Tail, Filterstorm, Stackables, iColorama.
Backstory: Really this image begins playing around new apps for me. The original image was a photo of one of my grandaughter. The movement of body was interesting, but not the background. First i use amazing wig app and choose a wig for the girl. After that, in outcolor 2, I build the frame that permet me forget the undesired background and concentrate over the movement of body. At this moment, in my mind born a story related to Alice in Wonderland, then I return on amazing wings app for the external frame with flowers. After that I put the face of rabbit with animal face & tail app and adjust in filterstorm with the two images: bottom the image with the face of girl with her wig and top the last image with face of rabbit and mask for better adjust the wig and the rabbit. After that i go to stackables for the texture and color, and after to icolorama with a bit of coherence and scrape, a little sharpen and deforms and blending the various version. When finished, I save and waited some weeks before I decided to share. I do this often at last time, if after some days I feel that don’t need anything more or any modification, it is finish and can share. 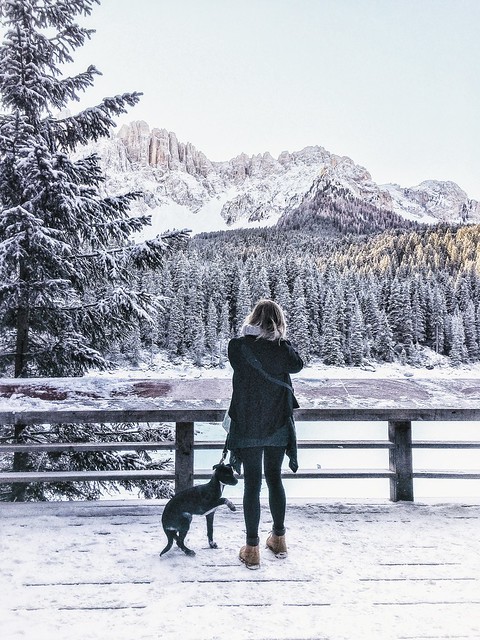 Looking for a rainbow. Apps used:Processed with VSCOcam with j6 preset

The Calm Before The Storm by Liz Traynor

Apps used: Snapseed Backstory: It’s the first photograph I posted on Flickr using my new iPhone 6s. I love the camera on this phone. I took this shot last Sunday at my son’s ‘Nippers’ training. Nippers are the junior section of the Surf Lifesaving Association in Australia. The kids are grouped in age groups and head off to the beach every weekend to learn about the surf and how to be safe in it. On this particular day, it was quite overcast, which is great for taking photographs. I stood behind the group to compose the photograph. I wanted to get the reflection in the water behind the kids. I also wanted to highlight the clouds in the sky. Once I had composed the shot, I used Snapseed to edit it. I did some tuning first with brightness and ambience then used the Black and White tool to convert it to this image. It is the high contrast option. I liked the way that this brought out the clouds and gave it that ‘calm before the storm’ feel.

Apps used: I used a Moment Telephoto lens and only Hipstamatic. I tried several combos until I got the look I wanted. In this case, I used Loftus lens,Blackeys Supergrain film and Triple crown flash.Backstory: This shot was made during the first snow of the season, not far from my home. The image was meant to convey the dreamy, foggy, snow filled air. The reflections in the icy lake were also essential to the composition of the picture. I felt black & white would convey the graphic nature of the scene, while heightening the desired atmosphere. 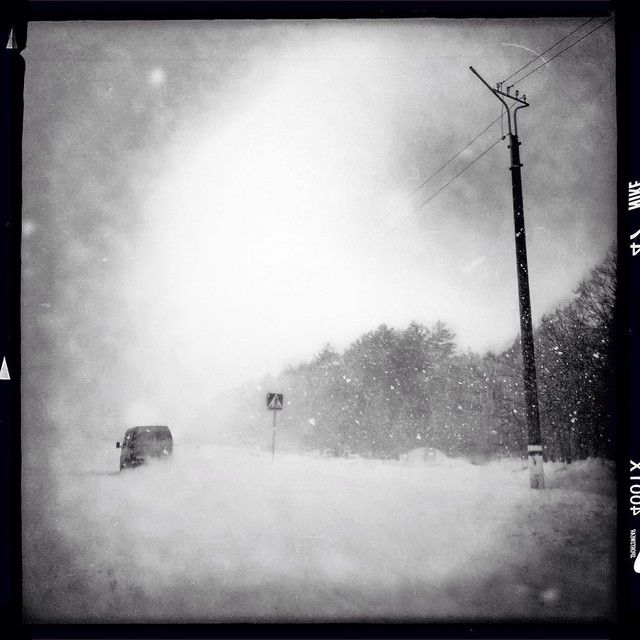 Apps used: This was taken with iPhone 4 using Hipstamatic’s John S Lens and AO DLX film. Some edits were made using Snapseed.  Backstory: I took this picture during a ski trip.  ! 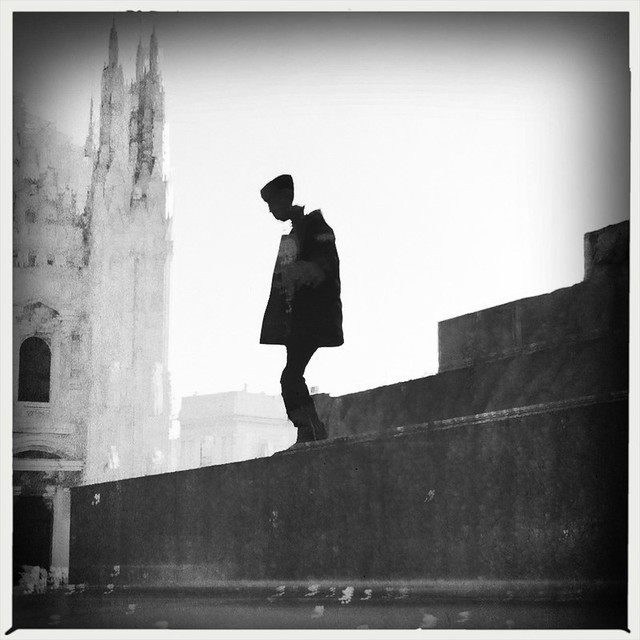 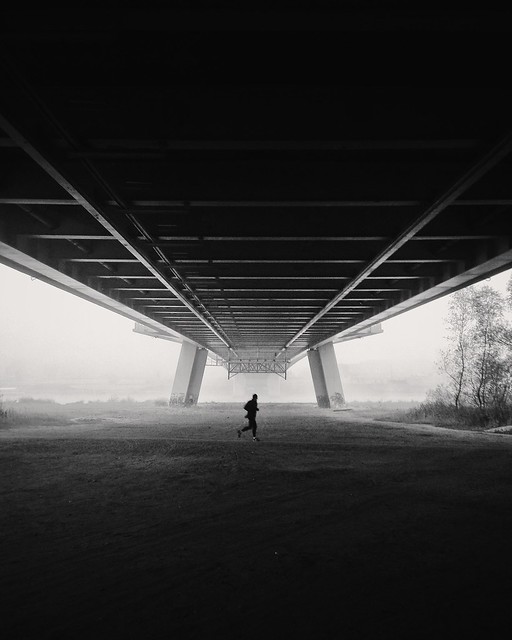 I’m Here Not To Forget Apps used: Processed with VSCOcam with lv02 preset 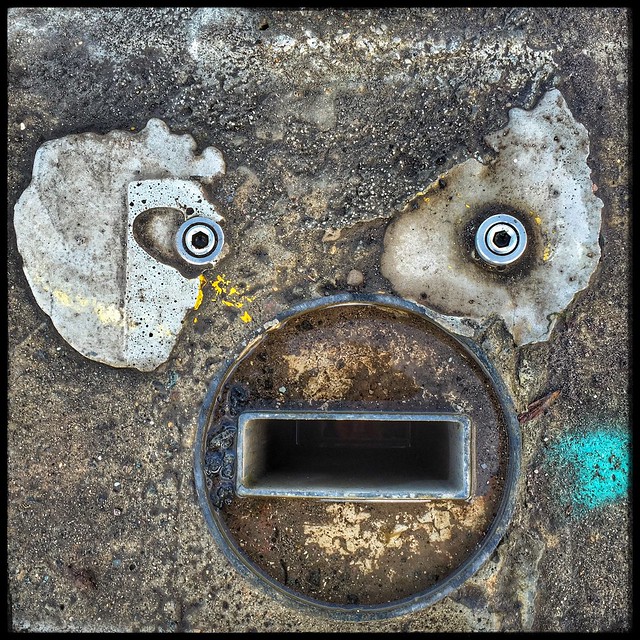 I spotted this ‘face’ in a car park, i literally looked down and it was staring back at me. This image was taken on an iphone6 and was edited in snapseed, i cropped the image and used the hdr and tune adjustments. This image features in my current 366 project. 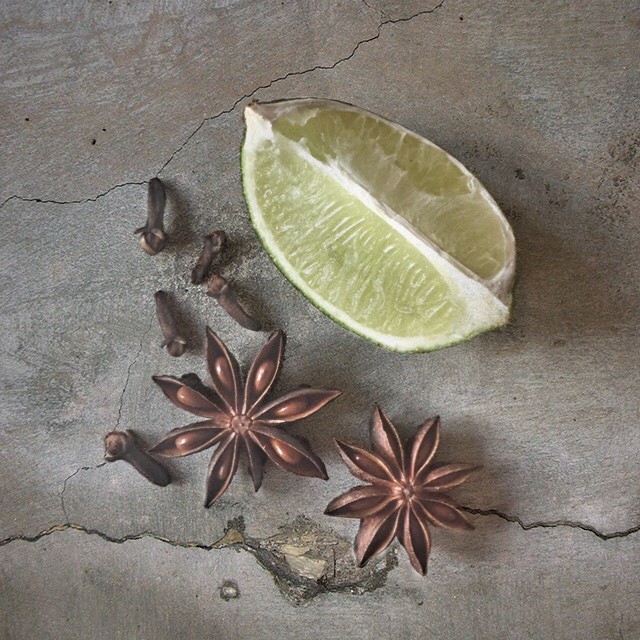 Apps used: shot with iPhone 6s plus. Edited with Snapseed and PhotFXUltra.
Backstory: Walking down a winding back road in Piermont, a quaint town right on the west side of the Hudson River, I spied this scene where only remnants of the old pier remained. Given the extraordinary sky conditions (a storm front moving out), along with the tall grasses and sensuous curves in this marshland area, I climbed a fence and used my iPhone 6s plus to capture the beauty of the moment. I used only Snapseed, a wonderfully versatile app, to crop and bring out the shadows without bleaching the highlights. Over-apping this naturally beautiful scene would have been a mistake in my opinion. I also used PhotoFXUltra to give it a slight softness and sheen.