This week’s Apps Uncovered represents a theme that seemed to reveal itself in the submissions this week, and I’ve chosen to title it “Muted, Monochromal or Minimal.” Pretty self-explanatory.

The lead image, by borisbschulz2009, like so many of the others, is understated, a bit vague, a bit out of focus and monochromatic. I can’t really explain why, but I found myself returning to it repeatedly – it was by turns mysterious and reassuring. 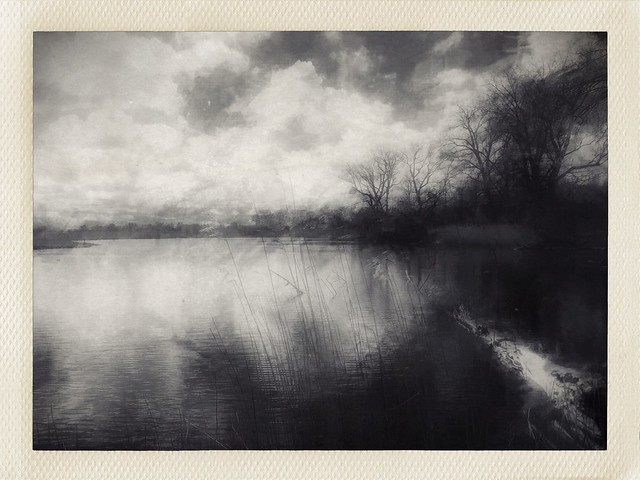 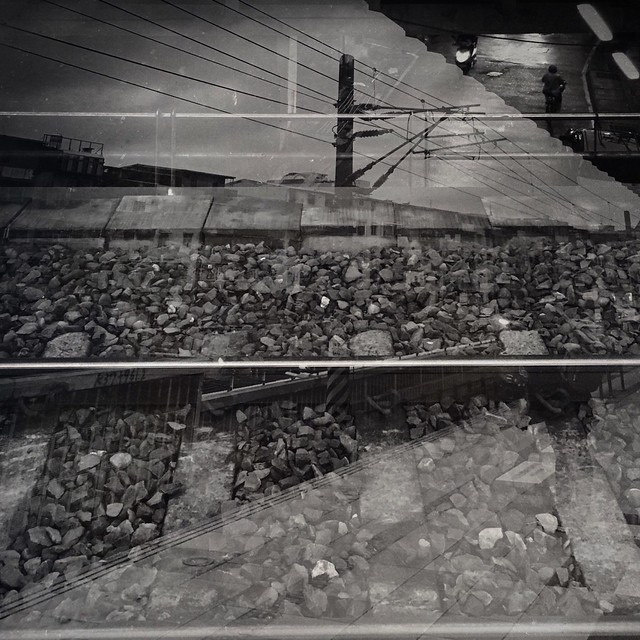 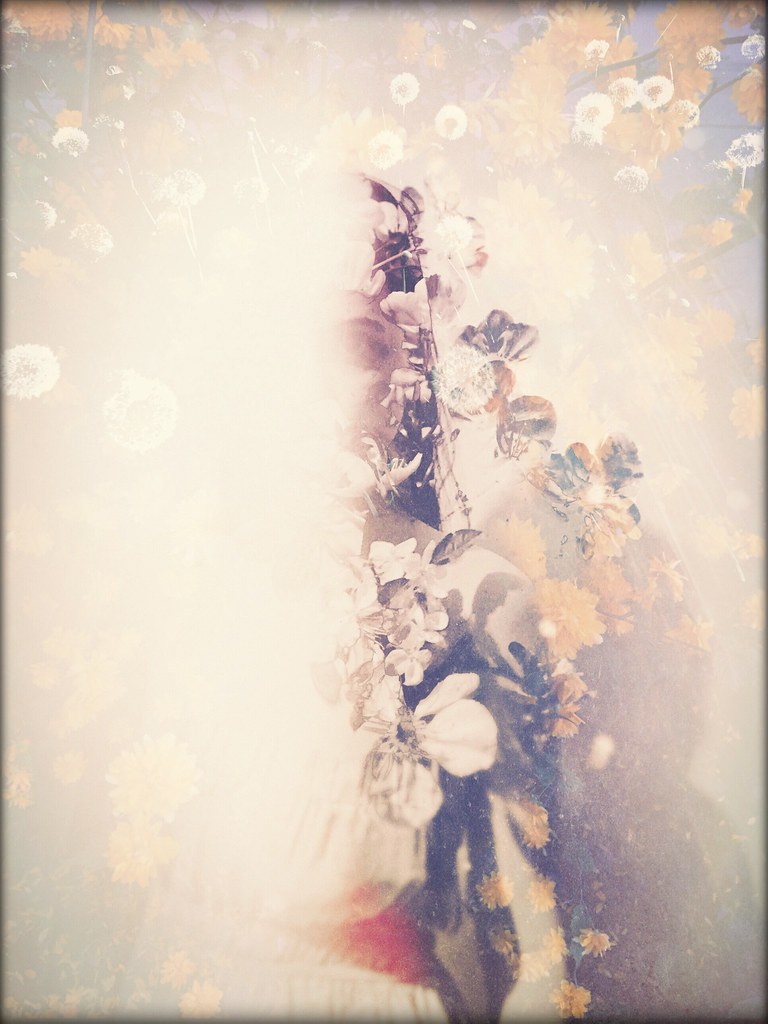 Spring notes are softer than the wind by Eliza Badolu

Backstory: The story behind the final image is quite basic in terms of mobilephone photography, as it directly derives from shooting and creating the self portrait. At first I edited the portrait by using Snapseed and Pixelmator. I wanted to achieve a partly edited portrait as the other half of the human is blured in order to emphasize the loss of one part . So the only part that does the talking is the other half, side of the self , on which I layered some floral motifs, as I had previously shot some blossom branches of flowers.

More than a Spring like portrait, I wanted to almost configure the smell and sensation that a windy , faded Spring day traces in the corner of our memory.

So the concern was once again led on to the sensations that derive from the tones, shades and mist of faded colours. 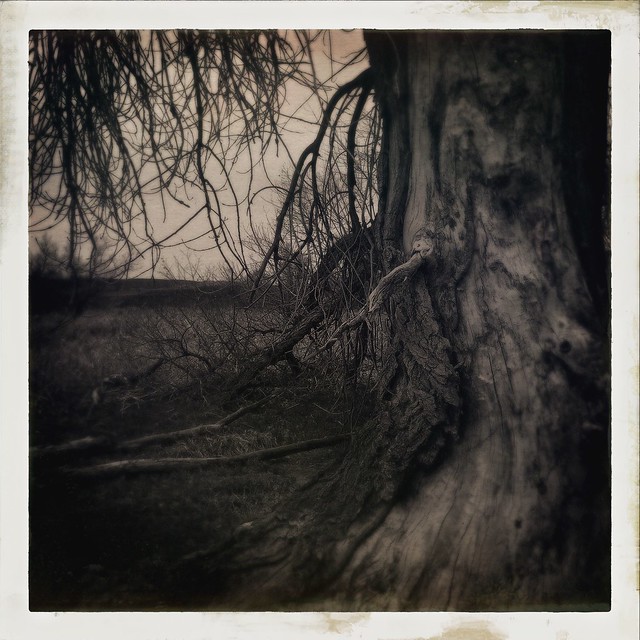 Back Story: I’ve photographed this tree so many times that one would think I could get nothing new out of it. Every-time I see it, it’s as if I’m seeing it for the first time. I shot this on a very grey day and wanted to emphasize the darkness. 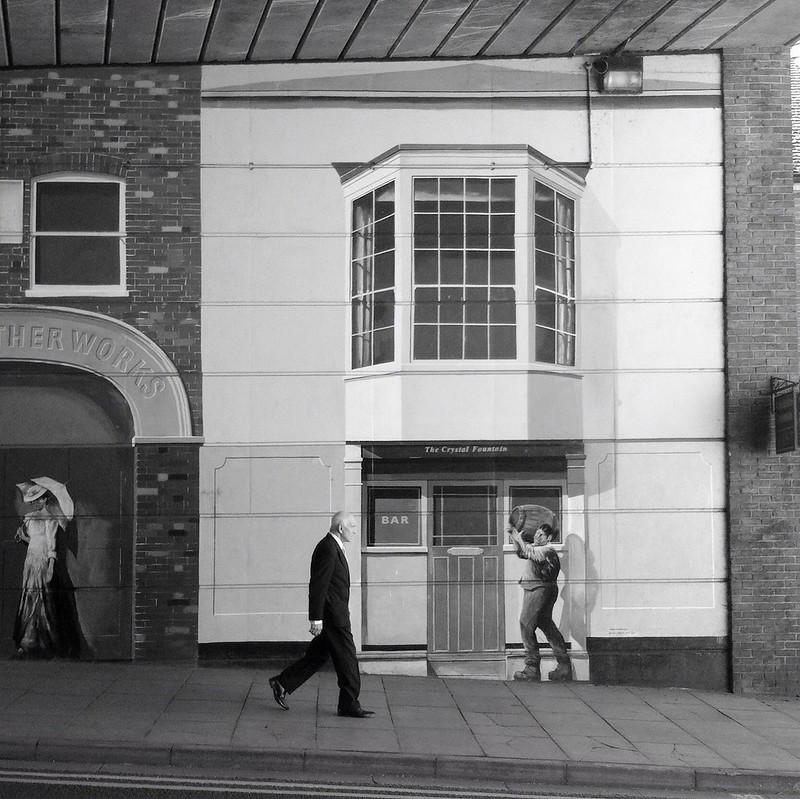 Apps used: I took this image with the native camera app, adjusted the levels, cropped and straightened it in Snapseed and finally converted it in Noir.

Backstory: This was taken in Salisbury in England; the sides of a road overpass is painted to represent the historical buildings that once stood there. I wanted to capture the surreal image of a painted figure from the past interacting directly with a modern occupant of the town. 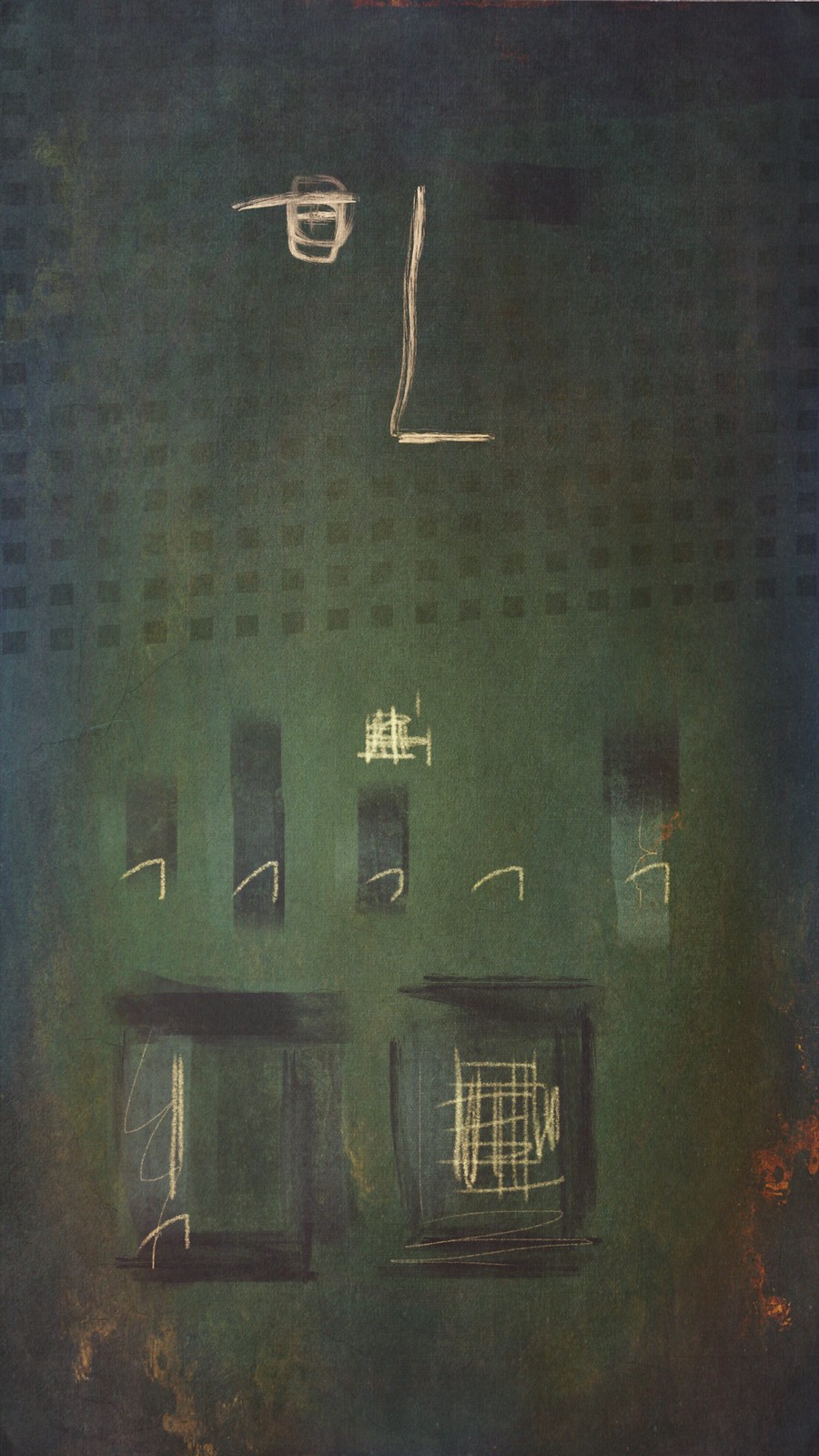 Stories from Inside | Incognito by Clint Cline

Apps used and backstory: This was an unintentional shot that I really liked after seeing it a few hours later when I arrived home. We had gone out to breakfast at a local cafe and were seated opposite the family in the photograph. I saw the family and debated whether or not to take their photograph. It was the way the light from the large overhanging lamp was shining down on them that made me want to take their photo. They seemed so happy and content, sitting in this little bubble of light. How could I not want to capture that moment? I processed it pretty simply in Snapseed – cropping a little first. Then I went into tune image and adjusted the brightness a bit. I also wanted to emphasise the light shining down so I used the brush tool to increase the exposure on just the children. I then converted it to black and white and added the vignette using the vintage filter.

Apps used: I used slow shutter app with the motion blur effect for capture. Post-processing with Snapseed, Stackables and Mextures.

Backstory: I visit occasionally on the yacht of a friend on the Arcachon basin in France. That day the light was very special because the storm threatened. The beach view was beautiful from the boat.

Sunday Morning in Paris by rrag3 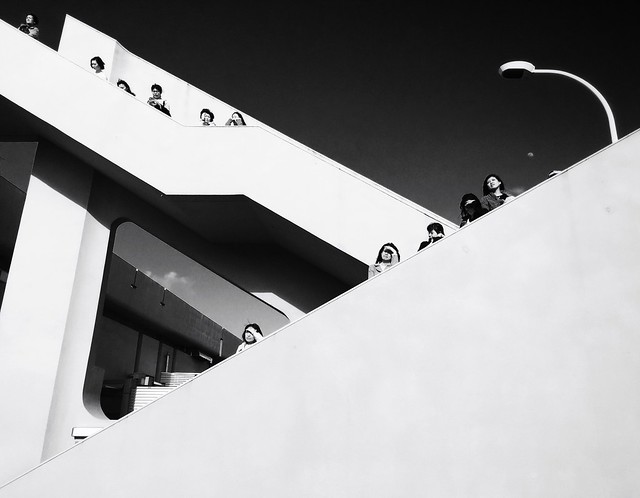 Apps used and backstory: ‘Modern Romance’ was taken at Yoyogi stadium, Tokyo – a favourite place of mine for photography. I was walking through on the way home from the park and there were all these people lined up waiting to get a photo of some famous ice skater. I really love this architecture and all the people there waiting to get a glimpse made it a lot more interesting. I then made a few adjustments in Snapseed. 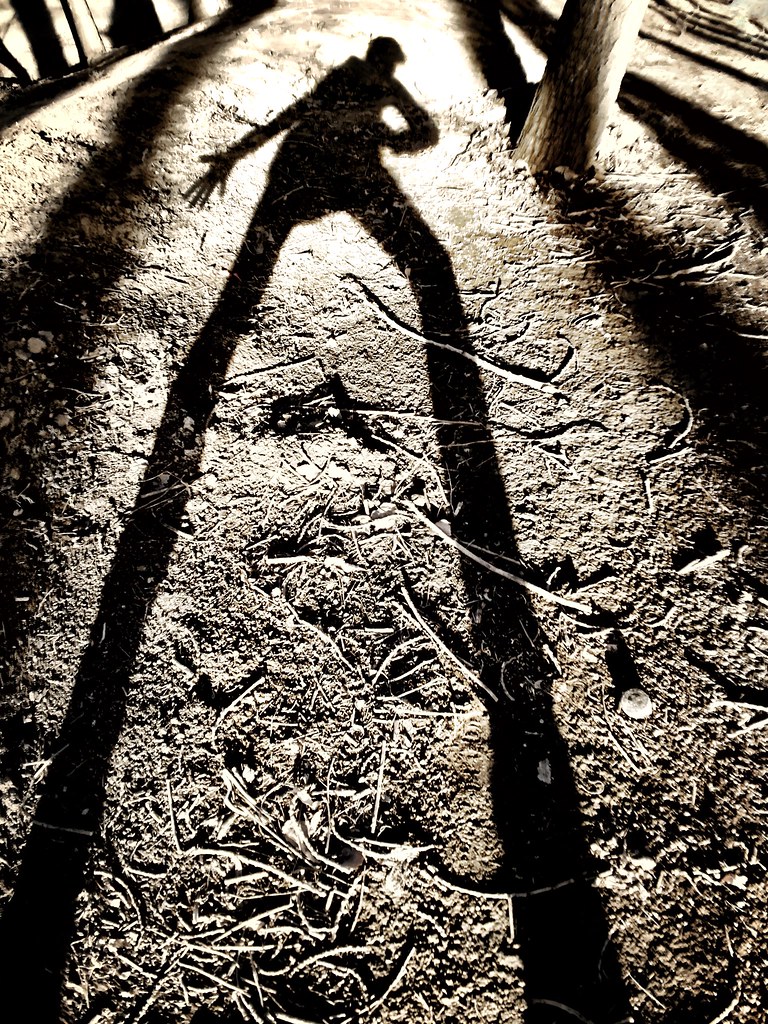 Volition as a Dancing Shadow by Paul Yan

Backstory: It was in a warm late winter afternoon that a photo-walk was taken in a botanic park near home. I saw the shadow of everything elongated by the late afternoon sun and started to look for a spot where I could incorporate the shadows of trees and my body into a composition in which the human form would be accentuated by the strongest light acting as some kind of a spotlight in a triangle framing. After setting the white balance and focusing on 1/3 into the frame in the ProCamera app, the image was made.

Editing was quite simple: the [Tune Image] module in Snapseed was used to slightly decrease the saturation, darken the shadows, and bring up the highlights. Various spots of the shadows were then rendered even darker in the [Selective] module. Very small amount of upper and right real estate was cropped away in the [Crop] module.

Our stream of consciousness is constantly conditioned by every happening in our surroundings and in ourselves, and our volition thus dances like a shadow in fluctuating light. We just have to make sure it dances for the welfare of all beings. 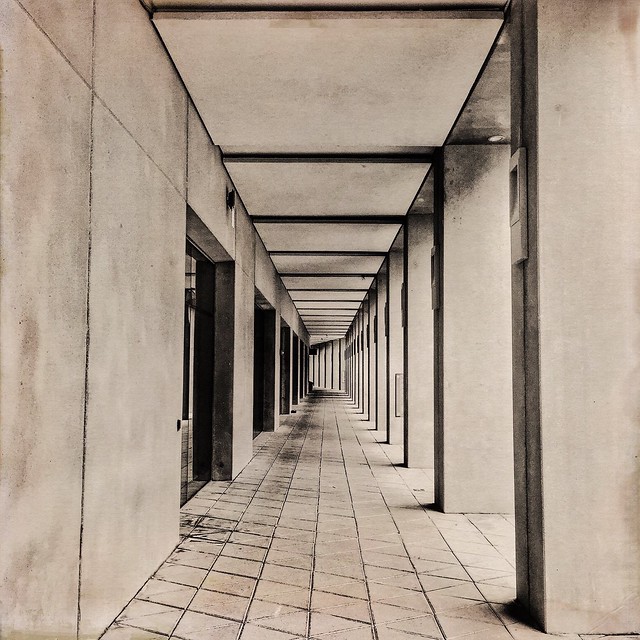 Second star to the left by Tomaso Belloni

Apps used: I shot with the iPhone 6 default camera, edited with Snapseed, then imported into Hipstamatic (Aatto lens, Uchitel 20 film).

Backstory: The NYU campus in Abu Dhabi is a great place for photos. The covered paths provided good targets, but this in particular has the twist at the end, suggesting infinite length. 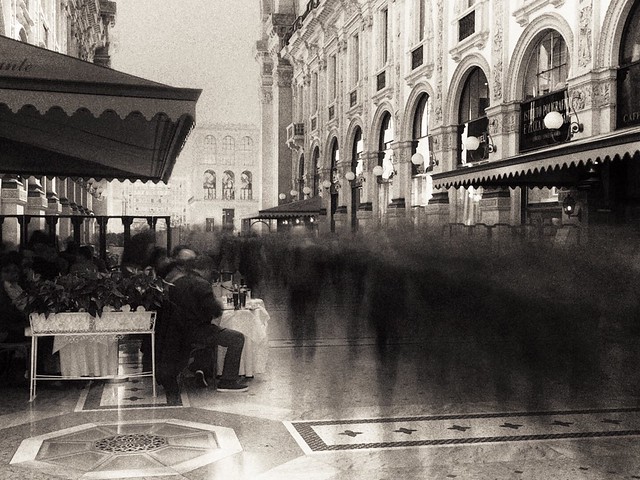 Birds of passage 6 by Davide Capponi

Apps used and backstory: This photo is part of a series inspired by one of my favorite photographers, Alexey Titarenko and his use of long exposition on street photography so well depicted in his series “City of Shadows”.

The name of my series, “Birds of passage” represents a story of people coming and going in our subjective reality, sometimes leaving a mark, sometimes only a gray trail in our memory.
The series was shot with an iPhone 6 mounted on a tripod with the Manfrotto TwistGrip clamp (a new product about to be launched) and a Shuttr remote.

The photos were shot using the Slow Shutter Cam app in bulb mode, with manual exposure times varying from 2 to 60 seconds.

I applied a light postprocessing using the “Noir” effect of Snapseed to turn the photos to monochrome and add some grain.

The locations were in Turin (Piazza Castello and around) and Milan (Piazza Duomo), both selected for the architectural background and the density of the crowd, a key factor in this style of photography.