My Apps Uncovered this week captures what I found to be the most compelling images posted to our Flickr group. This week’s lead artwork, Art: Rug & Tiles + ART by Ronald Banzon, captures a number of competing textures and patterns to create a tableaux that teases the eyes. 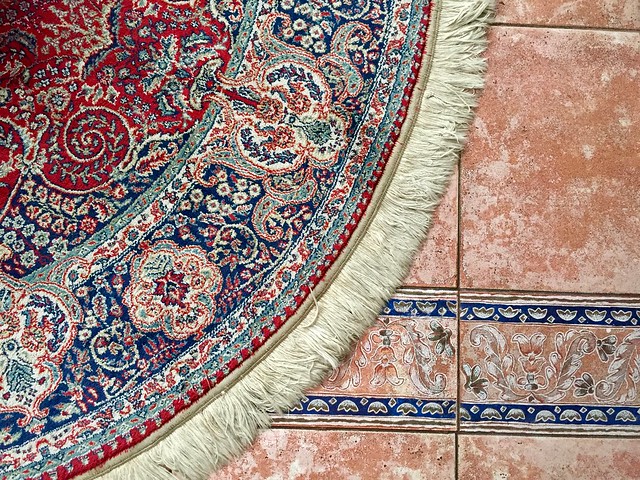 Apps used and backstory: I was thinking of sand and associated colors during the Holy Week break. It is a period when many reflect on life and death – simultaneously a contrast (like that of the hard tile and the soft carpet) and suggestive of a cycle or repetition. The carpet (associated indoors) pattern with similar colors to tiles (associated outdoors: another aspect of contrast) that it sits on is also suggestive of a pattern, though the repeat structure was not shown in either the carpet or the tiles. The color similarity provided a degree of unity to what was suggestive of contrast/opposition. Unity is similarly suggested by their implicit pattern. The title attempts to mimic, through recursion, this implied pattern.

Lighting was natural. Only a slight tweak in color, to better represent the actual visual image, was made. 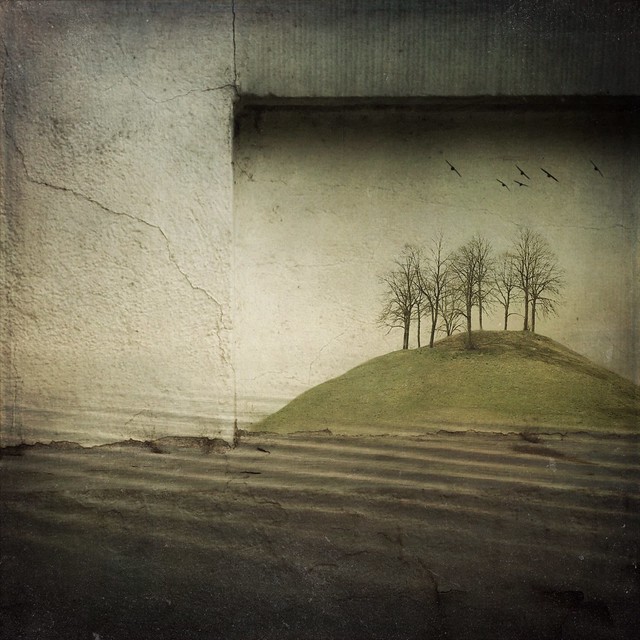 Boundless floods in the land of dreams by Sarah Kuhn

Apps used: Snapseed, Stackables, Superimpose, Mextures, DistressedFX
Backstory: The picture consists of 3 photos which I took at different times and in different places. It was my intention to create a landscape, which at the same time should symbolize vastness and narrowness. So I first used Superimpose to unify the pictures of a lake and a deepening in the wall, then I added the hill with the trees. I played around with some filters and textures in Snapseed, Stackables and Mextures to achieve a uniform appearance. As an additional symbol of freedom, I added the flying birds with DistressedFX. 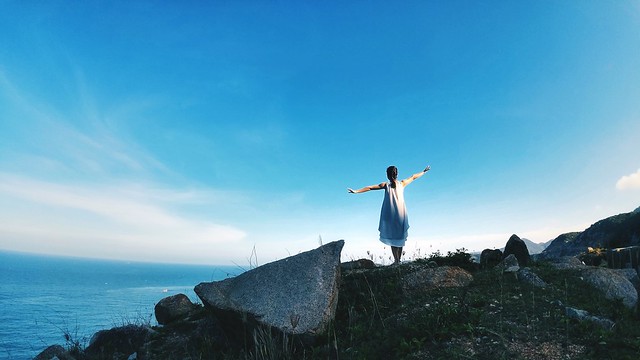 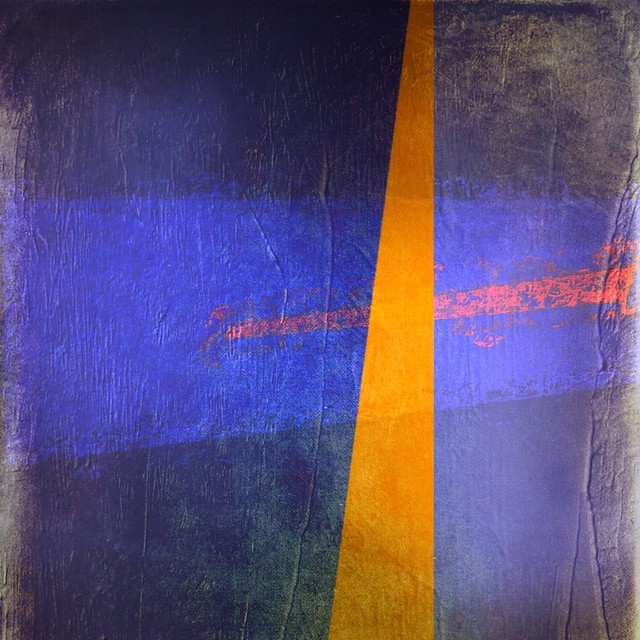 Backstory: The story to this is image is within the context of the six-image series entitled “Living Water,” a typology of the Easter season that followed its publication. The series introduced the idea of human conflict to an ordered world, the rebellion that followed, and subsequent divine intervention, forgiveness and accord that ultimately restored order and peace.

The work entitled, “Forgiveness” introduces the symbolism of the cross on which God’s Son, the Christ, died in order to restore humanity to a right relationship with a holy God. It is represented by a jagged (broken) line, enveloped in a holy aura, and crossing the divide created by the conflict (sin). The use of the DistressedFX app greatly enabled me to find the right texture and glow to illustrate these concepts. 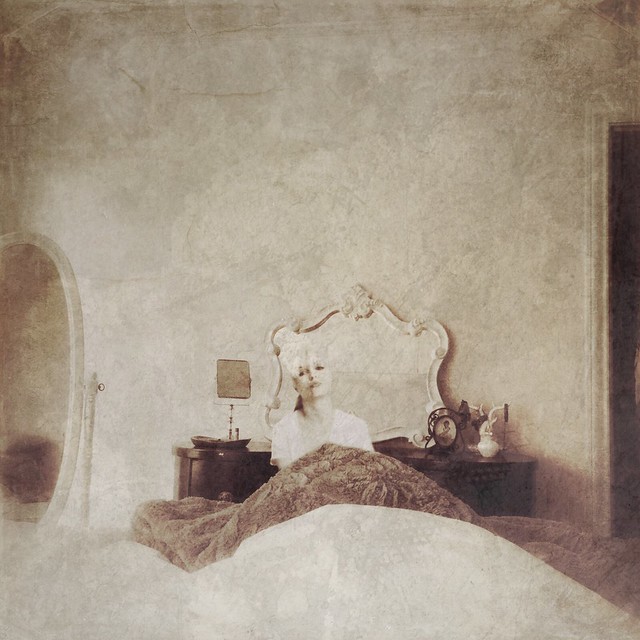 Where is the life that I recognize? by lorenka campos

Apps used: Native camera iPhone 6+, Superimpose, Stackables, Snapseed and DistressedFX. Backstory: I recently moved to Texas after living most of my life in Florida. I have been renovating, painting and unpacking for many weeks, but am having a hard time feeling at home here. This transition, plus other life changing events occurring over the last couple of years, have me feeling like I slipped into another plane of existence that I just don’t recognize as my life. 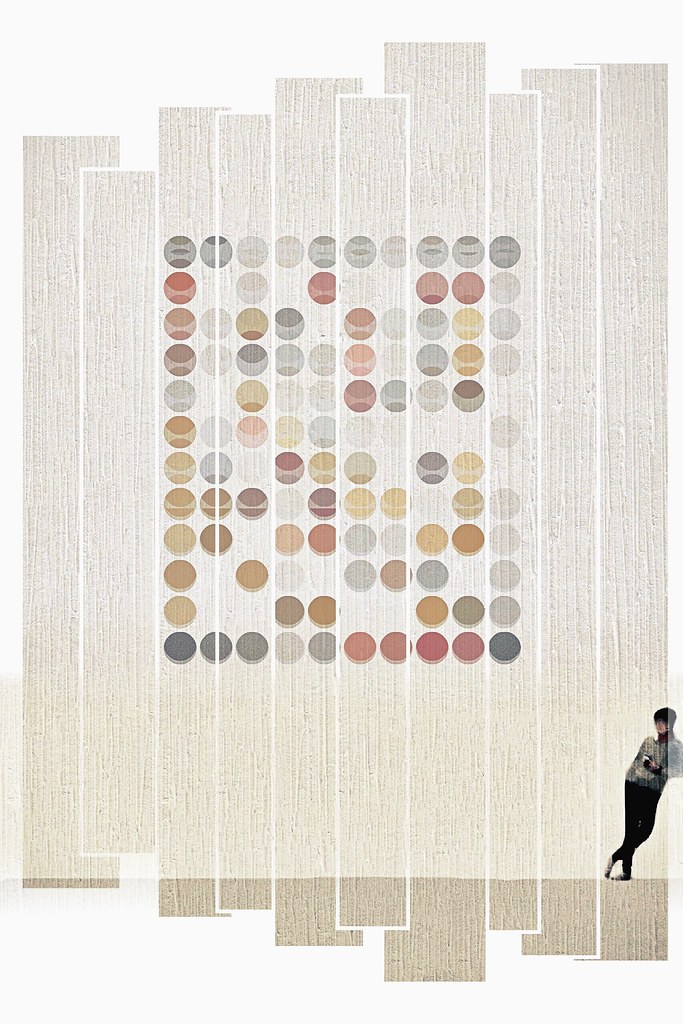 marbles in the sky by jun yamaguchi 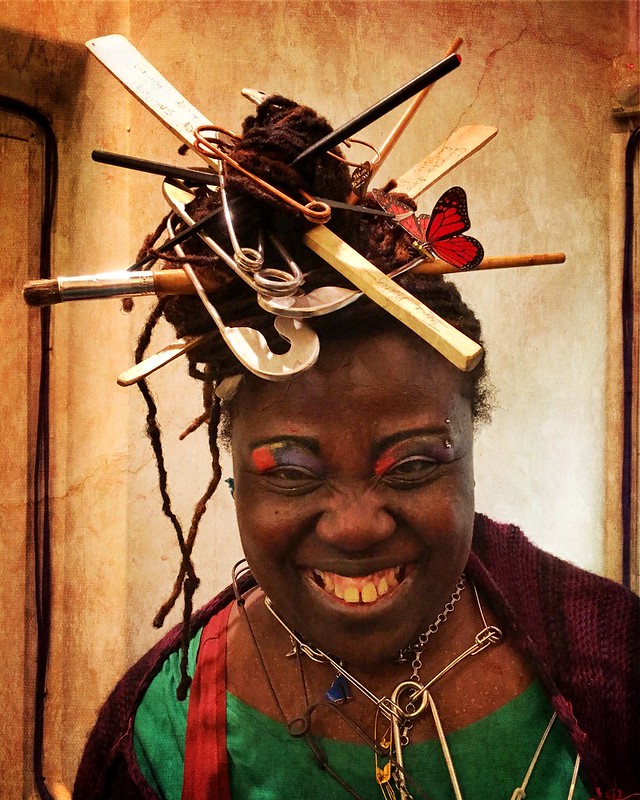 Apps used and backstory: I met Kizitta recently at a private view of her work – she’s a textile and fashion artist. I was bowled over by her energy and style and, with her permission, took a photo of her using Hipstamatic on my phone. I processed the image using Snapseed and Stackables to brighten it up and add texture. I was trying to bring out her warmth and the vibes she sends out to everyone in her presence. 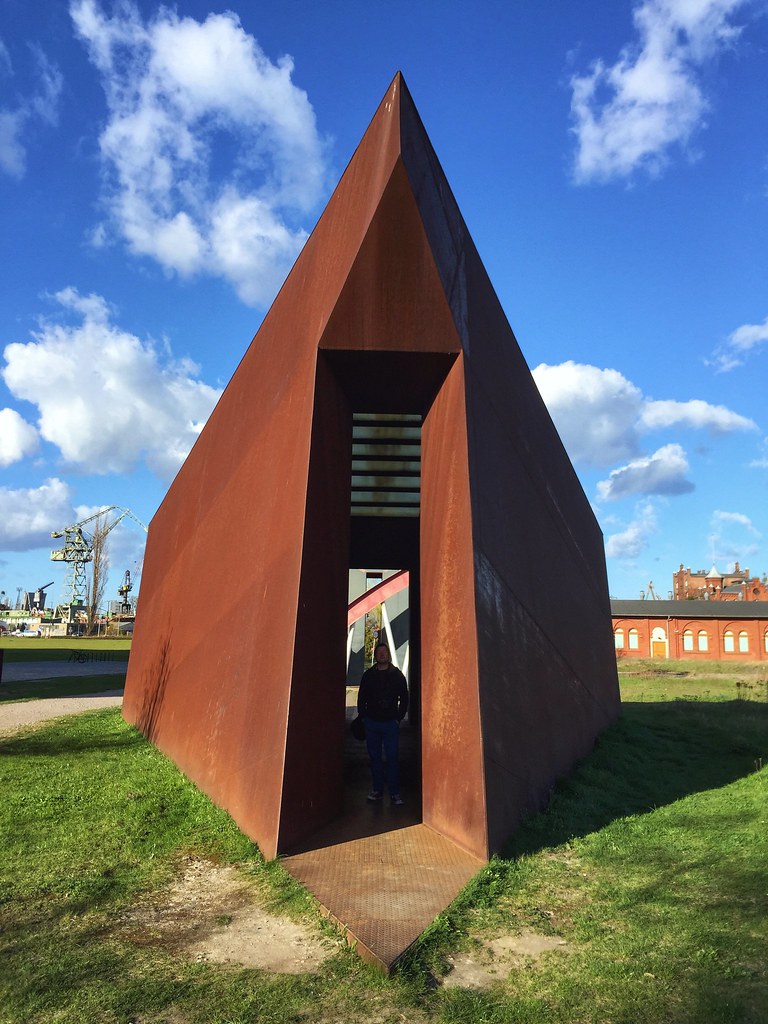 Apps used: In postproduction, I never omit Snapseed, which is my basic tool, and to enhance colours and contrast I have used VSCO.
Backstory: During a recent photoshoot at Gdansk Shipyard deserted areas I approached the majestic building of European Solidarity Centre, a modern interactive museum presenting the dramatic history of Central and Eastern European countries’ struggle for freedom. To enrich its design, the museum has a number of little side buildings and one of them attracted my attention. With the scenic background of shipyard facilities and vivid clouds on a chilly April afternoon, the intriguing, abstract shape of the building and its colour perfectly fitted the whole composition. To complete the idea, I asked my photographer companion to enter it and, as I usually tend to frame conceptually, the title I finally gave to the photo renders what was planted in my head while standing there and preparing for the shot. 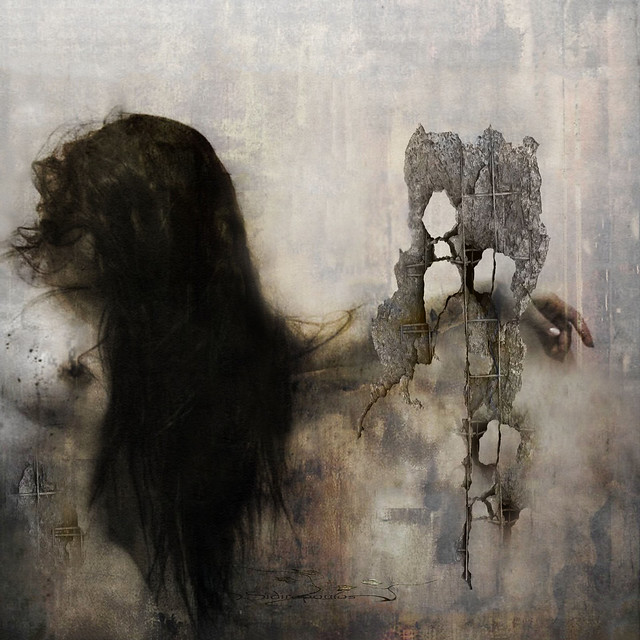 Apps used and backstory: .Creating my “resurrection was an idea these days to honour the women to their daily crucifixion and their #resurrection that finally must come one day . They are fighters for love peace equality teach