This week’s Apps Uncovered presents a selection of what I found to be the most interesting images for the week in our Flickr group, across a wide range of styles – but with a common subject: people in groups. (The one exception at the end of a person alone merely proves the set – there, I’ve gotten out of my dilemma).

This week’s lead artwork (… by Maarten Oortwijn) would appear to be that of an artist at work, but his interior landscape is not alone. Is the artist attempting to transfer that imagined/recalled moment to paper? We’re left to determine for ourselves. 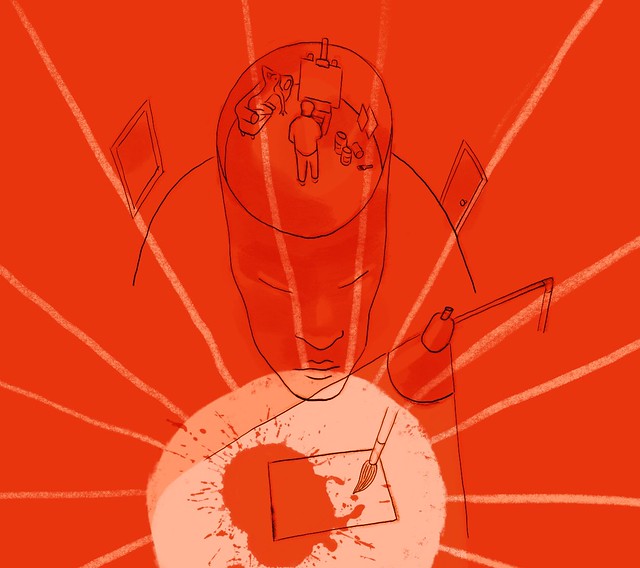 Apps used and backstory: Created entirely with Procreate. It is basically an extended remake of an old picture that I used on my old website. While building my new website from scratch I wanted to upgrade that picture but still based on the original idea.

Started with the line drawing and experimented with some different way to colorise it (see my previous pictures). With the red background I knew I was onto something. Last minute I got the idea for the red splat and the light beams. 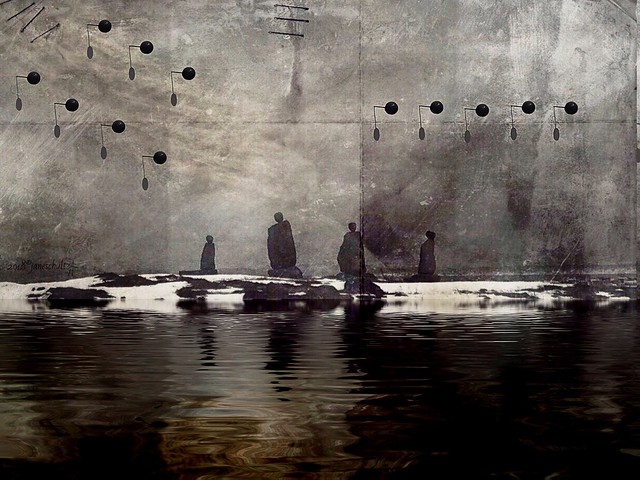 Apps used: iPhone native cam, Reflect, Juxt, ScratchCam
Backstory: On a desolate Icelandic landscape, beautiful as it existed yet calling out to be recreated, sit three cairns stemming from Viking times. The scene as shot, like many landscapes in Iceland, was haunting and had the feeling of being a lunar landscape. This created the mood. 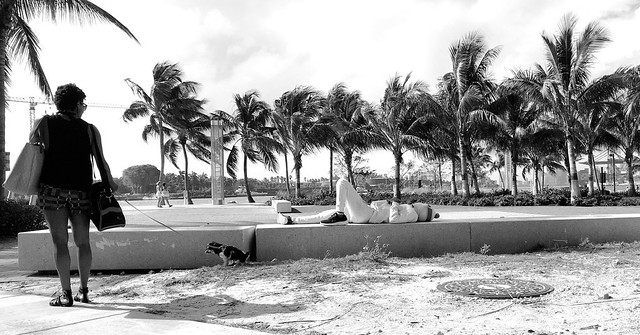 Apps used and backstory: The photo was taken while walking around Southpointe park on South Beach, Miami Beach. I always have my iPhone 6s handy for moments like these. I like taking photos in black and white and playing around with the editing controls to fine tune them to my liking.
The photo was taken with the 645 Pro camera app. This app has some nice controls and film grades/grains, as well as filters. I used the F4 B&W subtle contrast fine grain film filter and the neutral Gradient #1 filter.
The aspect was 16:9 to capture the length of the scene. I fine tuned the image with the photos app. Thanks iPhoneography Central for liking my photo enough to feature it in the weekly section. 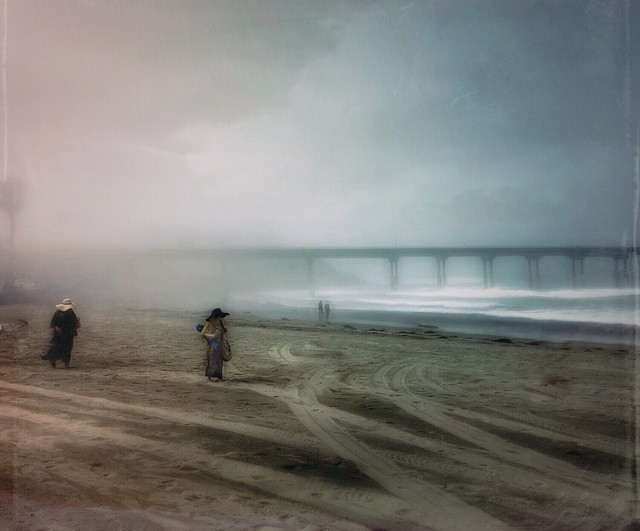 Apps used: The image was edited with Snapseed and IColorama.
Backstory: I took the photo at Ocean Beach in San Diego. My sister was visiting last week from New York and we did some sightseeing. The fog rolled in as we were there which made it ideal for taking some great shots. 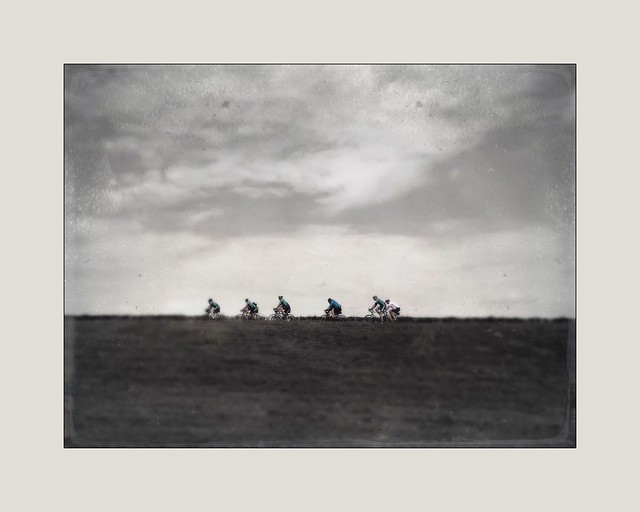 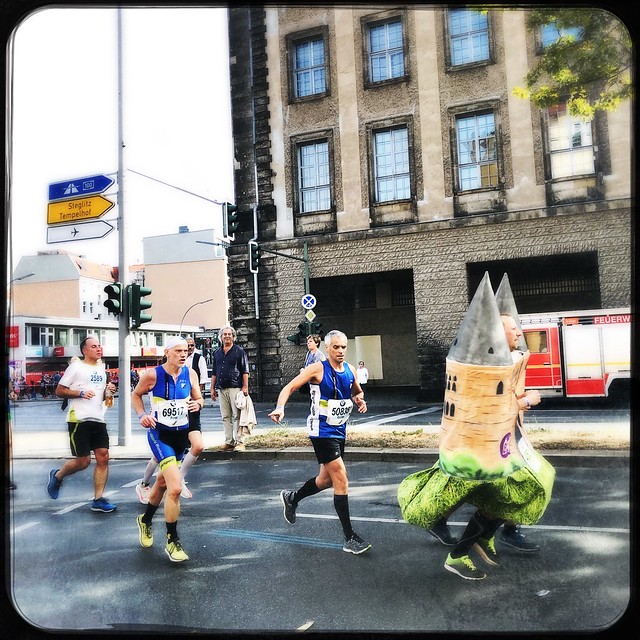 App used: Hipstamatic with Loftus lens, Love81 film, and TripleCrown flash.
Backstory: This photo was taken at the Berlin marathon with the iPhone7 for my 365 day project using only Hipstamatic photos taken with the randomized shuffle effect straight out of the camera. I like watching the late runners—the older ones and the ones dressed in silly costumes. 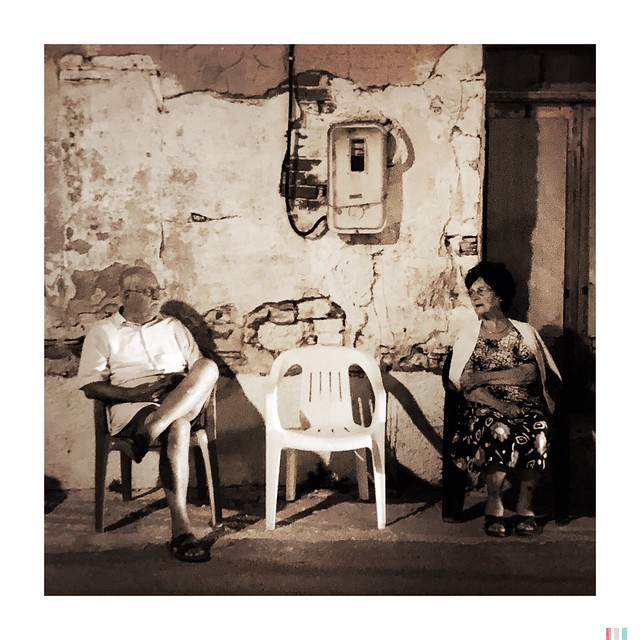 Apps used: Snapseed, Oggl (Jane-Blanko Freedom13)
Backstory: This photo was taken at Kokkari, Samos. This place is very lively at nights with lots of restaurants and shops. However, there are still silent spots where locals sit and chat on the streets in front of their houses. I found this scene a bit melancholic with the old background and the old people, giving the feeling if they are waiting for someone to cheer them up. 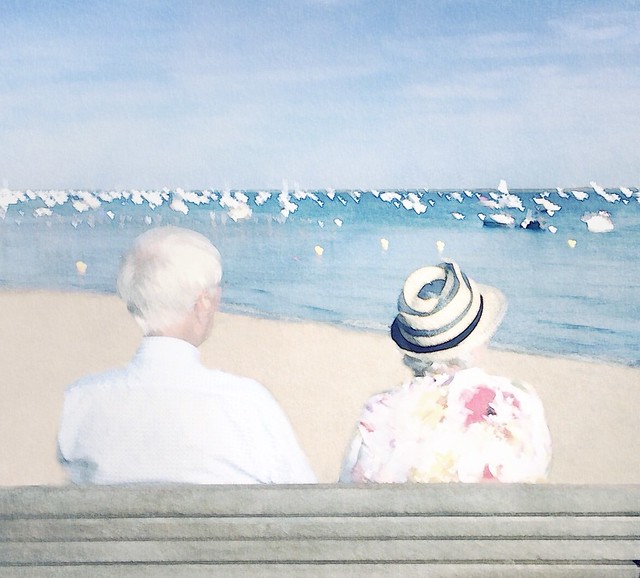 Apps used : Slowshutter app, Icolorama, Snapseed, Leonardo, stackables app
Backstory: I am always moved to see older couples watching the ocean together. they seem to share their vision of the world with tenderness. 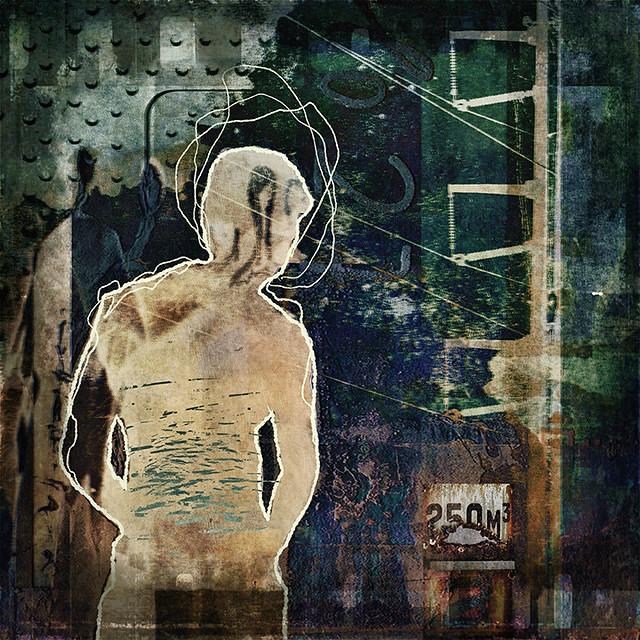 Apps used: New figurative work created in Art Studio Pro. Frame added in iColorama. No other apps used.
Backstory: I wanted to try some different methods of creating abstract figures as well as using some new apps for me. This one emerged during the learning process in Art Studio Pro.