This week’s Apps Uncovered presents a selection of images that each embrace the more limited tonal range of black and white photography to capture the world in stark and sometimes spare settings.

In pole position is 260/364 by intothestillness. In light of American Halloween (all Hallows Eve) coming up next week, this seems like an image that appropriately suggests the thrills and chills of the season.

Backstory: This is an old duster in an old Japanese-style house. I don’t know why, but strongly felt that the mislaid duster had presence. This photo was adjusted without damaging the original textures in poor light. 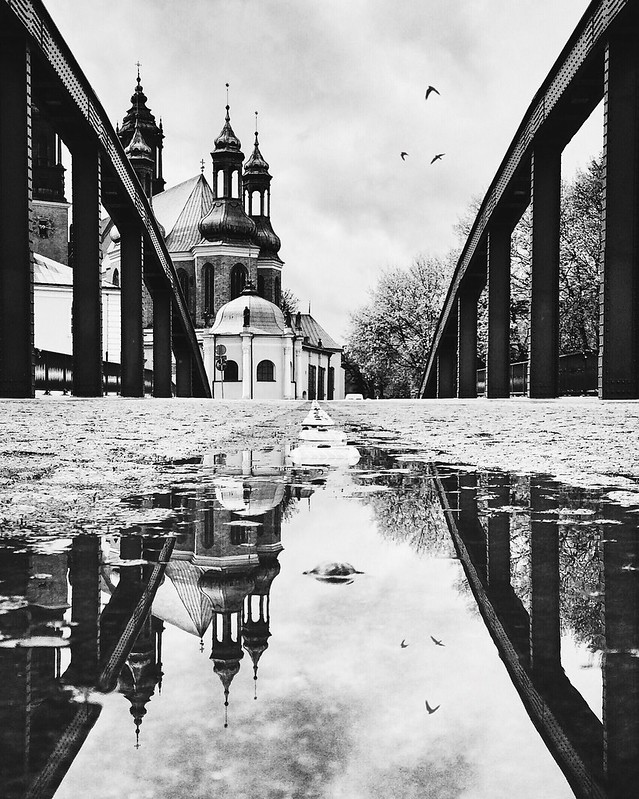 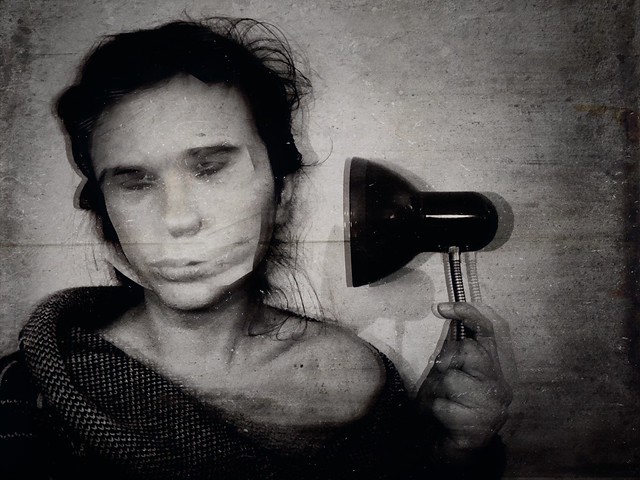 lights on, masks off by Eliza Badoiu

Apps used: I experimented a bit with the layers of Mextures (app that I have only started to use now since my iPhone journey settled in). I moved to Snapseed to adjust lights and contrasts, adding an extra filter and I have finised it in PicsAsrt which allowed me to create and reder this motion aspect and detaching part of the face by adding the mask above. It was amazing fun. It is my favourite concept, while trying to state once again the continuous and never ending search of one’s identity and the female psyched ID.

Backstory: The story behind the picture is quite basic. I have been keen on mobilephotography for over two years now, but I used to operate my editis and shots on an Android device. This is actually a self shot I have took, when last week I switched on to the Iphone adventure. The concept is simply connected to the true idenetity of the self , it’s about the multiple shades that our inifinte ,possible selves can acquire during an oridnary day. That’s way I wanted to achieve a moving effect , switching from the actual mask we wear to the others to the faces we keep hidden inside and never lighten up or share entirely with the others.

I had a broken lamp that suited me for the context while hanging around the house.

pieces of me by Trish Korous

Apps used: Shot on my iPhone 5c with the Hipstamatic camera with the Rock BW-11 Film and the Lowy Lens.

Backstory: I am packing my household for my return to my home city of Chicago; I am a bit stressed and anxious. Just a bit. These were in frames, I took them out, placed the frames in the donation pile and ripped up the photos. I arranged them (somewhat) on the kitchen floor and grabbed my iPhone. When I did the original shoot, this photo was a favourite of my then love. I think this might have been the final cleanse of the relationship that ended in January. It felt cathartic at the time. 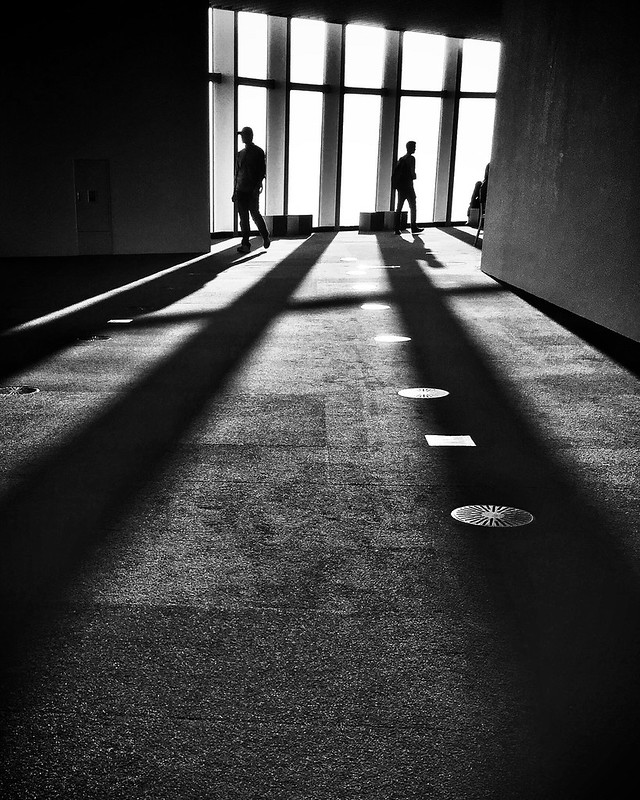 Inside looking out by drzzz1977

Apps used and backstory: The photo ‘Inside looking out’ was taken at Roppongi Hills City View. This is my favorite place to view the Tokyo skyline and in autumn and winter you get these crisp, clear days so the light is fantastic. Anyhow, on that day there was this brilliant sunlight shining in creating these great shadows.. I wanted to capture the silhouettes and shadows of the people looking out. After a few minutes a couple of guys stepped into the frame. I then edited the photo in Snapseed – mainly tweaking the contrast and shadows.

Backstory: I made this photograph of a North Korean soldier while at the Korean Demilitarized Zone (DMZ) on the DPRK side of the 38th parallel. It was in this room at Panmunjom that the Korean Armistice Agreement on June 27, 1953. 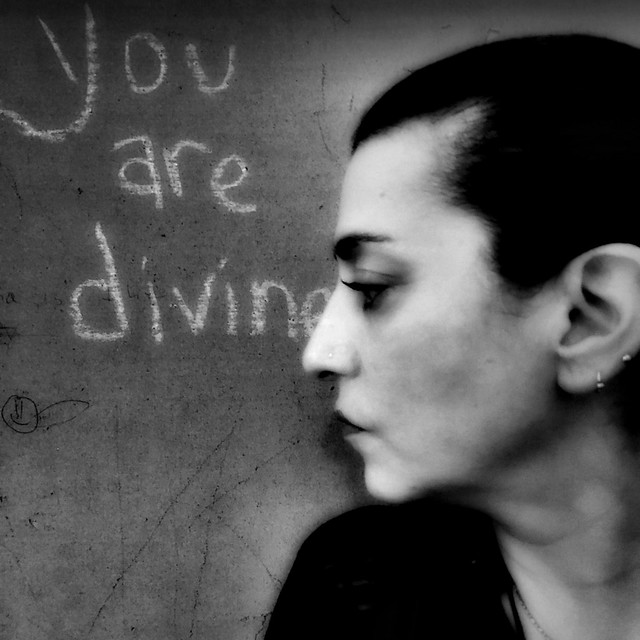 You are divine by Armineh Hovanesian

Apps used and backstory: There’s this board backstage at a theater I worked in this month. The words “you are divine” is plastered on permanently. As I was passing by I decided to take a photo with this “message”. The original shot was taken with my iPhone6 using Hipstamatic 300 and the edits were done using the following apps: Snapseed to adjust the brightness, shadows, highlights and saturation plus the Glamour Glow. Once desired look was achieved, I then used Rainy Daze to add more “romance” to the photo.

Apps used: I used the Akira Lens AO BW Film with the Hipstamatic app (Oggl) to get the contrasts in light and dark on the rather dull day.

Backstory: This particular October day was extremely windy with rain showers and I had hoped to capture ‘umbrellas in the street’ when I headed into the city to take photos. However, because the wind was so strong, many people were not using their umbrellas (including myself) as they were acting as ‘sails’ and many were turning inside out. I was happy to capture a moment when the gusts were not quite as strong, and the umbrellas were up.

Apps used: I used the Akira Lens and AO BW Film with the Hipstamatic app (Oggl).

Backstory: This little dog looked quite abandoned sitting in a basket on the street, as it’s owner set it down to put their bike on the city bus.

Apps used: 645 Pro application with my Iphone 6 and Covr / lightroom for processing black and white

Backstory: i was in my way to home. i was looking for a light stand when i spotted the dog. it reminded to me a known painting so i took the picture. 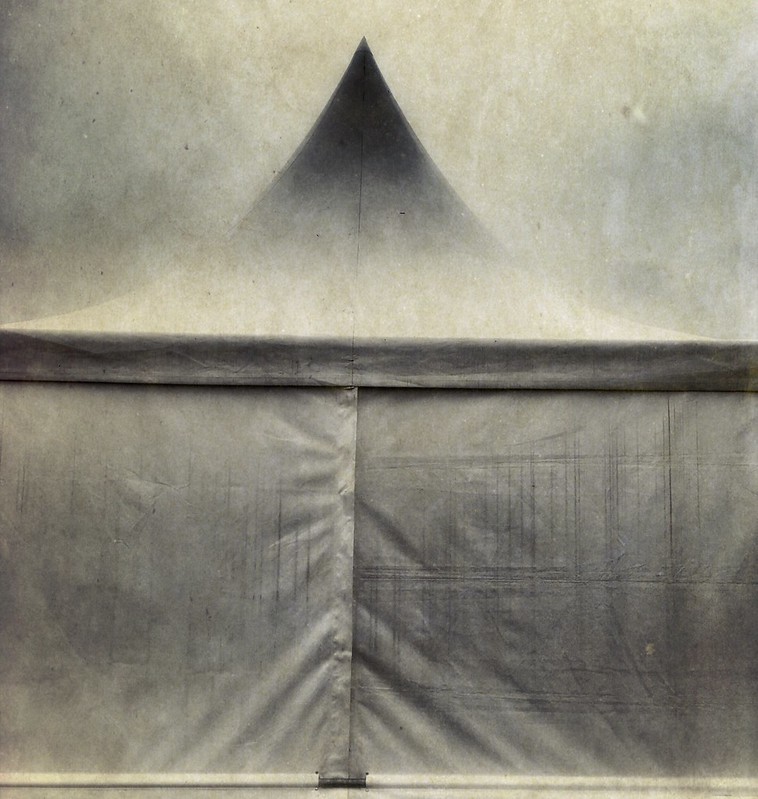