This week’s Apps Uncovered presents a selection of what I found to be the most compelling images for the week in our Flickr group, across a wide range of styles and subjects – but with one common theme – fantastic scenes and mythical moments.

This week’s lead artwork, Lost Ticket by Angie Lambert, seems to evoke travel in a moment from a long-ago time and place, or one in a strange land not dissimilar to the one inhabited by Harry Potter, perhaps. 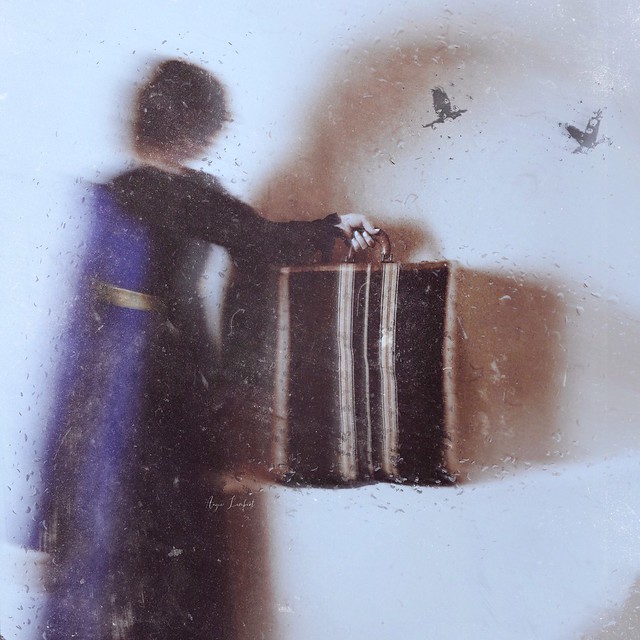 light and shadow_1 by Radoslaw Celewicz

Apps used: Camera of iPhone 5s + Union + Trigraphy + iColorama + Superimpose + Trigraphy + Union + Mextures
Backstory: I like to explore the possibilities of different apps. At the moment I like the geometrical forms and I explore the effect of different geometric combinations.
The picture is the result of such an exploration.
The starting point was a photo collage of a sidewalk. This collage I have deformed and alienated in several steps and so the idea came up – to try the contrast of light and shadow. 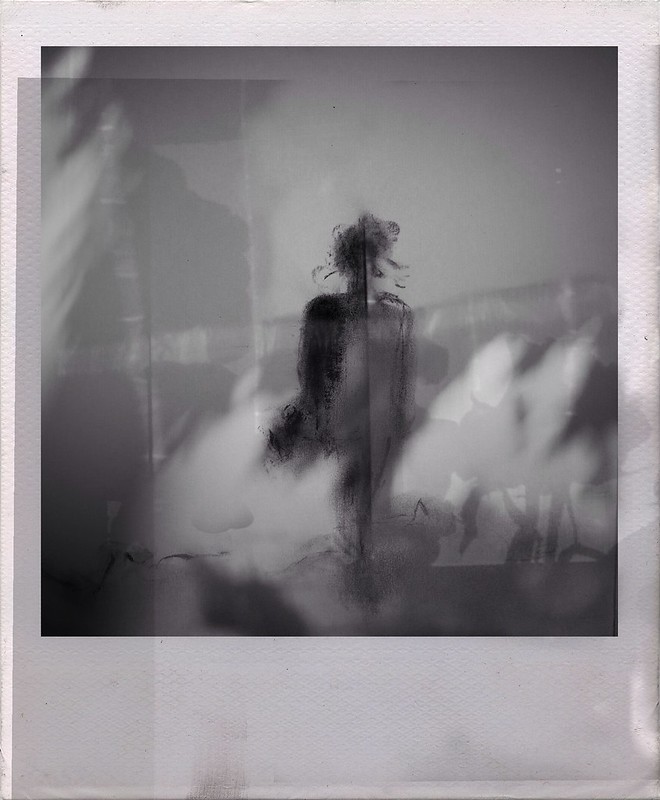 App used and backstory: The apps used were Afterlight and Superimpose. Our shadows follow us into the dream state, awake or asleep. 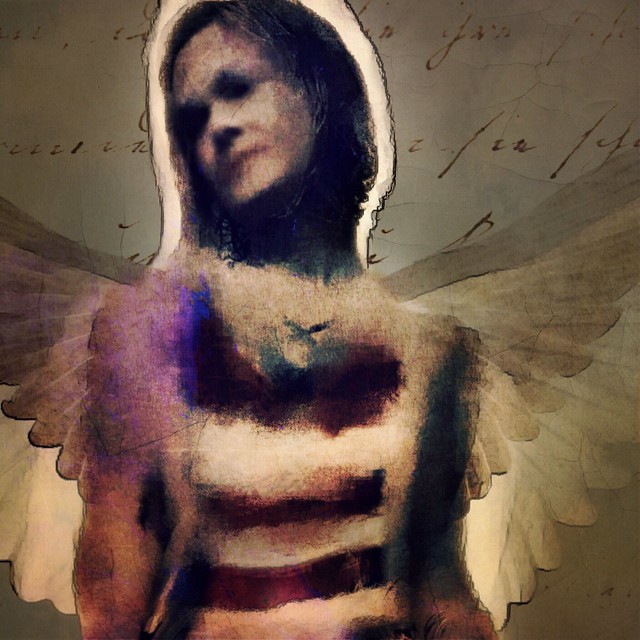 Apps used: Superimpose, Stackables, Snapseed and Distressed FX.
Backstory: This image is part of a series I call “When Women Were Birds”. This series is inspired by the book of the same title by Terry Tempest Williams. The book reads more like poetry and I find myself reading it over and over. “Once upon a time, when women were birds, there was the simple understanding that to sing at dawn and to sing at dusk was to heal the world through joy. The birds still remember what we have forgotten, that the world is meant to be celebrated. 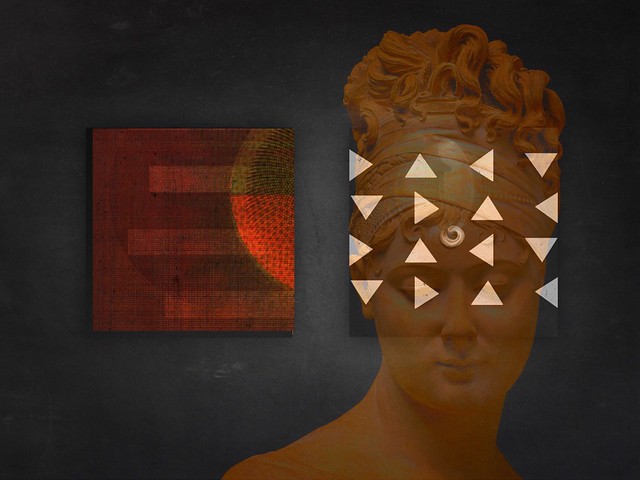 Apps used: Native iPhone camera, Hispstamatic, Scanlines, iColorama, Afterlight, Stackables, Superimpose
Backtory: This image is one in a series of five exploring intuition and its kinship to faith, the ability to acquire knowledge of God by faith and to understand immediately without conscious reasoning or by, as the writer of Hebrews states, “the evidence of things not seen.” The canvas is shared by two images, the conscious and unconscious. The figure overlaid by a scatter of triangles represents conscious thought such as distraction, work, activity, etc. Amidst them is a constantly active intuition, ever in motion, always sensing, searching, aware. Outside the person is the infinitely knowable but hidden reality of God. Yet the two are aligned and equal in their breadth and depth, one accessed by the intuition of the other, the gap between them faith itself.

Apps used: I shot the image with an iPhone 7 Plus in portrait mode. All post processing was done in VSCOcam, preset fp4.
Backstory: This image began as an arranged still life. Two things happened to elevate the general tone and ambience of the setting: the dusky sunlight entered the room providing a gentle glow; and my cat ,unexpectedly, positioned herself to the rear of the still life, and in front of the window. I had already placed an egg on top of a hat box decorated with a floral pattern. My original intention was a study of forms. Yet now, juxtaposed with the silhouetted cat and the ethereal light, the composition took on an almost surreal nature. 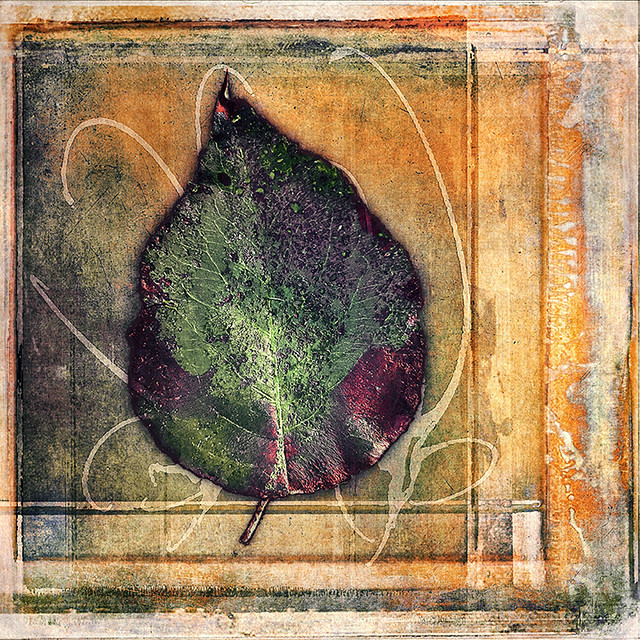 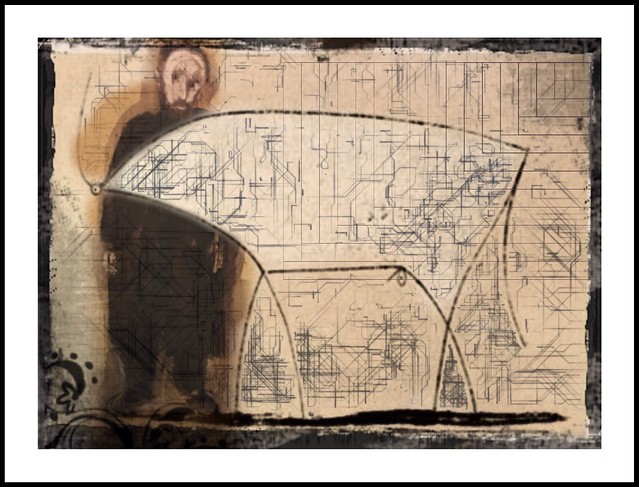 Apps used: To create this image I used PicsArt to combine the texture, the image of the bull of Picasso and the sorceress Veronese Silvano Girardello. With Pixir I chose the inner frame and finally I used LightWaveWeaver to insert the geometries.
Backstory: Sometimes I like to reinterpret famous images and mix them together by combining the various styles to figure out what the outcome would be. Things do not always work but sometimes the result is as interesting as this image. 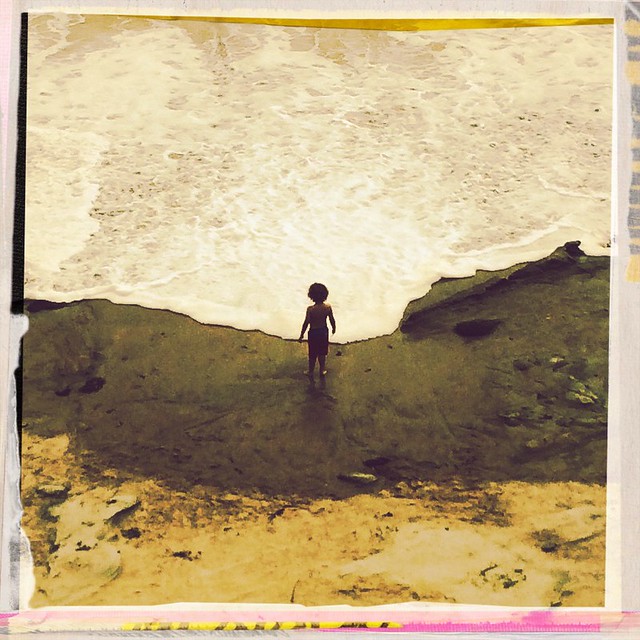 Apps used: iPhone 5s, edited in hipstamatic.
Backstory: Discovered shot while walking on street adjacent to beach. I waited a few minutes and observed boy playing in area and started composing and shooting.