This week’s Apps Uncovered presents a selection of images posted to our Flickr group over the last week, all of which contain no people – only a landscape or a rural or urban scene.

This week’s lead artwork, “Ooops!” by Nigel Reader is a double-take inducing shot, especially considering the major storms that have made landfall in many places around the world in recent weeks. But here, it’s an art installation, not bad weather 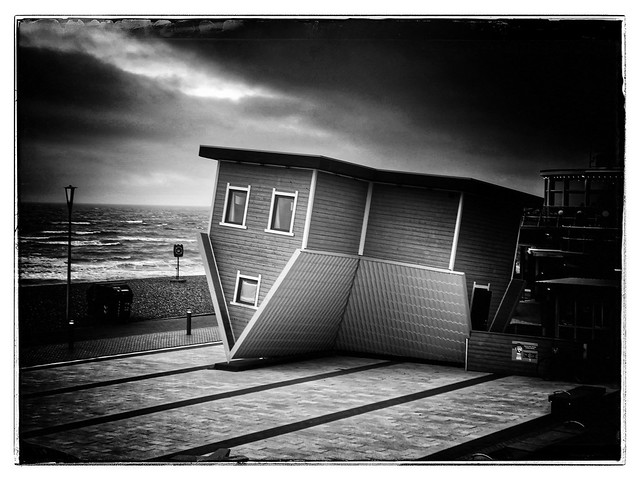 Apps used: Processing was done in Snapseed – designed to give a slightly “dark” style – and remove some distractions.
Backstory: Not quite what it seems?! Not the result of recent heavy weather but an art installation on the sea front!

All that isn’t now by Keith Midson

Apps used: The photo was processed using Photoshop CC using Nik Software’s Analog Efex to give it a timeless atmosphere. The light flare was intentional.
Backstory: This image was taken in Moonah, Tasmania. It is an interesting mix of commercial, residential and industrial that is slowly changing with development. I was here for work and this building is scheduled for redevelopment. I wanted to capture the character of the place and only had my iPhone with me. 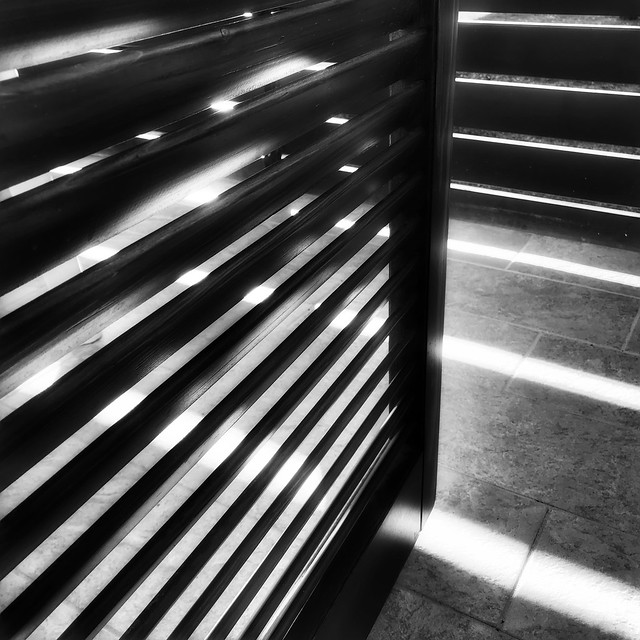 Not very far by Tomaso Belloni

App used: I shot with the default camera app on an iPhone 7plus and edited in Snapseed.
Backstory: The possibilities of interesting compositions are everywhere. This is my balcony on a late afternoon, with a low sun. Was it me noticing for the first time? Was it better than other times? I don’t know, on that day the photo just screamed to be taken. 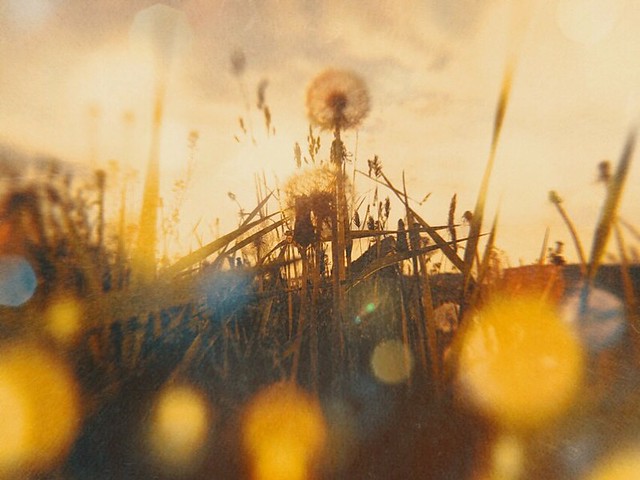 Some kind of a dream by Susan Blase

Apps used: Tadaa and 1967
Backstory: This photo was taken on my property, as sun was setting. Really Mother Nature did most of the work for me. I slightly altered the focus and color in Tadaa and only one other app used…1967. I really like this apps overlays and I think it helped create the summer aesthetic I was going for. I miss summertime already!