When first looking through the group’s images this time, a theme formed as I began to see a pattern: two. So sit back and enjoy these twosomes.

If you’d like a chance to be featured in this weekly showcase, please remember to include your apps and backstories with your photos. Thank you, as always for submitting your amazing work.  For a chance to feature, please join our Flickr group. 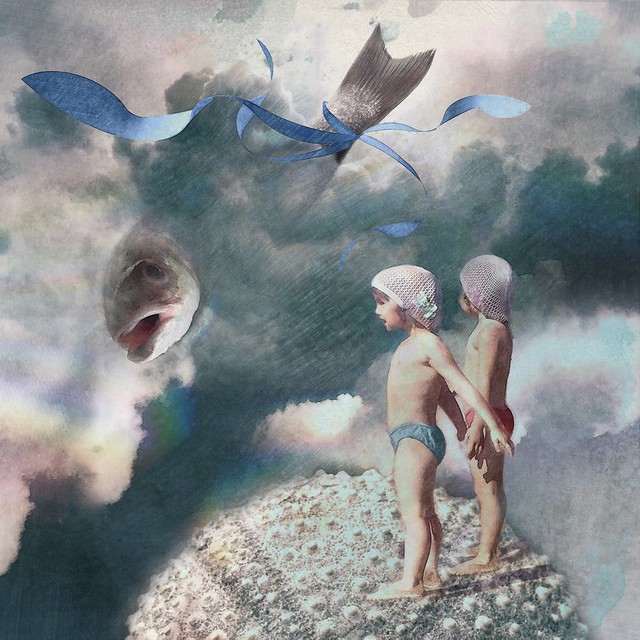 Apps used: Snapseed, Leonardo, iColorama, Loristripes, and Hipstamatic. Back Story: My image “Praising what is lost makes the remembrance dear!” (All’s Well that Ends Well, William Shakespeare) is a part of a series which I produce for our “Summer” themed group show. I composed multiple photos which reminds sea, seaside, and summer. 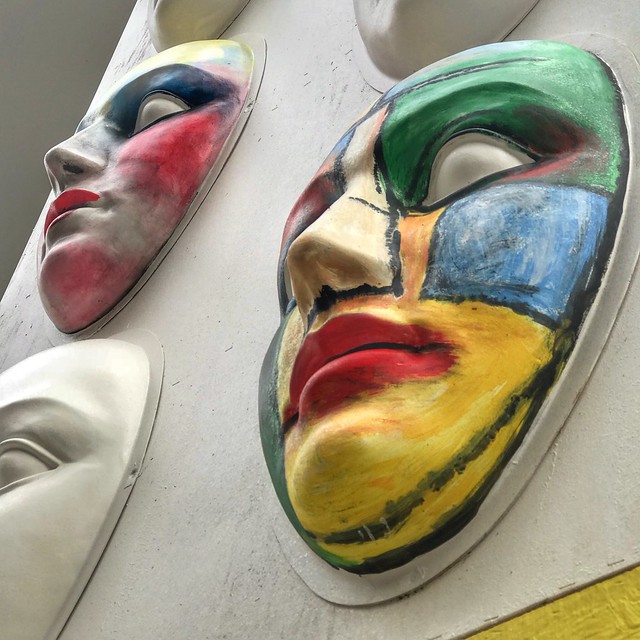 Apps used: Shot with the iPhone 7plus default camera and applied only basic editing in Snapseed.
Backstory: In the very center of Milan there was this installation of colored masks for the International Fashion Week and it was too good to miss. I just stumbled onto it by chance and I had very little time, but I took a couple of shots and this is one. 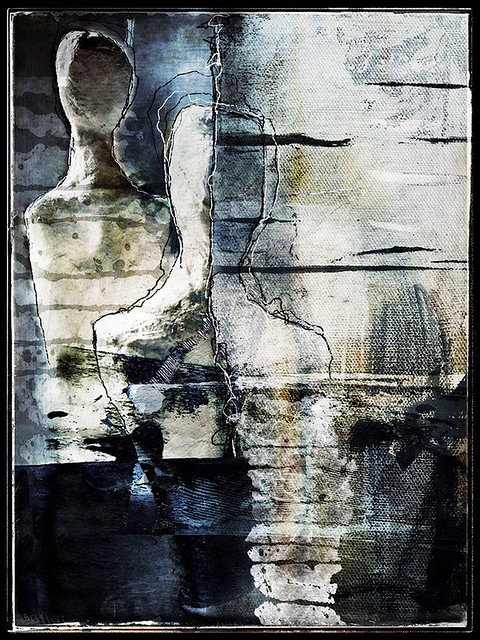 Apps used: Created entirely on the iPad, using Leonardo, Procreate, and Stackables. Backstory: I take pictures of my handmade clay dolls in various stages of their development and use them digitally. 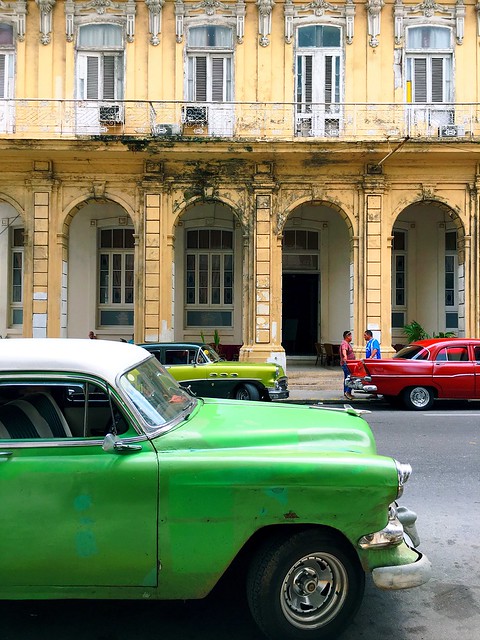 Apps Used: I imported this into Hipstamatic and used the Beard Lens, and made some highlight/shadow adjustments.
Backstory: The uniformity of the archways of the architecture juxtaposed with the randomness of the parked cars, as well as the contrast of color caught my eye. The human element, I hope, adds to this Havana street scene. 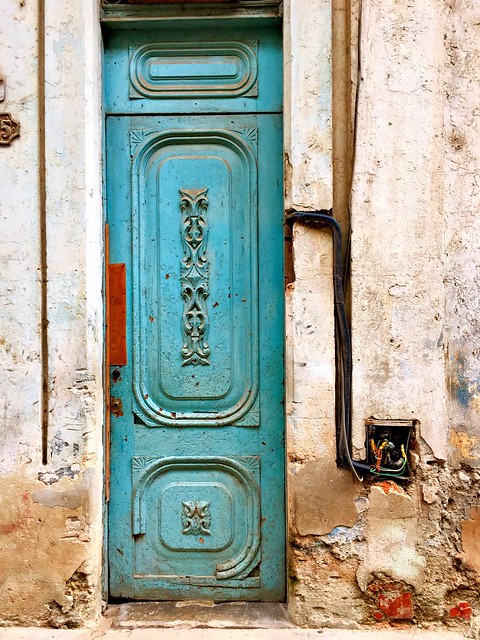 Apps used: Imported into Hipstamatic and used the Lowy Lens. Backstory: I suppose door shots can be cliche, but they can also be alluring. There were many beautiful doors in Havana. The color and detail of this one caught my eye. Then noticing the decay and the exposed electrical box really drew me in. I framed the shot to include the door, electrical wiring, and other lines. 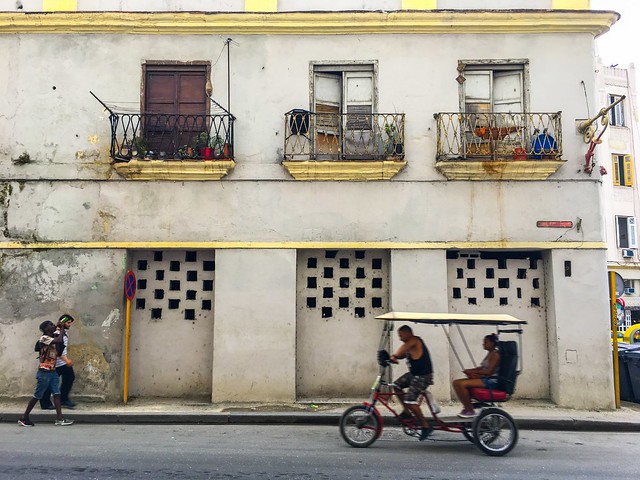 Apps used: I adjusted the highlights and shadows in Lightroom Mobile.
Backstory: While taking a break from walking around Old Havana and figuring where to go next, I spotted the architecture across the street. I noticed a pedal taxi approaching that had the same yellow and red color accents as the building. I waited, and snapped a shot as it passed by.

Apps used: Snapseed, iColorama, and Stackables Backstory: My husband and I went on vacation to Italy this summer. We stayed in Soriano, a medieval hillside town about an hour or so outside of Rome. It’s one of the few remaining places in central Italy unspoiled by tourism. It has incredible beauty and charm, and the real Italian life is still there… mom and pop grocery stores, vegetable stands and villagers mingling on Sunday before church. The local men line the streets and have lively conversations, and women hang out the window chatting with people passing by. Every morning as we walked the narrow streets, this woman was always at the window. This image is a favorite, it’s a reminder to take the time to enjoy friends and the simple pleasures of life. 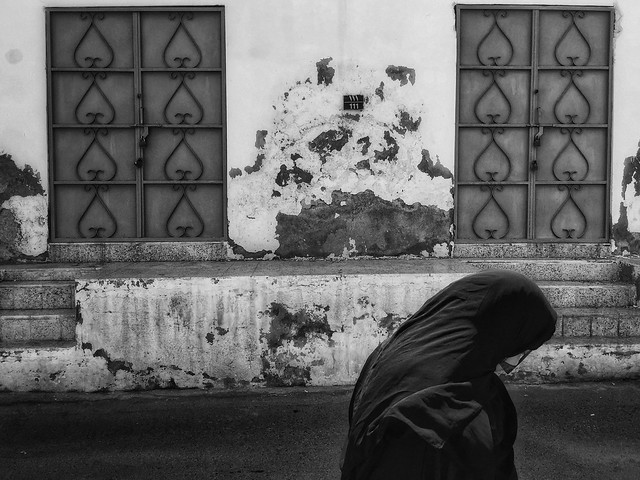 Apps used: I shot it with my iPhone 6 Plus and processed in Snapseed and Black App.
Backstory: I was having a walk in Muscat in Oman and I was attracted by the doors; then suddenly she arrived. 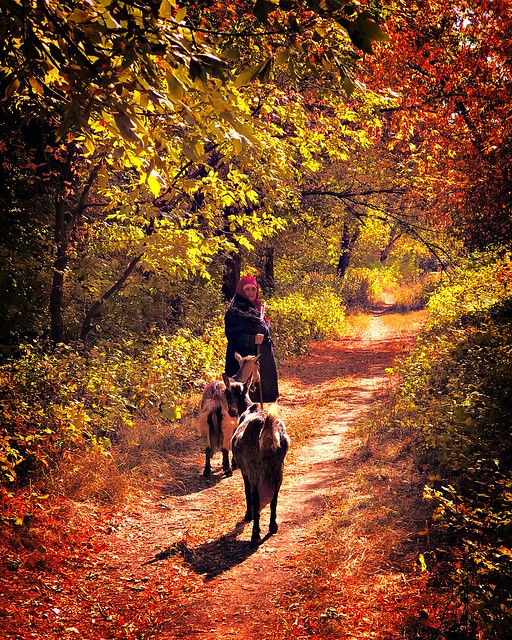 Apps used: The original shot was taken by iPhone 7 Plus and was cropped in Enlight iOS app, then processed in Hipstamatic, using ‘Müller’ lens, ‘Aristotle’ film and ‘Jolly Rainbo 2X’ flash. It is interesting that ‘Aristotle’ is originally black and white film, but adjusting temperature and vibrancy lets you get very rich color effect. Backstory: Several days in a row I walked in the forest you can see on the pic, and the old lady with her goats had been there every time. The scene was so spectacular and even fairytale-ish that I eagerly wanted to capture it. But each time there was something that obstructed the good shot. So when I finally took it, for a certain moment I felt just happy. 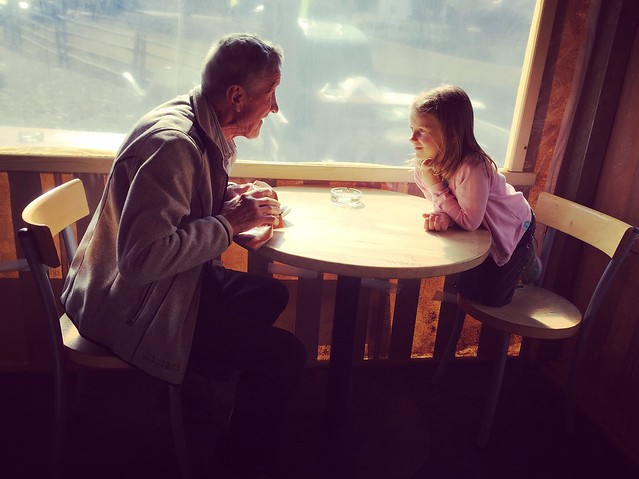 Apps used: Taken with an iPhone 6 and edited with Instagram’s filter Amaro.
Backstory: I was having a beer when the old man called the owner’s daughter over to show her a magic trick. While he was telling what he was going to do I saw a smile on her face and I tried to capture it.

Apps used: The image was processed in Snapseed and I added some mood with Mextures and Foodie. Backstory: I shot this early Sunday morning, it was foggy and still when suddenly two people and a dog came by. 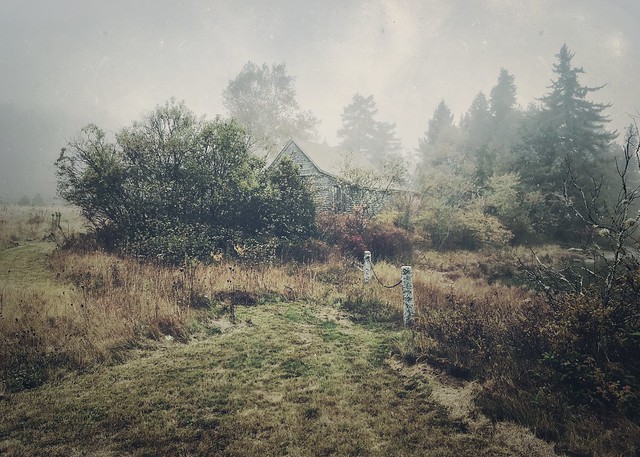 Apps used and Backstory: I took this photo with the Hipstamatic app. We often have foggy, autumn days here in Maine and I have chosen this particular combination of Florence lens, Hackney film and Cadet Blue Gel flash because it captures the end of the season colors and the misty quality of the light while keeping some warmth.