Welcome to the this week’s Apps Uncovered. Some of you may have noticed that there was a double helping of Apps Uncovered last week with both Bob Weil and myself publishing our selections last weekend. I’d like to say that we were feeling generous (and of course we were) but in fact, there was some sloppy communication on my part which meant we both published a gallery each. The up-side, of course, was that we published double the amount of selections which makes me feel better about the limited number of selections this week.

We always ask that, at the very least, submissions to the iPC group are accompanied by the apps used to create your image but unfortunately only a handful of the selections this week added this info so we’re a bit light on images this week. However, the good news is that the few images that are accompanied by the information required are superb! The one that blew me away this week was veteran iPhoneographer Carlein. Carlein has been on the iPhoneography scene since it’s very beginning somewhere back in 2009 and being the creative soul she is, has explored other creative avenues along the way. The emotion in Carlein’s work is so strong and her piece “hunting through the leaves of the night for your hands” (Pablo Neruda) is no exception. I sense a huge longing and beauty in this piece which is so beautifully and sensitively executed. It just pulls you in – the ghostly, strangeness and darkness of it all – wonderful as ever Carlein!

Apps used: I shot the reflection with Hipstamatic, Tinto Pack and ran it through Polamatic.)
Backstory: Earlier this year I did a “black border” series and thought this image would go well with the black border. The title I chose for a very personal reason, meant for someone very special…. 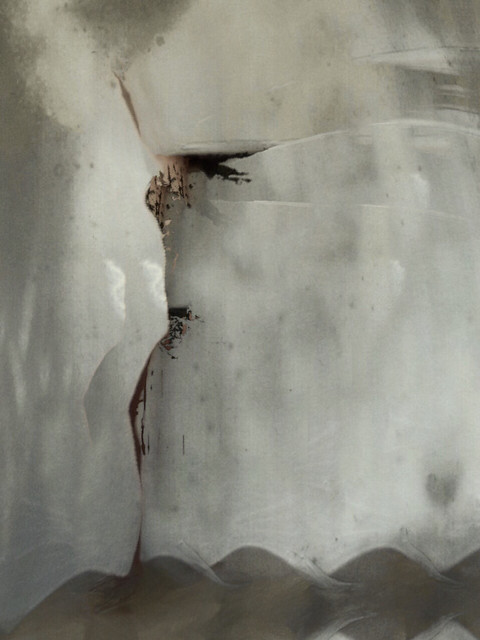 Apps used: Shot with SlowshutterCam. Other apps used: Procreate, Juxtaposer, Filterstorm, and ArtRage.
Backstory: “Fearlessness” attempts to capture the essence of that feeling, one that becomes lost as life makes its way. It is part of a broader base of work that originated as slow shutter nudes, but winds up obscuring or covering what some view as unacceptable to bare. Hence, the contradiction. As a figure, the body is distorted to cross the line from the reality of the female form into the abstract, a critique of commonly held societal views and values about feminine beauty and identity. Perhaps it is through loss of identity comes fearlessness. 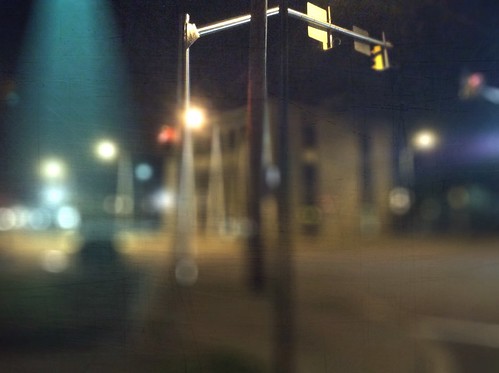 Apps used: Tadaa, LensLight and Mextures
Backstory: This picture was taken in the town I grew up in, at a light I sat at countless times. It wasn’t really that impressive a capture so I used Tadaa to blur out a good portion of it and try to relay the empty feeling I had. It’s at the end of the of the “downtown” section of the city and it was unusually deserted that night. I adjusted its color as well as the texture in LensLight (which to me made this pic). I added minor adjusting in Mextures as I felt this shot didn’t need much more tweaking. To me it conveyed what I aimed it to do, and captured a view that holds so many memories for me. 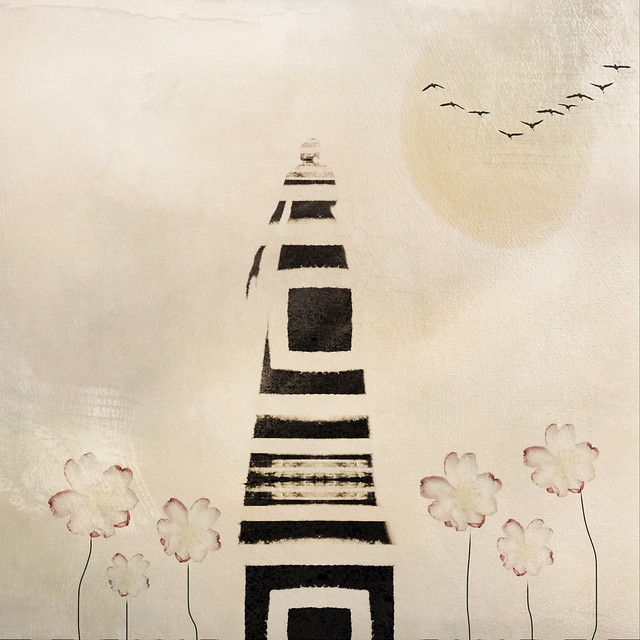 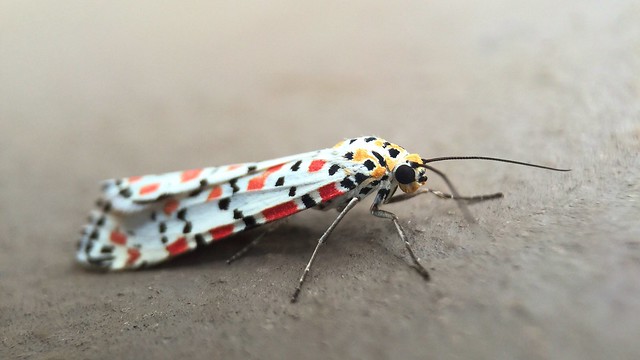 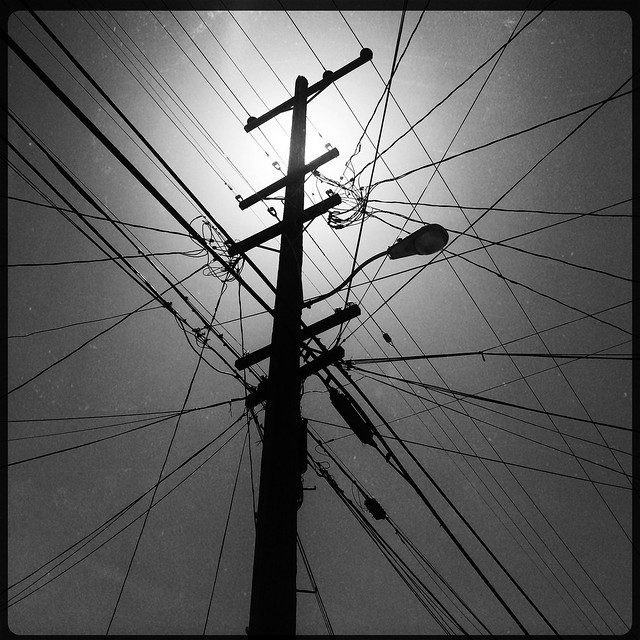 Apps used: I used the Hipstamatic App with the G2 Lens for its strong contrasts and the Rock BW 11 Film which gives the textured effect.
Backstory:  There wasn’t too much time to take photos as we were passing through San Francisco on a road trip. The neighborhood we did detour through had the iconic two story walkup homes painted in pastel colors with Spanish tiled roofs lining both sides of the streets. It was overhead that caught my eye for this photo, however – the maze of wires set against the midday sun that radiated outwards to all the little homes.