Each of the shots selected this week is exceptional in how it conveys a mood, concept, moment or stunning real life contemplative aside – we hope you enjoy them!

Now or Never by David Ingraham

Backstory: This image was shot with my iPhone using Hipstamatic , and then edited in Snapseed, pulling texture and details out using the Drama setting, and then a little dodging and burning using Selective Adjustment setting. Last but not least, I added a thicker border with SquareReady app, just ’cause I thought it looked cool!

Backstory: I made this photo one morning in the countryside, one morning when I woke up I found a small dead bird on the ground, it was weird, it looked like he was asleep, I thought to take a picture but the ground I did not find it very pretty, I took it delicately in my hands to find a place where the take a picture, I put it on a wire, then I buried him, I asked to myself (morally) whether I was allowed to photograph a dead animal and put scene like this, but I found it so beautiful that I had to take a picture, so i use ProCamera for the shot, and i use noir and Snapseed with a little hdr effect and I have the Checkout light and contrast and then I used Oggl with Jane lens with tintype combo.

Backstory: The original photo was taken at a design exhibit at the Art Gallery of Ontario (AGO) in Toronto.

Backstory: Here is my favorite place to take a still-life. the dim sunlight is lovely in this room. I put the black berry on the galvanized steel sheet that reflect wonderful and shot it with oggl. it doesn’t need any edit. 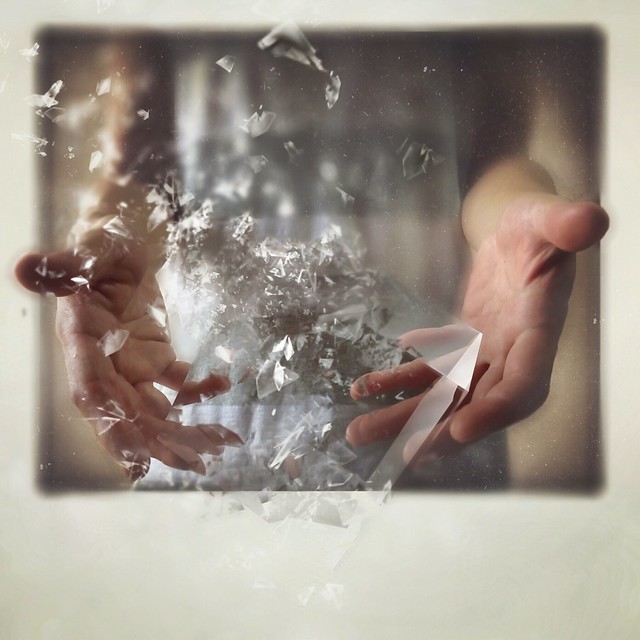 Backstory: My aim with this shot was quite simple – to capture some smooth movement in the water cascading over the falls. The exposure time would need to be a little slower than what the native iPhone camera would use, so I gave SlowShutter a go. I had the phone on a tripod in my Phocus frame, which helped here, as a shutter speed of one second was chosen to produce a nice effect. As I was shooting in the general direction of the sun, the resulting image had some light halo towards the top, which needed fixing. I’m a big fan of Oggl. I found that the John S + Rasputin combination worked well for the image, dealing with the unwanted light at the top quite effectively. I would have liked a little more space around the falls, as the crop is a bit tight, but there was no room to step any further back at this beautiful spot in tropical north Queensland. 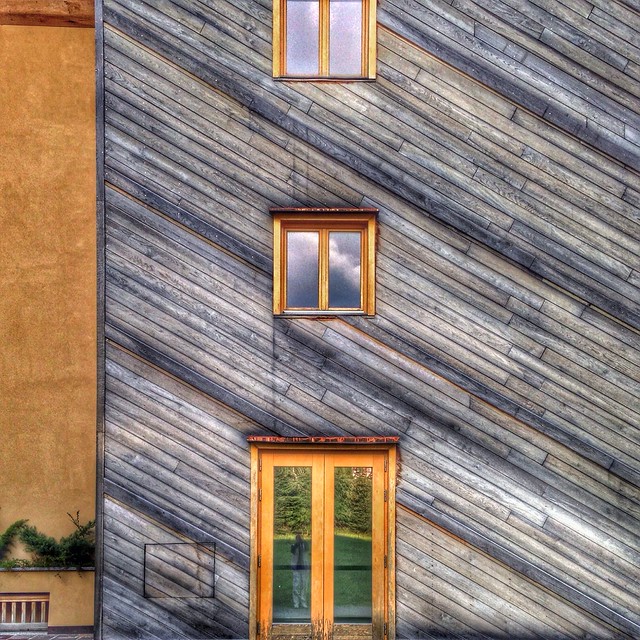 Backstory: Since it had been renovated, I passed countless times in front of this hotel in a small touristic town on the Alps. The front is rather conventional, but I never noticed the side wall, which sports a much more original structure with those inclined planks. This time I had my eye scanning for potential photos and I could not miss it. The angle was immediately obvious to me, although I knew I would have to correct the perspective to balance the image to have only three directions. Given the position, it was unavoidable to have myself in the picture as well.

Apps used: Sharpened and cropped in Snapseed. Masking in Filterstorm.

Backstory: The shot kind of announced itself – the colour bands in the road, the width of the road at that point and the ranges in the distance all combined to tell me to stop and shoot. I’m travelling the Australian outback at the moment and you can’t help but be drawn to a cinematic approach, hence the iPhone pano shot used here. Further cropping emphasised the widescreen nature of this spot – some 50 km west of Australia’s hottest town, Marble Bar. 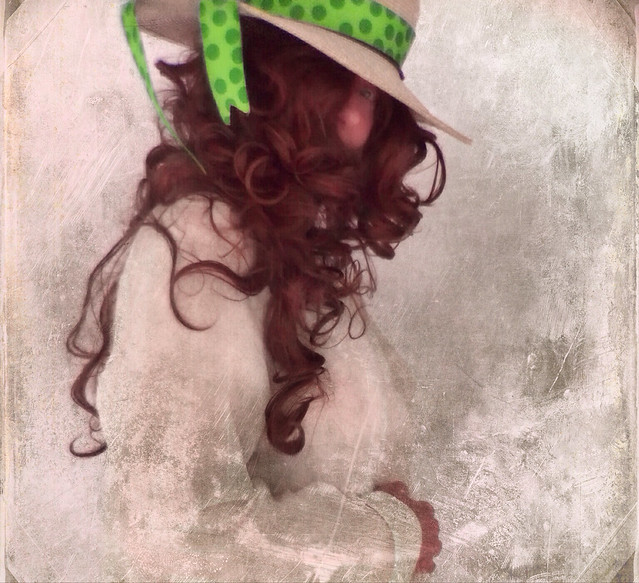 Apps used: Snapseed my go to 1st app. Blender to blend the original image with a texture. Filterstorm to mask the blend with the original. Facetune to smooth the skin. Pixlr-o-matic to give it a glow and used the filter called Alex.

Backstory: I shot this in front of a white background because I knew that I would be using textures, I wanted a clean background. This is a self portrait and while I am shooting I use a tool called Shuttr to snap away. When I do self portraits what I am looking for in the end is some gesture, emotion that comes thru. By the way, this looks nothing like me, that’s the way I want it. 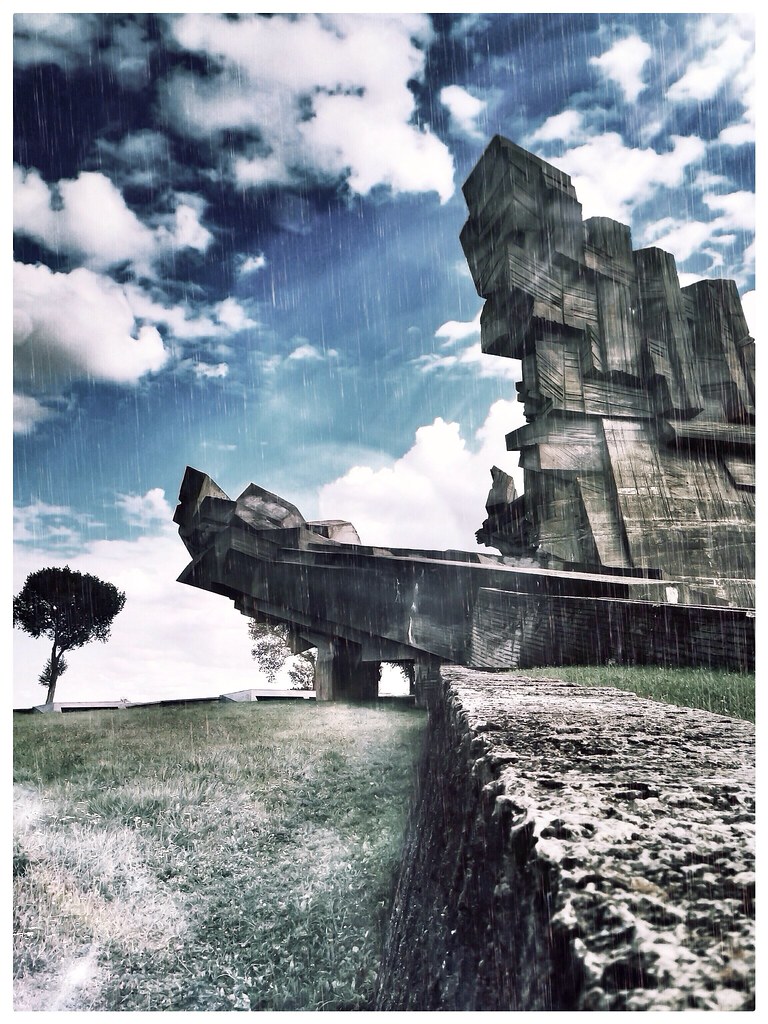 Backstory: I took this photo while I was at an Antiques and Collectables fair a little while back. I was trying to step out of my comfort zone and take candid portraits of people as they were looking at me. This is something I find very hard to do so I was quite anxious at the time. With the shot itself, I liked the way the man was standing and the expression on his face but I also liked the album cover in the foreground. It wasn’t until I was looking at the photograph afterwards that I noticed the woman on the album cover had a similar posture to the man except she seemed quite happy while he seemed a little despondent. Anyway, I just processed the photo firstly in Snapseed then I added the frame in Alt Photo. 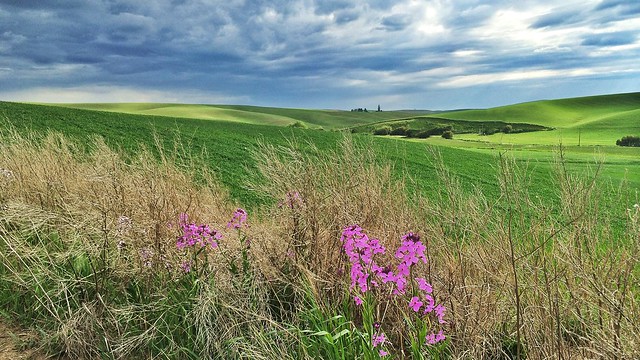 Wild Flowers in the Palouse by Rad Drew 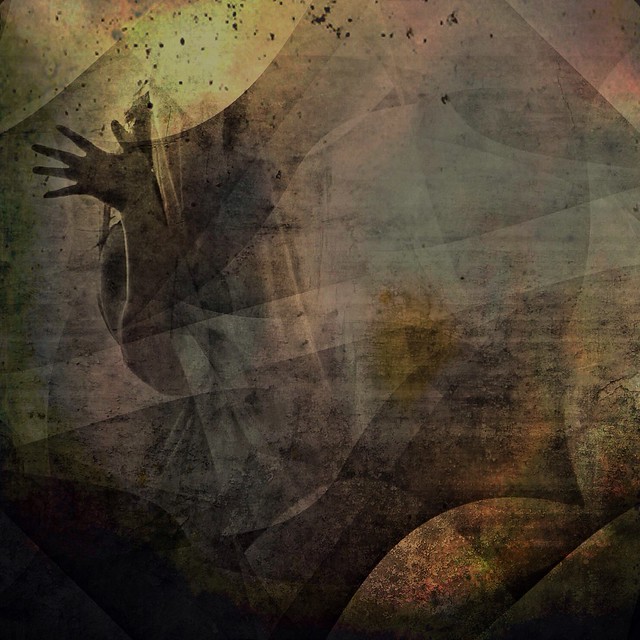 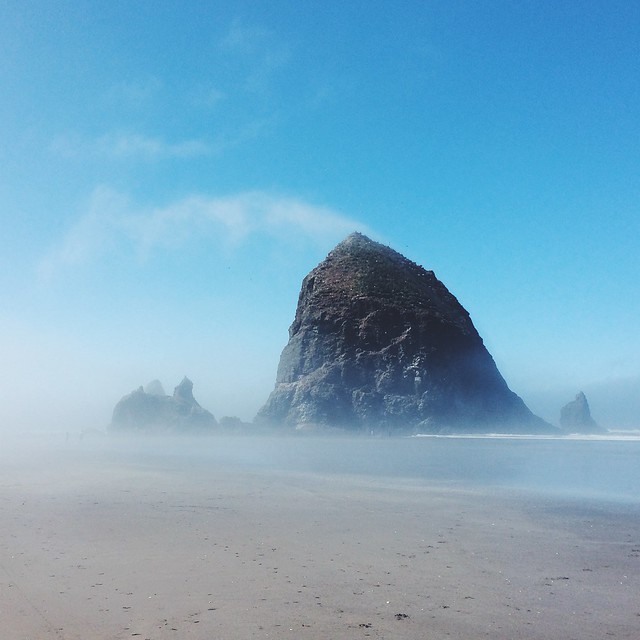 Backstory: Haystack Rock is the beach’s well-known and often photographed landmark. Quintin happened to snap this photo with his iPhone set on square mode. He then did some quick post-processing in VSCO Cam using the F2 Preset with a Sharpness value added at 2. Quintin is a photo and iphoneography enthusiast from Redmond, WA. Ever since he met his wife and her family, they have been coming to Cannon Beach occasionally for the past 10 or so years.