This week’s Apps Uncovered presents a selection of what I found to be the most intresting images for the week in our Flickr group, across a wide range of styles and subjects – but with one common theme – the unashamedly beautiful.

The week’s lead artwork, “Uite, papa. Lumina.” by poppelus, evokes an moment of innocent wonder as a young girl touches the shadows and light on the wall from window, thinking them real objects. 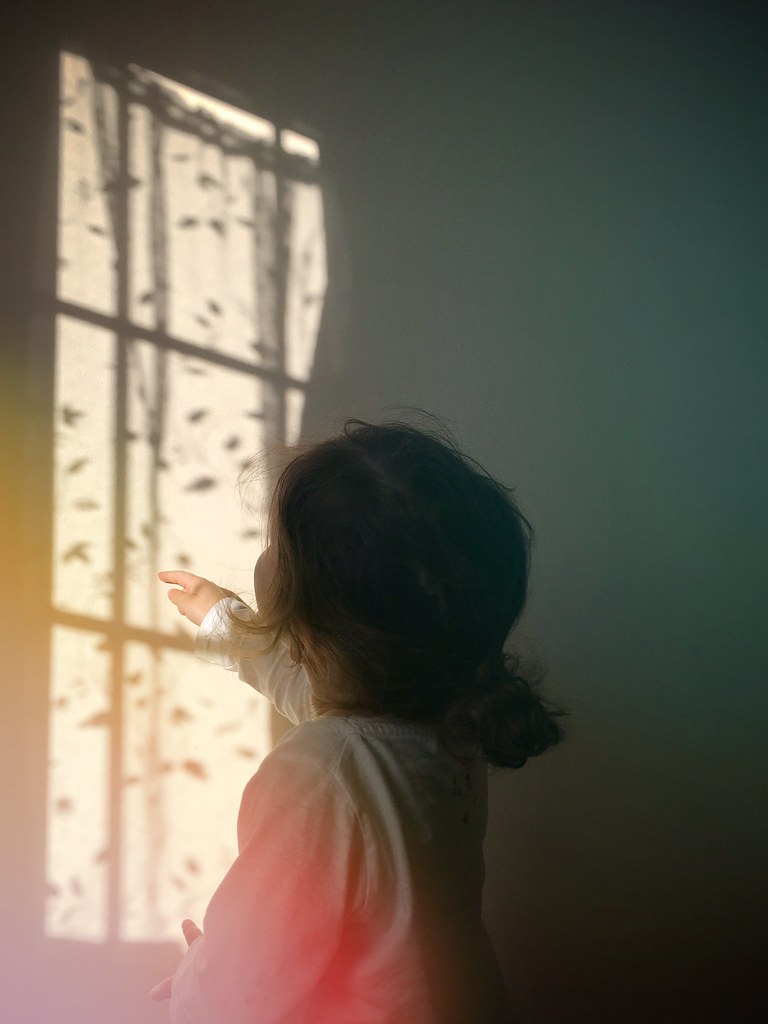 Apps used and Backstory: Shot in a morning light, with the iPhone 6s. I took it to Snapseed for the editing, where the process will go to straightening tool first, then highlights/shadows, crop a bit off the edges where blemishes will normally appear after the straightening process. I then went and uploaded it on Flickr via the Flickr app, where I used the light burst preset to get the nice greenish tint on it and the yellow and red light burst for the bottom left corner. Took it back to Snapseed and run it through the Grainy Film preset, where I used the X02 one. 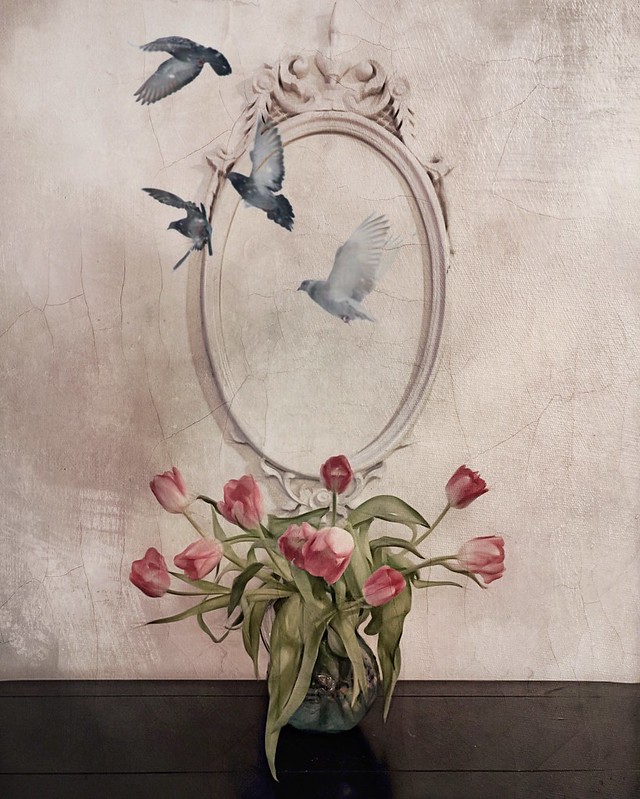 Apps used: Stackables, Unionapp, Snapseed, Colorsplash and Enlight
Backstory: i love tulips and getting them year round has been such a delight, I think they are the most graceful flower to photograph, this beautiful frame was given to me by a friend and I love the simple elegance of it, I hope to incorporate it into more of my work. Over all this image represent how much I’ve learned over the past year, how incredible it is to be loved by someone with out those chains, completely and unconditionally…….freedom.

If Vermeer had an iPhone… by Fiona Christian

Apps used: It was shot on an iPhone 6s. I used Hipstamatic. The combo is RayMarkll/Love81
Backstory: I had been setting up another similar shot for a specific group challenge but the weather had been wet and gloomy all week. I’d done what I had to do but had left some of the elements out. I shoot still life in my conservatory where the light is better. As I walked though, the sun suddenly broke through with the most beautiful light. I quickly grabbed some items from the shelf and arranged them, taking a few quick shots before the light changed. 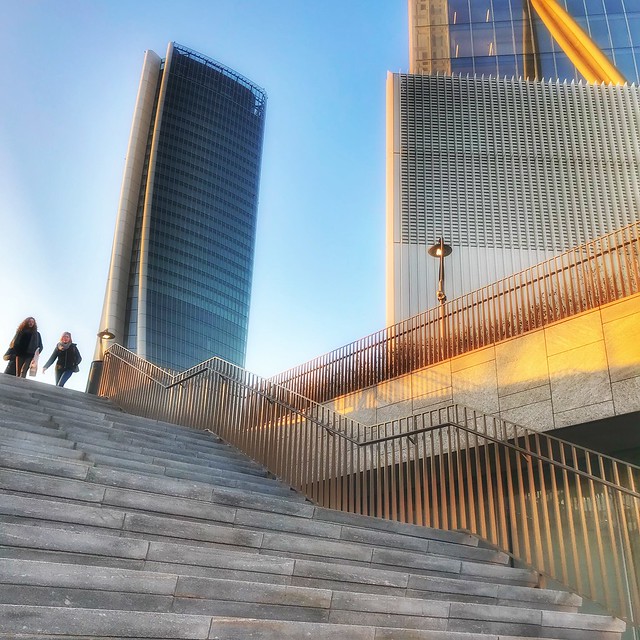 Where should we have our thanks? by Tomaso Belloni

App used: I shot with the iPhone 7plus default camera app and edited with Snapseed.
Backstory: I was looking for possible shots in this brand new part of Milan and I had just crouched to find this frame, when these women appeared and I was able to take the photo at the right moment with them in the right spot. They were worried about having ruined my shot by walking into it, but I assured them they had not. 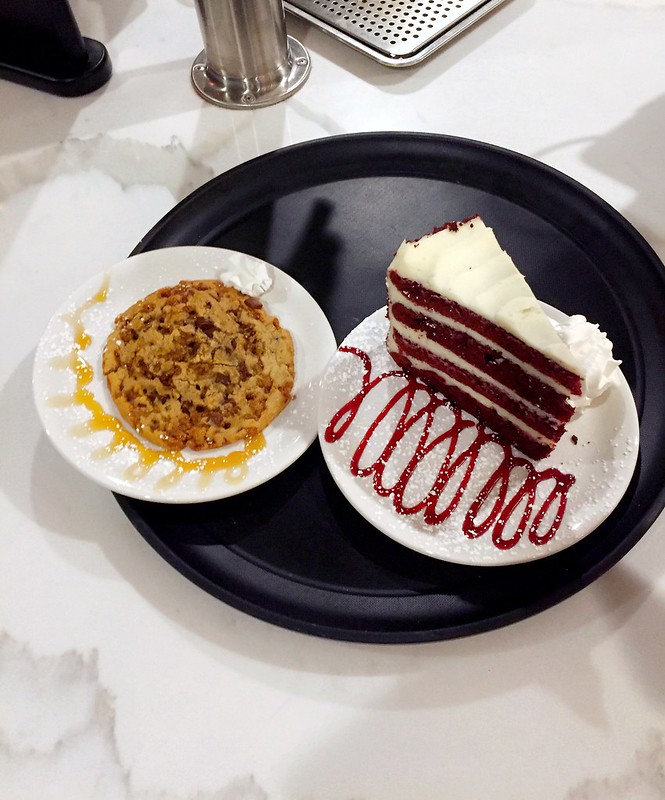 Apps used: The image was taken with an iPhone 6 and edited with Snapseed and Enlight app.
Backstory: It was taken at a bakery/cafe in Brooklyn that specializes in desserts. This tray was being prepared for another table and I took the shot rather quickly as I was on my way out. Very happy with how it turned out. 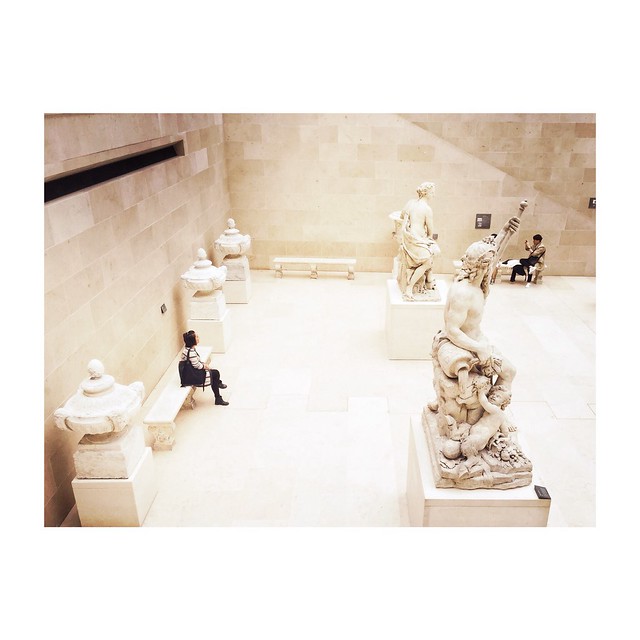 App used: Snapseed and Hipstamatic Oggl – Jane Lens + Irom 2000 Film (post-processed)
Backstory: The Louvre is one of the world’s most visited art museums and it is quite difficult to find a spot with less than dozens of people. Here is one of those moments. A lady enjoying the view of the sculpture hall and a man actually taking the photo of his girlfriend but the girlfriend cannot be seen as she stays behind the sculpture. The scene gives the feeling of two art lovers facing each other and sharing this peaceful moment in this wonderful hall. 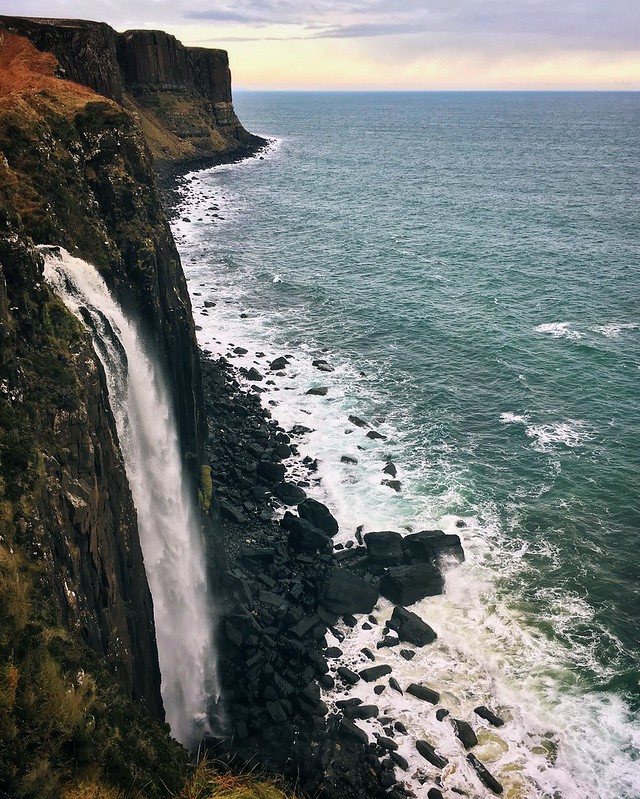 Apps used and backstory: My family and I were traveling in Scotland this past Christmas holiday. It is an amazing country. Kilt Rock / Mealt Falls (Isle of Skye) was on the list of sights. We stopped by and it was fairly crowded with other tourists. I was able to get a decent shot with my iPhone 6s from the only viable vantage point. I straightened the image with SKRWT and made some adjustments in Snapseed. Finally, I added about 20 points of Lux in the Instagram app. 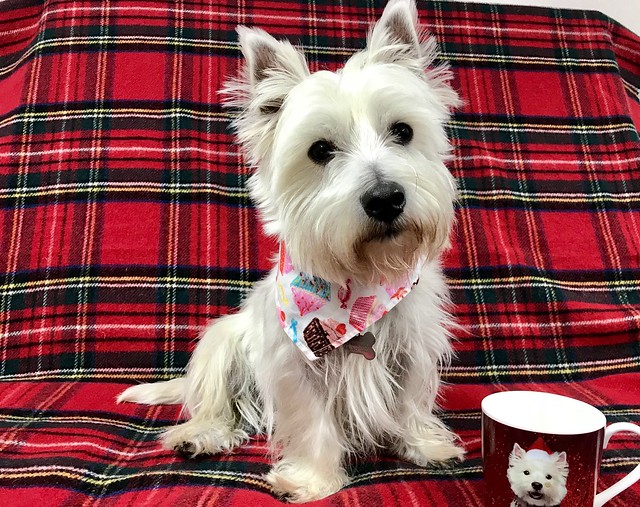 Apps used and backstory: This is my little Westie on his second birthday. I took the shot against a tartan blanket on my sofa. This is just a straight photo using my iPhone 7 Plus with no additional apps used. 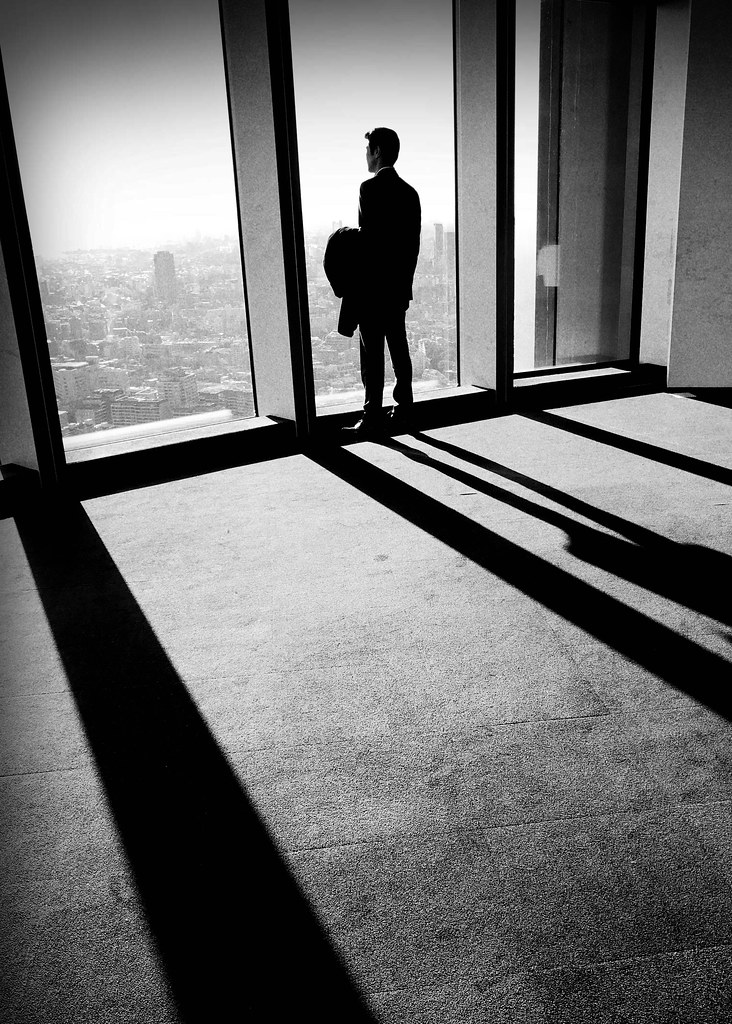 Apps used: Snapseed
Backstory: ‘Contemplation’ was shot on the 52nd floor of the Mori Tower in Tokyo one sunny afternoon. I was just walking around when I saw this Japanese businessman gazing out of the window looking deep in thought. I used the Hipstamatic app to shoot it. I had my DLSR in my bag and I had wanted to get another shot with that as it had a wider lens but, by the time I’d got it out of my bag, the man had walked off and the moment had gone. Sometimes the best camera isn’t always the one you have with you but the one that’s immediately accessible. I then cropped the image slightly in Snapseed. 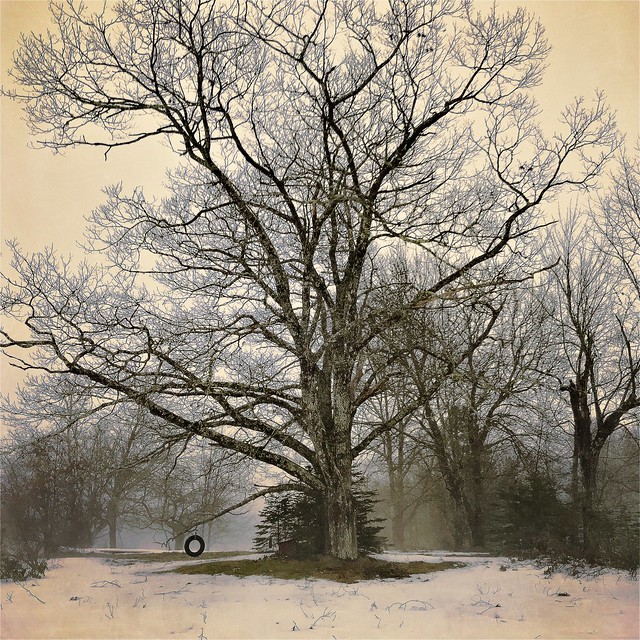 The Oak Tree by Lydia Cassatt

App used and backstory: This photo was taken with the Hipstamatic app. It’s a combo that I use frequently because I adore the texture and the tones. 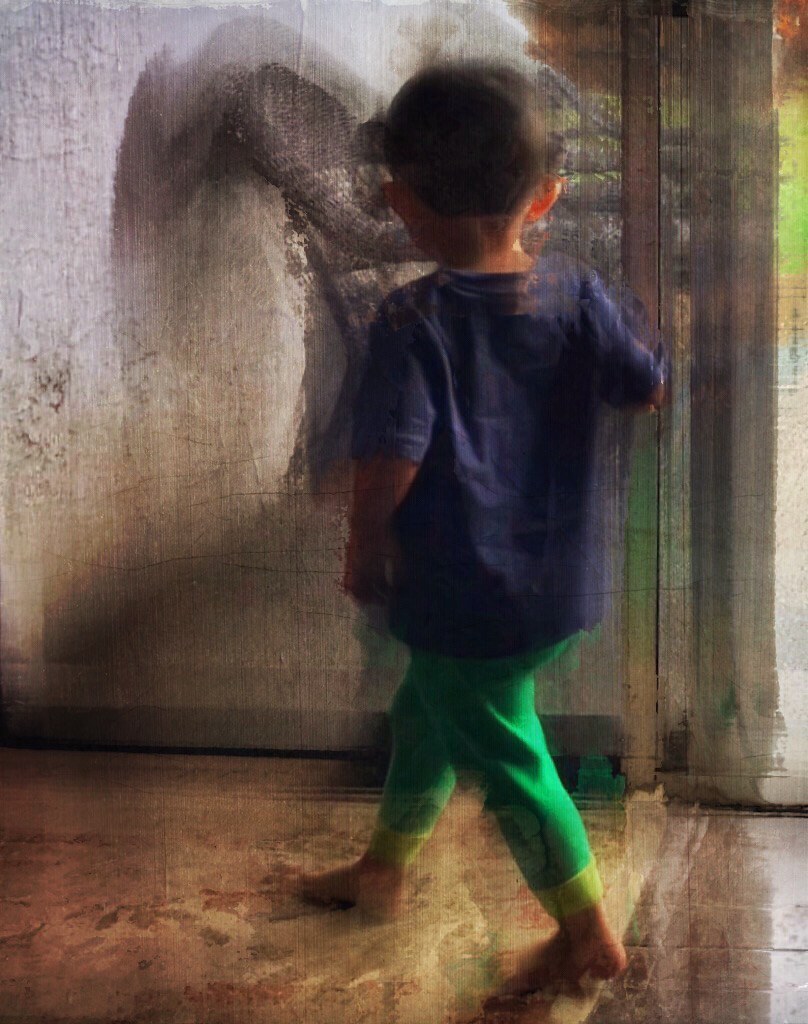 The Backyard by Kathy Clay

Apps used: IColorama, Superimpose and Mextures
Backstory: The original photo was of my 2 year old grandson on a rainy day. He kept checking to see if the rain had stopped so he could play outside.