That four images particularly caught my fancy because they were tall rather than wide or square – and the choice of format very much suited the material.

Apps Used: Taken with the iphone4S native camera. Snapseed to crop to square and adjust contrast. Distressedfx to create a more interesting sky and add the birds. Imageblender to bring the dark silhouette back out.

Backstory:
This is my husband, Stephen, and my youngest son, Billy. Stephen has always encouraged our boys to explore and enjoy their surroundings, and to appreciate the little adventures on offer around them: scrambling up hills, jumping off rocks, splashing in deep puddles, running through fields, climbing trees …. This shot was taken in one of our favourite local spots to do just that (Otley Chevin, Yorkshire UK).

I took a series of photos as Billy made his way up this hill to join his dad and take in the amazing view from the top. This is my favourite image from the set: a determined Billy looking up keenly and reaching out to his dad; Stephen offering a helping hand but holding back slightly to encourage Billy to climb just that little bit further on his own. I think it’s a lovely representation of their relationship.

Light and Shade by naej naej

Apps Used: I simply edited this pic using the Noir app for great contrast and Photoshop Express for adding clarity to the pic.

Backstory: I took this photograph June last year inside my room using (time camera app) on a sunny day. For me this is one of my hardest self portraits that I’ve done – just imagine: I set the timer, posing while balancing my body weight and creating my mood 🙂 with the help of my background music (innocence by Kenny G).

Stirred Up by Caroline MacMoran

Backstory:
This is a composite image, so the various parts I used to compose the scene are from at least 20 images. This image came about from the emotions stirred during the MPA announcements. I was attempting to work through disappointment, but also surprise at my feelings. It’s not so easy, for me at least, to just create your art and not be somewhat influenced by others’ responses. This scene is an attempt to sort out this position. 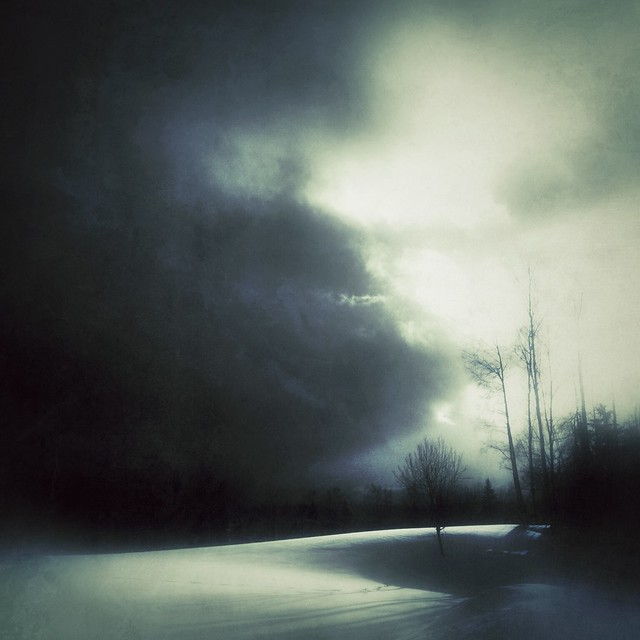 Backstory:
Being on a Mindfulness retreat up in the mountains in Norway gave me and opportunity to capture this wonderful moment. It was a quiet afternoon, and suddenly the sky became very dramatic. The sun dissapeared behing these dark clouds, and I thought it was building up to a storm. It just turned out to be a visually dramatic moment, and I managed to capture it with my camera.

I used the native camera (iPhone 4). The drama was naturally there, I just needed to adjust the colors and contrasts in Snapseed and I used both Snapseed and PicGrunger to add texture.

“It is strange to be here. The mystery never leaves you alone. Behind your image, below your words, above your thoughts, the silence of another world waits. A world lives within you. No-one else can bring you news of this inner world.

… Humans are new here. Above us, the galaxies dance out towards infinity. Under our feet is ancient earth. We are beautifully moulded by clay. Yet the smallest stone is millions of years older than us. In your thoughts, the silent universe seeks echo. An unknown world aspires towards reflection. …” – John O’Donohue 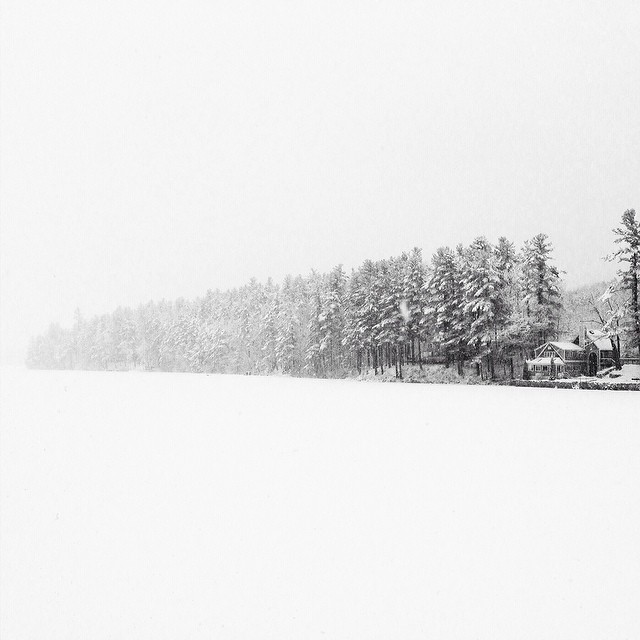 Backstory:
In January, my wife and I went up to Maine to visit her family for the weekend. What we didn’t know was that it was supposed to snow and how much we were going to get. No matter how much snow we got, I was determined to get out to capture the beautiful snow which had fallen and was still falling while driving from one location to another.

What you see is a photo from Mousam Lake in Acton, ME. When I arrived at this location, I was mesmerized by the scenery around me and knew I was in for a real treat as you can see from this image I took. What captured my eye was the lone lake house dwarfed amongst the row of trees covered in snow. In addition, I love the transition of light in this scene.

My vision in processing this photo was to lead your eye from left to right and ensure there was minimalistic feel to it. 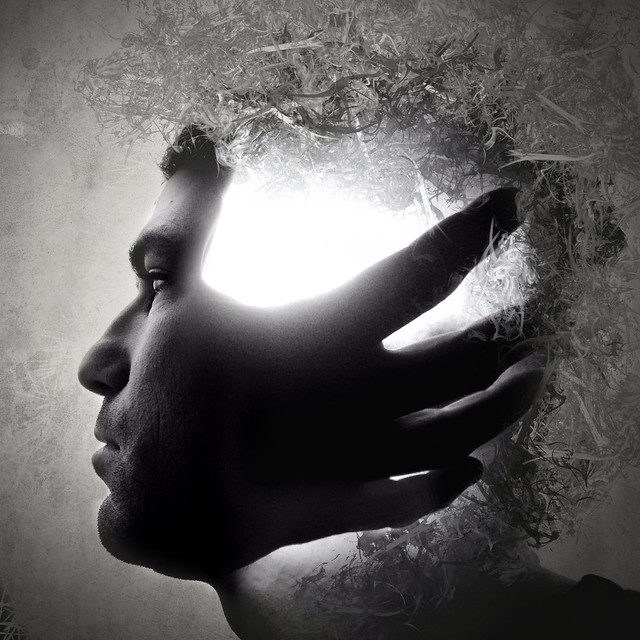 Harness the Spark by Brandon Kidwell

Backstory: This image was borne from those time when you imagine something or have a creative spark or idea and think to yourself “that would be great” but never act on them. You could say this is an interpretation of a reminder to take ahold of those moments and cultivate the ideas before you lose steam, you never know where they might lead you. 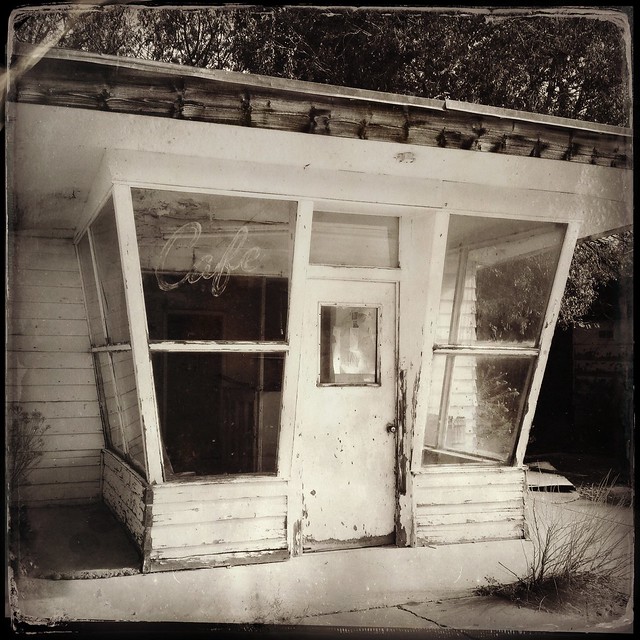 Summer in Neringa by Raminta Jonusaite

Backstory: The photo was taken in Nida, Lithuania during summer vacations. There was this huge rainbow and a perfect landscape!!! I used Snapseed to fix the photo a little bit. 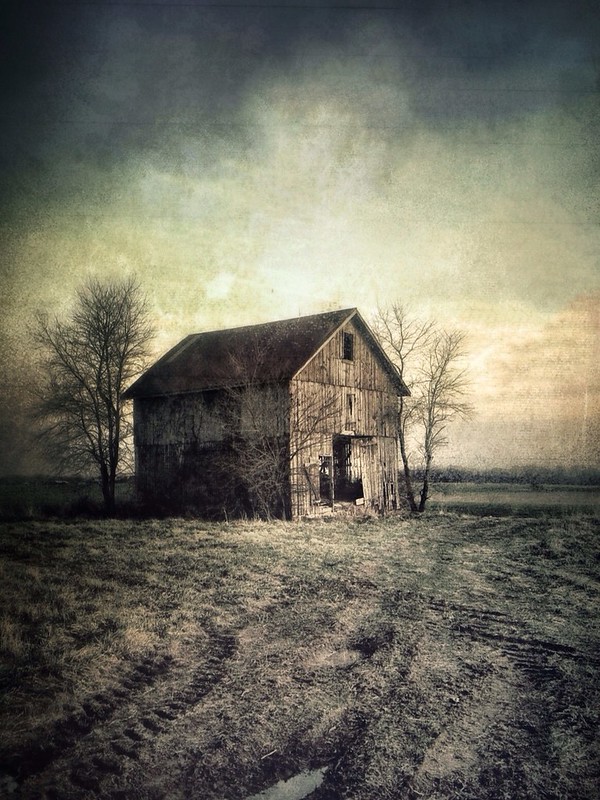 Backstory:
This is my favorite local barn, just a few miles from my home. I process it every few months with new apps or styles – lately I have been liking green and blue tints versus brown and yellow. The property is abandoned and I hope someone takes it over – many of these wonderful barns in Maryland seem to have a limited lifespan due to neglect. Preservation Maryland a few years ago received a grant to restore old tobacco barns. I actually suggested they raise funds by offering mobile photography “sight seeing” workshops and use participant images of vulnerable identified landmarks to raise awareness.. 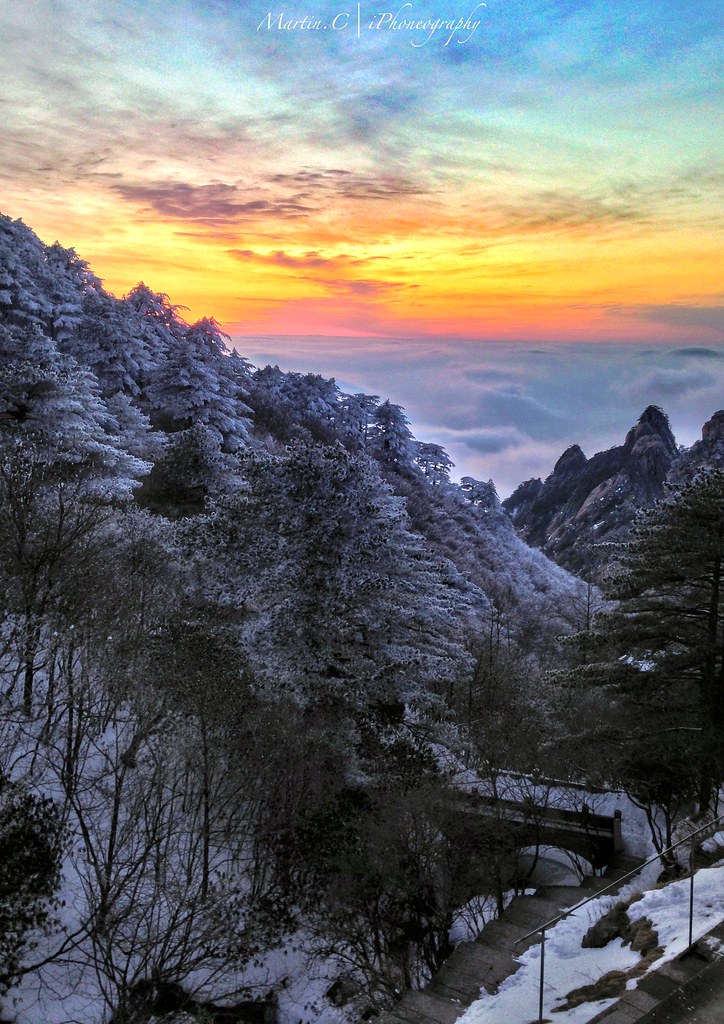 Backstory:
The idea of hiking came out of nowhere that day. When the spectacular scene revealed itself to me, I just pressed the shutter button.

By creating without a road map, without knowing the way there, a lot of interesting results emerged from the process. 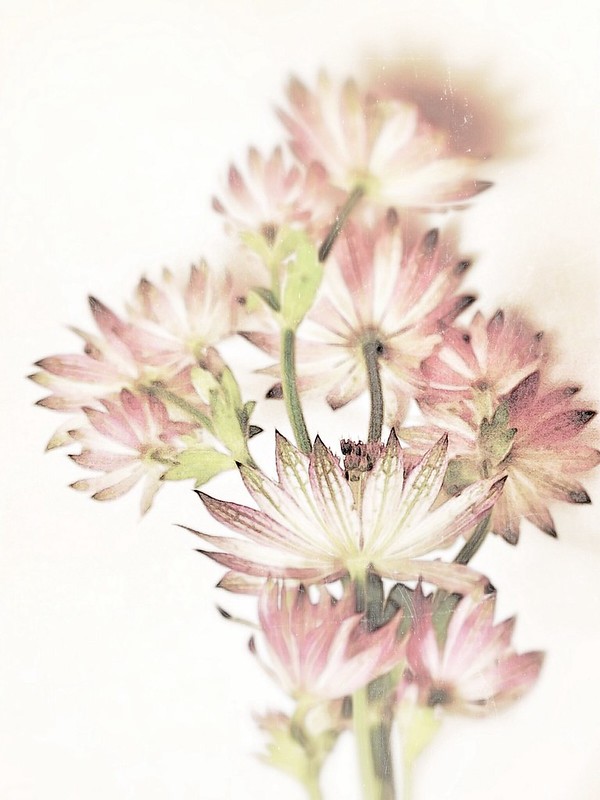 Backstory:
When I worked on this edit, I just had read Walt Whitman’s verses „That you are here – that life exists and identity,/That the powerful play goes on, and you may contribute a verse“ from his poem O Me! O Life! And seizing the day – Carpe Diem – means for me as an iphonegrapher to be inspired by everything that surrounds me and reflect it in my mobile art.

The subject of plants in full blossom and the withering of beautiful flowers allegorize the transience perfectly.

I put the flower on a white cloth and took the original image with the app ProCam XL on my iPad. I retouched some parts of the pictures with one of my favourite apps: Procreate. With Snapseed I tried out a lot of edit with the Selective Adjust tool, the Tune Image tool and the Details tools. With the Center Focus and the Tilt-Shift tool I got the effect, that the central blossom appears very sharp in the foreground, while other parts become blurred. With one of the Retrolux styles, I got that desaturated vintage effect and I saved the picture. I opened it again with the app Mobile Monet and played around to have some parts with black outlines and I saved it again. Finally, I merged the image saved with Snapseed and the one saved with Mobile Monet and merged both images with Image Blender.

I also edited a black and white version, which I also like.

Evening in Borovsk by Vadim Demjianov

Backstory: Where I live, a lot of small but charming old towns. Borovsky – one of them. There are many churches. shooting was “happy hours”, the treatment was minimal, so as not to distort the atmosphere of the time. Processing photos in Snapseed, Easy Elasticity in Tangled FX, then mixed in Blender, added color again in Snapseed, adjustment light in Lensflare, added texture in Laminar, and canvas texture in Blender. Added some textural in Glaze.