This week’s Apps Uncovered presents a selection of images of nature posted to our Flickr group over the last week – all of spring, summer or fall, before the season rapidly gives way to winter.

This week’s lead artwork, “L’appel de la forêt” by G Billon is a beautifully soft-focused view of a forest – almost painterly in effect.

David DeNagel, Fleur Schim (2 images), Sergiy Beliayev, Gianluca Ricoveri, Susan Blase and Sharon complete the week’s modest range of selections on this theme. (Of the 12 I selected, only 8 could be shared, and the remaining four did not reply to a request for additional information or to provide a shareable link.)

If you’d like to see your images in the running for selection to our weekly Apps Uncovered feature, be sure to list the apps you used to create your image when you upload it to the iPhoneographyCentral Flickr group. (And as an added bonus to other members who would love to learn from your successes, consider adding the “Backstory” describing the creative process that led you to capture and process the image as you did.) And please be sure to enable sharing of your images!

App used: Snapseed
Backstory: Took this picture on Saturday morning. I was running near the Rambouillet forest. Sundenly I really heard the call of the forest. Stopped my run and started to walk through the deep forest and took the picture.

After the Storm by David DeNagel

Apps used: IOS 13 Photos app/Lightroom CC/Snapseed. (I shot the image with an iPhone 11 pro, ultra wide angle lens.)
Backstory: I took this image after an Autumn thunderstorm; it was still twilight,just nearing dusk. The location was a farmer’s field.
I wanted to convey the rich tonal range of the scene and decided on black & white. Also, the monochromatic processing strengthened several elements contributing to the image’s visual drama: the departing white cloud reflected in the large puddle, the threshing remains littering the dark, wet ground and the deep highlighted horizon, to name a few.
I post processed the image first in the IOS 13 Photos app. Then I used Lightroom CC for a B&W preset and a curves adjustment. Finally, I transferred the photo to Snapseed to heighten certain areas of the image with dodging and burning. 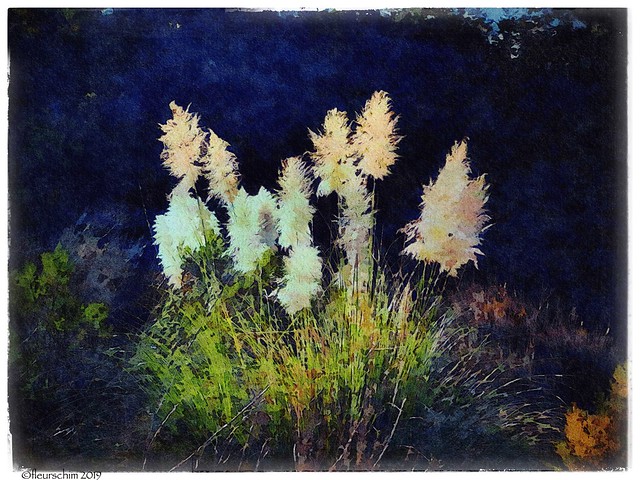 Apps used: Iphone11pro, cameraplus2, Snapseed, distressedfx, simply water, icolorama, imageblender
Backstory: We were on our early morning canyon hike. Shortly after sunrise. I couldn’t help but notice how the pampas grass was illuminated by the morning light. It was as if there was a spotlight shining on the vegetation.
I wanted to accentuate the plants with additional enhancements: I decreased ambience in Snapseed to diminish background distraction. I increased texture and mood in distressed FX. Simply water created that beautiful painterly effect which I further blended with iColorama, watercolor. The culmination of these efforts created an enhanced beauty. 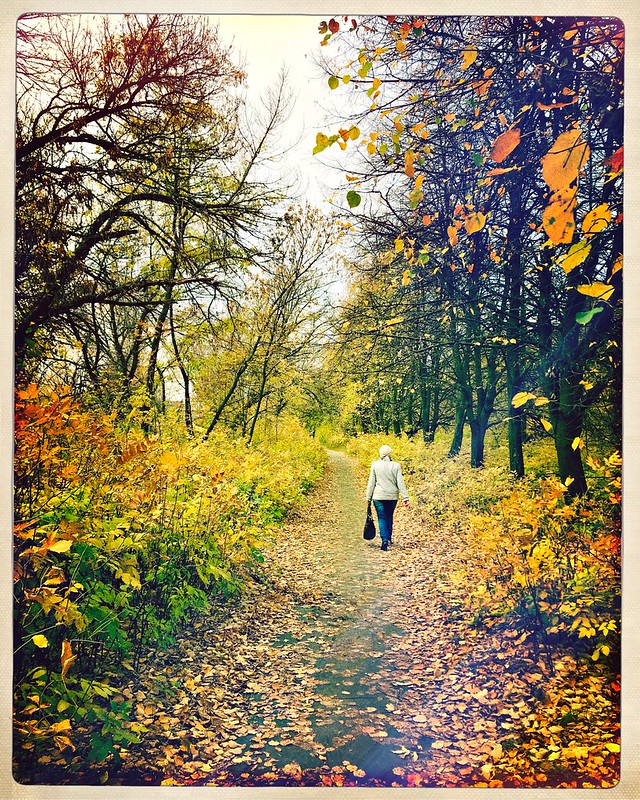 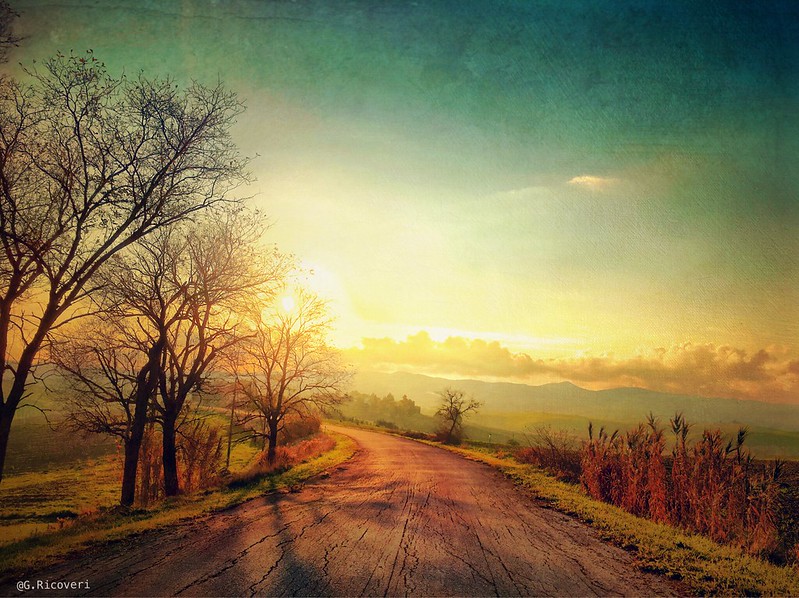 Apps used and backstory: I took this picture one morning during an excursion in the Tuscan countryside, the light was wonderful and I tried to emphasize its warmth. I used Procamera with the Hdr option enabled the editing was done with Snapseed and Stackables. 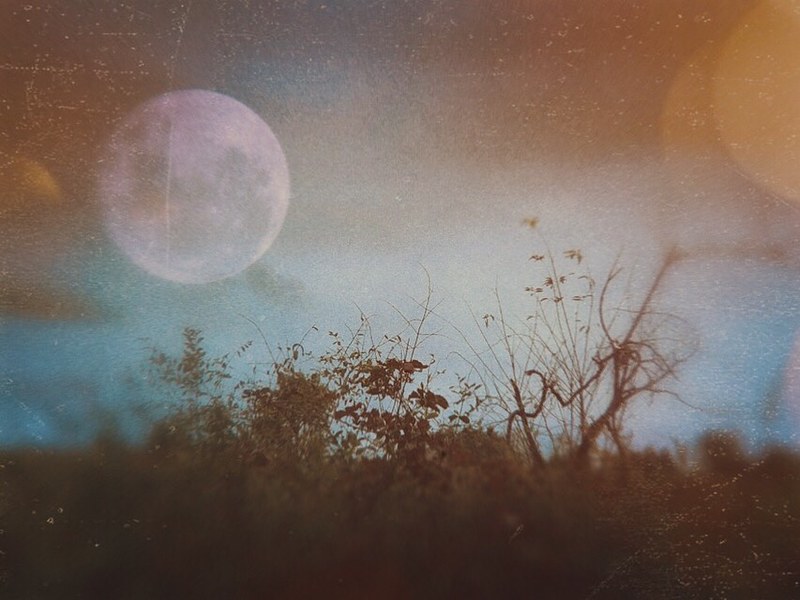 To dream by Susan Blase

Apps used: Tadaa, LensLight, Mextutes and 1967
Backstory: This photo revisits a spot where I had taken one of my favorite pictures I’ve ever done. Still looks pretty much the same, and I realize how my way of editing has evolved somewhat. In this as I usually do, I adjusted the focus and tone in Tadaa, then added the moon in LensLight. In this I try to use apps to soften elements which I add so as to not scream out that I did so. The remaining apps I had used to layer over some textures until I was satisfied. I named the photo as such because I had been thinking a lot about dreams lately and their importance in my creating. 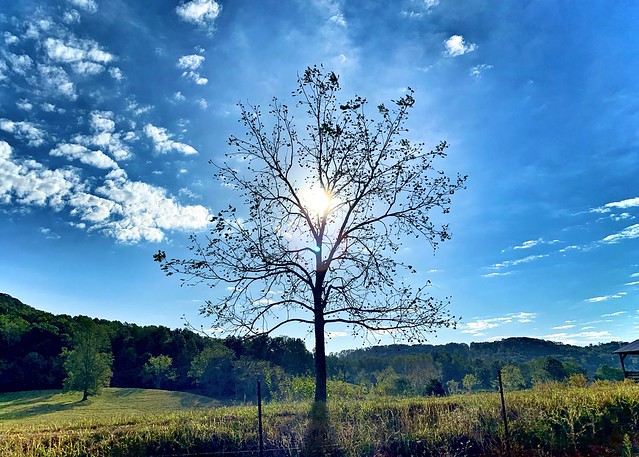 Apps used: I took this with my iPhone XS Max, and I used Snapseed to increase the ambiance and bump up the detail just a tad.
Backstory: This is a tree around the corner from me and I’ve been shooting it for years now. The first time I found it, I just loved it. It’s one little tree in a huge pasture with mountains surrounding it, and I can never resist catching a shot when I drive that way. 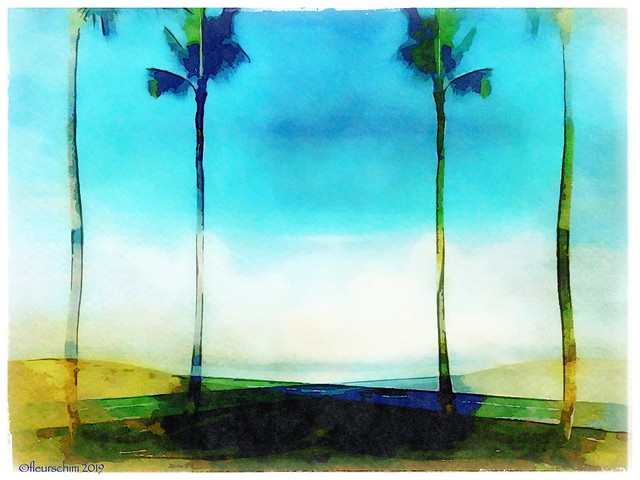 Apps used: phonexSl, cameraplus2, Snapseed, distressedfx, icolorama, imageblender, simply water
Backstory: Back Story: this image is one of many that I captured while in paradise, on the island of Hawaii. So much beauty.
Later, I was inspired by the concept of parallel lines. I reinvented my image using iColorama, forms, to get a double exposure, then watercolor. Then, I created texture and ambience with distressed FX. I ran it through Simply Water and image blended it back with the iColorama image to get the final version.
I like how the juxtaposition of the images create a crossroads; Wonderful lines. A surreal Parallel universe