This week’s Apps Uncovered was selected in dedication to Nate Park, who continues to be one of the great figures (along with his wife, Daria Polichetti) in the evolution of iPhoneography art. Their 2012 Los Angeles Mobile Arts Festival, with over 500 pieces of iPhone-created art, remains the largest curated public exhibition of iPhone ever, in the world.

This exhibition brought together hundreds of artists from dozens of countries, many of whom went on to professional or “enthusiast” art careers – as practicing artists, teachers, or writers.

As Nate continues to work through some health issues, I’d like to dedicate this week’s selections to Beautiful Things – those “common” and “everyday” situations that in our quest for the new and innovative, we don’t take the time to see. This week’s choices encourage us to take a step back and enjoy all the moments of beauty and spontaneity that constantly enfold around us.

This week’s lead artwork a gorgeous sunrise shot of Padley Gorge (in the UK) by iPhoneographic artist and veteran iPhoneography Central contributor Scott Simpson, captured using Slowshuttercam and post-processed with Snapseed. I love the depth of the image – a strong foreground, impressive middle ground and a stunning cloudless blue sky with the sun dominating. The composition is a timeless and enchanting landscape. Another tranquel scene by Scott, capturing a small waterfall, is also included in this collection as well.

IMPORTANT CHANGES TO THE GROUP:
It is a real pleasure for Bob and I to pour through the weekly gallery each week of your images. We love reading about the stories and techniques behind the images and then sharing the best of them with the world. This can take a few hours to put together, and can even longer when image-sharing is disabled on a Flickr member’s images. 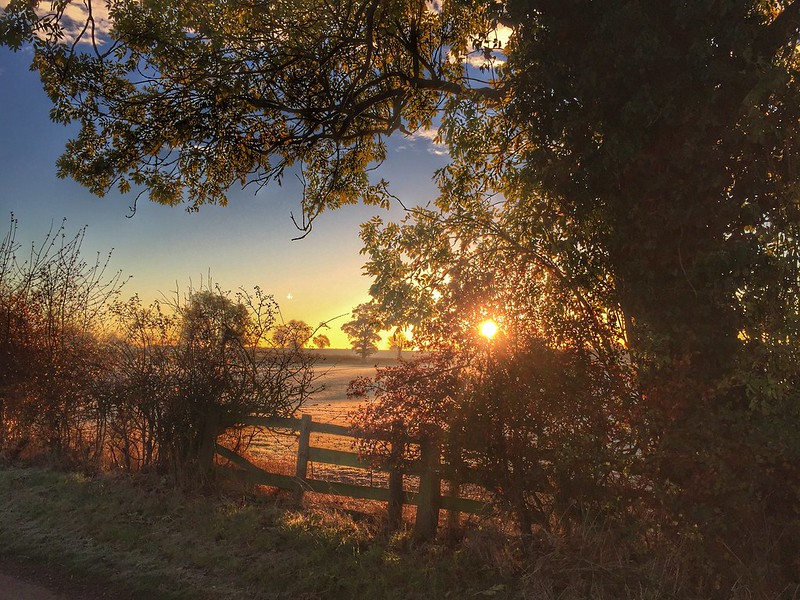 Apps used and backstory: This image was taken in Leicestershire near a place called Twycross on my 30mile commute to work, spending so much time in the car i’m always on the look out for places to stop so i can capture the varied weather conditions and different landscapes. It forms part of my current 366 project and was taken using the regular iphone6 camera and tweaked in snapseed.

“The road never ends … only our vision does.” Amit Reddy by Tuba Korhan

Apps used and backstory: While I was in Antalya Turkey for my late summer holiday I made photo walks to near by villages. At that day when I heard the noise of the motorbike I was trying to convince a young boy to pose with his cute puppy. As soon as I turn my head I spotted the motorbike and get ready to shoot. Although they were driving fast in a dusty road I was lucky enough to capture in focus. I shot with iPhone’s native camera and edited on Hipstamatic. I chose JohnS Lens and Uchitel 20 film to achieve this result..

Backstory: Amazing view of Waikiki on top of Diamond Head! 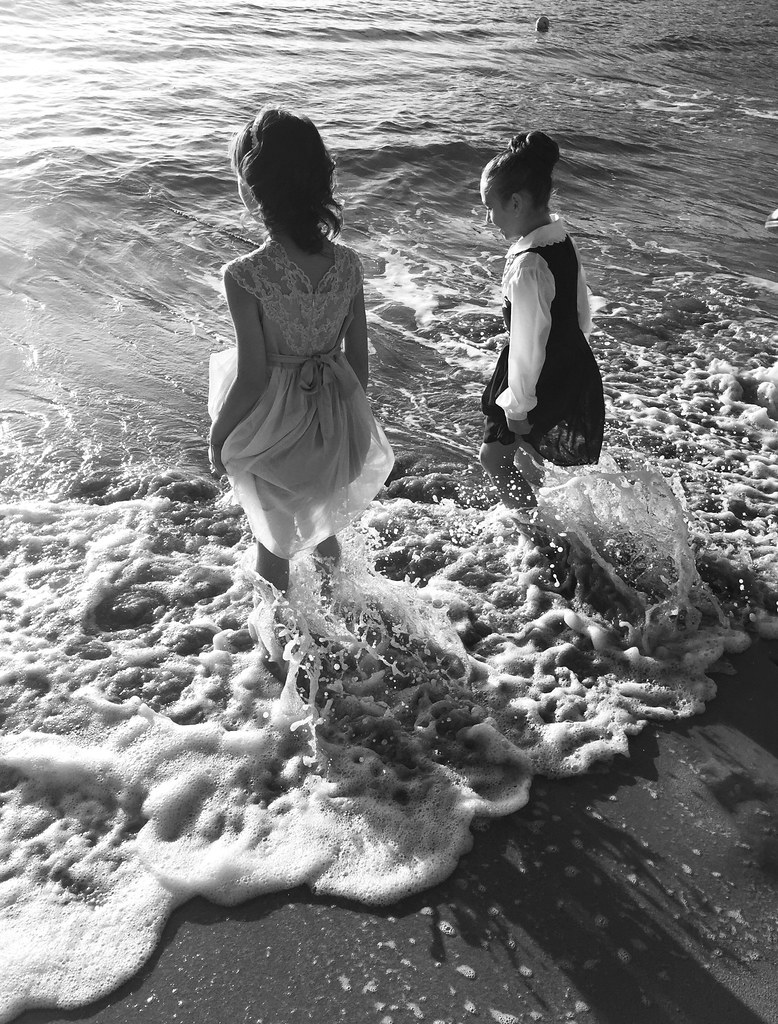 Age of Innocense by Laura Peischl

Backstory: A warm November day, sunset over the Mediterranean and the two girls mesmerized by the last rays of sun. Perfect light shining through their dresses making them translucent, faces lit up. 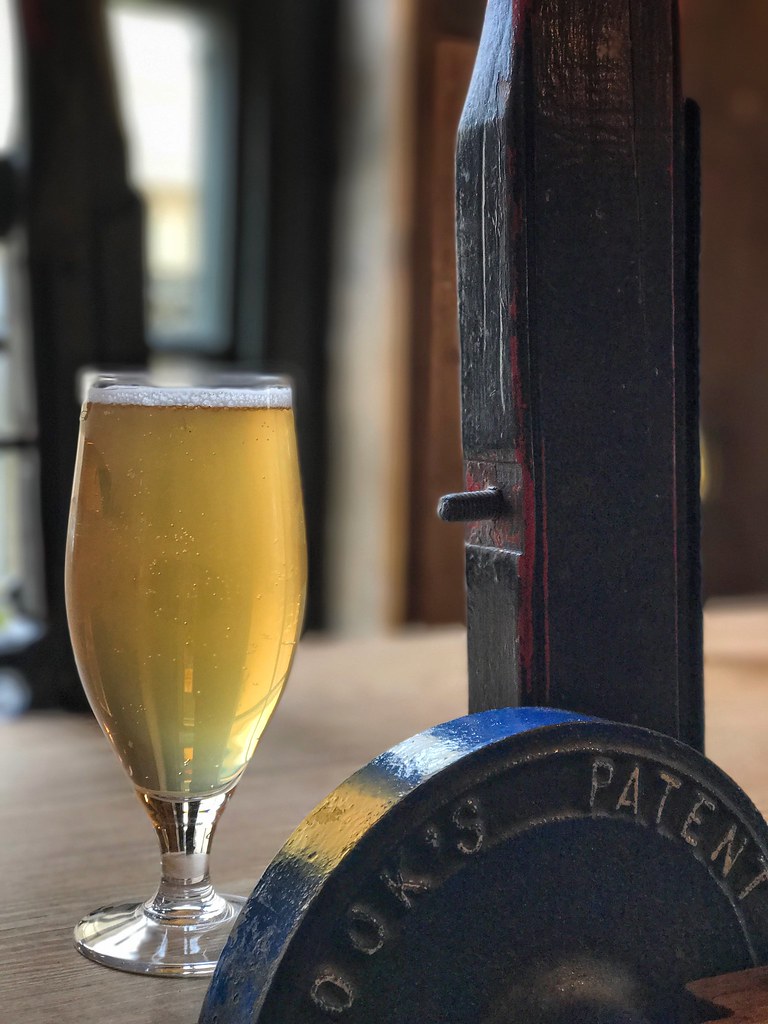 App used and backstory: iPhone 7 Plus using the new Portrait mode, then edited on the phone using Snapseed. Was taken in the Bath Brew House, a bar with quite a few railway artifacts. 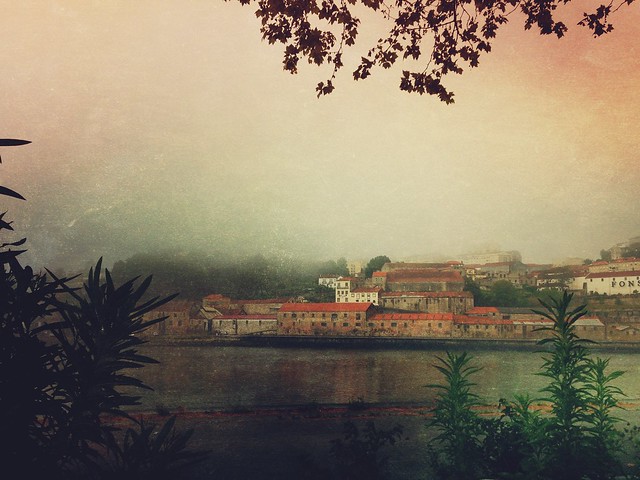 Backstory: I tooked this picture on a sunny day of May 2013. On the other side of the river I saw the fog over this old building in ruins, creating a very interesting atmosphere.
I tried to frame the building in ruins and the river with the bushes and branches of trees and tooked the picture. 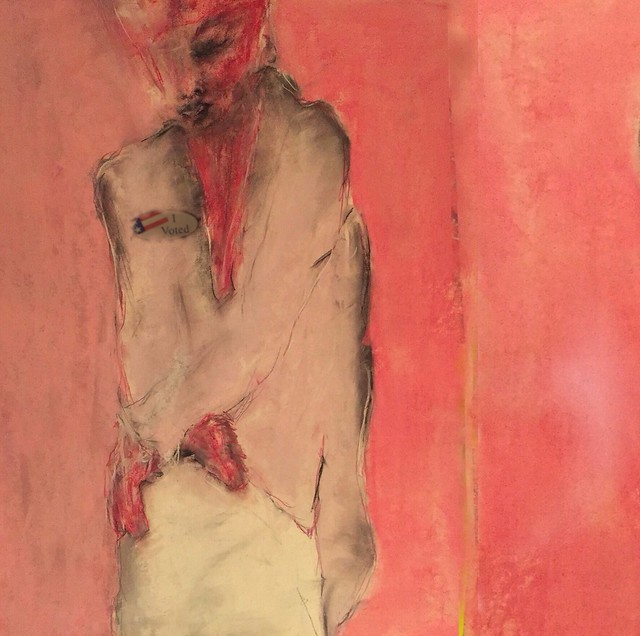 Apps used and backstory: The apps used were Image Blender and Squareready.
It was created out of angst and utter disbelief on the eve of the election. 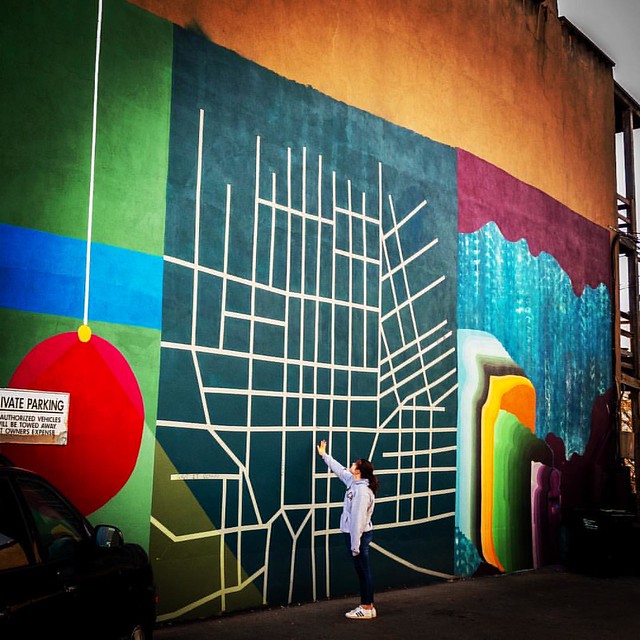 Hand on by Michael Beresin

Apps used and backstory: This image was taken with my iPhone 6s using ProCam and imported to the Lightroom mobile App in raw mode. It was then edited in Lightroom mobile. I was recently in Ithaca New York and while taking a walk with my daughter, I spotted this building mural and thought that it might make for an interesting image. So I asked my daughter to walk over to the building, place her hand on it and pose while looking at it. I must say that the ability to shoot in raw with my iPhone has taken my images to another level. But in the end it’s still about the creativity of finding, composing and capturing the image. I then exported the image from Lightroom mobile as a jpg and then used an Instagram filter, resulting in the final image. 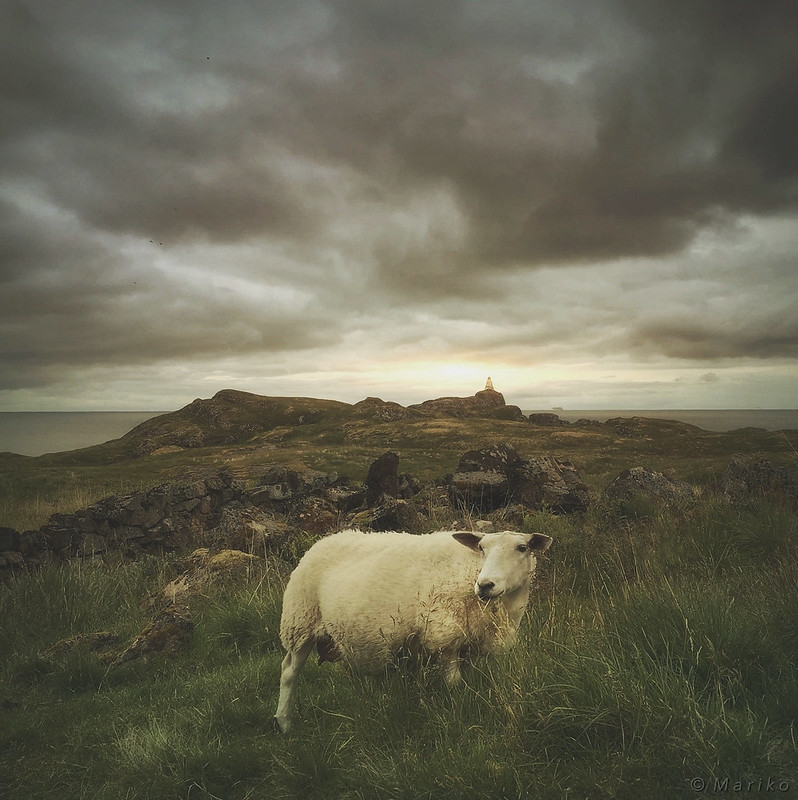 The Loner by Mariko Klug

Backstory: This portrait of a lone sheep was taken on the Lofoten Islands (Norway) with an iPhone 6s. 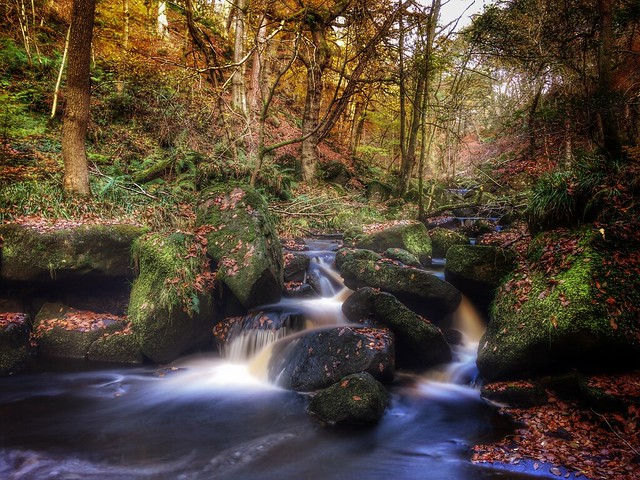 Apps used and backstory: This photo of Padley Gorge in the peak district was taken using slowshuttercam app it was then post processed in snapseed. Slowshuttercam app is a great app as it allows you to take images that traditionally you would only be able to capture on a dslr or film camera with a long exposure.

Apps used: I took this photo with the native iPhone 7+ camera, it is very simply edited using Snapseed and Procreate. 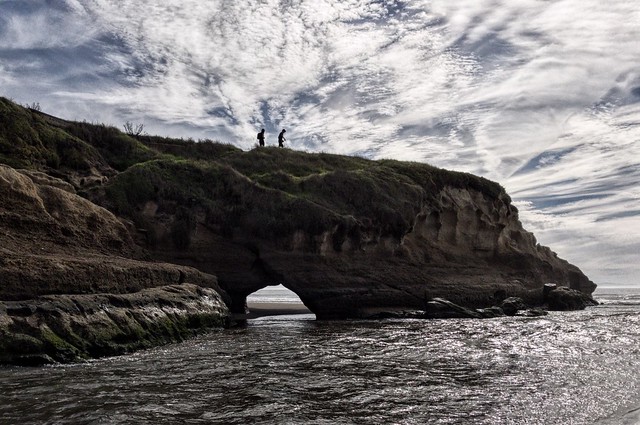 At the river mouth by Ted Silveira

Apps used: Shot with ProCamera, edited with Snapseed to crop, lighten some shadows, and bring out the clouds.

Backstory: I was at the beach, taking some photos of the clouds over the bay. I’d just finished snapping someone walking through the opening in the cliff, when two guys walked over the top, so I snapped them, too, on a whim. I thought the earlier shots were going to be The Ones, but when I got a chance to review al the photos, this chance shot was it. 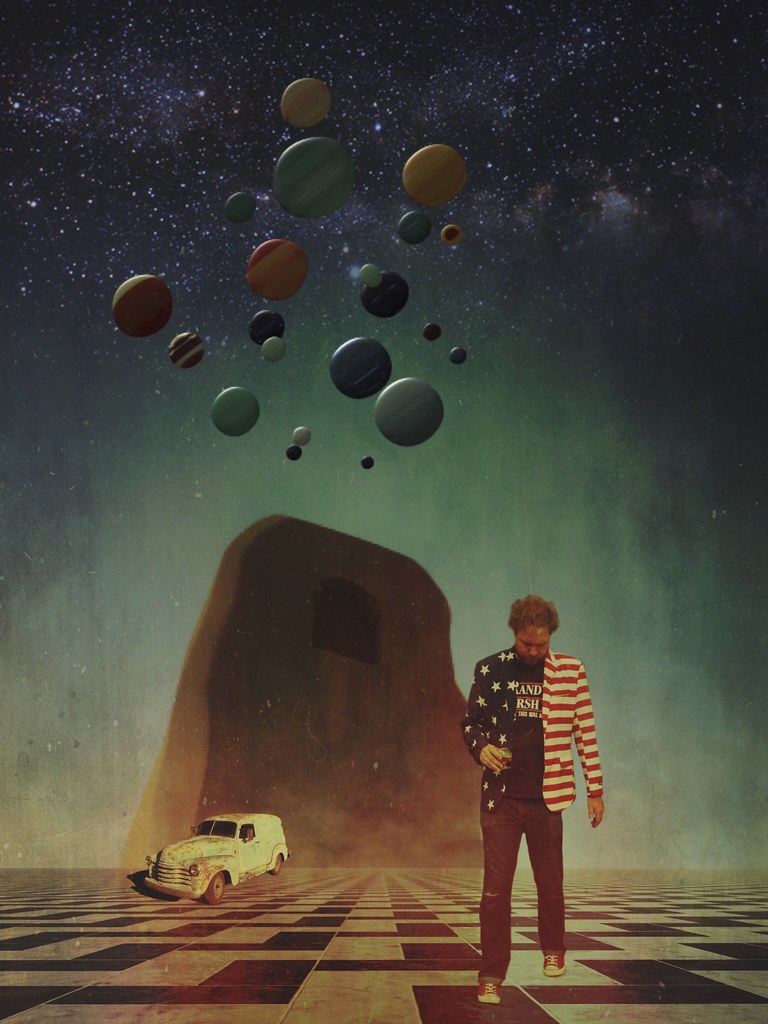 Walk of Shame by Chad Rankin

Backstory: Richmond Hill is a magical location with beautiful views and even prettier during Autumn! I was so lucky to find this beautiful Bobbin bicycle leaning on the fence. I took the photo with VividHDR and edited it with Stackables. Then the owner came to get the bike and we got chatting and I showed her the edit of my photo. She loved it and she asked me for a copy of it which she will print and put on her wall. We will be meeting up for coffee sometime!