Welcome to the this week’s Apps Uncovered. Cindy Buske steals the top spot this week with her hauntingly beautiful image Alkea-Guinea.

Rounding out the rest of the talent are some new faces as well as some regular contributors to our weekly showcase including: Tuba Korhan, Nech0, Ivan bradauskas, Susan Blase,Em Kachouro, Julia Nathanson, Catherine Restivo, Allyson Marie and Mark Walton.

Don’t miss our next newsletter which includes a wonderful step-by-step tutorial by the one of the Mobile Photo Award (MPA) winners. Mariko Klug was our first MPA winner to publish a tutorial which you can view here. Click here to receive our occasional newsletter keeping you up to date with the latest tutorials and giveaways. 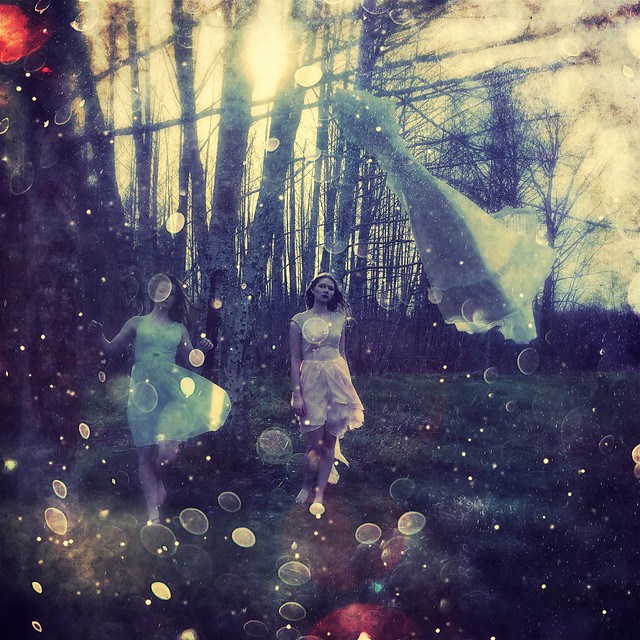 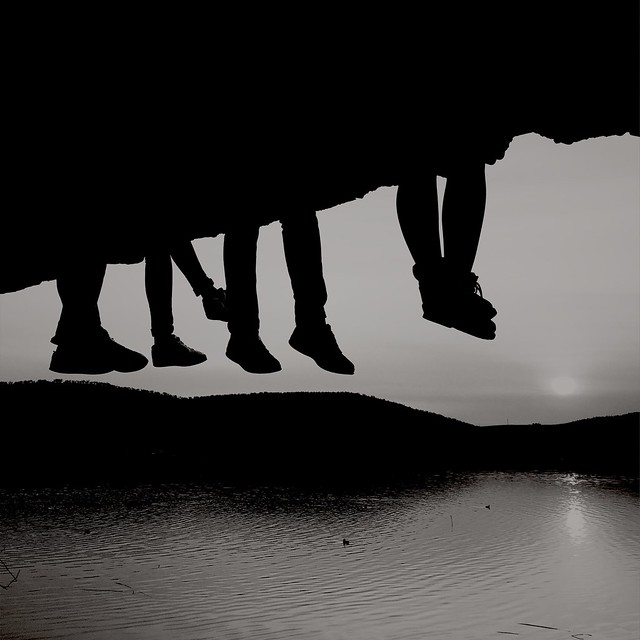 Apps used: I used Hipstamatic 300 with Victoria lens and Blanko Noir film while shooting this photo. Then I changed the combination to Lowy lens, Arjan film and made some adjustments on Hipstamatic’s editing suite. I think this high contrast B&W film is ideal for silhouette photos..

Backstory: This year spring arrived very early. I went hiking around the Lake Eymir. A group of teenagers were sitting on an old boatshed and singing. I got under the canopy which they were sitting and captured this unusual lake view. 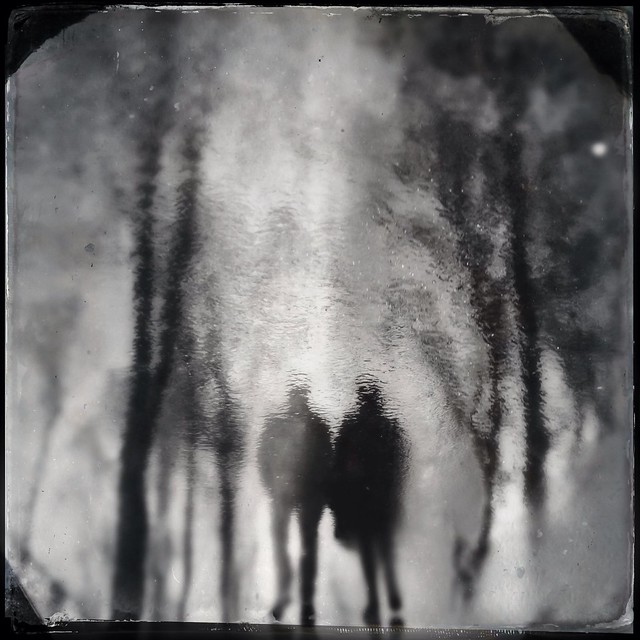 Apps used: I used iPhone 4 and Hipstamatic’s Tinto 1884 Lens and D-Type Plate film. Some edits were made using Snapseed.singing. I got under the canopy which they were sitting and captured this unusual lake view.

Backstory: It is an inverted reflection of a couple in a huge puddle. I walked behind them for a long time before being able to make a good picture. 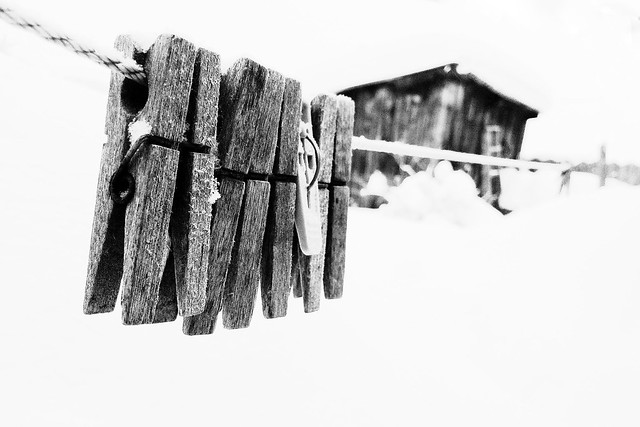 Apps used: This photo was taken on my iPhone 5s, I used here ProvokeCam with black and white filter, and some processed SnapseedApp, that’s all.

Backstory: The scene struck me as interesting and expressive and I just took this pictureone of the Russia’s most remarkable landscape painters, the originator of the so-called ‘mood landscape’. 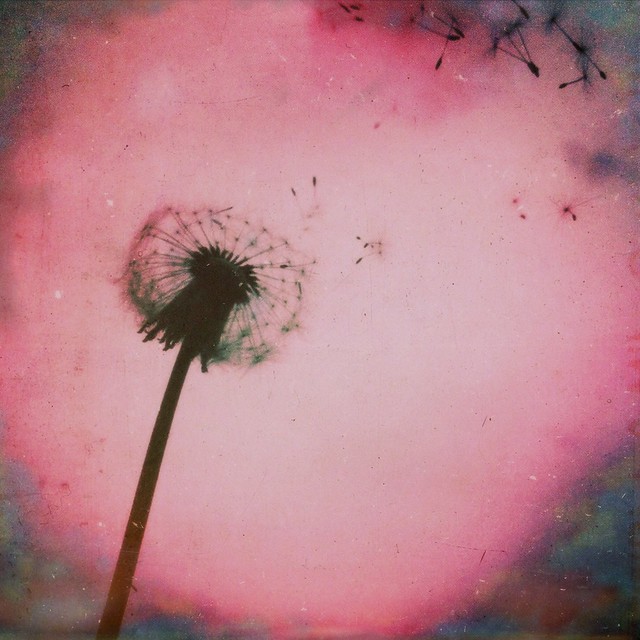 Fly, fly away by Susan Blase

Apps Used: Oggl, Mextures and Afterlight on iPhone.
Backstory: This photo sat on my phone for a long time. Sometimes I feel these dandelion pics get me back to how I really got going with Iphoneography. Or just simply I’m stuck and they come to me very easy. The base photo was shot and edited in Oggl app, which I still like using better than Hipstamatic even though so buggy. I then tried to get some richness with Mextures and add some color. I further did so in PicsArt which I’ve been using a lot lately because it’s got so many controls within. I wanted it to be sort of hazy and sad yet due to color still remain soft. It echoes some bittersweet feelings I have been feeling this week. 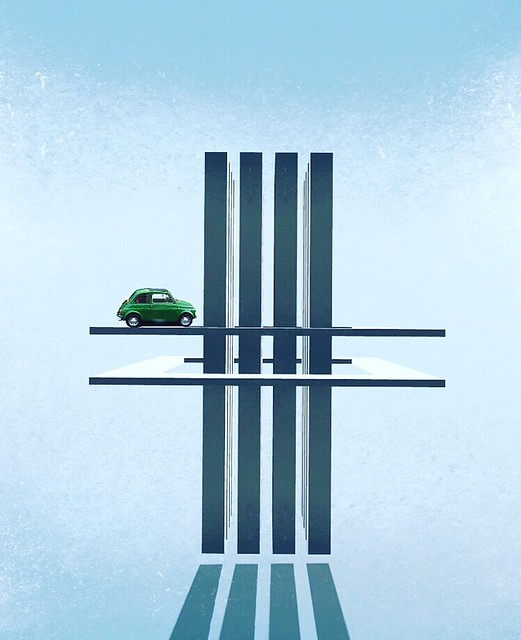 Apps used: I used the app Procreate for painting the background and for cropping the green litte car, an old Cinquecento.

Backstory: I called it “Route”, because the course seems to be free and unlimited (in the clouds) and determined at the same time. 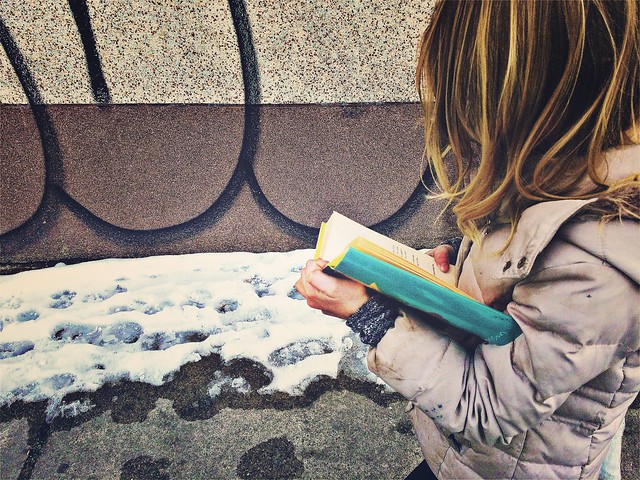 •this is how i see it• by Julia Nathanson 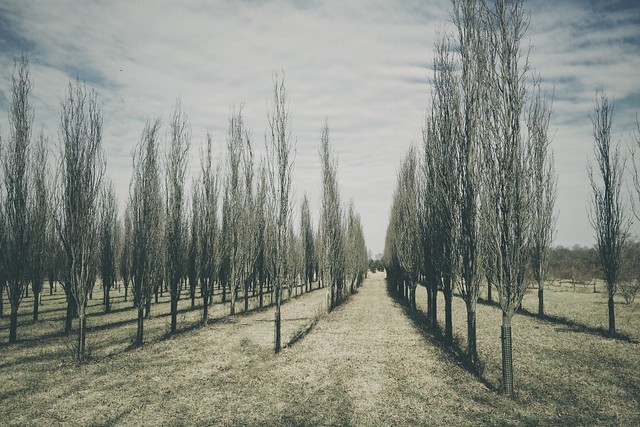 On my bike… by Catherine Restivo

Apps used and Backstory: This is my daughter, on the way home from the public library. Shot and edited with Hipstamatic.

Apps used: This was taken using the native camera app on my iPhone 5S, and edited with VSCO.
Backstory: I was riding my bike on a rail-to-trail, and passed this lovely orchard. I really love the shape of the trees, and wanted to get a bit closer for a better shot. The orchard was up a short but steep incline, covered in stickery brambles (maybe blackberries?! I must go back in the Summer for a mid-ride snack!) I took one shot with the brambles in the foreground, and the rest I took by reaching through the brambles, trying to keep my balance on the steep slope, not drop my iPhone on the other side of the fence, and not get scratched by the stickers. A little bit of a ninja shoot. 😉 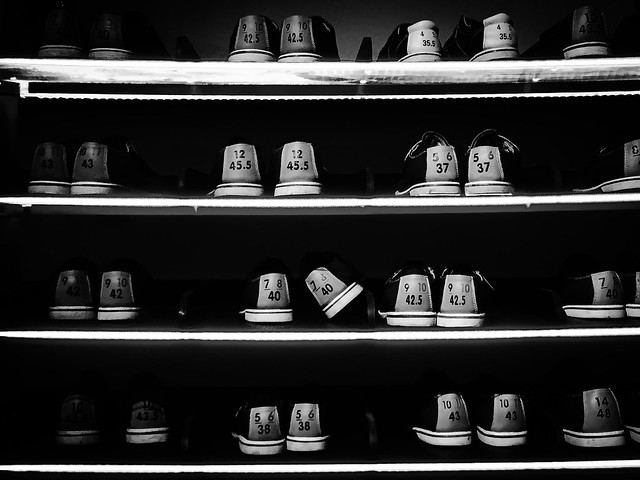 .theres always one… be that one. by Allyson Marie

Apps used: iPhone6 psxpress and snapseed black and white
Backstory: We do a lot of traveling for my son – he plays on a hockey team, one of our stops was at a place called orange county choppers, they have a huge display of custom motorcycles, a restaurant and a bowling alley.

As I was making my way past the bowling alley, I looked over to my left and there all light up in neon blue lighting was the shoe rental rack which instantly caught my eye. I snapped a few pics and noticed the one shoe slightly tip over and all the rest perfectly sitting next to each other. The use of the black and white ,I thought, made the numbers stand out on the shoes. and the pattern pleasing to the eye.