With this week’s Apps Uncovered I share a cross-section of some of the fantastic submissions made to our Flickr group. This week, with Spring transitioning to Summer, I was most intrigued by the images that evoked the bright, shiny and urgent colors and light that seem true to the season – positive, uplifting, and in a word, beautiful.

This week’s lead artwork, “W50th Street” by Paul Toussaint, illustrates a moment on a New York City Street, with the unique vibe and look characteristic of the city. Quite selfishly, this resonated with me, since I just returned from a week-long video shoot along the Hudson and in Manhattan. The shot put a big smile on my face.

Apps used: Native iPhone XR camera and Filterstorm Neue 1
Backstory: When I shoot my NYC scenes like this one I like to make sure my composition is perfect. I waited for the bike rider to give me a focal point for my image. I use several apps to get this effect, I bring it into snapseed, iColorama, Filterstorm. In snapseed I’ll brighten the image to make specific colors “pop” and then I’ll save that, I then put it in iColorama to enhance the image and then save that. In Filterstorm I use for layering. I’ll layer the image then enlarge the image and use my finger to erase or uncover the specific elements in the lower bottom image like the street lights, the people etc. 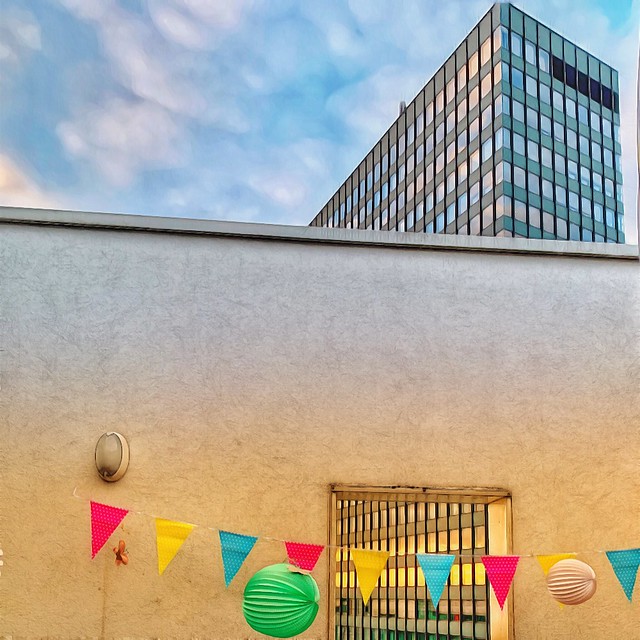 Apps used: Hipstamatic, Snapseed, iColorama
Backstory: This was a private party so I shot over the heads of the guests. The terrace has an open window looking onto a skyscraper which had the golden sun reflecting in the windows. I imported the original Hipstamatic photo (no lens or film) into Snapseed using the hdr filter to bring out the clouds and some general adjustments and then imported it into iColorama. I used various style filters and color filter (LUTS) to enhance the colors and impart a subtle, slightly painterly effect.

These Rescued Wings by Hotel Midnight

Apps used: Sketchbook, DistressedFX+, PhotoWizard FX(, Hot Wax and Plaster.) LenseLight, and WordSwag.
Backstory: The light cannot be buried for long and neither can the darkness. Light wins. I’ve been focusing new work on parts of my house, This is the west wall–No Windows for good reason this is the desert. But I love the sunset and once in awhile I visualize this door to watch it. After seeing the show DESERT TRANSCENDENTALIST Agnes Pelton. Her glowing abstracts are so delicately blended and beautiful I wanted to work on the shimmering stars, glowing plants and atmospheric skies. Though their work was primarily abstract there was such a sense of desert place that I knew it would work. 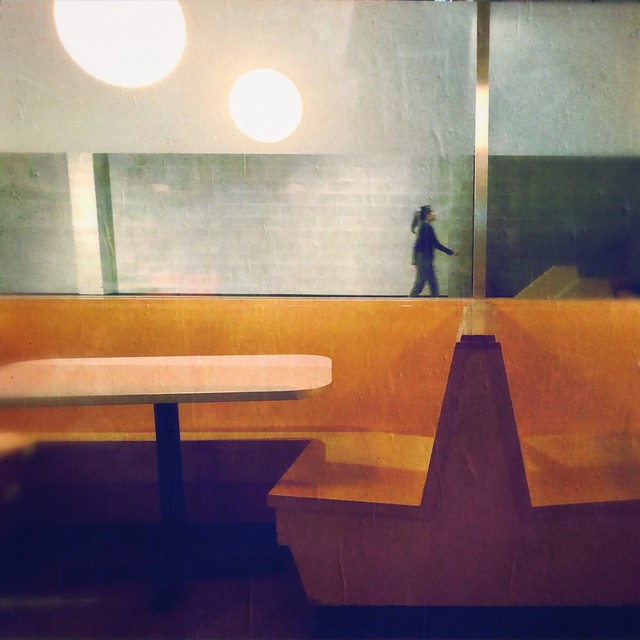 Apps used: This image was taken with the Hipstamatic app (Americana lens, blanko_1 film, some cropping but no further editing than that).
Backstory: This image was taken as part of the 24 Hour Project (one of my first stops after mid-night that evening). I selected the location because The Garage has a great late night atmosphere and lots of different spaces for walking around and finding something interesting. I liked this image of the bowlers through the dining area window (and the reflection of the lights). The lens selection aimed to highlight the late night diner mood to the empty booths. I thought the lighting with the people on the other side of the glass added a little surreal quality to it. 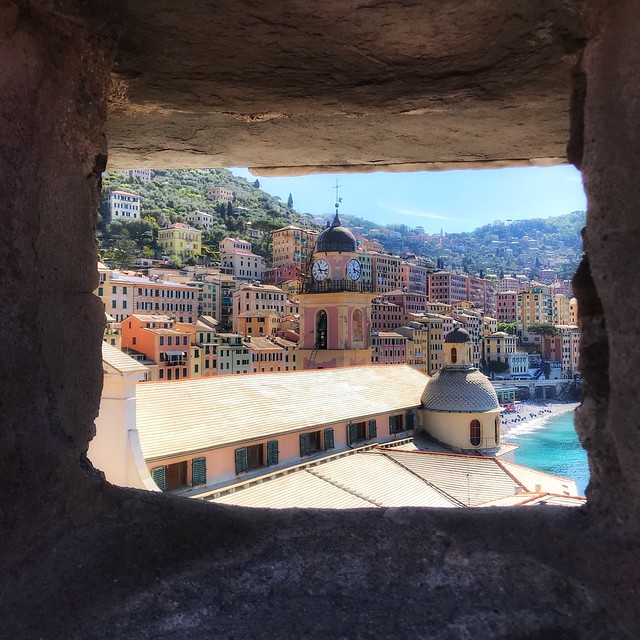 Narrow is the way by Tomaso Belloni

Apps used: I shot with the default camera app on an iPhone 7plus and edited with Snapseed.
Backstory: It is difficult to find new views of iconic places like this, Camogli on the Ligurian see. I climbed on the old castle, usually not open, and noticed these openings in the wall. This one was just perfect for a good framing. 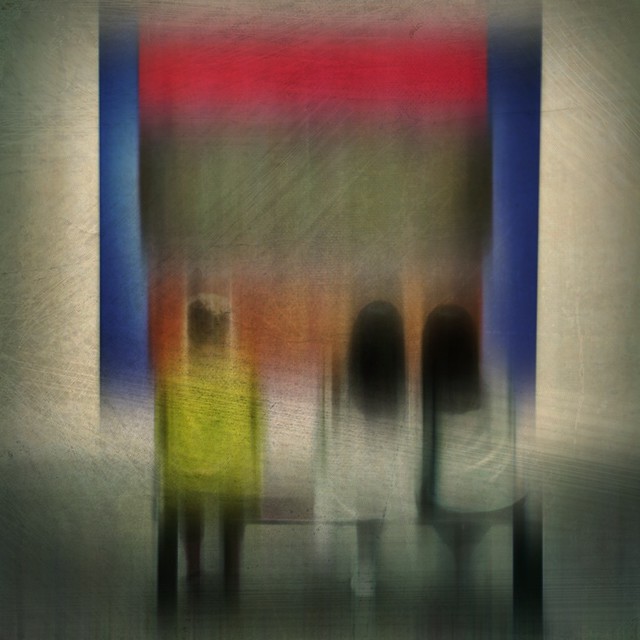 Apps used: IColorama, distressedFX, snapseed
Backstory: On a recent visit to the Met in New York, I took several photos of two identical looking girls from different angles and viewing different artwork. This was one of my favorites. 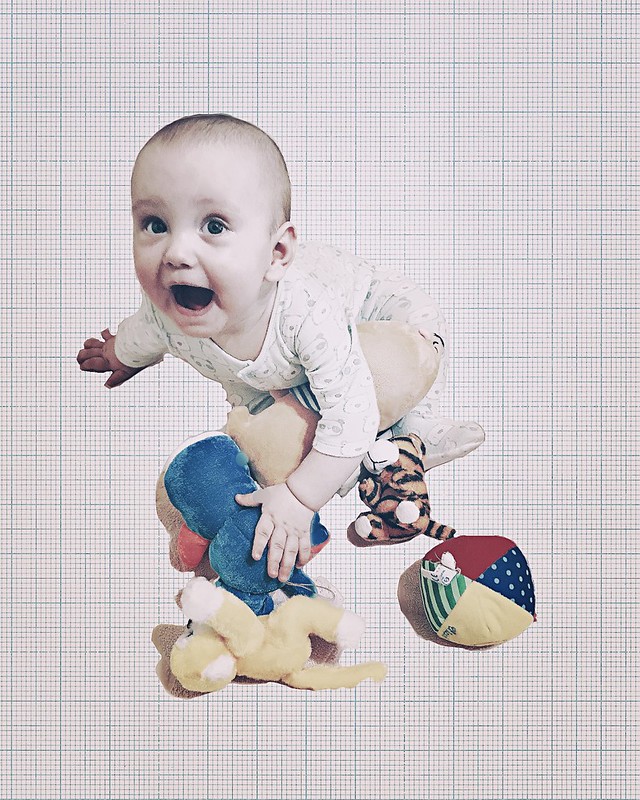 atop the hill by jeremy cassell

Apps used and backstory: I used Pro Camera and Snapseed. I literally got off my couch, looked out my window and took this picture. What an exciting adventure, ha! 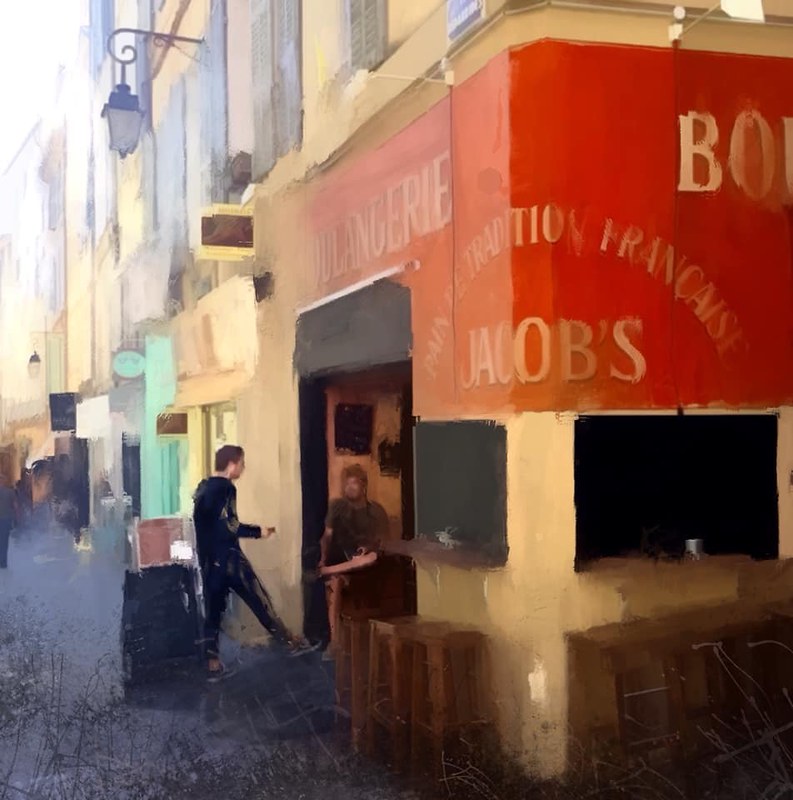 Somewhere in Toulon by rita colantonio

Apps used and backstory: This is a street shot taken with my iphone6s while visiting Toulon, France. I found myself in Cezanne’s country, literally immersed in the art and culture of his time. This photo is also about the everyday life there, the warm light, old textures and brilliant color. I wanted to feel the intimacy of being there by “listening in” on a street corner conversation. This photo was edited in IColorama app where I simplified the image, added water effects and some grunge brushing. I also enhanced the natural light coming into the image and slightly saturated some of the color. The overall effect is an impressionistic painterly image reminiscent of the art of 19th century France.

Another View by Pam Morris