This week’s Apps Uncovered presents a selection of what I found to be the most intriguing images for the week in our Flickr group, across a wide range of styles and subjects – but all somehow touching on the notion of Light & Dark – whether literally or metaphorically.

This week’s lead artwork is by David Hayes, and quite literally calls up the qualities of light and dark, shade and sun, and the b&w quality of the image only service to reinforce that dichotomy.

Apps used and backstory: The only app I used was Stackables…and the native camera app in my iPhone6. There are always interesting light patterns coming through a back room window…I just took advantage of it a placed some fun elements to see what would happen.

Apps used and backstory: As for backstory, it’s a pretty simple one. I am a passionate lover of neon and photograph it as often as I can. While on a recent visit to the Rock & Roll Hall of Fame in Cleveland, several pieces of neon, including this one caught my eye. I shot it, cropped it and post processed in Snapseed, one of my preferred apps. I sharpened up the colors a little bit and was pleased at how the colored lights of the neon reflected on the ceiling. 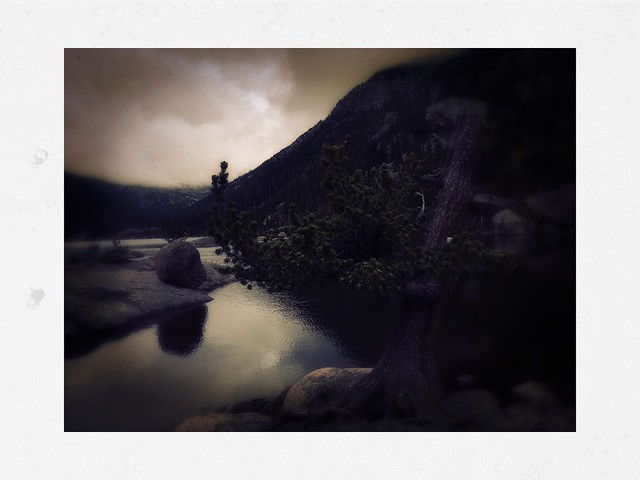 In That Stillness by Kate 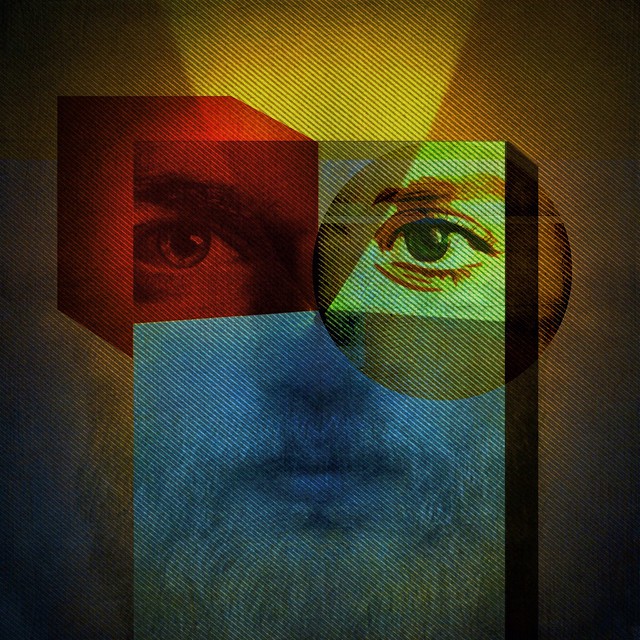 The harder you see by Clint Cline

Apps used: RollWorld, Superimpose, SuperimposeX, Snapseed, imaengine, iColorama, Stackables.
Backstory: “The Harder You See” is a composite work of portraiture in which I was exploring the idea that while we are each created as unique and distinctive persons we necessarily share a common humanity that binds us. Each distinguishing feature of this ‘character’ is from three different images, two male and one female, and they combine in a triune portrait that underscores the sacredness of life, the inherent dignity of the person, and the unique value of each human soul. 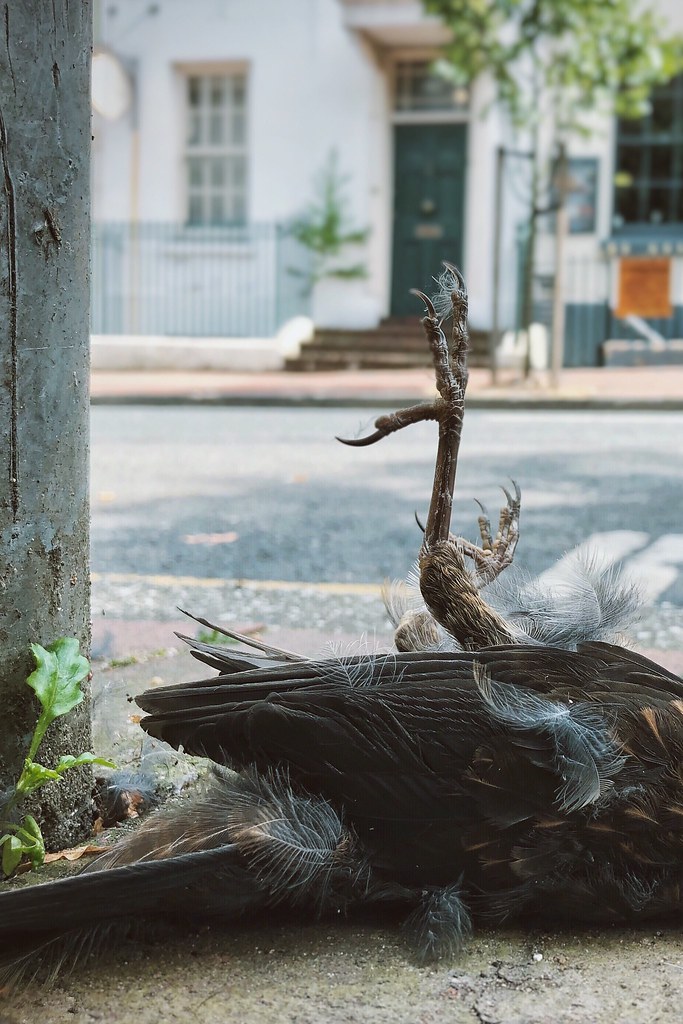 Pining for the fjords by Andy Chapman

Apps used and backstory: I came across this scene whilst walking around town. I have a somewhat morbid curiosity when it comes to dead creatures, this one particularly interested me in the way it was positioned, so I took a few shots. Got a number of odd looks from passers by as well! The processing was fairly straight forward, I used Snapseed mostly. Tried a few different crops until I got something I liked, tweaked the colours, sharpened the foreground and added a bit of blur to the background. 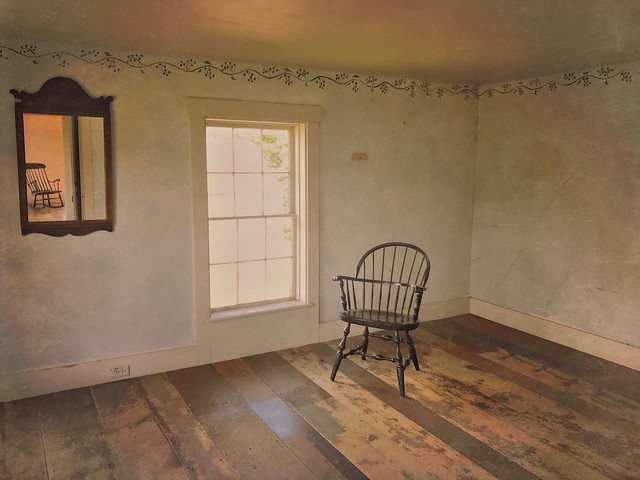 Apps used and backstory: This photo was taken with the Hipstamatic app. The combo is Le Allan, Love 81, Juicy Orange Gel. I was at the Olson House in Cushing, Maine for two days a few weeks ago. The painter Andrew Wyeth made this house famous with his iconic painting, “Christina’s World.” He painted in the house for over twenty years and I felt The power of the place as I photographed. I chose this particular combo for how it captured the light and stillness of the house which resonates with memories. 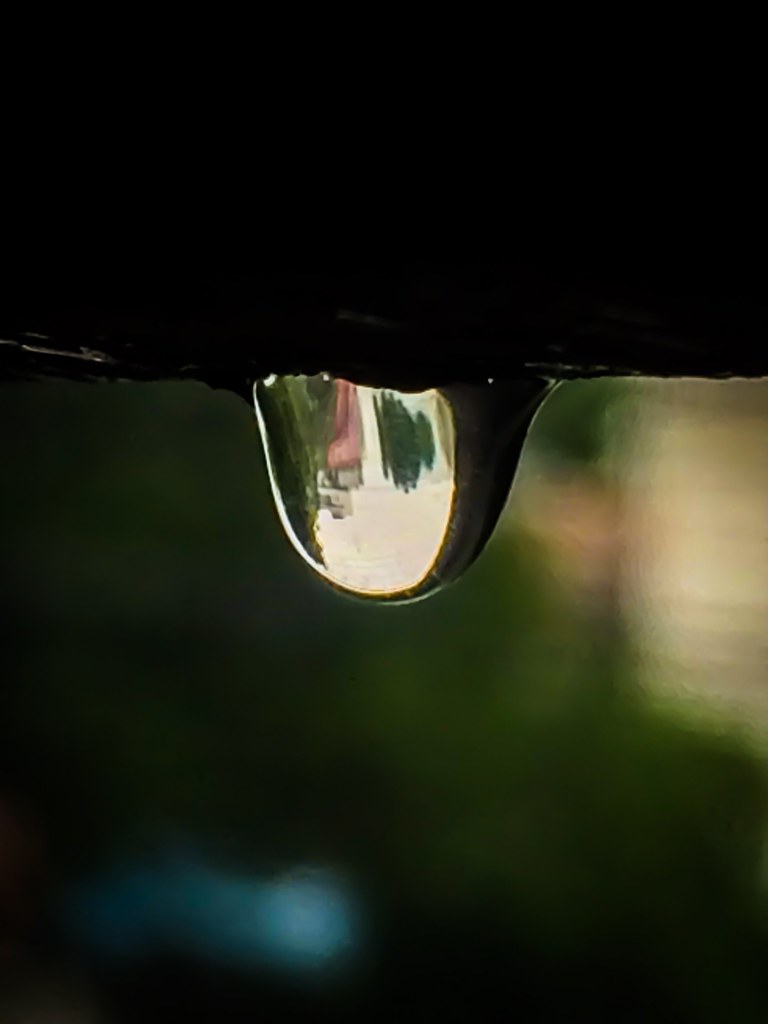 Apps used and backstory: This picture was taken with an iPhone 5s native camera and worked with lightroom. 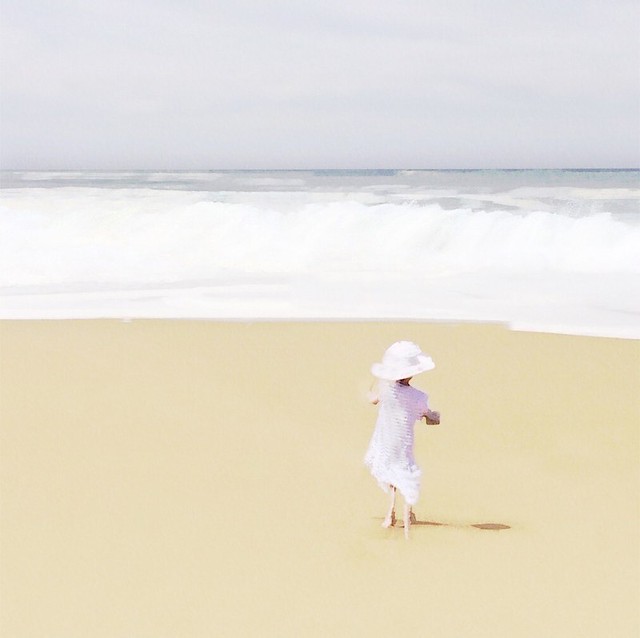 App used: slow shuttercam icolorama Leonardo snapseed stackables app
Backstory: I watched for a moment the little girl playing on the beach. I could finally take a picture when she found herself alone in front of the ocean.

Used Apps: Snapseed, Superimpose
Back story: I took this photo in a hotel in Bremen, at breakfast. I liked the green velvet bench and the round lamp. I did some photos with my iPhone6 and here I liked the expression of the face and the gesture – it had something of fatigue, resignation and something lost in thoughts. I think my husband thought I had taken enough pictures……!

I have not changed much on the picture. I’ve just laid a light structure (a photo of a frosted windowpane) over the image – with Superimpose – to adapt the strong