The week’s lead artwork is a wonderfully evocative night shot with approaching headlights on a two lane highway, with a huge moon and starry sky providing the moody backdrop to this mysterious scene. You can almost feel the chill in the air! 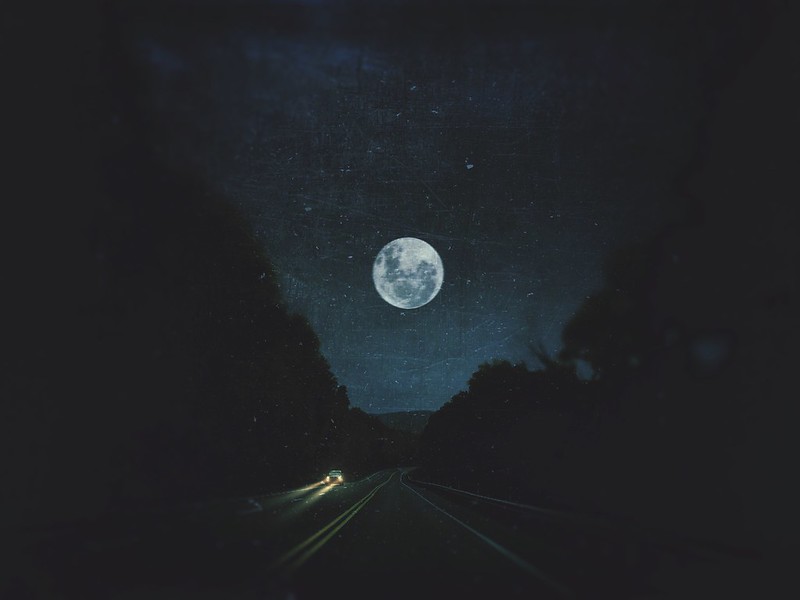 Apps used: Tadaa, LensLight and Mextures
Backstory: This started out driving home on a road that cuts through a state forest. I often take some snaps at top of mountain that honestly don’t look like much at face value. My starting point is often Tadaa. I really blurred the outer edges and brought down the brightness but it still looked very plain to me. I added some drama with LensLight, and was on fence how much I wanted the moon to be focal point. I finally settled and felt it needed some texture that I added while still in Tadaa then a bit in Mextures. I have come to just have a routine of apps such as these to create these driving shots, the fun part is not really having a plan and seeing where it goes once you build your foundation of focus and tone. 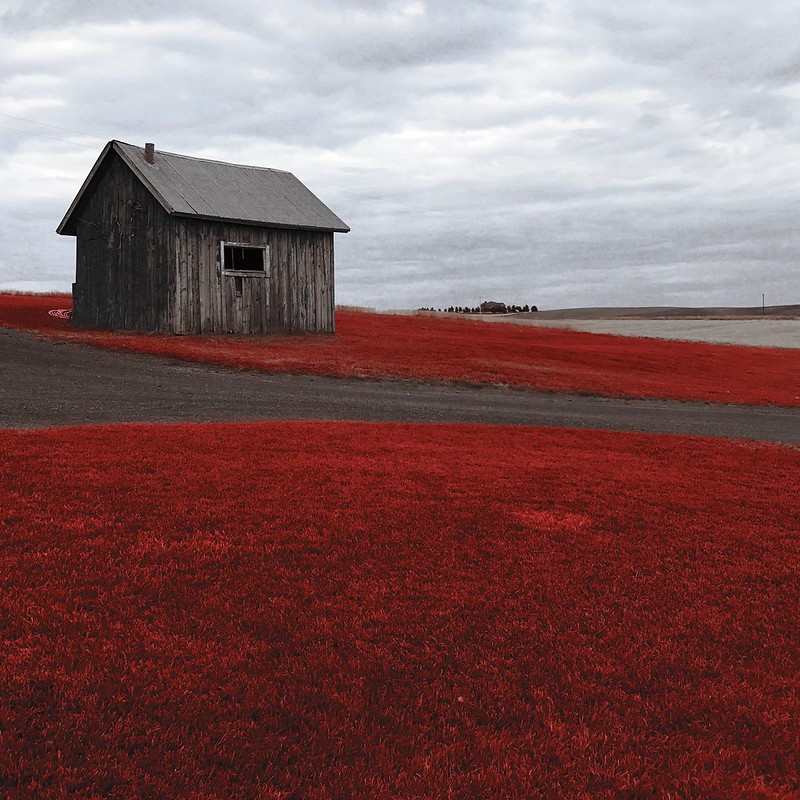 Apps used and backstory: The image was taken with Hipstamatic (Kuhn Lo lens, Vientiane film) – no further editing than that. I was at a farm to table dinner event near a friends farm in Eastern Washington – I love barns, and was drawn to this one sitting off on it’s own. It was a perfect mix of rustic and simplicity. The hipsta combo provided extra contrast and drama, creating a wonderful effect the was both familiar and surreal. 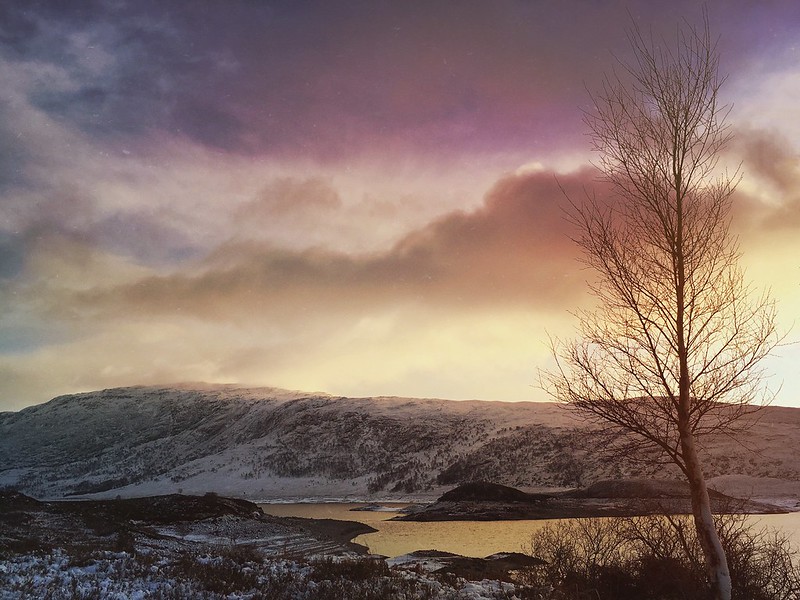 Nice Light in the Highlands by Jason Farrar

Apps used and backstory: My family and I were traveling in Scotland this past Christmas holiday. It is an amazing country. We were driving in the Scottish Highlands and pulled over to look at this view; unfortunately, I don’t remember exactly where we were. I took this shot with my iPhone 6s. That night, I used the TouchRetouch app to remove a couple stray branches from the tree. Then, I used Mextures to enhance color and add texture to the image. 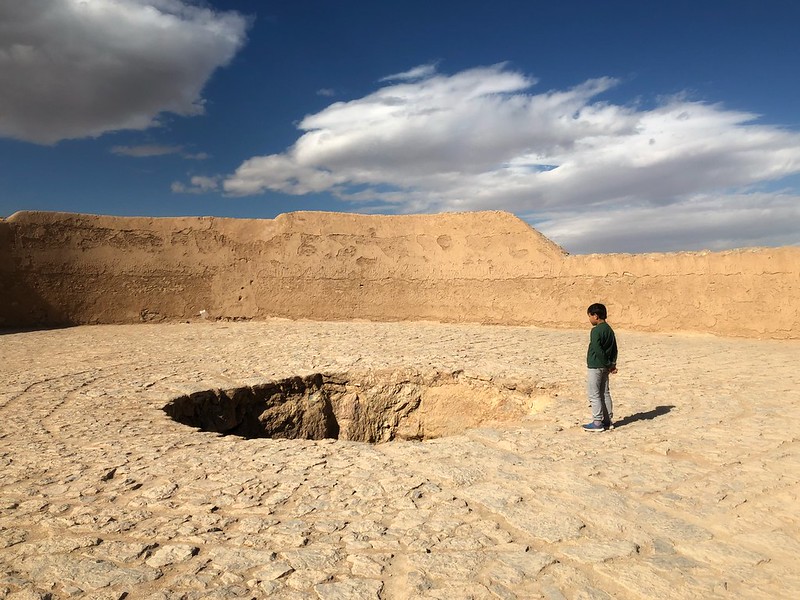 App used: I shot it with my iPhone 8 Plus and processed in Snapseed App.
Backstory: Dakhma also called the Tower of Silence is a circular structure built by Zoroastrians for dead bodies to be exposed to carrion birds. It is a very evocative place! My son was attracted by the central hole! 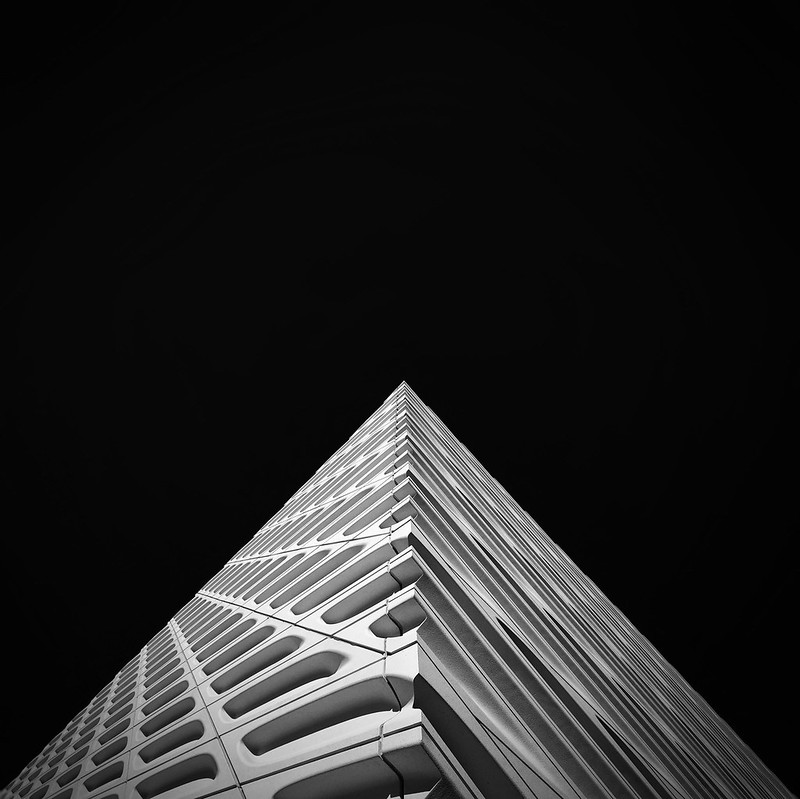 Looking Up at The Broad’s Edge by Joseph Cyr

Apps used and backstory: Looking up, from the SW corner of The Broad Museum in downtown Los Angeles. Taken with iPhone6s, native camera, edited with the “Handy Photo” app to extend the sky a bit, and then snapsed for balancing the exposure and darkening the sky.
Even though this recent addition to downtown Los Angeles has become one of its most photographed buildings, I hadn’t seen a photo taken from this angle. Standing at the base of the museum, looking up at the honeycomb façade, the texture and pattern seem to jump into warp speed as they turn the corner; eye-bending. 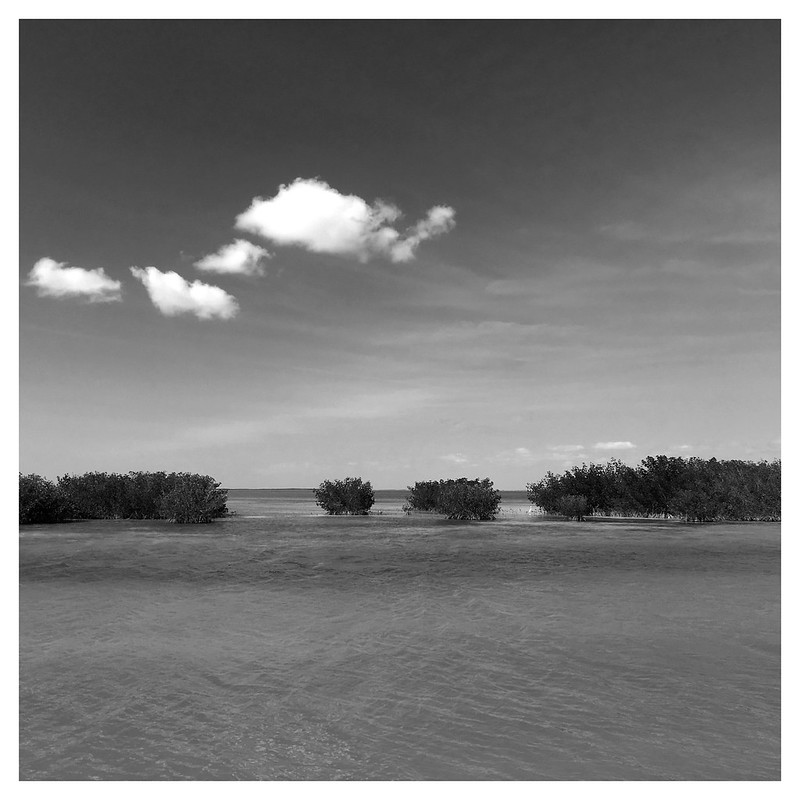 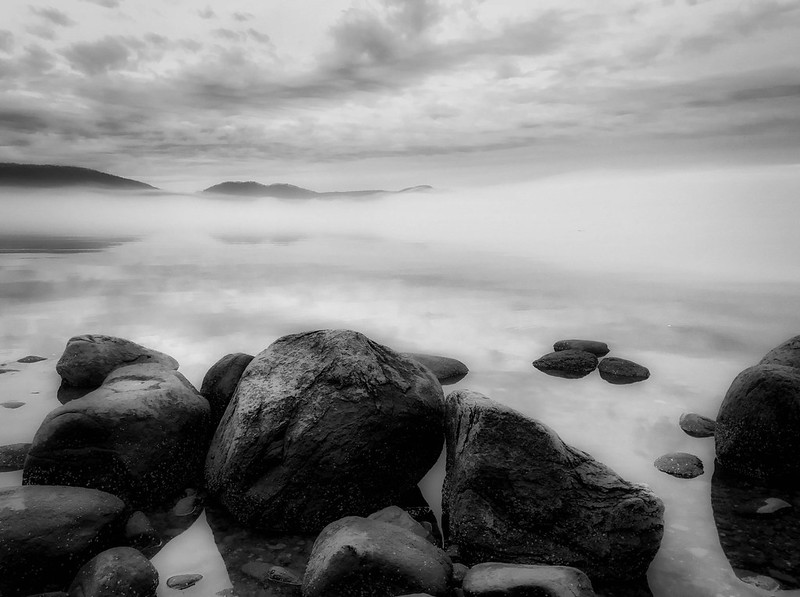 Fog on the Hudson River by Lawrence Lazare

Apps used: I shot the image on a iPhone 7plus and processed the photo in Lightroom mobile, converting the original color image to black and white, and added a slight glow to make the photo pop.
Backstory: I live along the Hudson River north of NYC in the town of Croton-on-Hudson, and the river seemingly changes by the day. Last weekend the temperatures warmed up enough for the ice to melt in the area, resulting in a layer of fog sitting over the Hudson. I waited until low tide and went wandering among the rocks on the riverbank, and photographed the fog and the rocks obscuring the peninsula called Croton Point.

a touch of green by dieuwke geervliet

Apps used: Snapseed, Repix, DistressedFX, ImageBlender, iColorama and Stackables
Backstory: I shot this image during a morning walk with the dogs. It was a foggy day . I spotted the patch of green from quite far away surrounded by the gray mist and dark branches. Walking closer I composed the shot to include the watery sun above. In processing I accentuated the geeen and lightly layered some texture to convey the cold.