Welcome to this week’s Apps Uncovered, our weekly feature, showcasing iPhone art and photography from around the world. Kate Hailey’s striking and liberating image of her dancer friend in the Pacific Ocean steals the top position this week. The decision to convert the image to monotone really helps us focus on the the form and textures of this beautiful image. Recently, I had the pleasure of meeting Kate on her grand tour around Europe. Kate stayed at our house for a couple of days and took some amazing images, particularly of our son, Lewis doing some super acrobatics on the beach – and Kate’s photography is going from strength to strength..check out another one of her images further down the page “Glorious mountain on the Highlands”. Thank you all for sharing your wonderful images on our iPC Flickr group and wish you all a great iPhone shooting week! 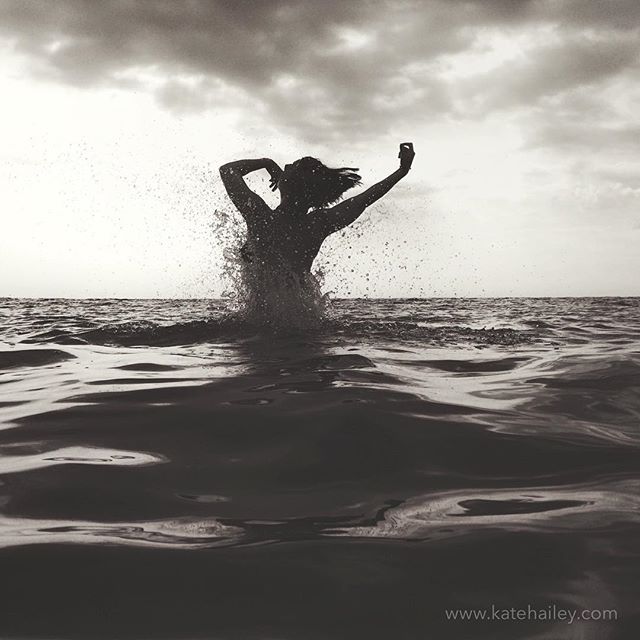 Dancing in the Pacific Ocean by Kate Hailey.

Apps used: Captured with the iPhone5s and edited with Snapseed.
Backstory: Captured on a recent trip to the Big Island, Hawaii. My friend Jenny, who’s a dancer and a photographer, wanted to dance in the Pacific Ocean while we were hanging out there.

Prior to the journey I’d acquired a water resistant case and wanted to shoot while also being in the ocean. This is one of the results of the trip and our time there. There’s a short burst of images, about 5, and this was one of the winner’s to me. You can see the pure joy of being in such a beautiful place. 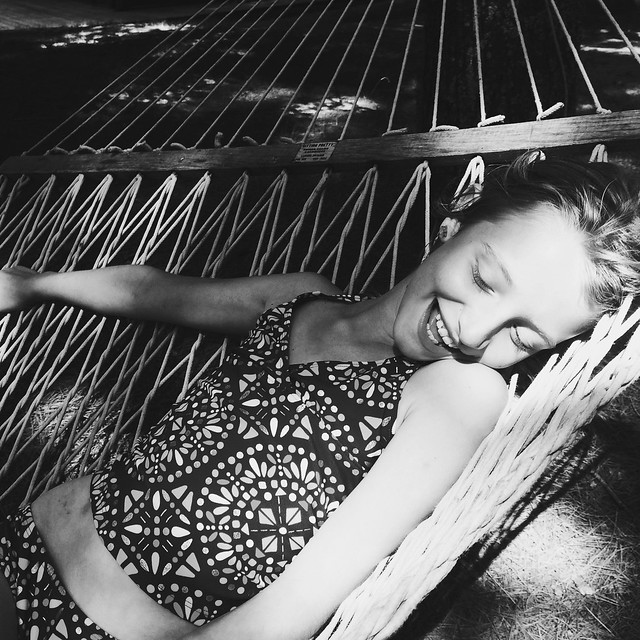 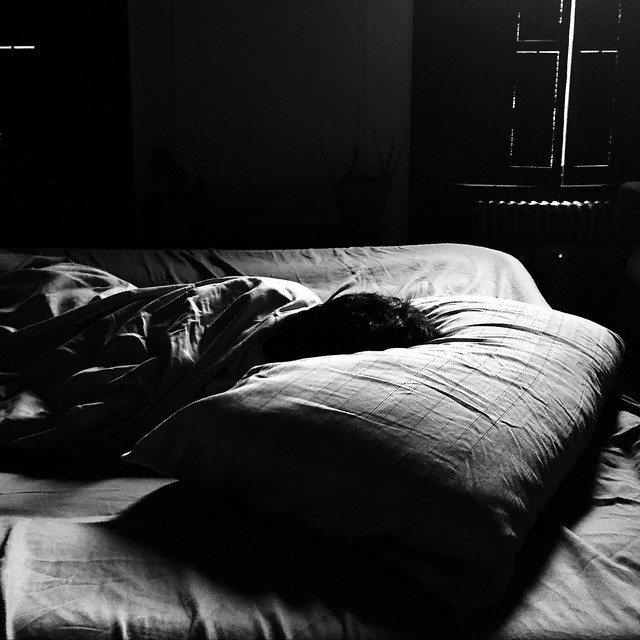 Early to Rise by Sunraa

Apps used: Apple Camera for the shot with all processing done in Camera+ Background:
Backstory: This is the living room of my sister’s apartment in Brooklyn where my family was camping out for a weekend. The building is an old brownstone and the front windows had very unusual shutters. Each window had an upper shutter and a lower shutter. While we were sleeping I had closed all of them. I happened to wake up right around dawn and needed just a little light to get around so I opened one of the upper shutters. As I sat back down I realized the lighting was fabulous and got several shots with different combinations of open and closed shutters. However, the first one I took was the best. Of course it dawned on me afterwards – the fact that I was the ‘human’ shutter opening and closing to control the amount of light.

everything and nothing at all by Kristie

Apps used: Snapseed
Backstory: These days, I often draw inspiration, from my surroundings. It was a beautiful late Sunday afternoon, and light was hitting just right, on the balcony of my home. I decided to take some self portraits, as I hadn’t shot anything new in a while and was feeling creatively blocked. I took many test shots until I got just the right amount of natural light bouncing off my shoulder and side profile of my face. For this edit, I simply used Snapseed. Within the app I used center focus so that my face and shoulder would be where the eye draws to first. I also used a slight vignette and adjusted the brightness and ambiance of the image. I really wanted the focus to be where the light was hitting on me, but still keep the background with the trees visible enough. 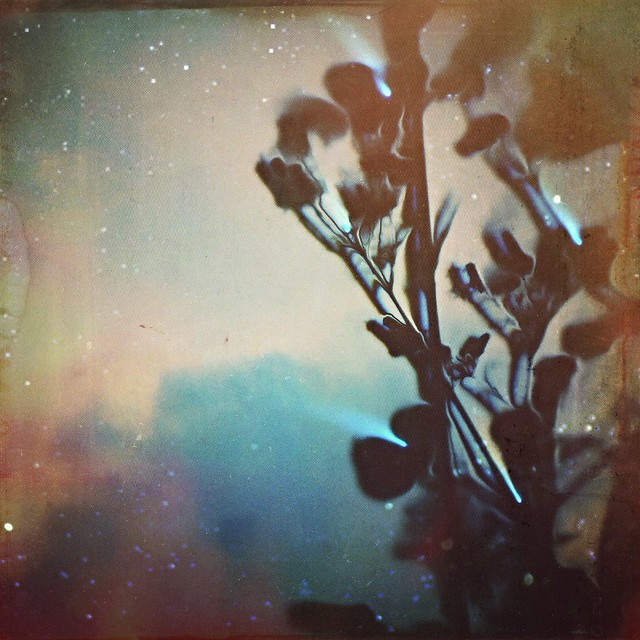 Apps Used: Tadaa, LensLight, Mextures and Afterlight
Backstory: This was something I worked when I was stuck creatively. I actually cropped a shot I had of basically a weed for a long while in Tadaa. I wanted to try something different so I went into LensLight and created the little pulses of light to give it an almost spacey effect. I liked it but toned it down using textures in Afterlight and Mextures. I named it as such after the tiny beams of light giving off energy. 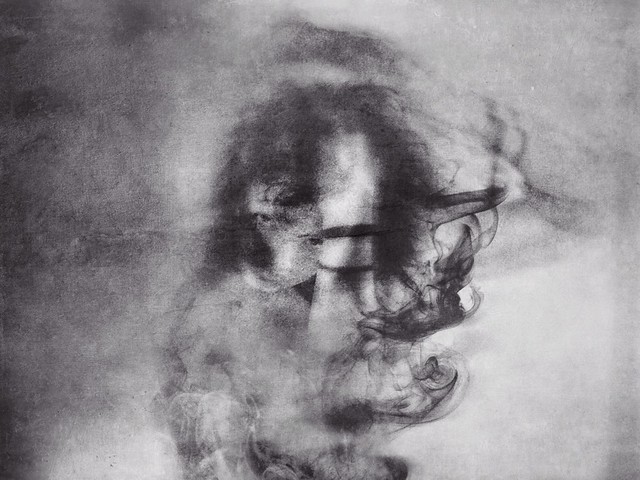 Image by Kristie; Black Dog Visitations, “Long is the way and hard, that out of Hell leads up to light.” ― John Milton, Paradise Lost

Apps Used: Snapseed, Mextures and Cameramatic
Backstory: Black Dog Visitations, “Long is the way and hard, that out of Hell leads up to light.” ― John Milton, Paradise Lost The back story: about a decade ago I was diagnosed with severe and prolonged Post Traumatic Stress Disorder. A much overused condition these days I know. I’ve spent many years learning management techniques but sometimes there are things in everyday life that are triggers … And after a while it gets to me. This week the associative symptoms of depression and anxiety have been very acute. The “Black Dog Vistations” series is my way of trying to purge out the depression, to release the emotions of anxiety and most of all to leave myself as empty as possible instead of going down the route of self destruction. This photo is part of a double exhibition photo serie that I realized, for this one I used union app, Snapseed, mexture and cameramatic. The face is that of my daughter with double exposure with a photo of a tree. This gives this strange and beautiful side I find.

Apps used: Processed with Cameramatic app
Backstory: This photo is part of a double exhibition [exposure] photo series that I realized, for this one I used union app, Snapseed, Mextures and Cameramatic. The face is that of my daughter with double exposure with a photo of a tree. This gives this strange and beautiful side I find. 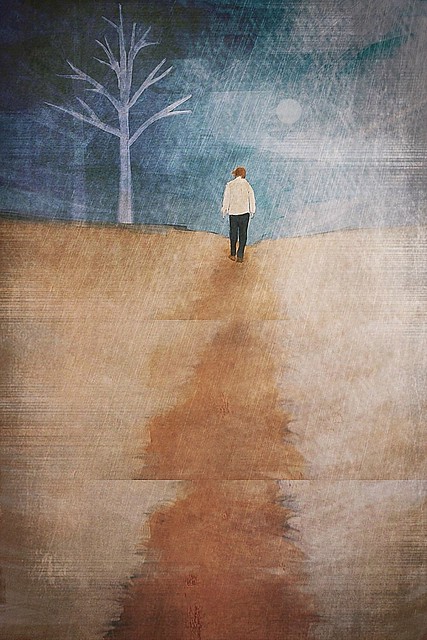 along my path 2 by jun yamaguchi (Monowave)

Glorious mountain in the Highlands, on the road towards Glencoe, Scotland by Kate Hailey

App’s Used: Captured on the iPhone6+ native camera and edited with VSCO.
Backstory: In April I visited Scotland for the second time in my life. My journey began in Glasgow, where I hired a car so that I could road trip through the highlands and really explore the region. Driving along the A82, towards Glencoe, near Altnafeadh, I saw these mountains. The road ahead had a turn off, so I decided to take it. This gave me the opportunity to pause, take in their beauty and also create some images. One of the joys of a road trip, is that freedom to stop wherever the image draws you in. This stop was one of many on 3 month trek through numerous cities, which resulted in thousands of images, that I will probably be editing for the rest of the year… haha 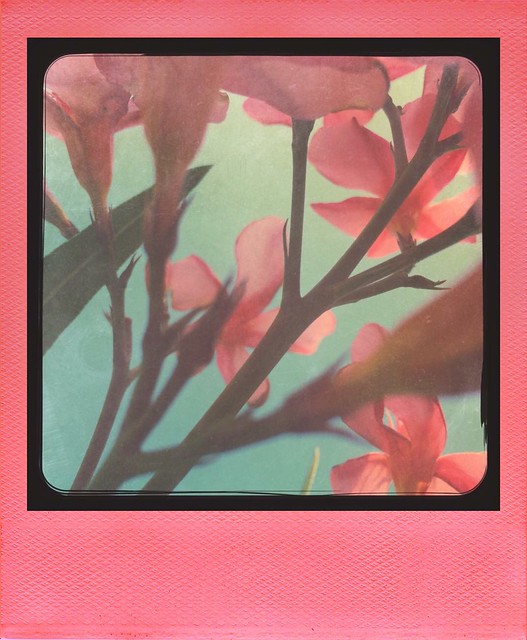 Apps used: I used two Apps: Hipstamatic and Polamatic. Device iPhone 6.
Backstory: I took this picture while I’m walking with my dog ​​in a beautiful park! I love flowers .. I used a new combo, never seen to use by anyone and like it very much for this effect so pleasant on the colors. I added a frame Polamatic because the pink shade was perfect! The colors are alive and produce a good energy. https://flic.kr/p/wwajkk iPhone 6 + iColorama + Snapseed 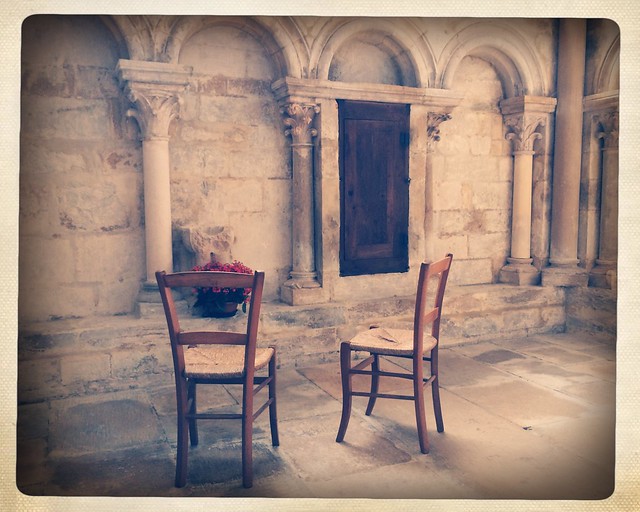 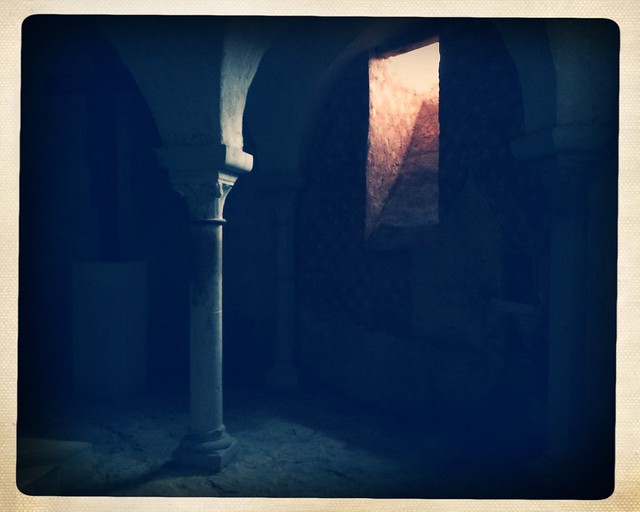 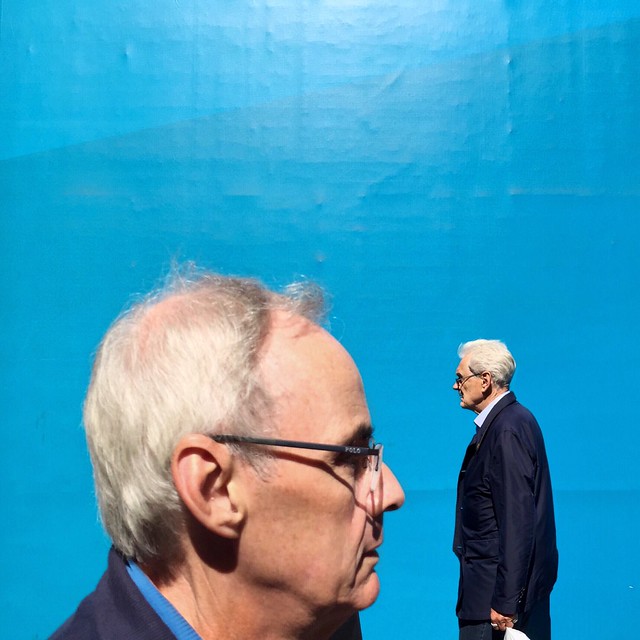