This week’s Apps Uncovered presents a selection of what I found to be the most intresting images for the week in our Flickr group, across a wide range of styles and subjects – but with one common theme – Alone, or Lone = (A)Lone.

This week’s lead artwork, “Select all images that match this one” by columnsovsleep, evokes a surreal moment with hiker in the moutains gazing down on a jetliner in the valley below. 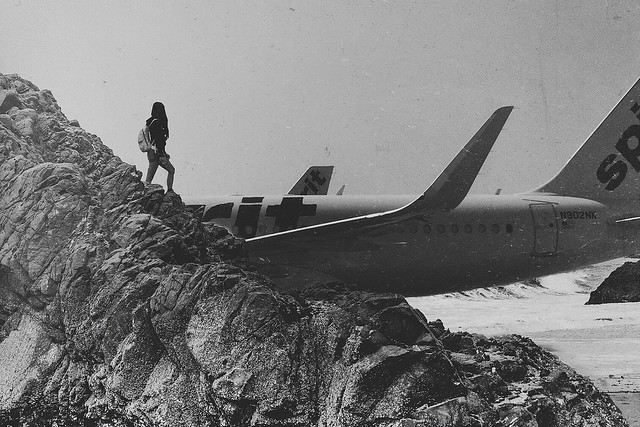 Select all images that match this one by columnsovsleep

Apps used and Backstory: I was in a plane at the ATL airport awaiting takeoff, so I figured I’d snap some shots outside my cabin window that I could possibly use for a later date. The plane was my original photo, I used Pixite’s Union for merging the mountain and figure (both from Pixite Source), Mextures for the bnw effect and textures. Original Mextures formula code EFFVPWY. 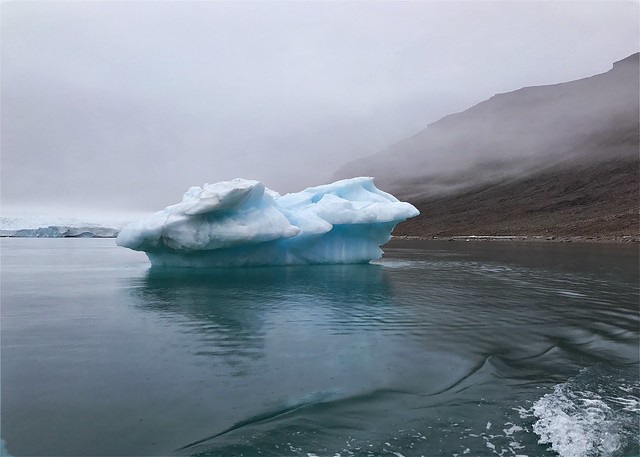 Apps used and backstory: I used the Hipstamatic App for this photo. I used the Lowy lens, Rasputin film and Cadet Blue Gel flash. This was taken on a trip that I just took to the Canadian Arctic and the West coast of Greenland aboard the National Geographic Explorer. As we cruised around on a zodiac looking at the icebergs that had calved off the glacier, I got this shot. It was lightly raining but beginning to clear and the light was perfect to photograph these remarkable bergs. 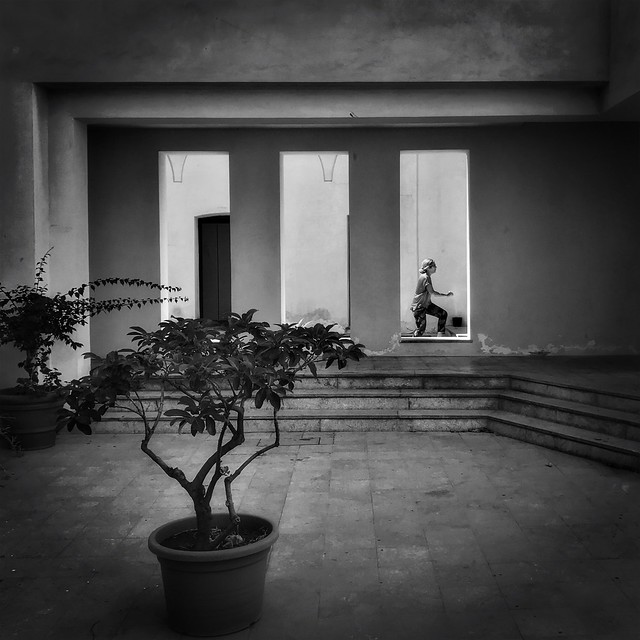 Apps used and backstory: The woman was moving fast and I just had the time to get my phone out and shoot just when she was in the third frame. I had to compose it in a couple of seconds, but knowing the field of view of the camera by heart helped. Nevertheless, I did have to crop a bit. The photo was shot in the same confined space as “Calling.” I shot with the iPhone 7plus default camera and edited first with Snapseed, then with Hipstamatic (Chivas lens and Aristotle film). 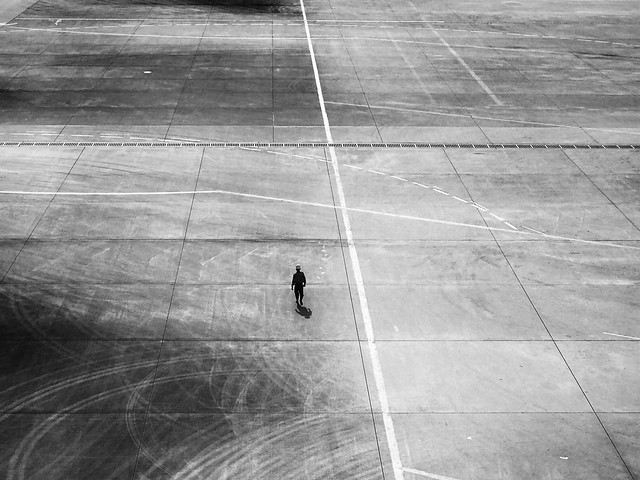 Apps used and backstory: ‘Break the rules’ was shot at Naha airport, Okinawa whilst sipping a cold Asahi beer through the window of one of the airport restaurants. I loved how the wide open space made the airport ground staff look so small and also the various runway lines. I took a few shots but chose the one without anything but the lone groundsman in view. I then increased the contrast slightly in Snapseed and gave it a title from a Mark Twain quote. 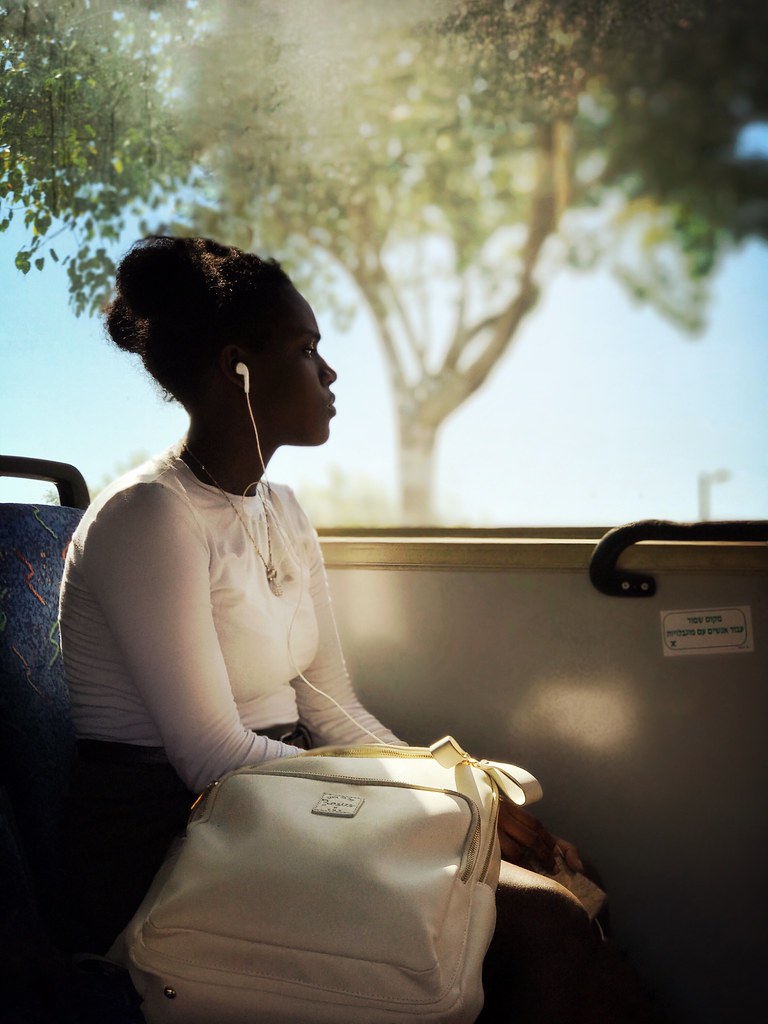 Apps used and backstory: This is one of the photographs from the bus series #mydbusmoments Photographed with iPhone 7 Plus. Edited with Snapseed & Hipstamatic – janelens

Many people we meet in out lives . . . by Myrna

Apps used and backstory: I used formulas and snapseed. I live near by the Hasidic neighborhood in Brooklyn and on my way home I shoot from my car.(my favorite all time subjects) 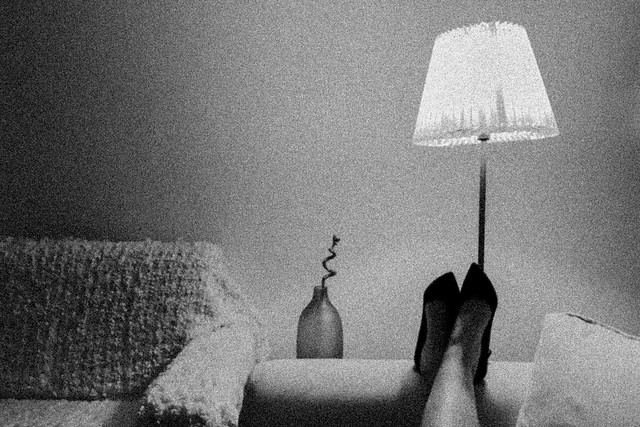 Apps used: The photo was taken with iPhone 7and post-produced with VscoCam for iPhone

Apps used and backstory: Shot with the Hydra app on iPhone7+ , edited in Snapseed in Wimbledon, UK. 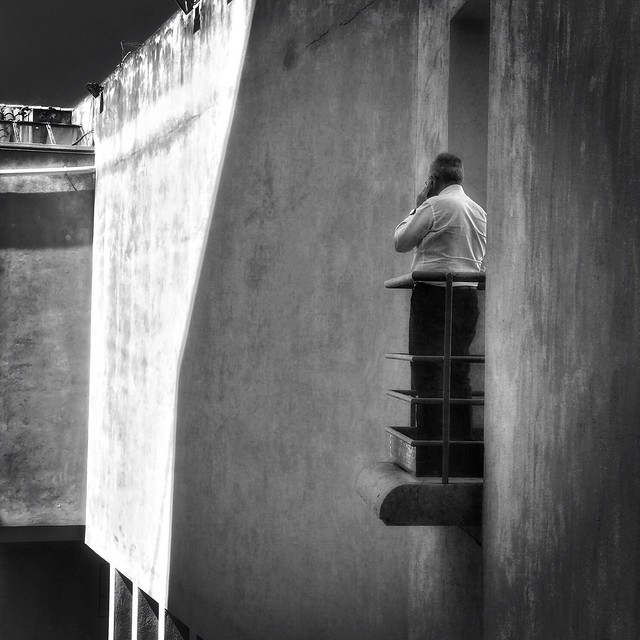 Apps used: I shot with the iPhone 7plus default camera and edited first with Snapseed, then with Hipstamatic (Khun Lo lens and Aristotle film).
Backstory: It is not everyday that you can see a man standing in what looks like a flower pot hanging out of a window and of course with a camera in your pocket it is impossible to resist it. The photo was shot in the same confined space as “Stepping.”