This week, nostalgia and family and traveling was on my mind as Thanksgiving in the States is next Thursday. The start of the holiday madness. These photos reminded me of family and friends, travel and memories. And please… remember that if you don’t have your photo sharing turned on in your Flickr settings, your images cannot be featured. 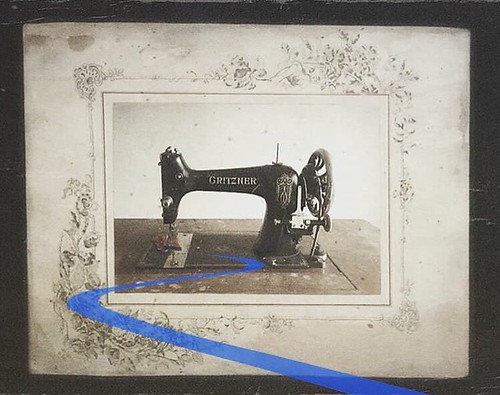 Apps used: Union for combining the sewing machine photo with the photo of the Jugendstil frame; Formulas for creating the ambience; Lorystripes for including the blue ribbon.

Back Story: The sewing machine belonged to my great-aunt. This is a tribute to her and her siblings. As children we accompanied our father, who brought her, who was already old, the food for the whole week. I’d love to go back in time and sit with them in their old kitchen again. I also admire the beauty of the Gritzner sewing machine. The fresh blue ribbon connects the present to the past. 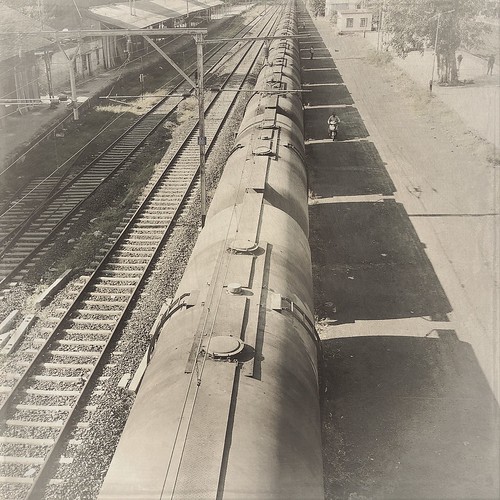 Apps Used: I shot with the iPhone 7plus default camera and edited in Snapseed, then in Formulas (whitewashed preset, modified).
Backstory: I was on an elevated path reaching the platform of Kkadki station in Pune, India, dragging along a big suitcase and wearing a heavy backpack, when I looked down and saw this train. I had to stop and try a photo sticking the phone over the fence. Luckily the man with the scooter was just passing by. I knew right away that this would end up a faded b/w picture after editing.

Apps used: The app I used was Stackables.
Backstory: Can’t say there was much of a back story… the apples, bark, and acorns just seemed to play well together! 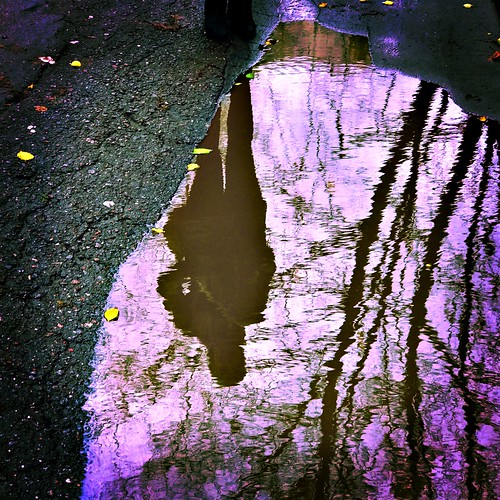 Apps Used: The photo was shot and edited with Hipstamatic iOS app. (Lens: Ruddy, Film: Aristotle, Flash: Jilly Rainbo 2X)
Backstory: It was a regular walk on a day after rain, so I looked for the reflections in the puddles to make a good shot, and accidentally it appears to be one. I may say that editing shots like this is always fun and pleasure. 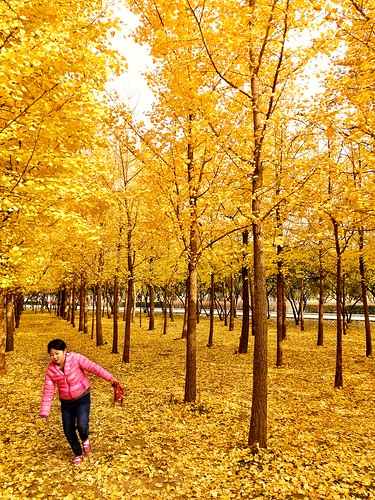 Apps used: Shot on iPhone 8 Plus with ProCamera app, post-processed with Snapseed app.
Backstory: Late autumn dyed the leaves of the trees golden on this patch of a local park. A yellow carpet of fallen leaves was layered on the ground for the autumn child in neon-pink to dance on, who innocently rejoiced in the face of perpetual change. With all parameters manually set in the ProCamera app, I held my phone up, almost as high as the tree branches, to frame the co-existence of vitality and impermanence, a reminder for me to be at ease with the arising and ceasing of all conditioned phenomena. Minor adjustments were carried out in Snapseed.

Apps used: One app was used for editing this shot – Adobe Lightroom.
Backstory: I was on my way back to where I was staying in Leeds on a rainy night. The lights from the cafe being reflected by the wet cobblestones inspired me to take a few shots. I decided to post this one to Flickr, simply because it had a group of people in it. 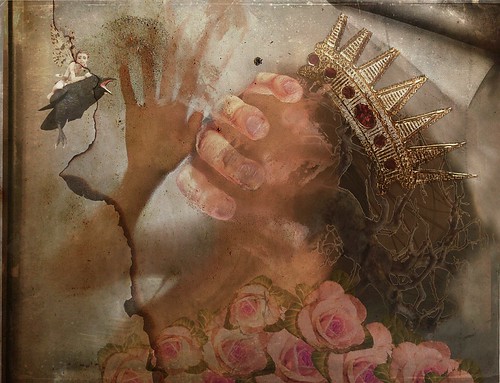 Apps used: Included Enlight, Justaposer, Procreate, and Artrage.
Backstory: This image is a mash up of elements that I’ve shot and created over the past few years incorporated into a recent self portrait. It is representative of the threats our current political climate is imposing on our planet. 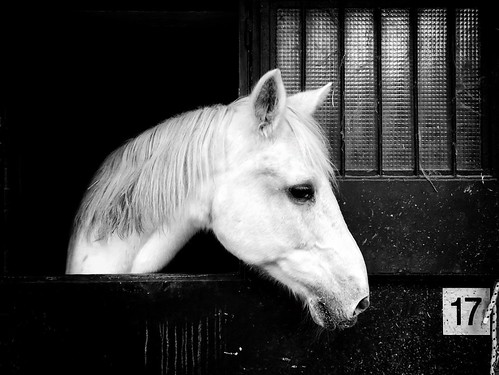 Apps used: I shot it with my iPhone 6 Plus and processed in Snapseed and Black apps.
Backstory: I was walking in the stables and I saw Topolino. I was attracted by the colour contrasts and the way he was moving his head! 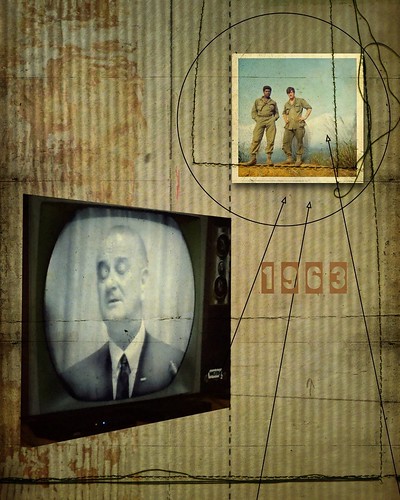 Apps used: Done on an iPad. Apps used were Procreate, Juxtaposer, Graphic, and Snapseed.
Backstory: The snapshot is a picture of my brother-in-law in Viet Nam. 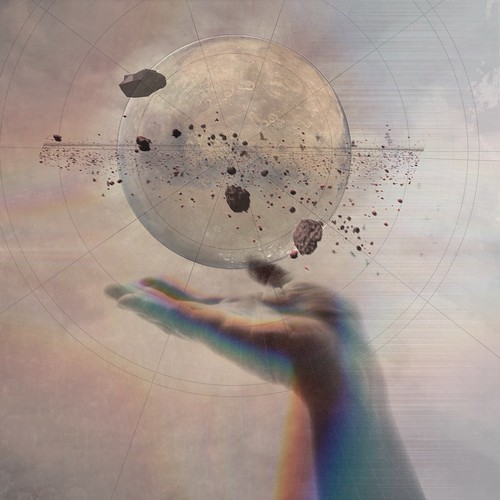 Apps used: I used the app Snapseed.
Backstory: No real backstory… everything just came together as I set this up. 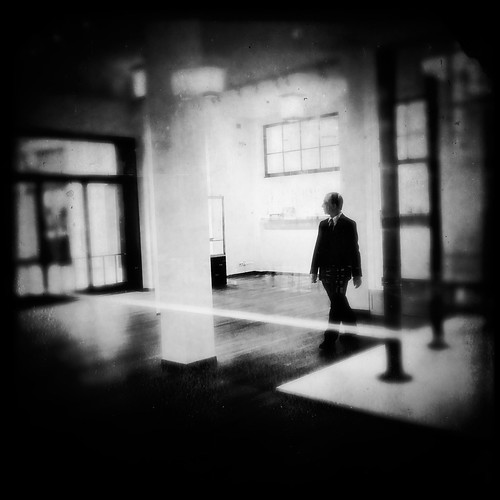 Apps Used: The image is as shot, i didn’t crop or do anything to it. The app I used to take the photo is called Lomora2, unfortunately no longer available in the app store (and it doesn’t run on iOs11). Lomora2 is a deeply saturated colour app. The image worked better for me in black and white, so I used Hipstamatic, the JohnS + BlacKeys XF combination for the wanted result.
Backstory: I shot this in the GEM, the Municipal Museum of the Hague; I happen to live around the corner. You can find me very often in the museum, everything about it is a huge inspiration to me.. the building itself (designed by Berlage, 1935), the light, the people, their ever changing exhibitions and their annex, the Photo Museum.
And, I love reflections 🙂 Happy to catch the museum guard off guard, so to speak. 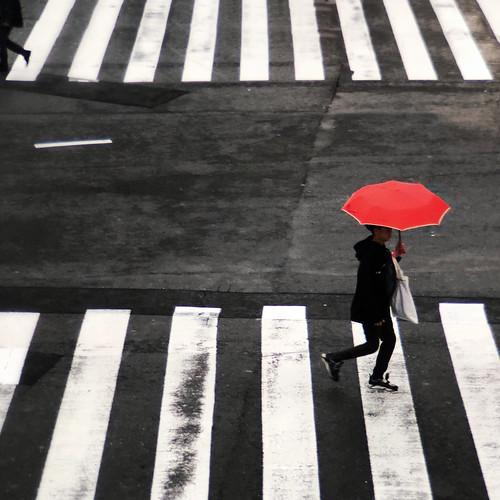 Apps Used: Native camera app (on iPhone 8 Plus), SKRWT, Snapseed
Backstory: I shot this photo at an intersection in Akihabara as part of my early testing of a newly acquired iPhone 8 Plus with a Moment “tele” lens attached. Specifically, “two trains” was shot using the Moment “tele” (2x) lens attached to the 8 Plus’s “tele” (56mm) camera. In essence that gave me a focal length of 112mm, (35mm film camera equivalent), which is pretty long for the iPhone. It is amazing to see how difficult it is to keep things still enough in the hand when using this configuration. 😉