Welcome to this week’s Apps Uncovered, our weekly feature, showcasing iPhone art and photography from around the world. Diana Nicholette Jeon steals the lead spot this week with her glorious semi-abstract Self-Portrait; wonderful shapes shifting here and the definite form of the yellow roses are a perfect contrast with the rough and darker smudges and marks. A wonderful and slightly uncomfortable mood created here – Thanks for sharing with us Diane! …and of course the great backstory too!

App used: The roses were shot with the native camera of the iPhone 6 Plus. The self portrait image was shot of me in motion using the front facing video camera of the 6 Plus, then I spit out specific frames, including the one seen here, using Instantly. After that, I used only Snapseed on that image. They were combined in Diana Photo app and then tweaked again in Snapseed.

Backstory: Sometimes I have trouble getting to sleep, even if I am tired. My husband leaves for work at 4:15 in the morning, so watching TV is out. I was too tired to leave the bed and actually do something useful. When I am tired and canʻt sleep, I find I can;t really concentrate, either. That is a recipe in my brain to whip out my phone and let Diana (the app) show me her stuff. Many times I get an inspiration for something I am going to combine in other apps, so I take a screen shot and keep going. But every once in a while, serendipitous things happen. This was one of those. I had just been to a wedding that day and had taken pictures of the flowers there. I had the self portraits I had taken a few days earlier in the camera roll. Boom. Diana mixed images that I never would have, and one of the filters worked great for it. I brought it in to Snapseed to tune it a bit, and this self portrait was born.

Apps used: The photo was shot with the iPhone6+ camera app and processed in Snapseed (Tune Image, Tonal Contrast, Detail, Vintage).
Backstory: This mural is in London’s Brick Lane area. Every Sunday there’s a market and the mural gets different ‘props’. That particular Sunday it was a rack of clothes and a bin. Quite surreal.

Apps used: This was taken with my iPhone 5 camera and edited in Snapseed.
Backstory: I was relaxing at home and watching the Danish police drama, Unit One. The Danish title is Reiseholdet. (I have a crush on Mads Mikkelsen. 🙂 ) It translates to mobile unit, which is rather what my legs are. I like using odd titles sometimes, just because. In this case, it actually fit.

Apps used: Shot with the Apple iPhone. Flash off

Apps used: Shot with the Apple iPhone. Flash off

Apps used: I used Superimpose app, to merge two images: a chair and the number two. – Enlight app, to convert the image to square format and some minus adjustments such as applying the focus filter and convert the image to b&w through the signature filter.
Backstory: This photo is part of a challenge I wanted to make this year: every month I publish at least 4 images (1 per week) in square format. The monthly theme is chosen by two amazing photographers and friends. This month’s theme is minimalism. Why this challenge? Because near the end of last year, the photos I had been doing until then I didn’t feel me anything. I thought that if I did not produce any feeling to me people who saw my pics either. So either I abandoned the photograph or did something that made me feel again every time I take a picture. That’s how this challenge arises! 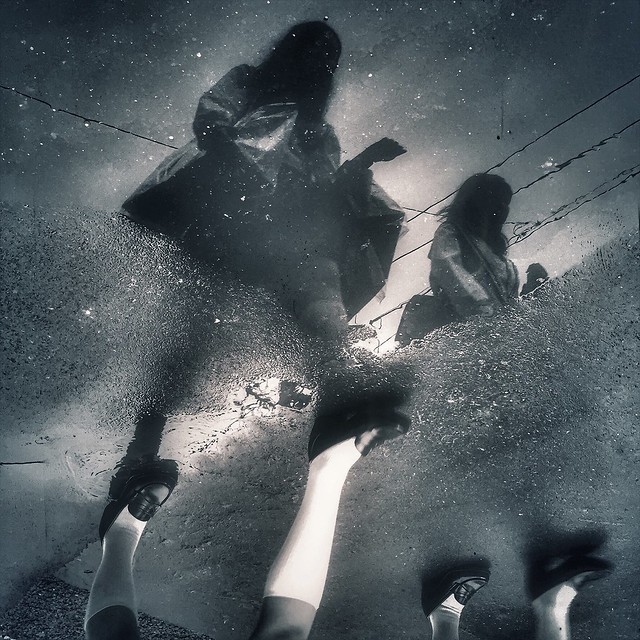 Apps used: Squaready and Snapseed
Backstory: I shot this in Nakameguro, Tokyo during a food shopping trip with my wife. I kinda get bored food shopping so I always make an excuse to go to the bank so I can take a few shots.. It’d been raining a lot that day so there were lots of puddles about. I was taking shots of the reflections and was lucky to get a couple of good shots. I then cropped it in Squaready and edited it in Snapseed. Please feel free to edit the background story. Also, my Instagram name is: Laurence__bouchard. 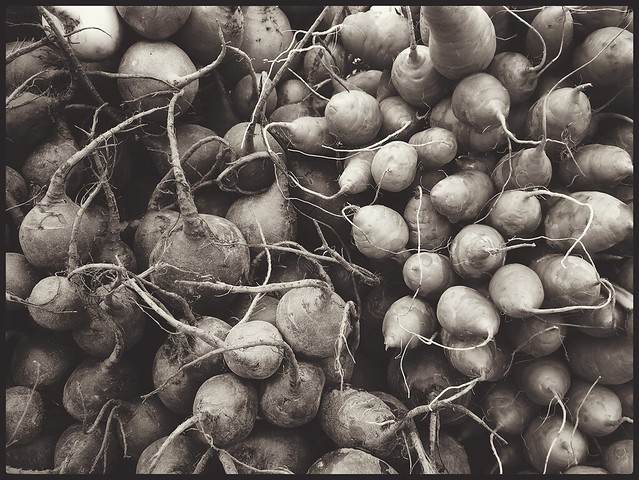 Apps used: Captured with iPhone edited on iPad in Snapseed and VSCOCam.
Backstory: We went to the co-op’s farmer’s market in Newark a few weeks ago. Lots of great stuff to eat and photograph. This particular stand had their produce displayed in a very enticing and colorful way. I thought the textures and light translated nicely in black and white as well. Captured with iPhone edited on iPad in Snapseed. The image was then converted to black and white in VSCOcam with some modifications to the presets. 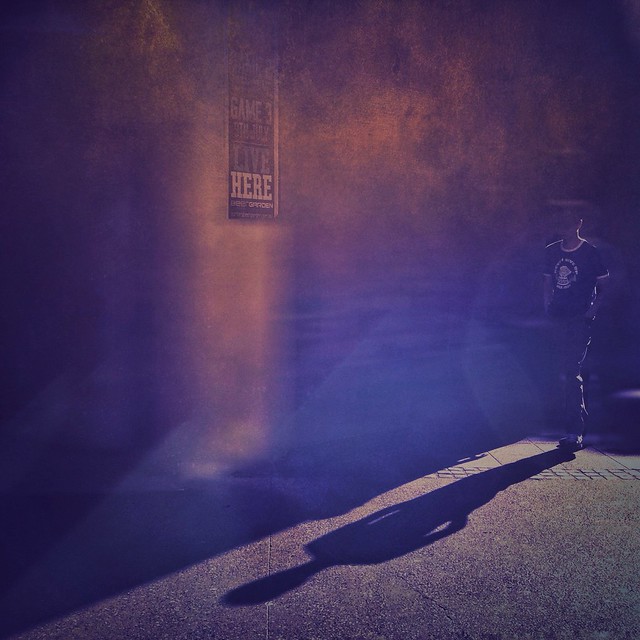 Time is an Ephemeral Ghost Part 4 by Michelle Robinson

Apps used: Procamera, Snapseed, Blurfx, Image Blender, Stackables App and Mextures
Backstory: I enjoy street photography and this series with the title is a reflection of how I feel about time and the moments that past so fleetingly. As someone who enjoys taking photos, it’s my preoccupation to make time stand still or to freeze a moment in time. For all the subjects, they are gone from that space in time in the next instance. We can never get the past back – and yet our entire brains are filled with memories and visuals from the past. 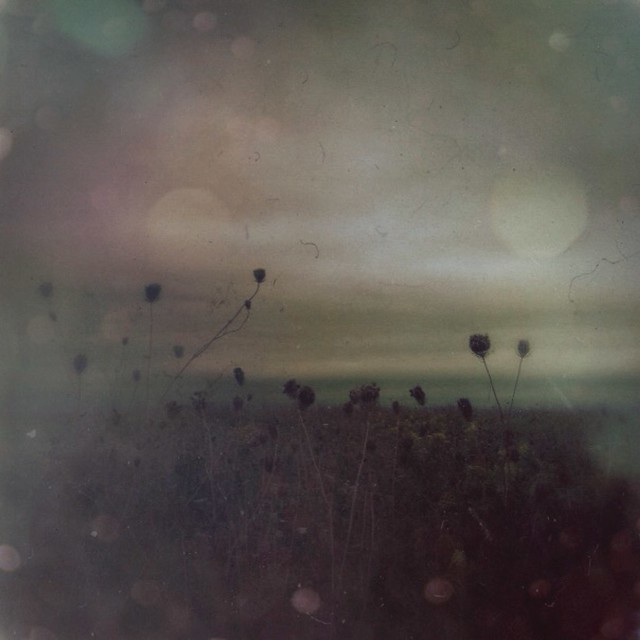 When I Was Yesterday by Susan Blase

Backstory: A photos of an autumn forest very much inspired me to create this image. I think it is a bit strange and surreal.