An assortment of both photography and more painterly and collage works feature in this week’s Apps Uncovered with Jiri Dvorak stealing the top spot with his shot taken from an elevated spot at the Tate Modern gallery in London. It’s a wonderful abstract piece that emits a certain rhythm from the figures hurrying through the frame which echo the curve of repeated shapes also occupying the space; the figures and blocks in a kind of harmony. I often find that abstract pieces are suggestive of musical rhythms and Jim’s piece is a great example of this.

Apps used: Apple Camera app on iPhone7+, edited by Hipstamatic 331 app.
Back story: The picture was taken from the viewing platform on the the top of the Switch House (Tate Modern, London, UK) on a rainy day. 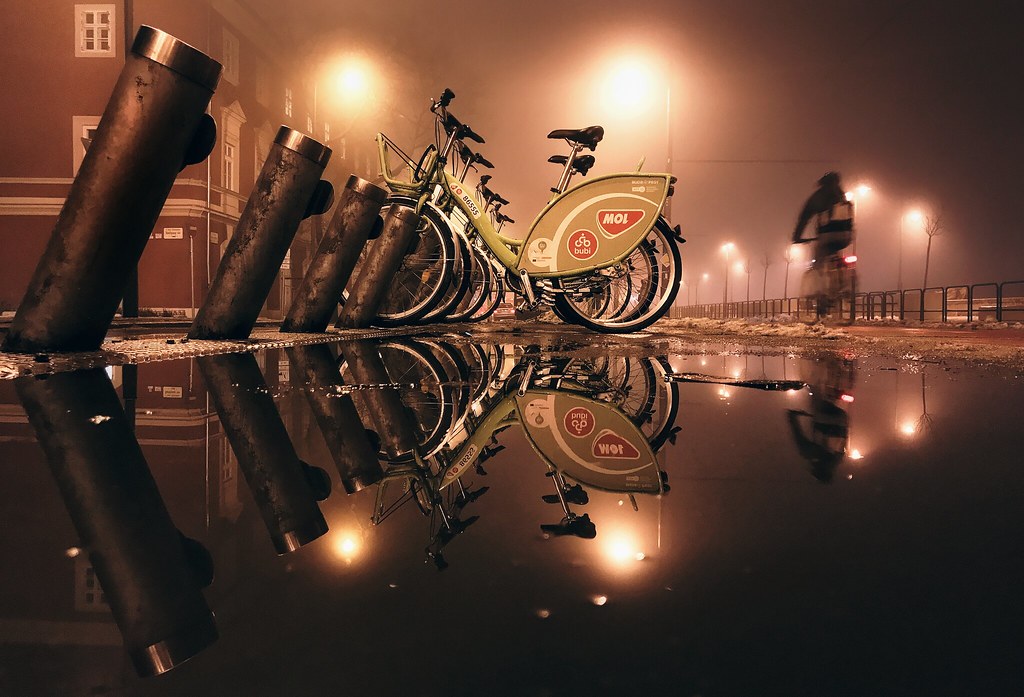 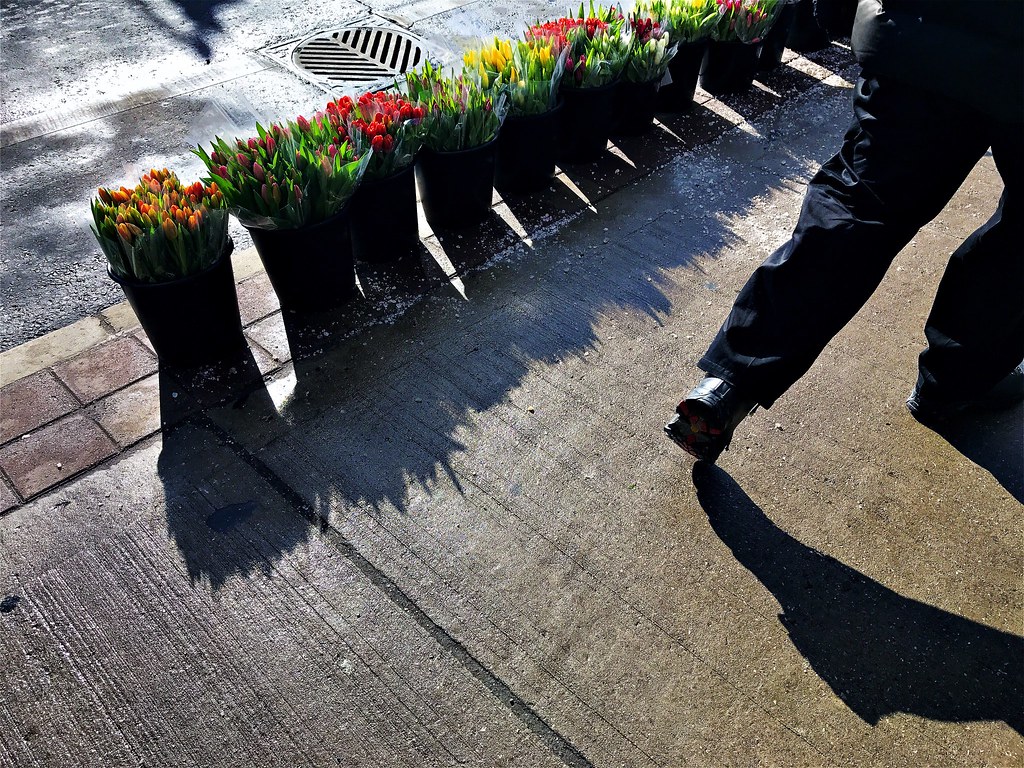 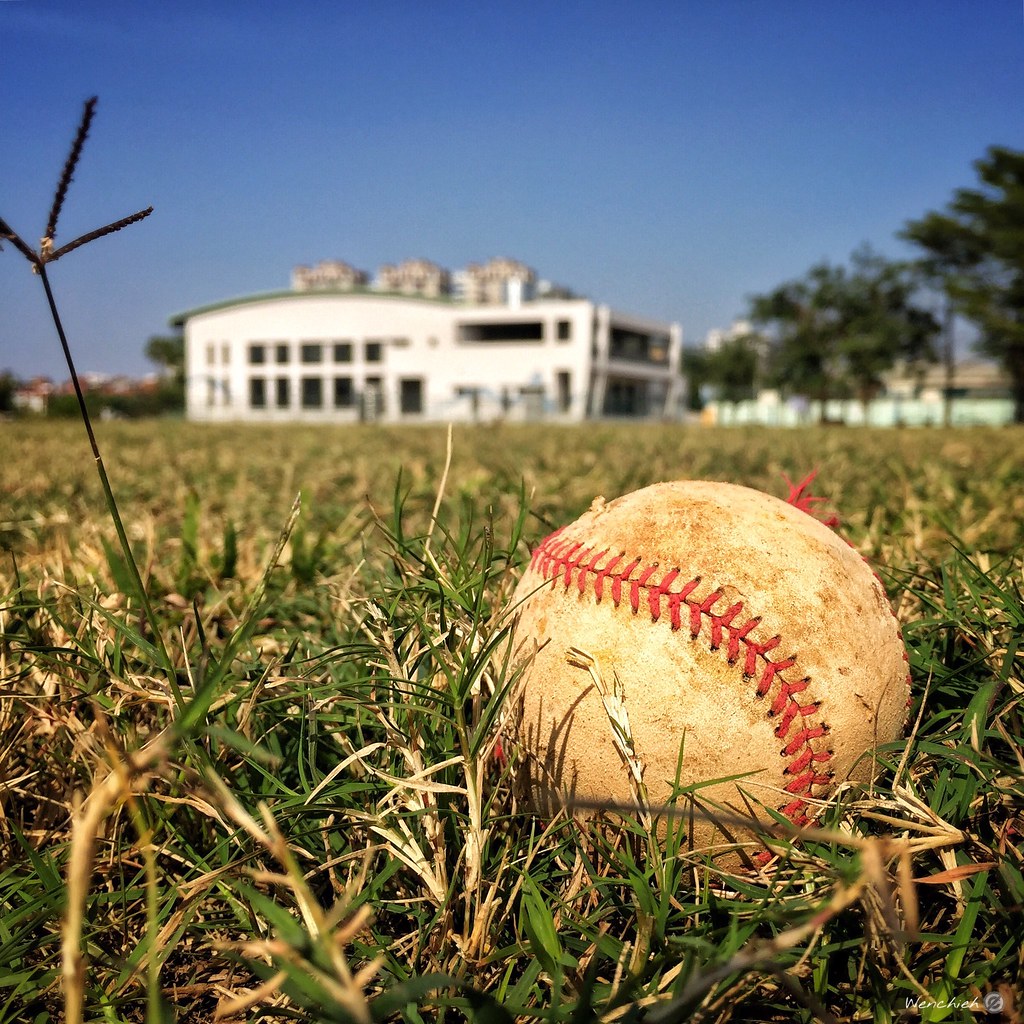 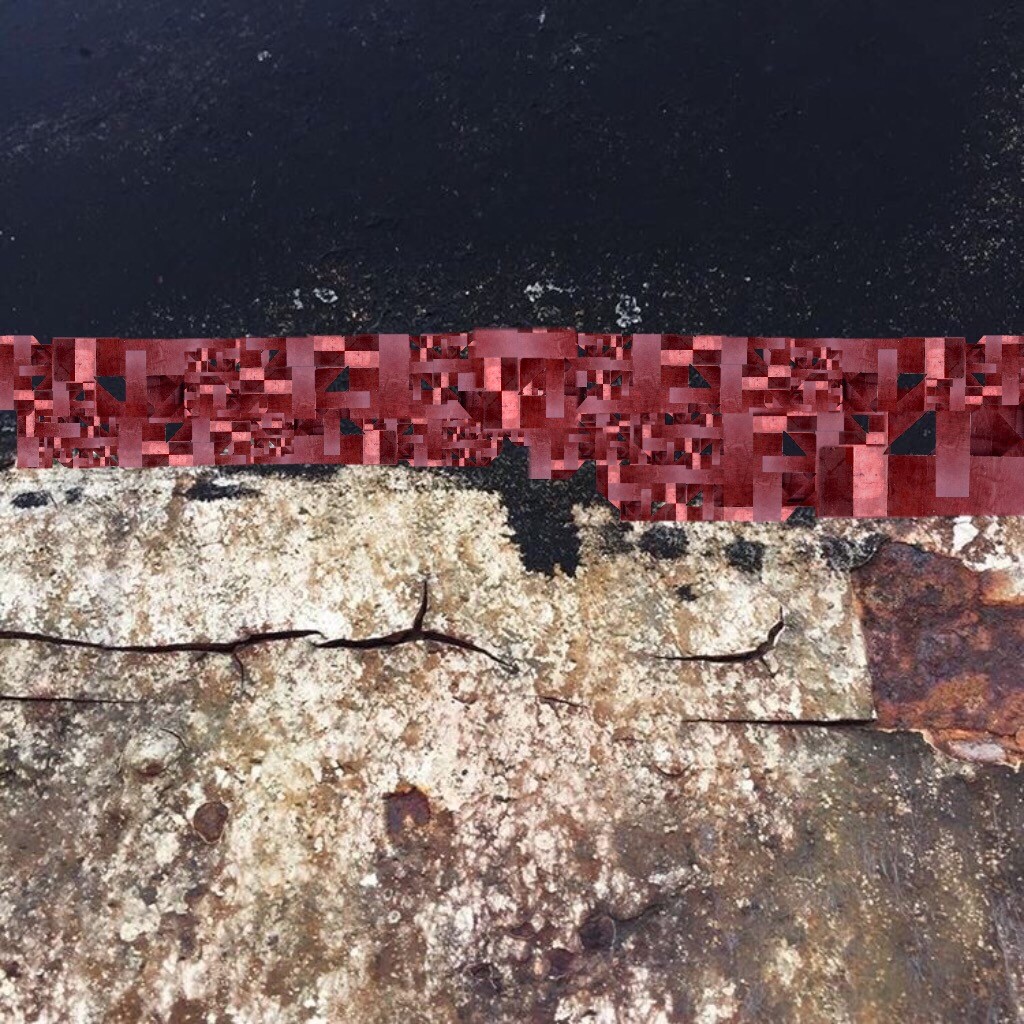 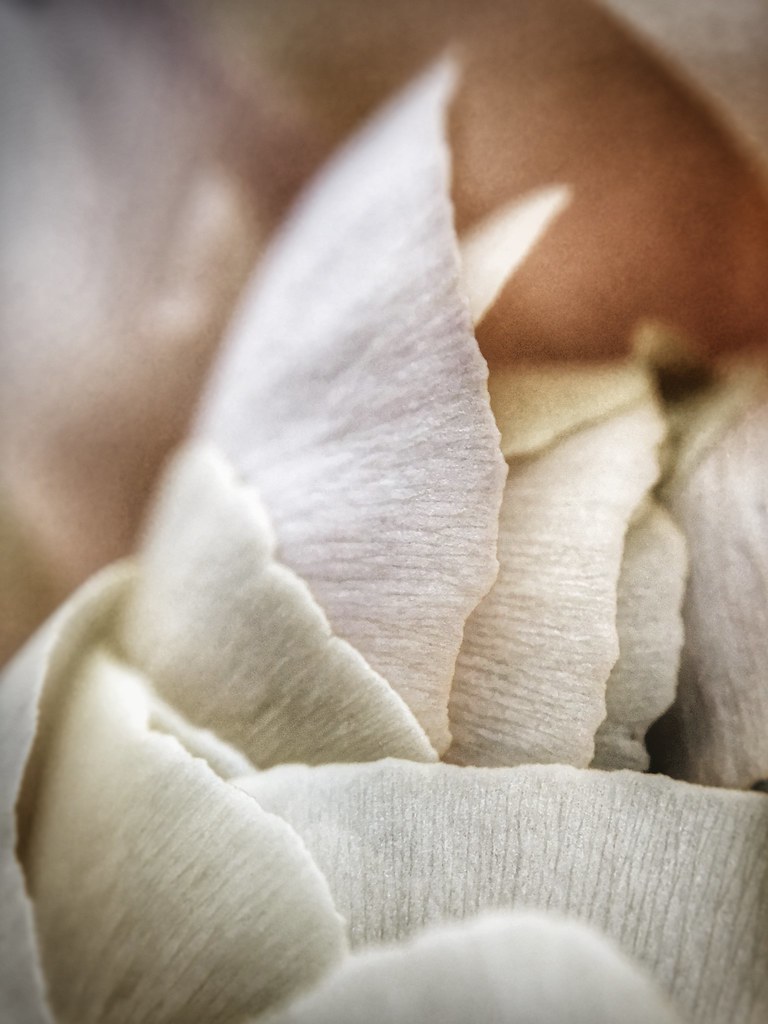 Apps used: VSCO, Snapseed
Background: Every week I get some flowers for my office what I really appreciate – especially in wintertime. I took this photo of a blossom with the Olloclip Macro Lens (10x) and first refined the colors in VSCO. Then I cropped the picture and used center focus and HDR scape in Snapseed to emphasize the fine structures of the petals. I liked how they stand closely together, suggesting to protect each other… 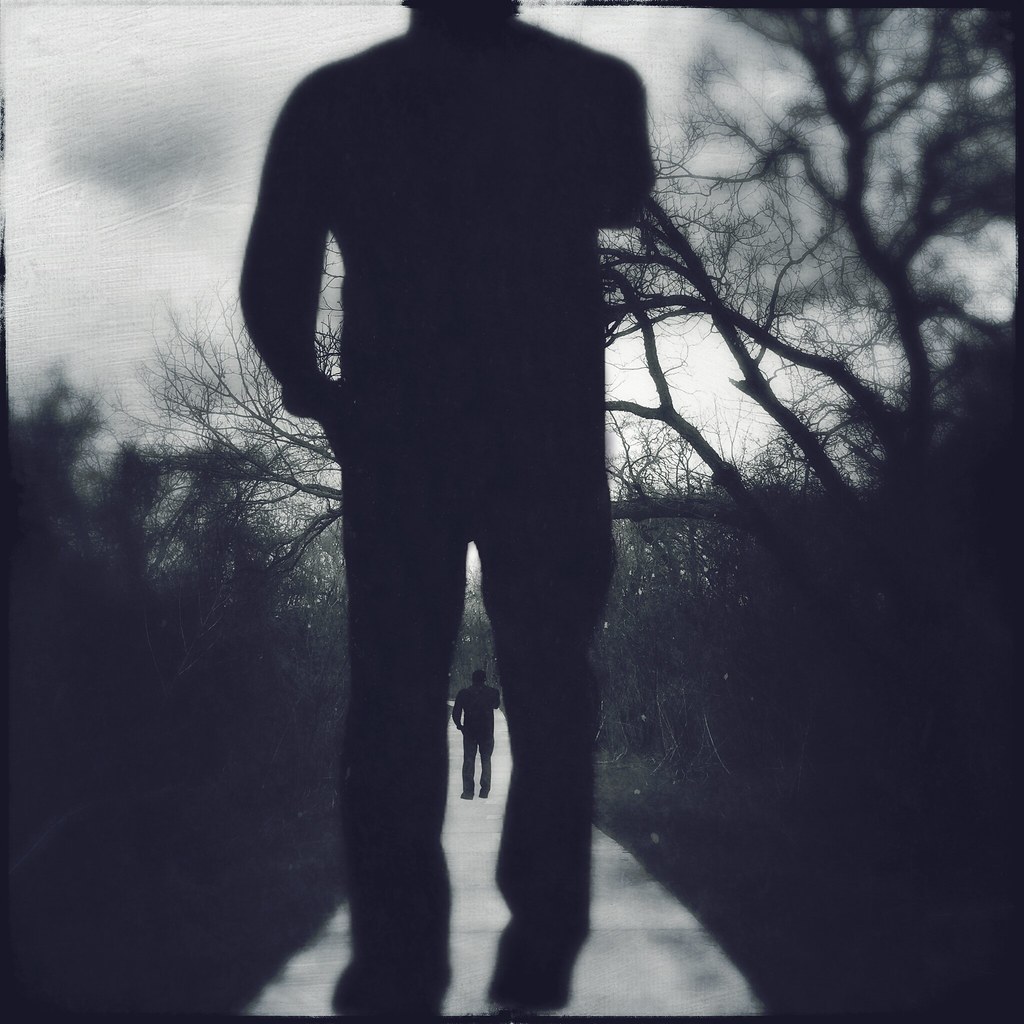 Apps used: iPhone 6 Plus, Camera+, Exacto, Enlight, Formulas, Touch Retouch
Backstory: I was on a hike-and-bike trail with my family when I saw a vista that I liked where the trail was framed nicely by some trees. I took a shot of the trail, which was unoccupied at the time. Later, I decided to add a silhouette from another photo to the image of the trail. I cut the silhouette out of the other photo using Exacto, and then added it to the trail photo using Enlight. I didn’t like the way the silhouette looked by itself, so I tried adding the silhouette again, much larger this time, in the foreground. Satisfied with that composition, I added a filter to the image using Formulas, which made the image darker and more foreboding. Finally, I used the clone tool in Touch Retouch to remove some spots that I thought detracted from the image. 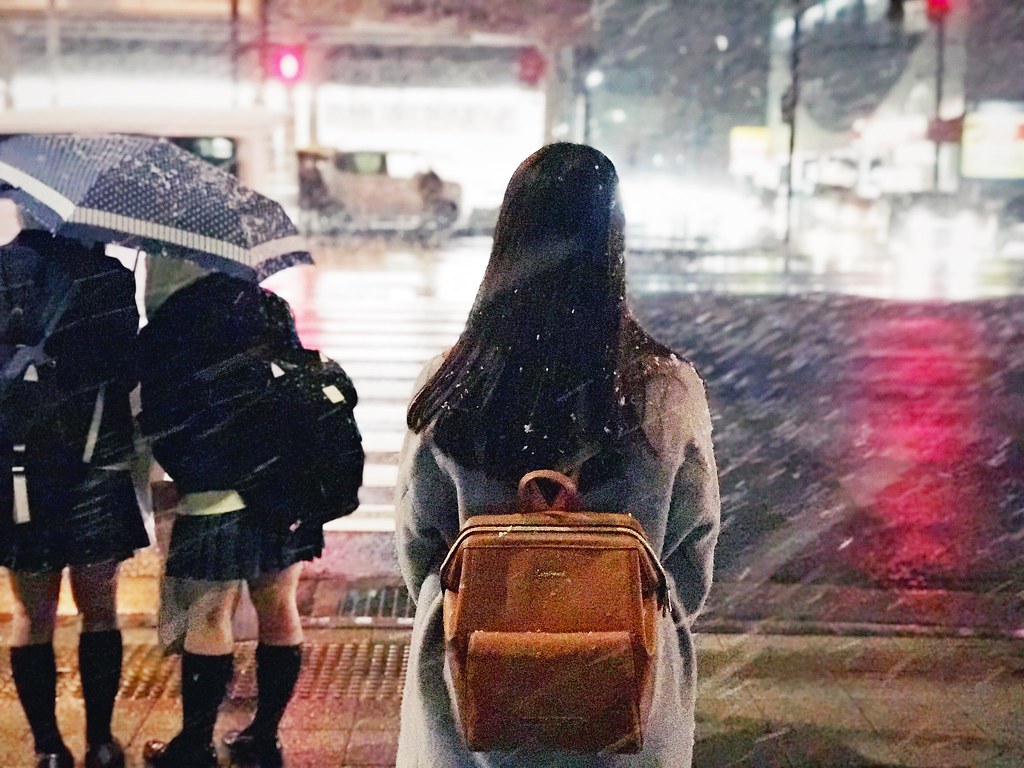 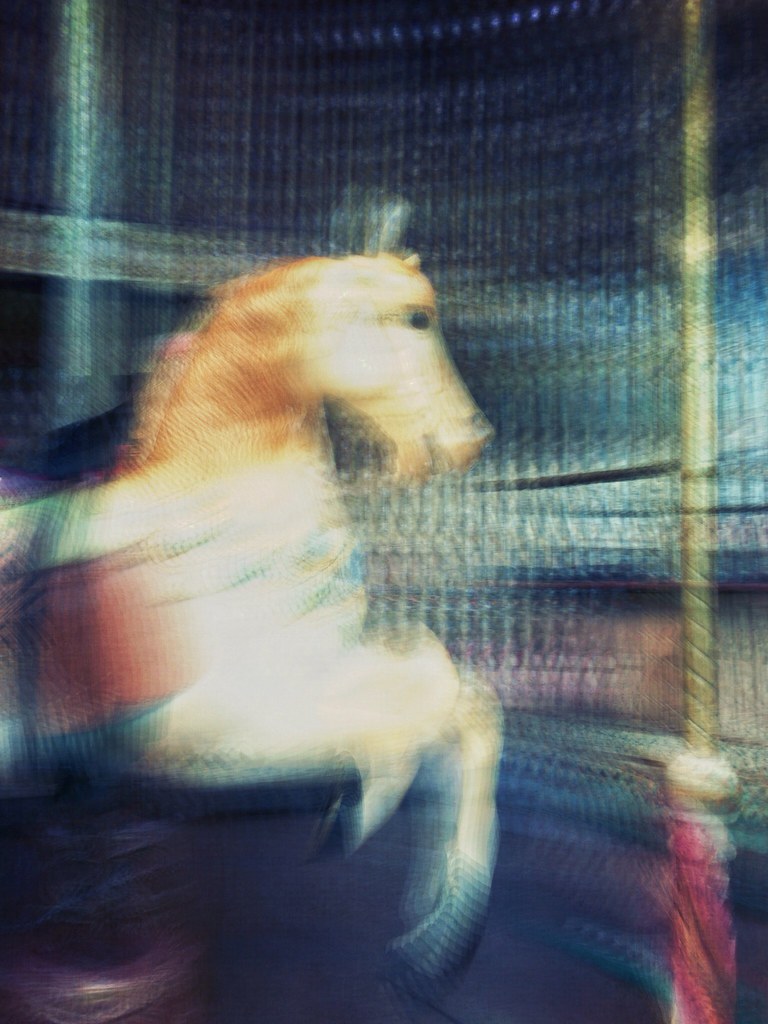 Apps used: snapseed and stackables app
Backstory: In Bordeaux in France, there is an old merry-go-round with wooden animals. I made a series of photos with my iphone using in a different way slowshutter app. I adjusted the application on motion blur. 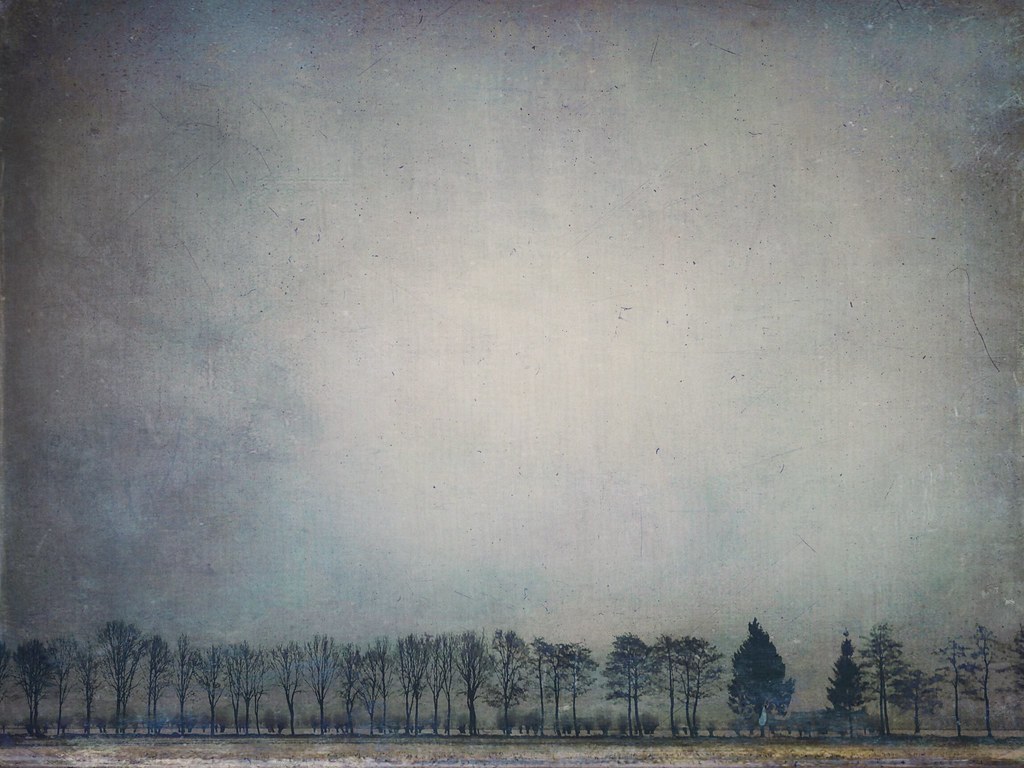 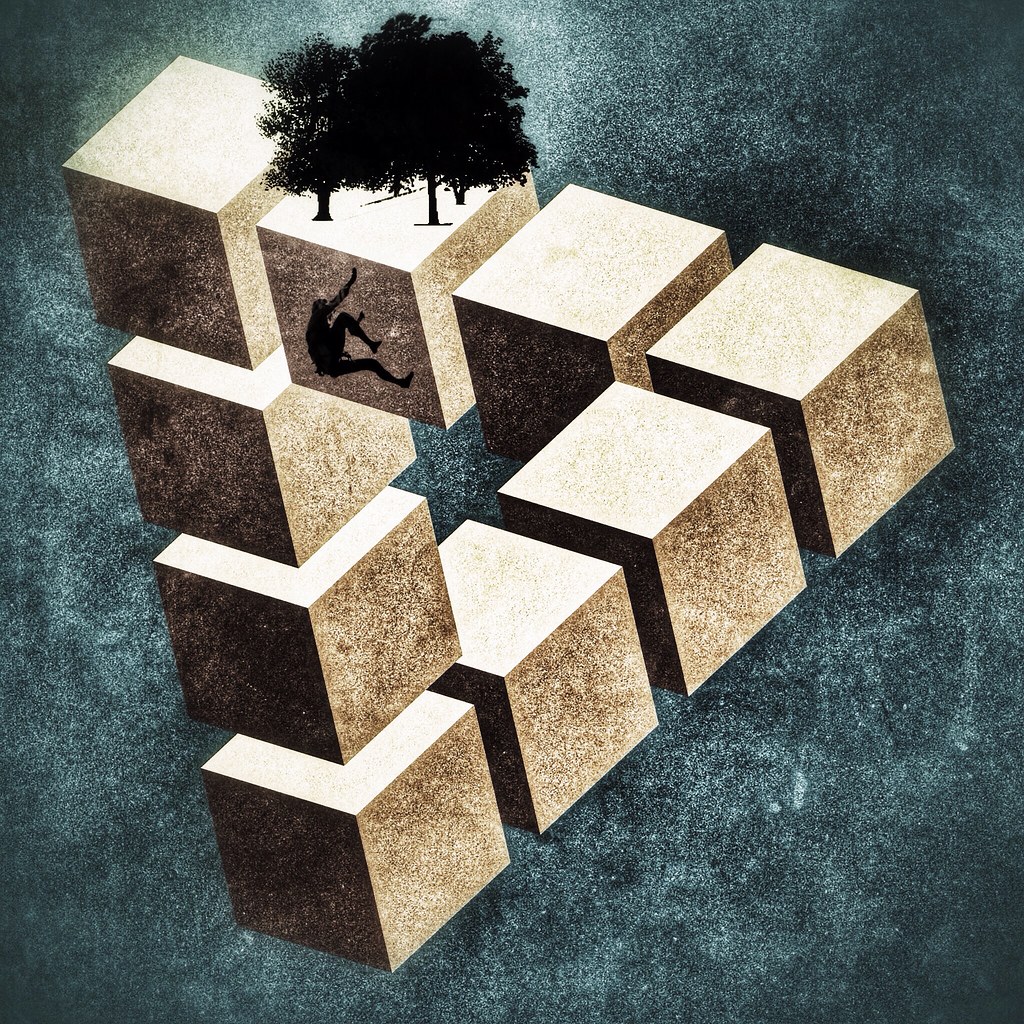 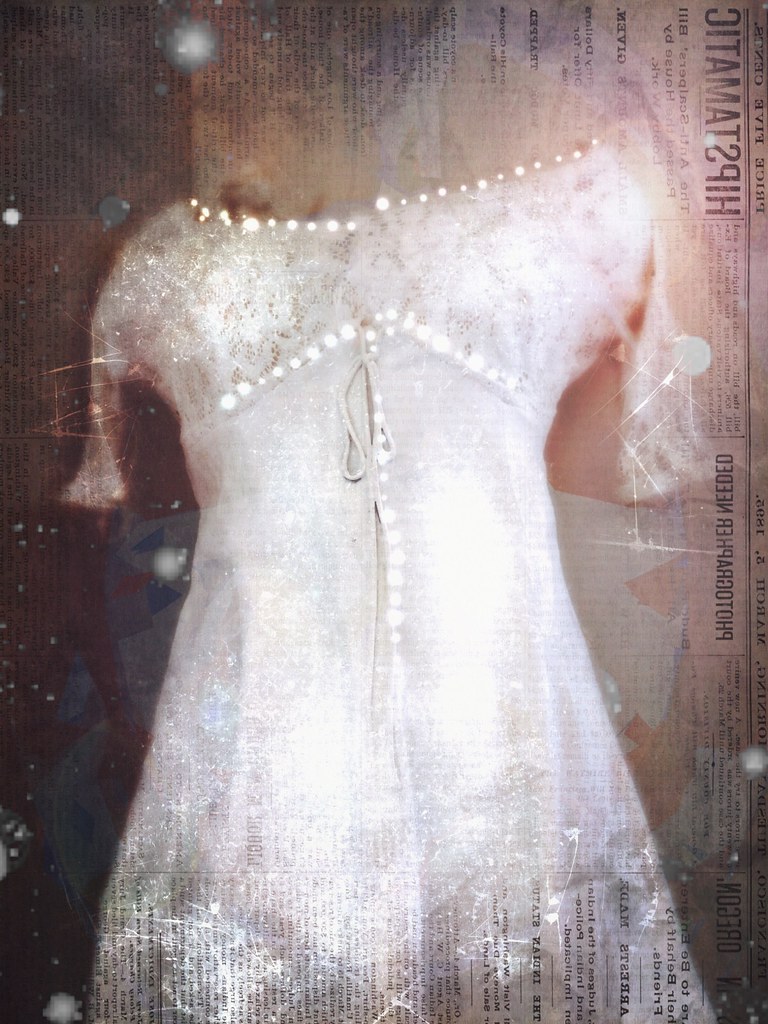 Apps used: Hipstamatic, Stackables, Light Pic, Repix.
Backstory: I took this picture at a mannequin in Art School where I teach. It drew my attention and I thought about how a white dress like this is important for a woman. The lacy white dress is something very feminine. It is usually the wedding dress, but it is also something pure, romantic, fairy… I worked the picture creating a gradient effect, dreamy, but using the “newspaper pages effect” from Hipstamatic because this woman is romantic but she is modern and adapted to real situations. Also I edited the image with Repix to create a “front” and effect “to release” the image from the bottom.