The first image is an beautifully conceived and executed tribute to the amazing film climbing the charts here in the US – Gravity. Dirk Dallas consistently produces some of the most amazing, minimally-apped images out there.

(And if you’d like to see your images in the running for selection to our weekly Apps Uncovered feature, be sure to list the apps you used to create your image when you upload it to the iPhoneographyCentral Flickr group. (And as an added bonus to other members who would love to learn from your successes, consider adding the “Backstory” describing the creative process that led you to capture and process the image as you did.) 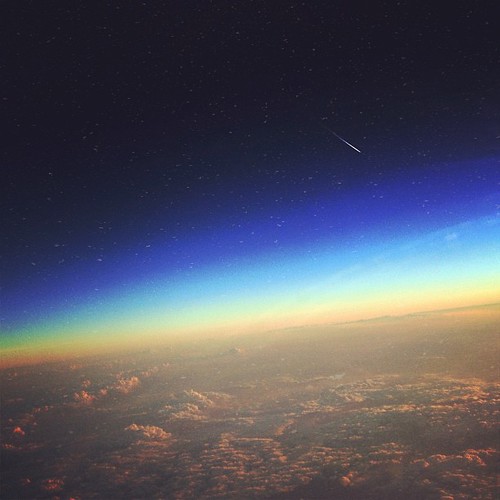 Apps used and backstory: This was taken with my iPhone while looking out the window of an airplane. I edited it using Snapseed & Afterlight. I darkened just the sky to make it look like I was on the edge of space, and then I added noise via Afterlight to make it look there were stars. That comet thingy was actually another airplane that was going by, just lucky timing! 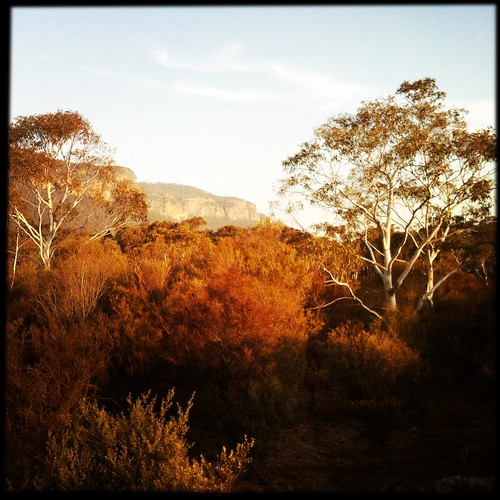 Apps used: I usually shoot with the classic Hipstamatic, but alas I’d filled the queue in the hipsta and as my dad and brother were waiting by the car and getting slightly impatient, I opened Oggl and shot with that until it was full and then shuffled back to the car. I used the Jane lens and Sugar film, my favourite colour combo, and did no editing after taking.

Backstory: I was recently lucky enough to find the time to briefly visit me dad in the Blue Mountains, west of Sydney. I rarely get out of the city these past couple of years since taking up photography, and so it was a treat to find a few minutes here and five there to practice taking some landscapes.

This shot was taken in the Megalong Valley, near Blackheath, the town my dad lives in. It is a place that I’ve only visited twice now, and both times briefly. But each time it has struck me as a magical spot. Although a valley, it is high in the Blue Mountains, and as you drive down into it you pass through very old rainforest, now being slightly overrun by Eucalypts in places. But once you get to the bottom of that winding and tree enclosed road, the valley opens up into broad golden fields and plains with the occasional rolling hill. That shift captivates me and along with the great cliffs all around, some of which you can see here in the background, gives the area the feeling of somewhere that time forgot. That’s a more than common feeling in parts of the Blue Mountains, but not so common in areas where there are houses, farms and shops. I’m quite bewitched with the place and can’t wait to get back.

I’ve only been there once before the other week and that was very briefly. Alas this trip too was brief and mostly in the last moments of light. But I had to practice taking landscapes, it is such a rare treat and I think I got one or two good ‘uns. 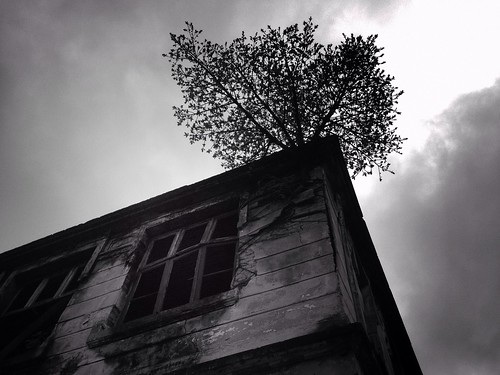 Flower in Her Hair 01 by Rodrigo Vieira

Apps used and backstory: 645 Pro MK II (to shoot) + Laminar (to enhance the sky) . In 645 Pro, I used the H5 Film in the 645 Format. In Laminar, I used the Lighting Engine to bring those clouds back to life // Ruins in Vila Maria Zélia, São Paulo, SP. Photos taken in September and October, 2013. This set shows two warehouses and two schools completely abandoned. This Villa dates from 1916. 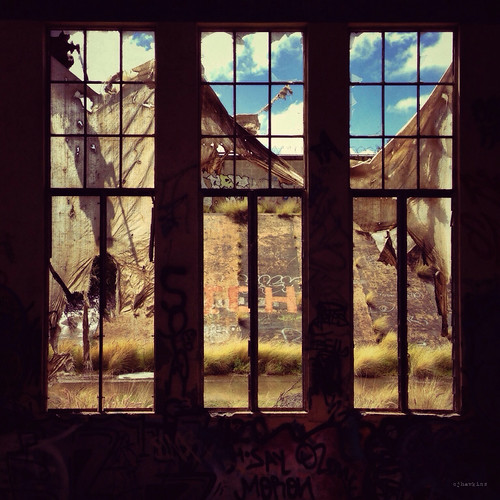 Apps used and backstory: This window in the abandoned Fremantle power station was well above eye level, so I had to shoot on tiptoe with my iPhone held at arm’s length above my head. The lines were still skewed towards the top, so I tried straightening the window up with the “perspective” tool in Leonardo, which was a challenge. It took four attempts to get it nearly right. Then I took it into Snapseed for some work on the windows using the “Selective Adjust” tool to beef up the sky a little. I really like the “copy” and “paste” facility that Snapseed has for each adjustment point you make. Finally I superimposed my finished Snapseed version with the earlier Leonardo version to remove some of the haze in the dark areas. “Multiply” in Superimpose often produces really nice rich contrasts and tones and that’s what I used here. The grafitti on the walls was great, but I felt it would detract from the window detail. 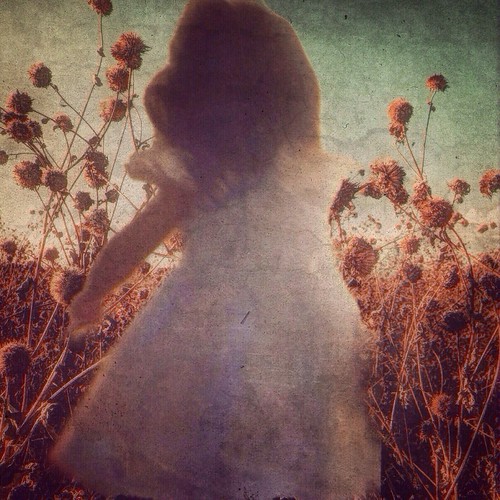 Backstory and apps used: The story behind this particular piece is based on the innocent curiosity of a child exploring in a field of opportunities. The initial photo was taken with ProCamera, next step I used Superimpose to position the image correctly to reflect and orient the main image. I followed by using Snapseed to augment the lighting and colors to provide an series of contrasts. And as a final step I used Picfix with finishes in Grunge and Scratches to do the final touches for a vintage aspect to the iphoto art. 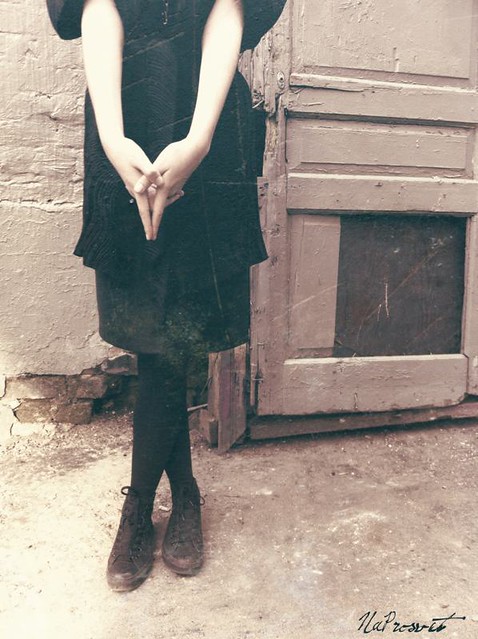 Apps used: This photo was taken with iP4 via ProCamera app. I have to mention that it was a pure and sunny day, afternoon, so I almost had no problem with picture quality. However, the specificity of this location had given me the strong desire to age this pic. So, I had to give it a new mono/retro color and a new one texture, to turn it into a something taken few decades ago. So I further processed it using the MiraCam app (by Broong Inc.), applying one of its live photo filters.

Backstory: I recently had my first shoot with my new Russian model Natalya Goncharova. (btw, it’s her real name). We’ve done a good job together and I was pleased with the result.

Our way home took us through an abandoned courtyard. I must say this is one of my favorite places for shooting in case I have no idea for the new one location =)

down is the new up by Martin Dietrich

Apps used: The photo was shot with Hipstamatic app using “Wonder” Lens and “BlackKeys Extra Fine” Film. After that I cropped the photo and I turned it upside down with edit mode in Apples native photo app. After that I applied textures with “Mextures” app and finally I used snapseed for some last tweaks (increased contrast).

Backstory: As I noticed the big puddle and the people and buildings reflected in there I took my iPhone4s and waited for a good situation to come. 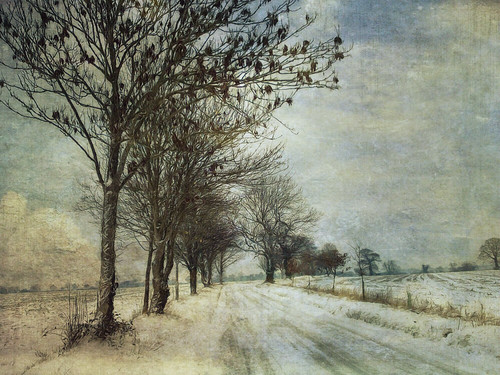 Backstory: I am wedded to the Landscape tradition, it is in my soul and in my bones, it will never let you be its master but it will give you soul food each day. I thank my father for introducing me as a child to the work of Sisley, Turner and Constable who I love and study on rainy afternoons. I believe you should never see one edit of a picture as the best it can be. I’ve worked at this picture of last winter’s snow a number of times and never got it quite how I want. Like a nagging tooth I felt its call and had another go at it this week and I think I got it right this time. Snow and textures are a difficult partnership and balance. I always use dynamic light first in my landscape edits to adjust the lighting – such a useful app. I make separate images of the same picture using all the apps I listed and then I juggle them all together like a layered sandwich using Superimpose. Getting the balance is the art I think. This picture was taken on the lane where I live on the flat lands of Norfolk, UK. The sky always seems a huge expanse. I love the hint of blue and the leaves like birds in the winter trees. 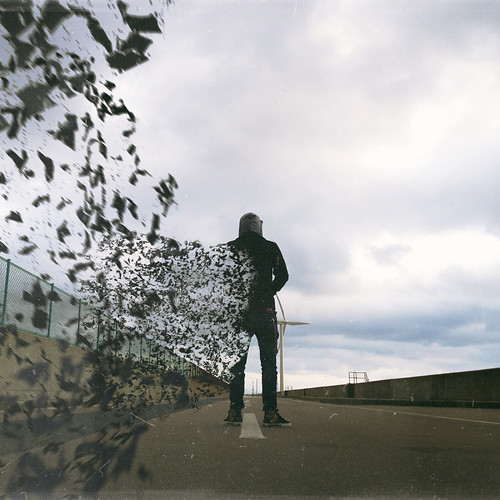 Does it make you happy now? by Masaki

Apps used: iPhone4S, Artstudio, Touch Retouch, Filterstorm, VSCO, Mextures and Effextures. Here is a tutorial showing how this was created: http://www.iphoneography-lab.info/edit/edit_79_guest_masaxxpay/. (Click on the dropdown to the right to translate the page from Japanese into English.) 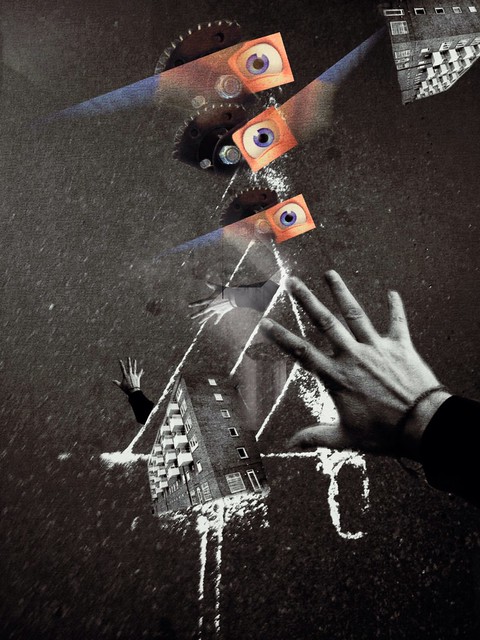 Backstory: This image came to me when i contemplated in big pain, seeing the hand and eye in this Dada inspired work represents how you can see, what you can choose to do about it and how it affects your ability to make something out if it. Your vision thru your hand. The search for colors when its all dark, and the crazy eye laughing of it all. Like all my works it’s always a syntheses of philosophy art, black humor, pain, and architecture.

Kids playing in the waves by Emigdio Salgado 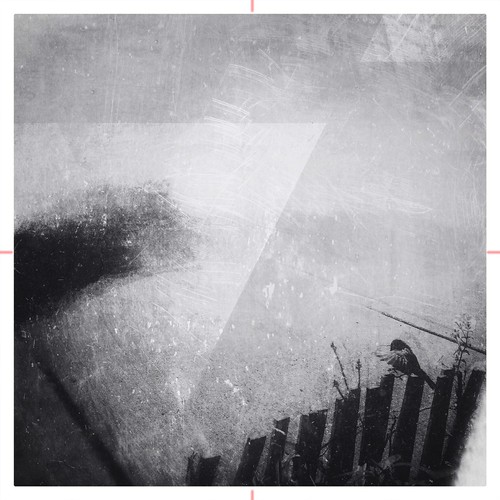 Apps used and backstory: Not really much to say about the photo itself. Like most of us, when I have the chance and the light seems right I’ll have phone out and try and grab a few pictures of things around me. I happened to be sitting outside one of my favorite coffee shops and these little birds were very interested in the scone I was eating because of all the crumbs I was shedding. I snapped away until and found a few I liked (using Oggl). I have a second with a bird mid-flight, but wanted to try something a little different for the follow up image so I just started playing around with apps. I had just recently downloaded Repix again, so I started there using it to remove most of the background and smudged what was left with the charcoal tool. I then tweaked in Snapseed and Afterlight (I use these two on everything), and began adding some grit and grime with Mextures and PicFX. At this point I thought the background was a little stark so I ran the image through Decim8, then blended a few working iterations in Image Blender until I was happy. Finally, I added the frame in KitCam.

Apps used and backstory: I took a trip to London and Paris this last summer. The photo was taken on a double decker bus tour. It wasn’t a a great shot, when looking through all the images, I thought it had possibilities. I first took it into Snapseed to adjust brightness, contrast and saturation. I also cropped the image in Snapseed. Next I brought the image into Repix (one of my favorite apps) and used various brushes like dots, chalk, and sometimes hatching to add texture. I like being able to use the undo brush in Repix to bring back some of the details but leaving much of the impressionistic brush work. Next I bring the saved image into Procreate. I use Procreate to add layers and addional brush work and textures. I like being able to turn layers on and off to see if I am happy with a texture, or other elements and often apply lighten or overlay, etc to the layer. The last step is to add a layer in Procreate to sign it. 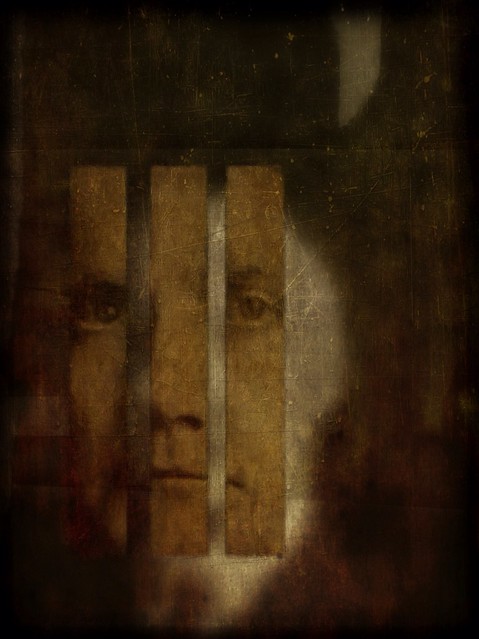 Backstory: So many apps and so many layers were used to turn this from a vague idea in my head into the finished pic.

The Heart of Death by desian66 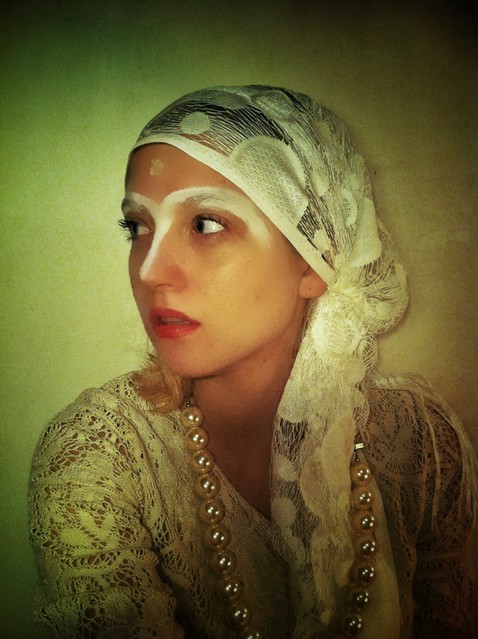 Apps used and backstory: For Prelude I only used Snapseed and Facetune, nothing more. I wanted this picture to be as sober as possible though evocative and leaving something for the mind to fantasize about. I’m very happy that it breathes a 16th century atmosphere.
This is the first in a series of pictures, which I’m still working on.