I’m fascinated by abstracts, and the people that create them – because the challenge is – how to make it interesting when you’re not quite sure what you’re looking at? As an artist, do I concentrate on color, symmetry of shapes, the play of light and dark? Do I suggest something that exists, or do I create a form or series of forms that doesn’t resemble anything in the real world?

This week’s selections provide a random assortment – the “outright” abstracts of Clint Cline and dieuwke geervliet, the composition by Fiona Christian that suggests a real scene (in this case, to me at least, a path wending its way over a hill on the way to the beach), the “constructed” illusions by Dragan Fly (a photograph of lights in a bottle) or Poetic Medium (silk flowers deconstructed in a series of tight vignettes) that play like an abstract but are actually “real things,” and the remaining series of close up photographs of found real-world phenomena that take on an abstract quality when seen in isolation and close up. And the one exception to the weekly theme – an amazing composite by Tuba Korhan from her ongoing series which you can see a spotlight on here. (Hey, I get to select the images, so I get to make the rules!).

This week’s lead artwork is an untitled piece by Fiona Christian, which as I indicated above, strongly suggests to me a path wending its way over a hill on the way to the beach (while still being an abstract).

App used: Repix
Backstory: I took the original image with the native camera, through the windscreen of a moving car. It was a bleak, rainy day so the resulting shot was fairly average but I liked the shapes that the light and dark areas created. I wanted to make an abstracted landscape with a distinct painterly style. I smudged it around in Repix then added some colour with Hipstamatic. I added some texture in Mextures and blended several versions together in Blender. I finally added some detail using Mark Up in the native camera editing mode. 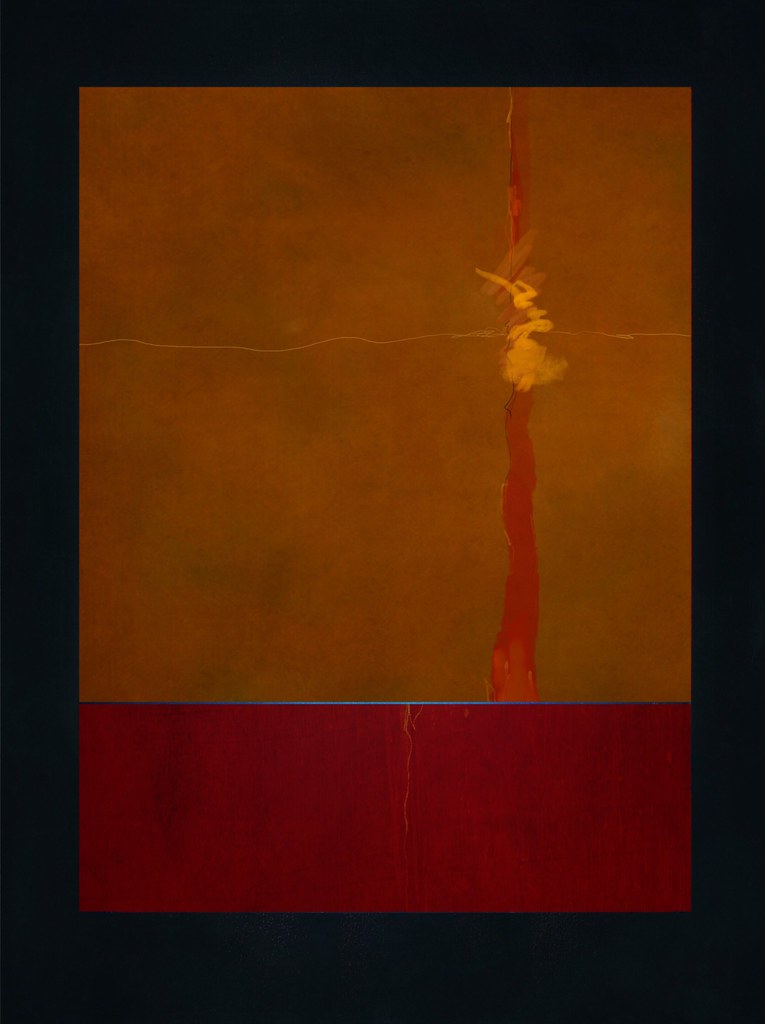 Requiem for Paradise by Clint Cline

Apps used: Procreate, Sketchbook, SketchClub, Superimpose, Stackables
Backstory: I was in the midst of creating an addition to a series of diremption photo/art images when I learned of the California wildfires. I focused particularly on the Camp Fire near Paradise, being somewhat familiar with the area when my parents lived southeast of there in Placerville. I watched with great sadness as the natural and then human tragedy unfolded with such rapidity. When it came to naming this piece “Requiem for Paradise” seemed altogether fitting, and I dedicate it to all those who perished in the fire and to the loved ones they left behind. May God rest their souls.

Apps used and backstory: I set a bunch of small colorful LEDs into a clear bottle. Stayed on the bottle, then wavered across to get the trail. iP6s with Slow Shutter set to 6 seconds. Touched up with Snapseed and Aviary.

As to how I conceived of the image, it was rather off the cuff. I have the LED filled bottle on one of my bookshelves. I was sitting on the couch when the lights came on (they are on a timer). I looked up and the lights sort of trailed with my eyes. I knew I had the Slow Shutter app and the rest took a few shots to get done right. I love Snapseed in how it can enhance an image and used it, finishing with Aviary.

Apps used: ProCreate and Stackables
Backstory: I’ve been exploring abstract art for the past year. I love making backgrounds for my images and it naturally evolved from there. I’ m very much in the discovery and experimentation process. I started this image with a colour palette, created some textures for the background and continued from there, making marks, blending texures, painting, blending, always blending to create a richly textured image. 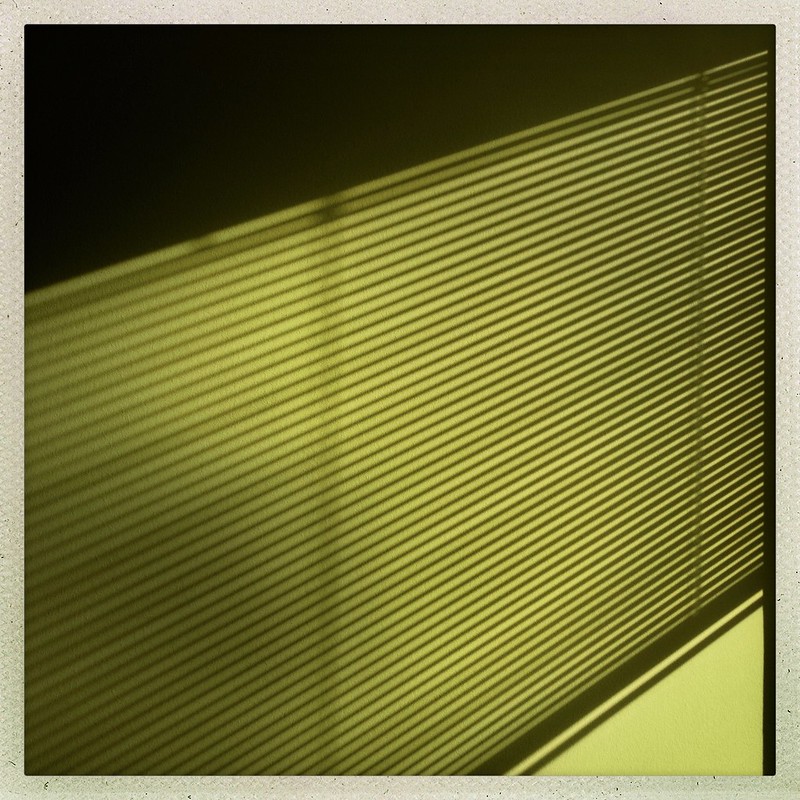 Light on the wall by DaWernRulez

Apps used and backstory: I used iPhone 7 with the App Hipstamatic, filter: Jane and Ina’s 1982 with Triple Crown Flash light. The situation is my office room. The sun makes so cool shadows at the wall. I love it. 😉 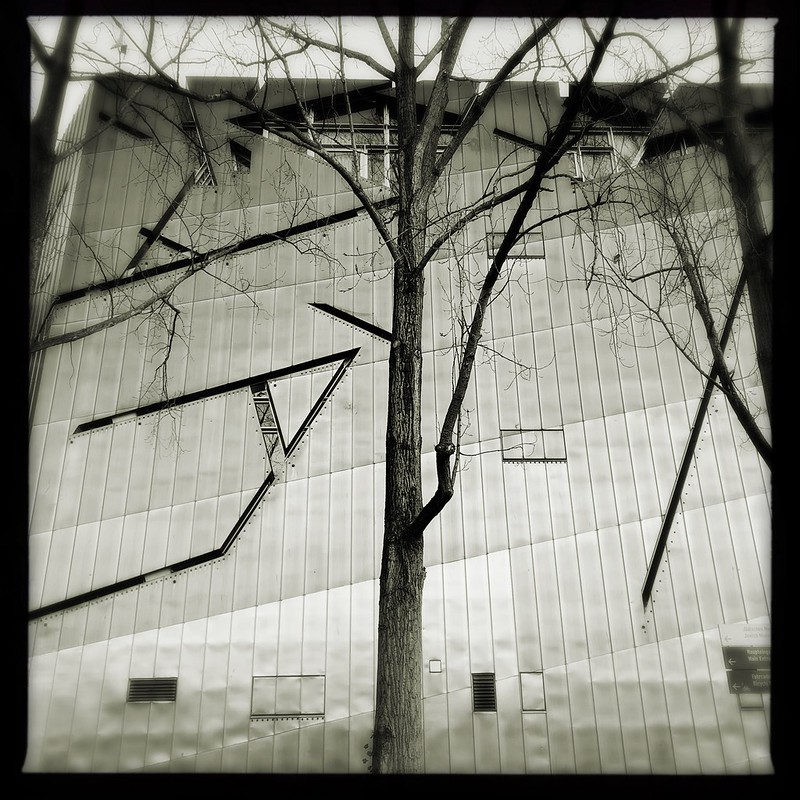 Apps used: Hipstamatic with Anne-Marie lens, Claunch72 film, and Apollo flash.
Backstory: This photo was taken with the iPhoneXS for my 365 day project using only Hipstamatic photos straight out of the camera. The Jewish Museum in Berlin by Libeskind makes a wonderful backdrop for photos. The naked tree branches seemed to complement the angles of the building.

Apps used and backstory: For effects it is just a little app called ‘Provoke’. Backstory: just getting through crowds of people on holiday with my fam…pounding the pavement at WDW (The Magic Kingdom). 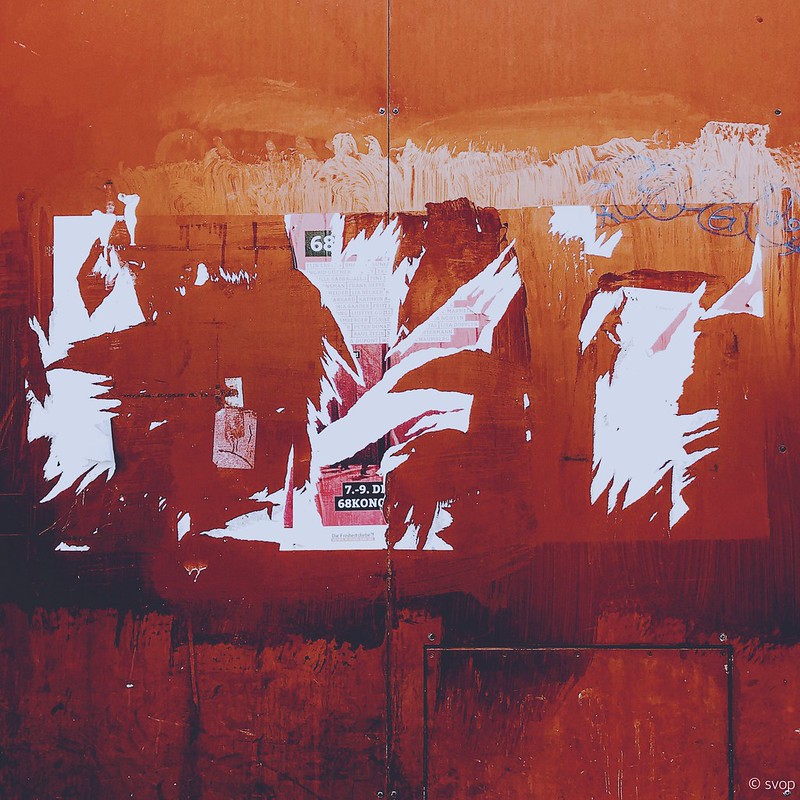 No Message by Sven Podßuweit 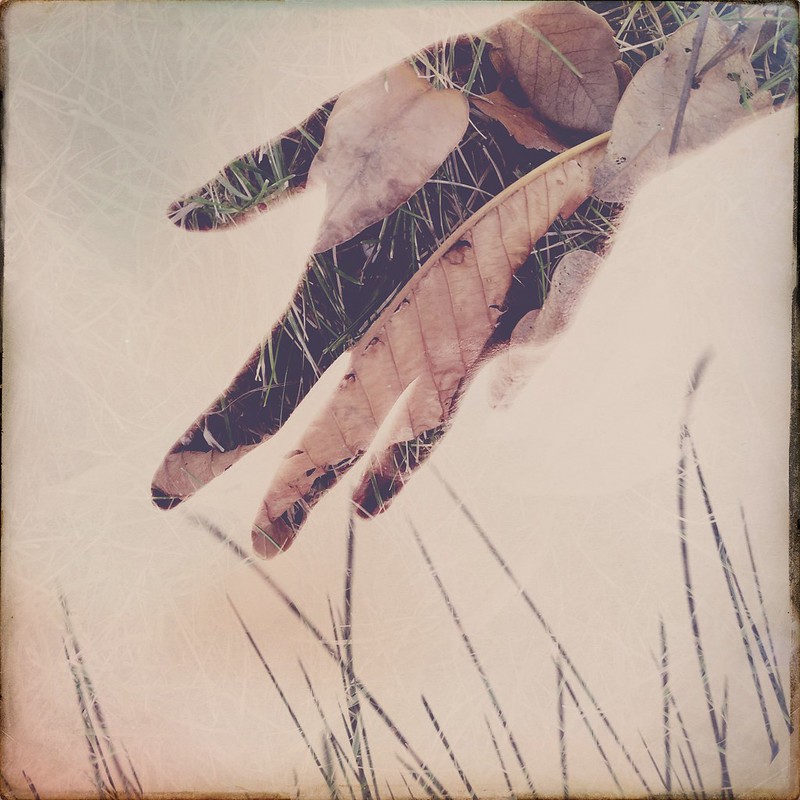 Tints of Autumn Series 🍂 by Tuba

Apps used and backstory: Step 1 – I captured and printed a series of my hands. Step 2 – After choosing my gear Madalena Lens and Sussex Film in Hipstamatic I started shooting with Hipstamatic multiple exposure kit; first I took a picture of a hand then I shoot an object or texture which reminds autumn. This is the last step for the first group which contains single hands.