This week’s Apps Uncovered presents a selection of what I found to be the most compelling images for the week in our Flickr group, across a wide range of styles and subjects – but with one common theme – People and Places, but not present in the same image.

This week’s lead artwork is a selfie, Darkest Dance by Eliza Badolu, in which the artist captures an evocative moment of blurred action as she spins. The colors are few and bold, which add to the drama. 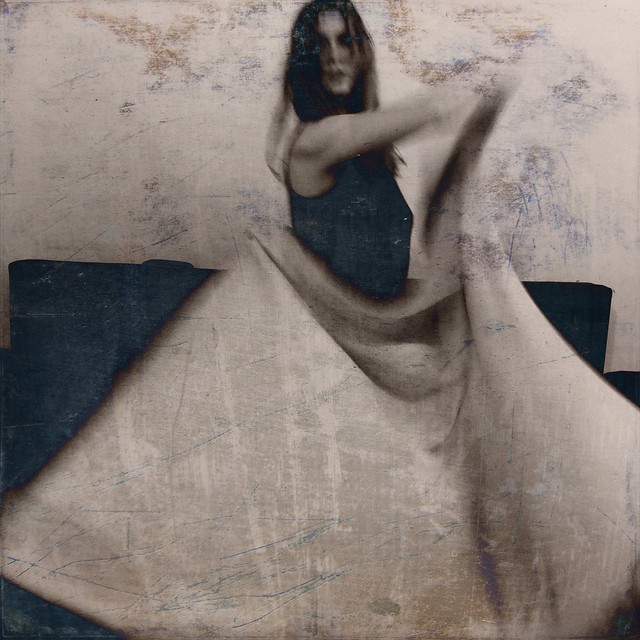 Apps used: Snapseed, Stackables, PicsArt
Backstory: I was interested in achieving more like a moody frame leading the emphasis upon structure and textures. Textures were used with Stackables and the light and shadows effects fixed in Snapseed. I was yet again preoccupied with the silhouette of the body while in motion and the blurred sensation that it defines all passing moments that we try to envision inside the frame of a image. It may be about time, constant search for identity and space inside the same equation. 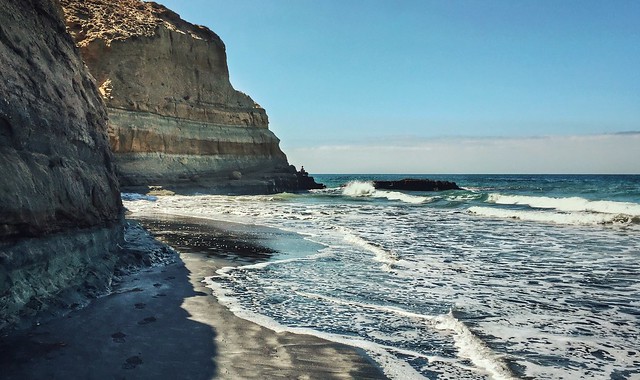 A Path to Self-Reflection by Kent DuFault

Apps used: IPhone 6+ and processed with Snapseed, TouchRetouch, Instaflash Pro.
Bacsktory: I saw the footsteps in the sand, and then saw the man sitting off by himself. It definitely seemed like a moment of alone time. I turned around and went the other way. 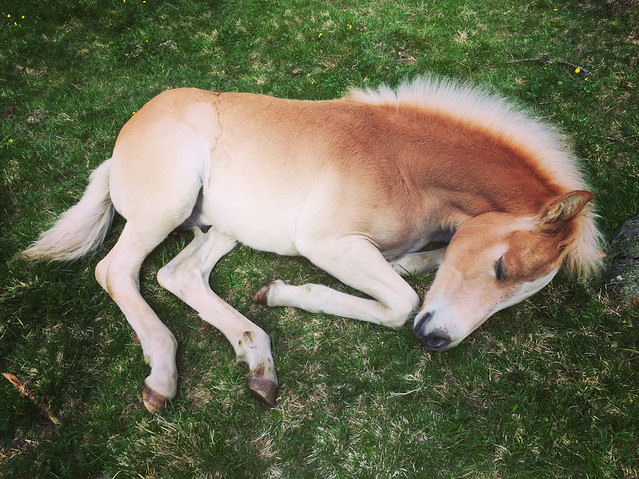 Meanwhile at home… by Roccantica

Apps used: iPhone6-Instagram-Mayfair
Backstory: The challenge here was to get close to this foal without disturbing it. There were two of them with their mothers in a pine forest. The mothers were grazing, while the young were dozing off in a very hot June afternoon. I had to walk more than two hundred meters after they spotted me. Surprisingly they all kept calm, they acknowledged my presence, the foals glanced at me and then they went back to sleep. I choose this one because of the semi-fetal position… 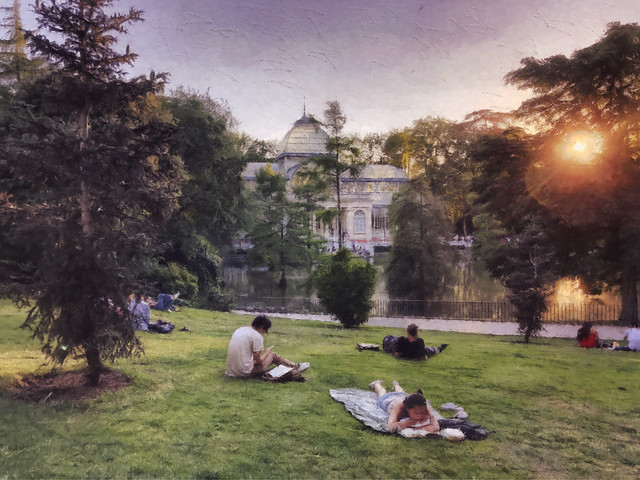 Apps used: ProcameraHDR, Snapseed, Glaze, IColorama, Mextures, Distressedfx, Superimpose
Backstory: I was in Buen Retiro Park in Madrid late on a hot summer day. The scene with the people lying on the grass and the Cristal Palace in the background reminded me of an impressionistic painting. I wanted to create a slightly impressionistic look without simply using a painting app.The photo was taken with an iPhone7 using ProcameraHDR. I started processing in Snapseed for basic editing, then Glaze for a painterly look. I went back and forth with the other apps to emphasize color and texture using Superimpose to tone down the results by combining them with an earlier version. 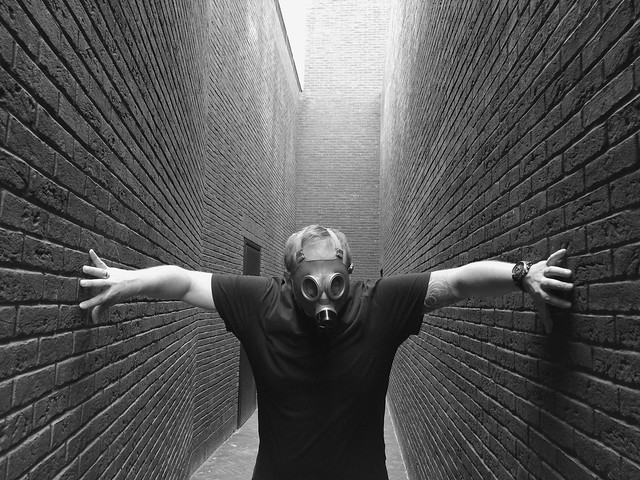 Apps used: Snapseed, VSCO, Pixlr.
Backstory: One of the recent landmarks of Gdańsk, Poland is a spectacular design of Gdańsk Shakespeare Theatre, the concept of which commemorates a real English Shakespeare theatre that was active in the 17th century. In the past, Gdańsk was a florishing multinational Baltic harbour city, so it offered entertainment to various tastes of traders, sailors and the residents of course !

A number of outdoor narrow and curved niches in the external part of the building is a must-be location for photographers; a perfect place for conceptual, architecture and abstract frames. Simon, a creative photographer, definitely knows how to model properly! 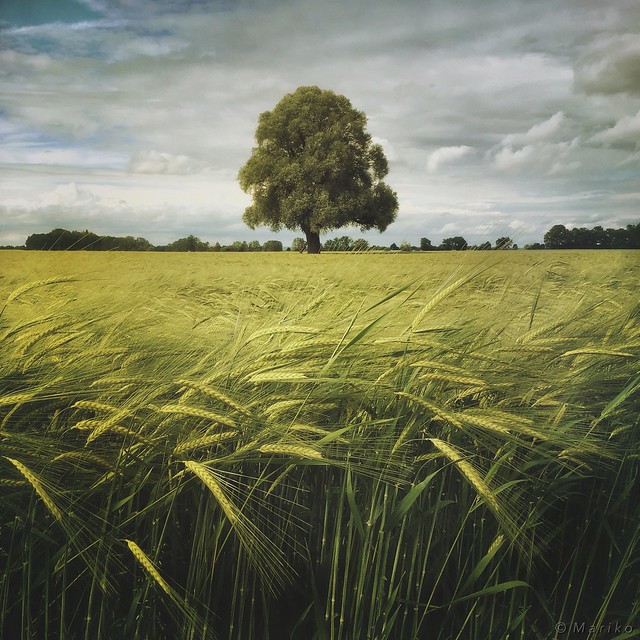 The Sentinel by Mariko Klug

Apps used: Taken with an iPhone 6s, Hipstamatic (Jimmy lens/JollyRainbo2x flash), edited with Snapseed, Picfx
Backstory: I discovered this tree last year by coincidence and since then I visit it occasionally. This tree, probably a white willow, really catches one’s eye as it’s standing in the middle of a cultivated field. This year barley is growing around it which makes it even more interesting for me. Barley is my favourite grain, it looks very delicate and I love the fresh silky green colour during spring. I just stood at the beginning of the barley field and took this shot. 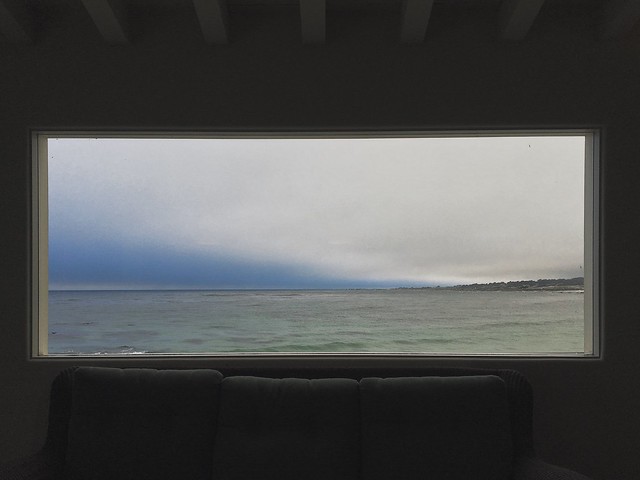 Apps used: Shot with iphone 6S and Moment App. Processed with VSCO with n1 preset
Backstory: On a recent business trip to California, we had dinner in a house by the coast. I liked the view from in the house which framed the view of the sea.

The light from the window reflecting on the couch and cieling beams also works to frame the scene and lead the eye to the sea scape. 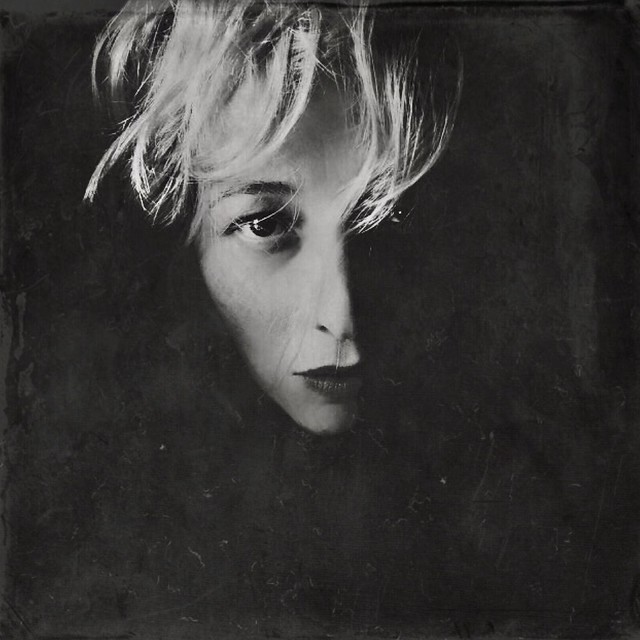 Apps used: I shot this image with Hipstamatic and edited with Snapseed & Mextures apps .
Backstory: This is an autoportrait. 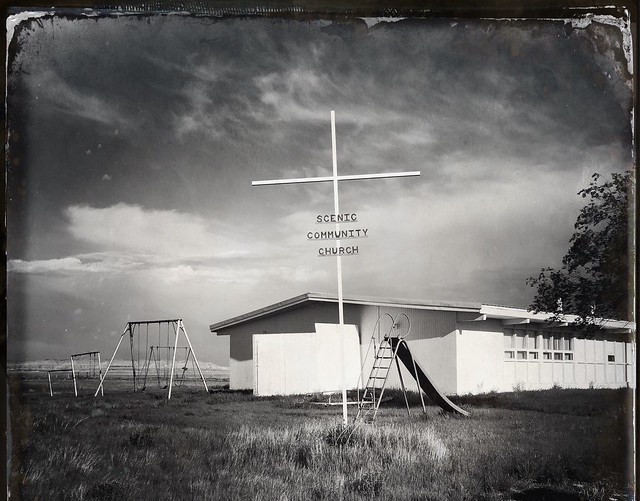 Apps used: Hipstamatic – current version and John S Lens, D-Type Plate Film, and Triple Crown Flash – no other software was used for this.
Backstory: I was actually attending a Douglas Beasley workshop in South Dakota and on the way back from a location we stopped in Scenic, SD. I composed the image wanting to be close enough to have the Scenic Community Church and playground in the scene – the storm clouds were a bonus and the reason I close black and white. 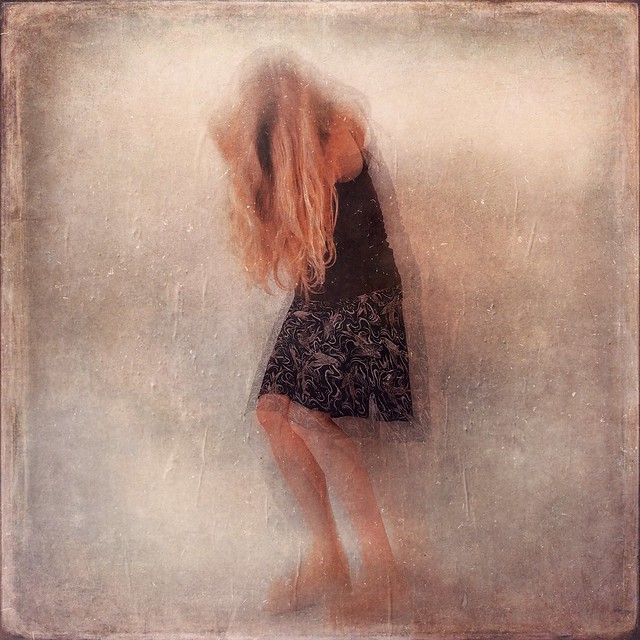 Apps used and backstory: After a couple of heavy losses I am going through different stages of grief right now. Expressing my feelings with my photos is one way of dealing with it. This photo is part of a series in which I let my feelings move my body and posture. I took the pics with Hipstamatic and ran it through Hipstamatic again with different filters. In the end I edited it with formulars. The photo is all about the deep sadness which makes you hold yourself so that you don’t get lost in all the pain.