Welcome to the Apps Uncovered – the longest running online, weekly iPhone art and photography gallery. We hope you’ll find it a centre for excellence amongst iPhone art creators and a resource to learn from others by listing the techniques and backstories behind every image.

Thank you to Pascale for our lead image “Je suis Charlie” which needs no explanation – and of course thank you to all of you who made it into the top 12 picks this week. I encourage you to click on any artist’s works you find interesting to see more their work on Flickr. If you would like to be considered for the Apps Uncovered, please submit your work to iPhoneography Central’s Flickr group. Please enjoy the this week’s gallery. 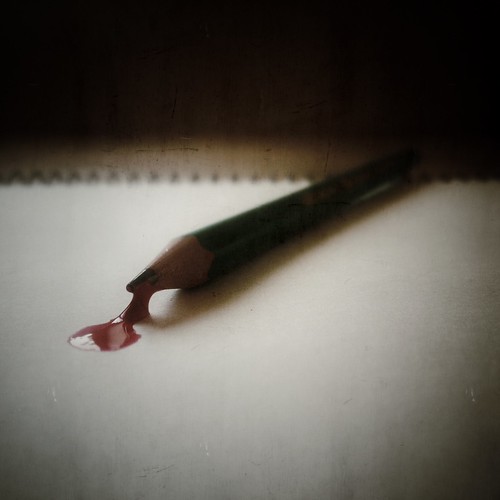 Apps used: This photo was taken with ProCamera 8 and edited only with Snapseed.

Basic settings with the tools and the Vintage filter n°3, and a small adjustment with Center Focus, always Snapseed.
Backstory: After the horror of the attack on Charlie Hebdo in Paris (07/01/15), I was devastated …
This image, my thoughts are with all the victims and their families that this tragic event left behind him….

All pencils in the world weep tears of blood ….

“We are all Charlie” 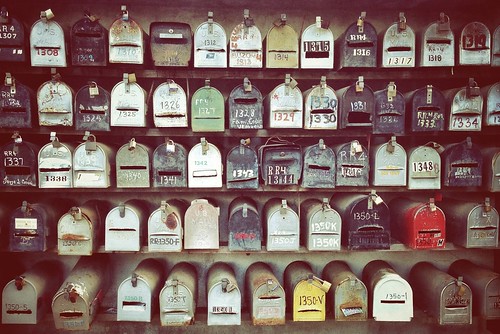 edited further using #snapseed #ShockMyPic #ImageBlender
Backstory: I shot using my iPhone 5. Here is a copy of some of the EXIF:

I used Snapseed on this one.

Filters: Vintage which gives it the gloomy-bluish-retro look, Center Focus mainly to bring down the outer brightness and Details to bring up some structure to the small 72 dpi image.

I also cropped and straightened the image to get rid of some distracting bollards and to align the shelves horizontally.

I was heading to a friends house in a rural area in Bayamon, Puerto Rico. In these areas the USPS does not deliver mail directly to the houses but into these mailboxes. Labeling, colors and locks are all part of the mixed identities of the neighborhood.

It was a must to shoot this Mail Box Station. I love it for the story. It’s a connection point for theses people. It’s a face. It’s them represented in these boxes. It’s plain curious to see them all together just like that.

Backstory: I’ve been busy in the city and on my way I noticed that it was quite misty around the skyscrapers in Frankfurt. This is perfect conditions for my project called “Urban Abstractions”.

Unfortunately I left my camera at home. But fortunately I had my iPhone 6 ready. I’m into mobile photography anyway so that wasn’t that much of a problem for me. Actually, some of my best works are shot with my iPhone.

Shot with iPhone’s Camera App. Processed with VSCOcam (x3 preset). I adjusted brightness and contrast, added more grain and a touch of sharpness in VSCO as well. Straightened (slightly, not that much) with iPhone’s photos app.

The concept accomplished in this shot is actually not new to me. I knew the spot and went straight to it. Architecture is a fundamental element of my work, used as instrument to embody my thoughts. The works from my ongoing “Urban Abstractions” series are all ideally connected. Just as all works in this series they’re clearly minimalistic in their appearance with a resembling geometrical impact. They‘re reflecting the uncertainty about the future regarding human progression and evolvement as the ever growing highrise buildings vanish into the sky.

I achieve these perspectives by going very close to these high-rise buildings. By close I mean VERY close. My iPhone actually touches the surface of the building, lens pointing to the sky. As these shots are, thanks to the perspectives, very abstract anyway I try to enhance abstraction by post processing further more. In this case by overblowing the sky and loosing details in the dark parts. For the sky I didn’t had to do much because of the mist I talked about in the beginning. 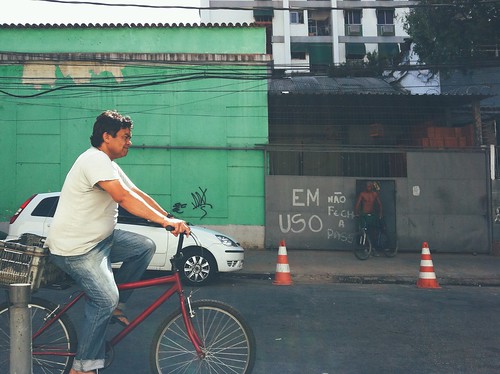 Hardware used: Shot with an iPhone6 with a Moment Wide Angle lens mounted.
Apps used:  hipstamatic lens chivas, film tetegraph
Backstory: this is the most favorite chrysanthemum for me called Perle Mignon. in the night I turned the main light off in my kitchen and set the spot light behind me to light the flower dimly. I covered my iPhone lens with the pantyhose, chose the lens and the film carefully and took the flower. then this is the result. I don’t edit the photo. this is one of my favorite pure hipsta shots. 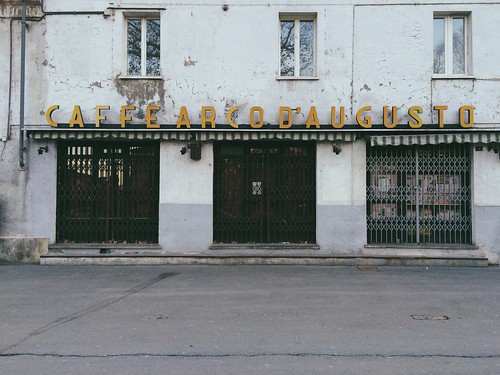 Apps used: Camera+, VSCOcam and Snapseed.Shot with the native iPhone 5S camera, processed with VSCOcam with m2 preset.
Backstory: The shot was taken in the center of Aosta, a city with Roman roots in northern Italy.
I was captured by this image that shows the progressive slow transformation of the urban landscape. The Caffe Arco d’Augusto is a bar near the arch of Augustus which goes back forty years.

For this type of shots I prefer a natural result, although well knowing that photography is always an artificial construction. 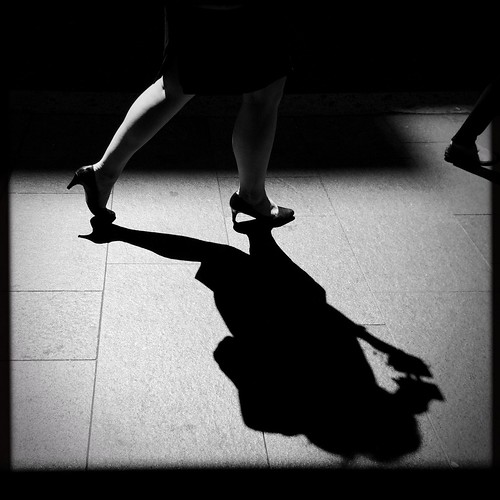 Looking down: The feet thing… by Albion Harrison-Naish

Apps used: instagram
Backstory:So this was one of a series of shots that I took to post on instagram as a take on the ubiquitous shots of feet that seem to be everywhere and show no signs of abating. This is the only one I ended up posting and as it was rather popular, I thought I’d share with all y’all as well. 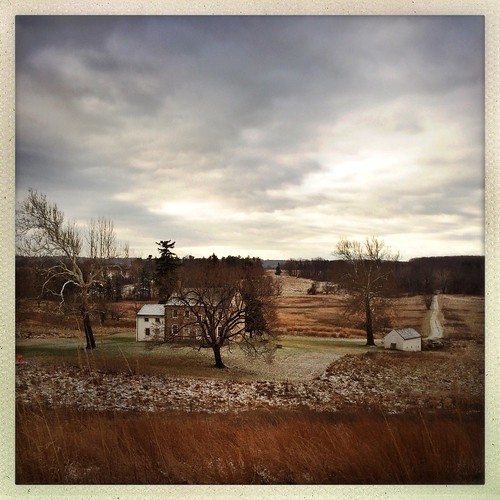 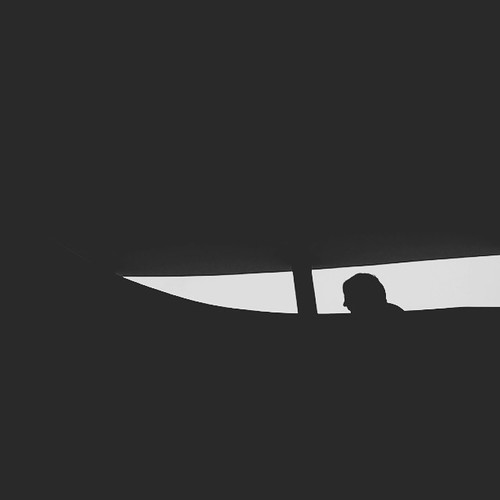 Apps used: Shot and edited with Oggl (lens: Madalena/film: BlacKeys XF)
Backstory:Taken on our way up Frank Gehry’s awesome staircase at the Art Gallery of Ontario in Toronto. 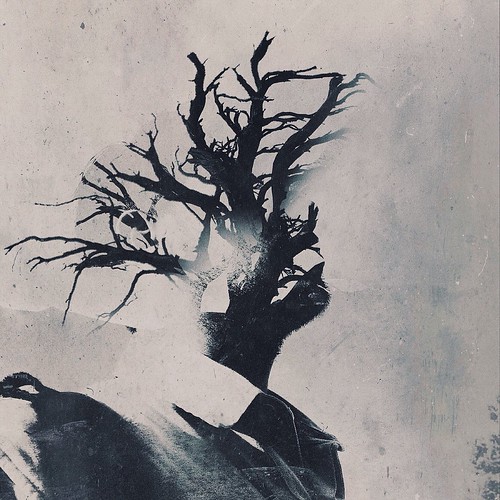 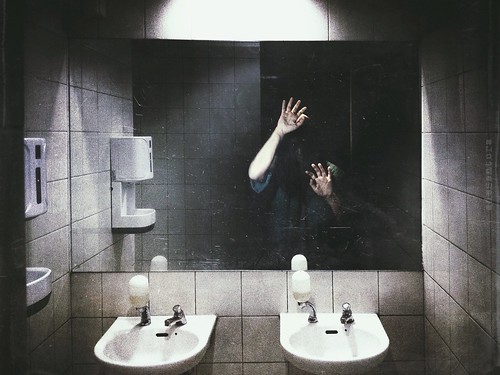 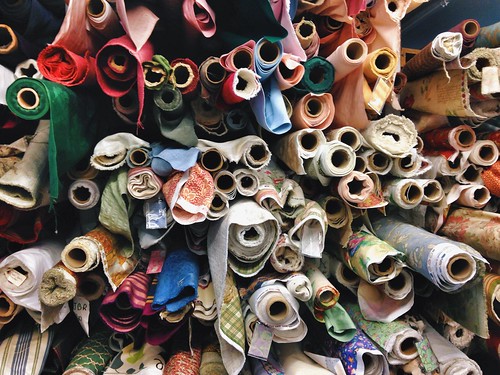 Apps used: I used my native iPhone 5 camera to take the photo and edited it just a little in VSCOCam, using the c3 preset.
Backstory: There’s a curious fabric store in my hometown that is located inside of a dilapidated pink house. The fabrics are only very loosely organized by type and the rolls of fabric are just heaped on top of each other. I found it to be a neat place to photograph, with the various colors and textures of the fabrics. My goal was to capture this variety in my photo to make the photo interesting, and document how cluttered, but unique this place is. I also like the repetition of the circles made by the fabric tubes. To create this image. 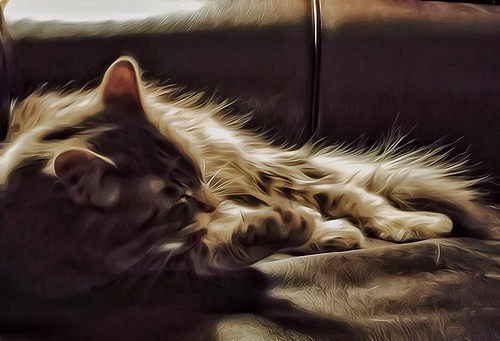 Preparing for Bed by Mike Bowers,

Apps used:  iColorama
Backstory:My wife and I were relaxing on the couch with a glass of wine after putting the kids down for bed. Our cat Georgie hopped up on the other side of the couch and curled up for a little cat nap. Georgie has fur like an angora sweater and the way the light hit and highlighted her fur really caught my eye so I quickly reached for my iPhone and snapped a picture. After looking at the image I decided to accentuate the glow as well as soften the whole image to “sweeten” it. I loaded the image into iColorama and applied a very small brush mask around her eyes, nose, and mouth so that I wouldn’t lose the details when applying effect. I then ran it through the coherence effect (setting 1) twice. Coherence is quickly becoming my goto effect as it typically results in a nice cross between airbrushing and oil painting. You have to be careful to mask out details like eyes and such as they can get lost in the processing though. After coherence I did some minor adjustments to the exposure and contrast to balance things out. Normally I keep tweaking as iColorama has an astonishing array of effects and options, but I was really happy with the image as it was so I saved and posted it.