This week’s Apps Uncovered presents a selection of what I found to be the most compelling images for the week in our Flickr group, across a wide range of styles and subjects – but with one commonality: all feature some blurred elements, or are entirely blurred, as thought the subject is in motion.

This week’s lead artwork, 365_Day 44 Miniaturized People by Karen Axelrad, represents a kind of tilt-shift blur effect that makes the people look like miniaturized figures and not quite real. This technique almost makes the architecture shape of the cathedral look like a model. The power of blur is extraordinary, as you’ll see from the rest of the images in this week’s collection! 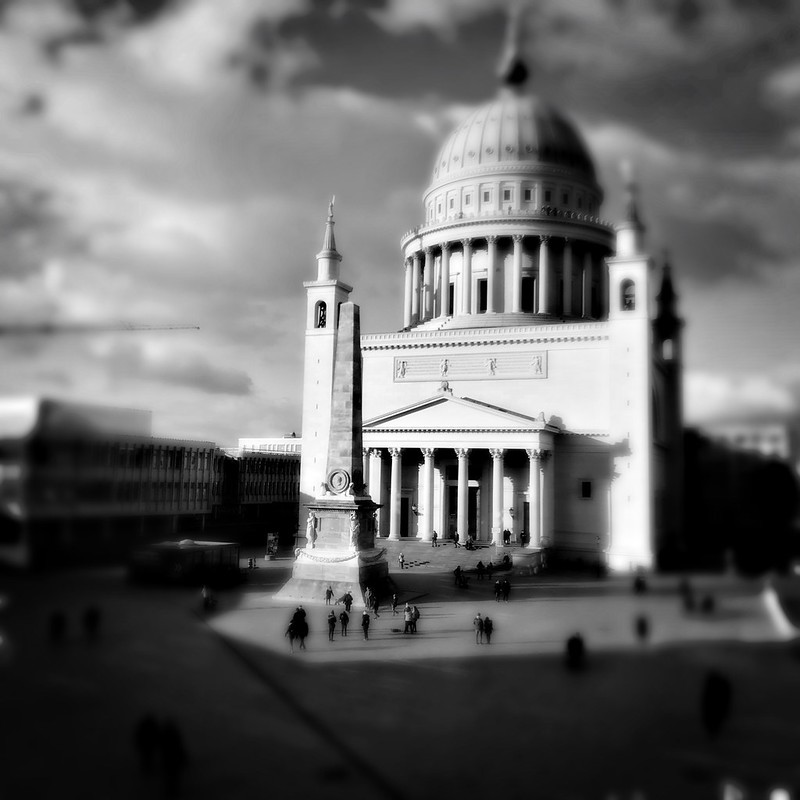 Apps used: Hipstamatic with Tinto 1884 lens and Aristotle film.
Backstory: This photo is from my 365 project using only HIpstamatic with the shuffle function and no post-processing. From the 2nd floor of the Barberini Museum in Potsdam, Germany there is a wonderful view of the plaza below. When I like a viewpoint and I’m using the shuffle function, I’ll often take 3 photos hoping that one of the combinations will give me something I like. The light was wonderful on that day, and this combination created a tilt-shift effect in which the people look like miniatures. 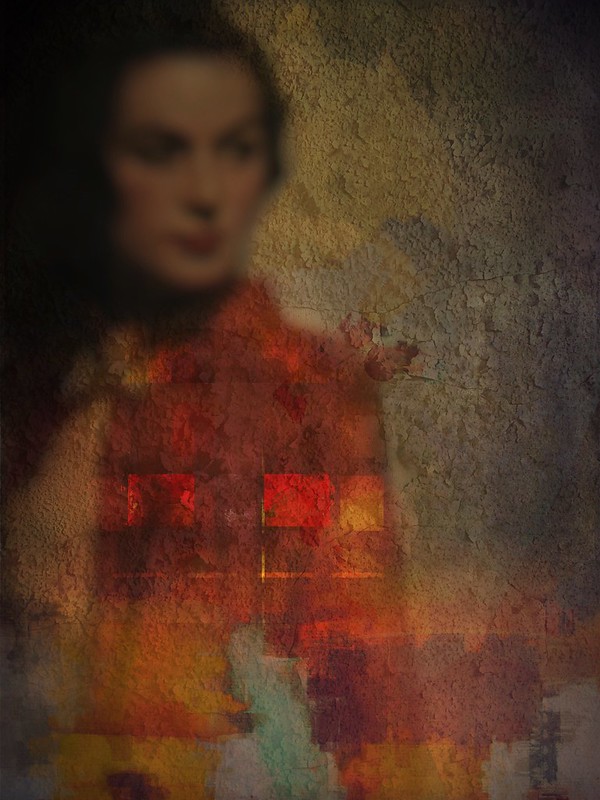 Apps used: Eraser, Snapseed, Hipstamatic, Superimpose, Mextures
Backstory: “Fleeting” is a continuation of my “Thoroughly Modern” series which explores objectified stereotypes of women in vintage ad art and incorporates them in a new narrative as central characters in modern art abstracts. More recent pieces in the series have been paired with a new poetic form employing only 24 words in a staggered line structure.

forgetting our
reason for being here now

you and me
longing
for eternity

App used and backstory: just took the picture with the native photo app of my iphone 7 plus.
It turned to be blurry, I kept it that way and just turned it into black and white. Total accident 🙂 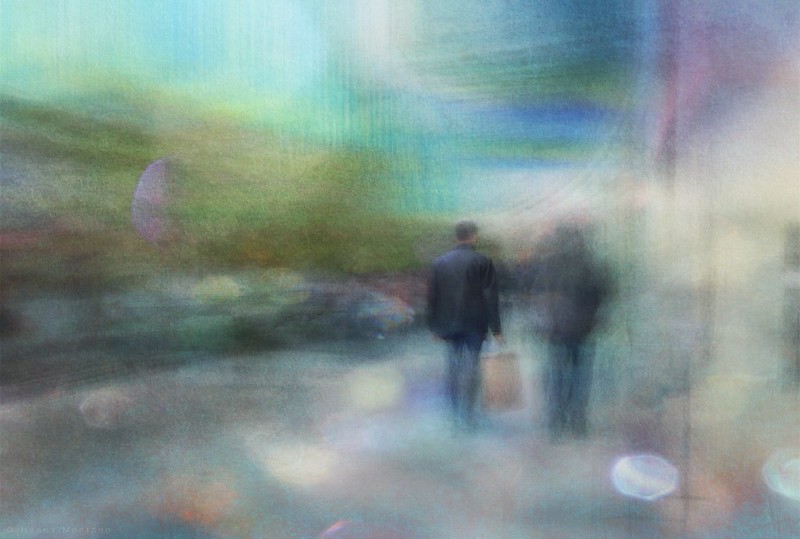 Spring will come 4 by Ile Mont

Apps used: It was taken with the iPhone 7 native camera and worked through Snapseed, iColorama S and DistressedFX and Formulas apps.
Backstory: This image is about that moment in the middle of Winter, when you can actually feel in the air a different, maybe warmer, breeze shyingly blowing. That moment in the cold when you perceive and realize that even the light is changing and everything is getting ready to receive Spring. And then, you start wishful thoughts about a beautiful, better time. 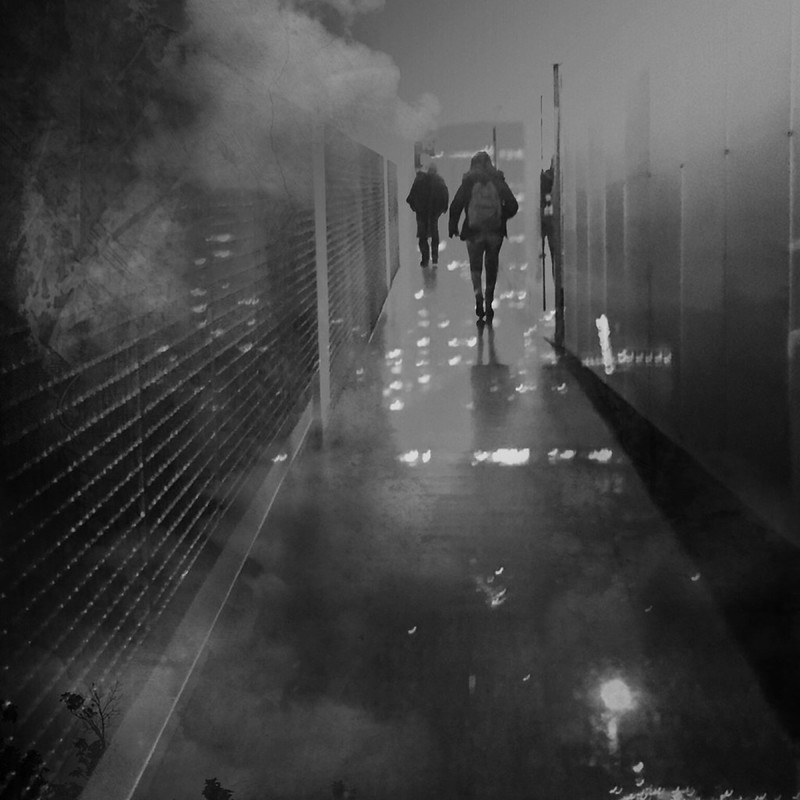 Apps used and backstory: Cityscape 23 is a trans continental photo. The figures were taken in the main library in downtown Seattle Washington. This was combined with a night shot of the Seattle skyline. That in turn was combined with a photo of clouds that I took in Boston Massachusetts. I used the App Diana to composite the photos together. I then used Snapseed to convert the photo to Black and White and make the final adjustments. 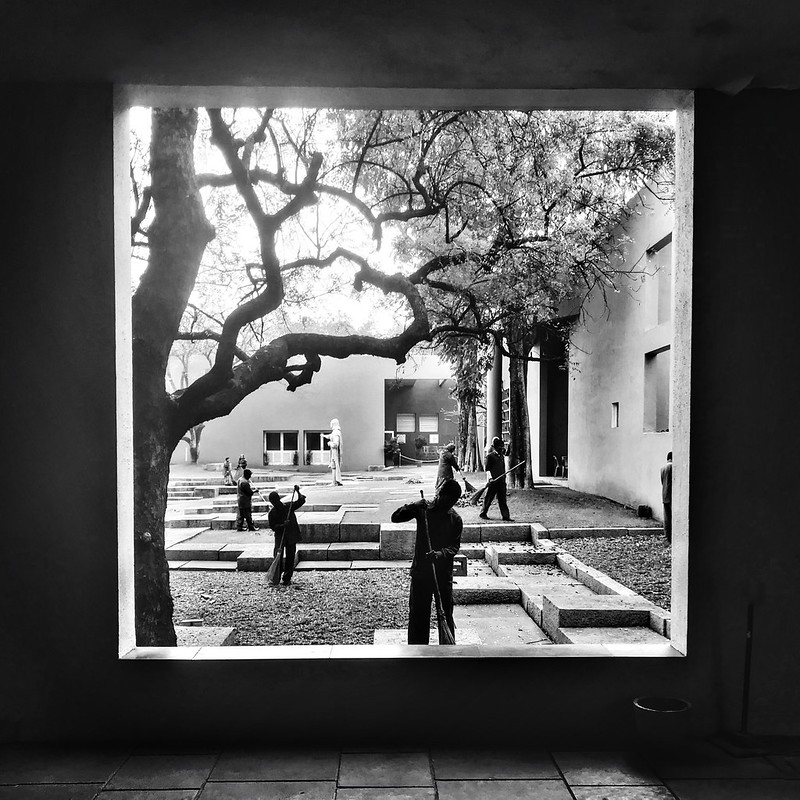 A peak inside by Tomaso Belloni

Apps used: I shot with the iPhone 7plus default app and edited in Snapseednand Hipstamatic (Rudolph lens and Aristotle film).
Backstory: Every morning a group of men and women sweep the yard, where leaves fall every day as they do everywhere in India. I photographed them many times, but as I was making my way to breakfast on that day I saw them through the opening in the wall and the opportunity was perfect. I took four photos before I managed to find them in a good position. The white one in the background is a statue, the others could as well be. 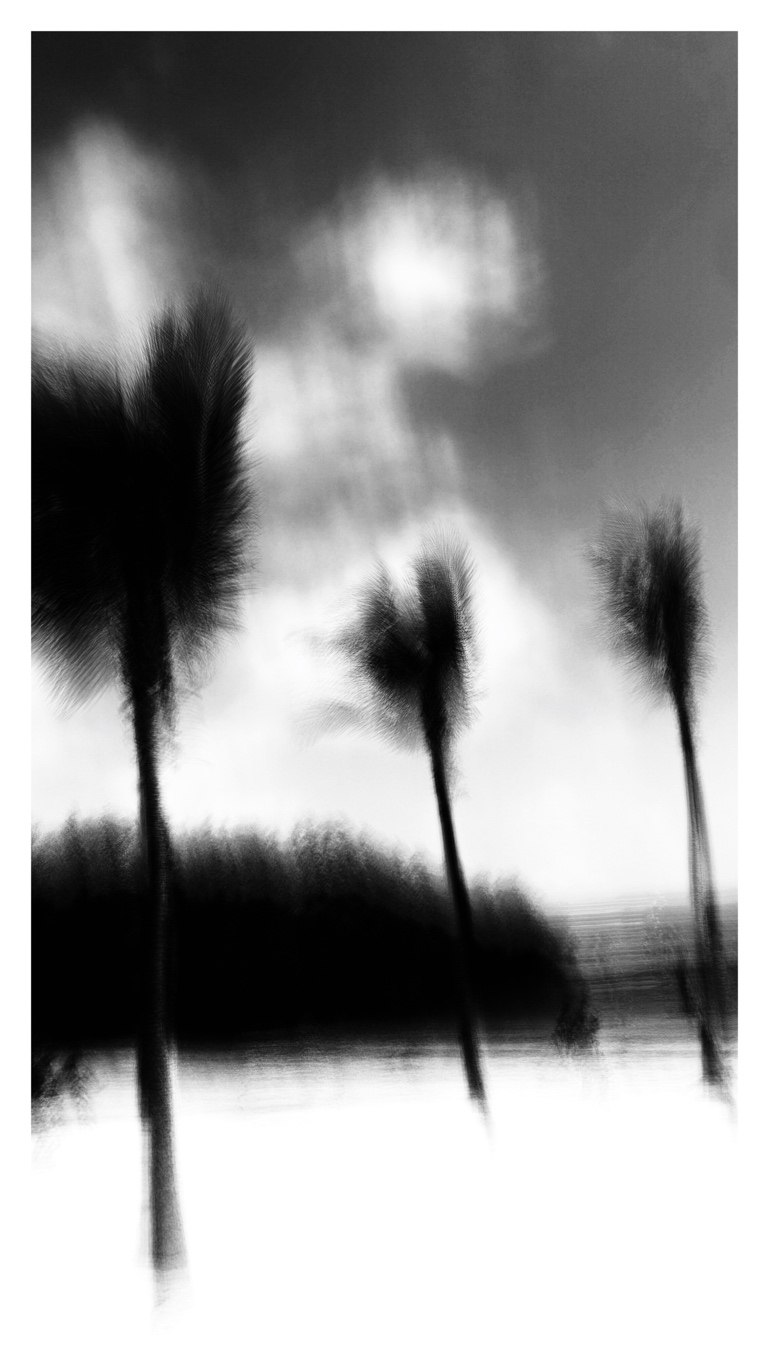 Apps used: I used two apps for this image-Slow Shutter and Snapseed.
Backstory: The objective was wholly artistic, a different perspective of a commonplace setting, in this case a small tropical beach. First, I opened the Slow Shutter app and set the exposure at one second. This allowed the blur during the vertical intentional movement during the exposure. “Save and clear capture”. Now we send the color image (there is no monochrome option) to Snapseed. Open the “Looks” option and you will see a dozen or so renderings, scroll down to “Silhouette” touch and check. We now have a monochrome silhouette that we send to “Tools” for fine tuning and framing. Although the Slow Shutter app renders a somewhat unconventional format I decided not to crop the image due to the accepted limitations of the iphone. 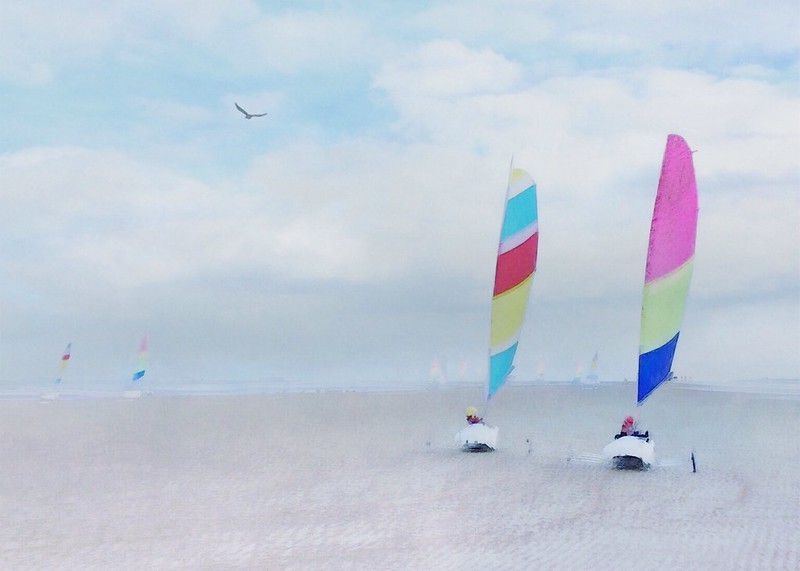 Apps used: Slowshutter to shoot, snapseed Icolorama Stackables and ArtSet
Backstory: I recently went to Normandy. I loved to watch the ballet that was doing the sand yachting 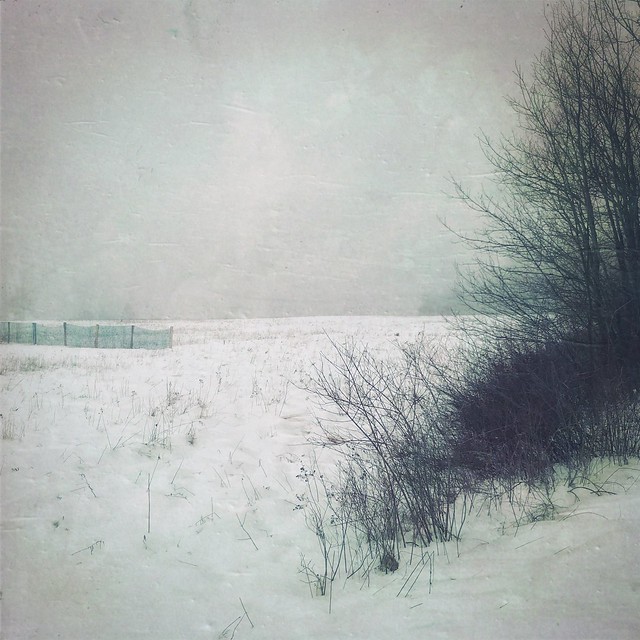 Fog in the field by Lydia Cassatt

Apps used and backstory: I shot and edited this photo with Hipstamatic. It was starting to snow and I wanted to capture the beautiful texture of the trees against the snow and the way the distance was slowly disappearing into the storm.