After happy colour hues last week, we seem to have a upsurge of chromatic iPhoneography shot images in this week’s Apps Uncovered with lead image; the slightly surreal Passersby by Robert Laliberte. It’s mostly black and white this week but I couldn’t resist Clint Cline’s gorgeous colour glitch image provocatively entitled “And whom do you really know.”

Passersby by Robert Laliberte
Apps used: iColorama, Pixelmator, Hipstamatic, Snapseed, Photoshop (frame).  The streaking and image repeats are from iColorama.
Backstory: This was taken at dusk, with light levels that really pushed my iPhone to the limit. I was in the Hirshhorn’s sunken sculpture garden and snapped this at street level. It didn’t come out well, but I liked the scene enough to hang on to it.

Backstory: Taken in the Missouri Botanical Garden, St. Louis.
This is one of my favorite spots within the garden. The windy, autumnal downpour of leaves and the sparkling afternoon light added a sense of drama to the scene.
The two bronze sculptures “Deidre” and “Maura” represent the daughters of Mr. and Mrs. Robert E. Donnelly. The pieces depict the girls in a playful running motion, with the older sibling leading the younger one. The figures of the two sisters were commissioned by the Donnellys when their daughters were 9 and 12 years old. The girls are now in their mid-twenties.
The image is very open to the interpretive imagination. For me,among other things, it is a celebration of youthful innocence ;but it also hints at the bittersweet passage of time; the sculptures, (representing the actual girls ), racing through the Autumn garden, are also racing straight into the inexorable question marks of time and experience. 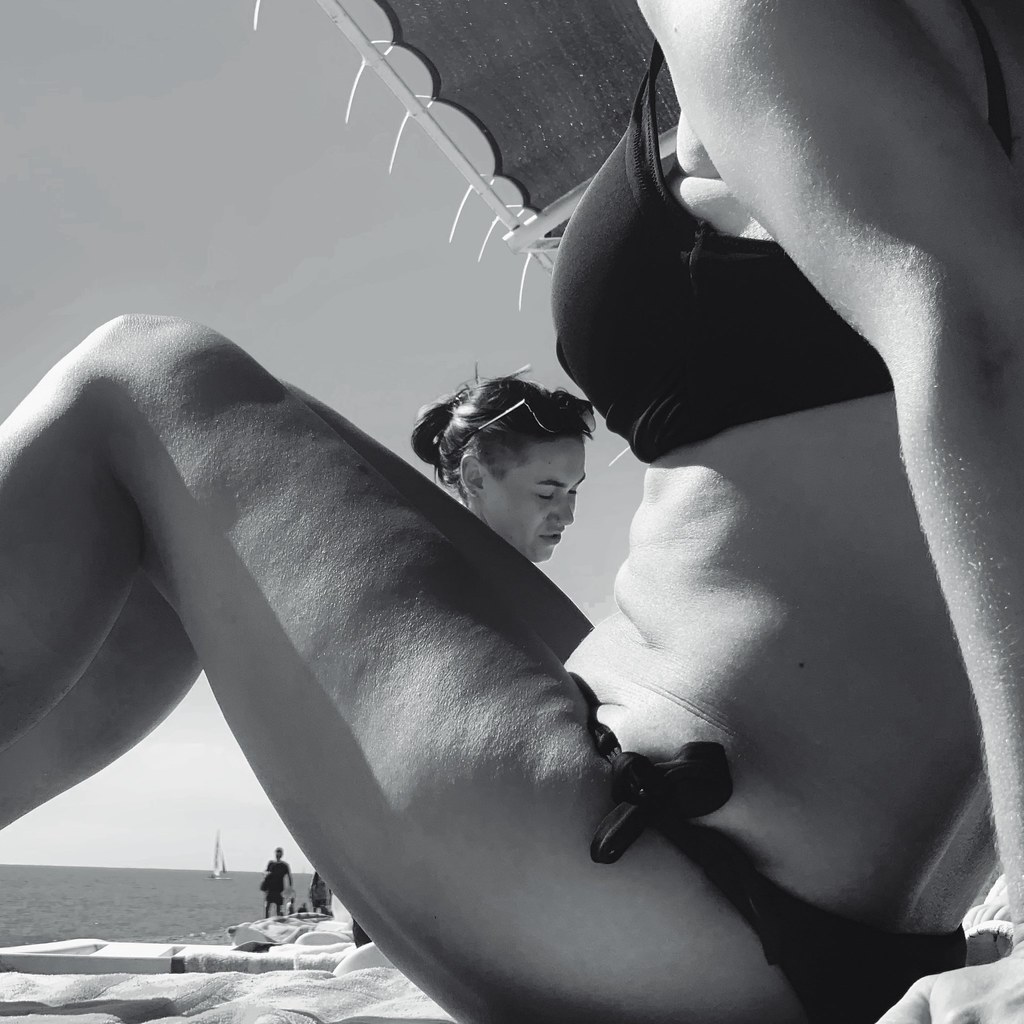 Heads Up 02 by Tuba Korhan (tuba_mobilephotography)
Apps used and Backstory: I captured this photo candidly using my iWatch as a remote of my iPhone’s native camera. I realize the odd position of the ladies who are sitting and chatting next to me while I was at the beach and sunbathing. I positioned my phone at my side, using my iWatch as a remote I tried to capture the same compositon when I first spotted them. Then I edit it on Snapseed app.

Apps used: Leonardo, SuperimposeX, iColorama et TouchRetouch.
Backstory: I often take pictures during my visit to an exhibition. I was fascinated by this very elegant young man who was walking in front of me. For the background, I used the mirror effect of Leonardo on one of the walls of the gallery. Then, in IColorama, the Simplify tool make the whole thing more shimmering. TouchRetouch allowed me to fix everything easily.s.

In the fast lane by Southfield Photos
Apps used and Backstory:
The image was shot on my way to work from the backseat of a work colleague’s car with an iPhone 11 Pro Max on the night mode setting in the stock camera app, only editing done is cropping with the Photos for iOS app. 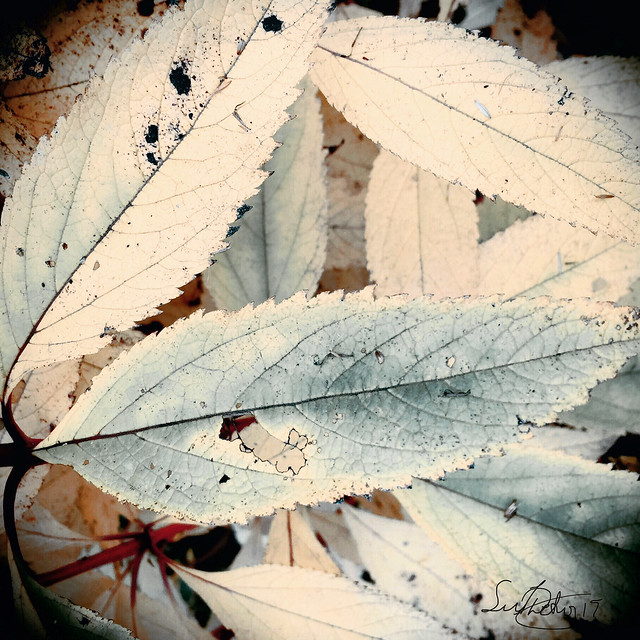 Backstory: As fall came to my yard and garden I was inspired by the colors of the tree and plant leaves. I was particularly drawn to the shape and color of the leaves on this Joe-pye-weed plant. I was watching the plant this year as it was the first year it was in full height and bloom. A friend had given me a root clump after I commented on the number of bees on her plant. I was happy mine was living up to my hopes in the summer with tall and wonderful flowers and lots of bees. As the plant changed and it was fall I was taking outdoor breaks walking around my yard. Then with a drier than usual October, I could see the leaves were great photo subjects. I was attracted by the shape and pale colors. I used the Hipstamatic camera app capturing the original image. I made adjustments on my iPad in the Photo app, then I posted to Instagram where I used an Instagram filter and Instagram editing tools. 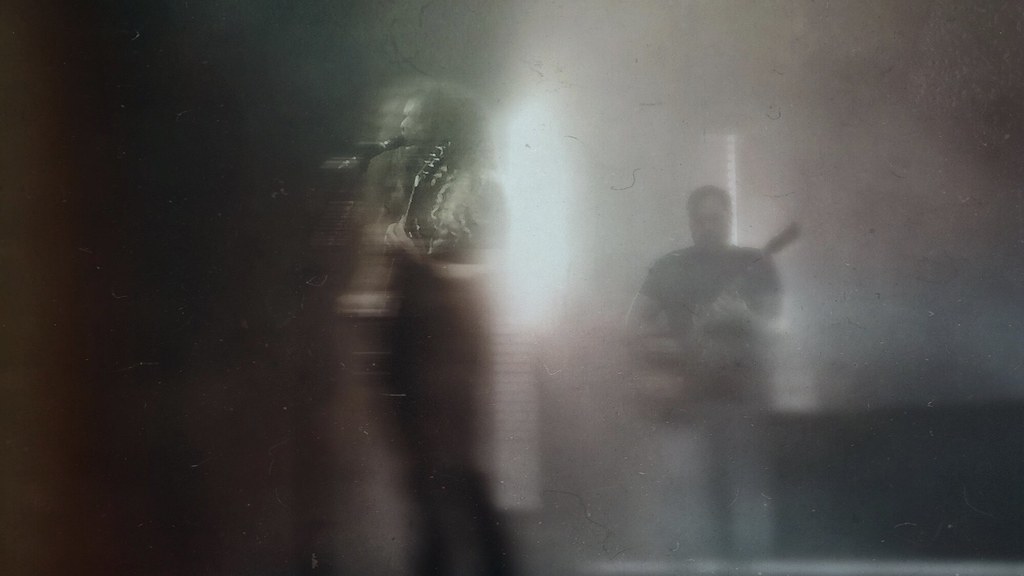 we’ll soon find out who we are when all goes dark… by columnsovsleep
App used:  Gitche App – motion effect.
Tintype – blur and plate grain
Mextures – (formula code ZXFEVAY) for grit, grain, light leaks, and film.
Backstory: I was fortunate enough to see the band Coheed and Cambria again with my son this past August. I felt like such a “cool dad” taking him. Hopefully he’ll look back and cherish that time as much as I did. 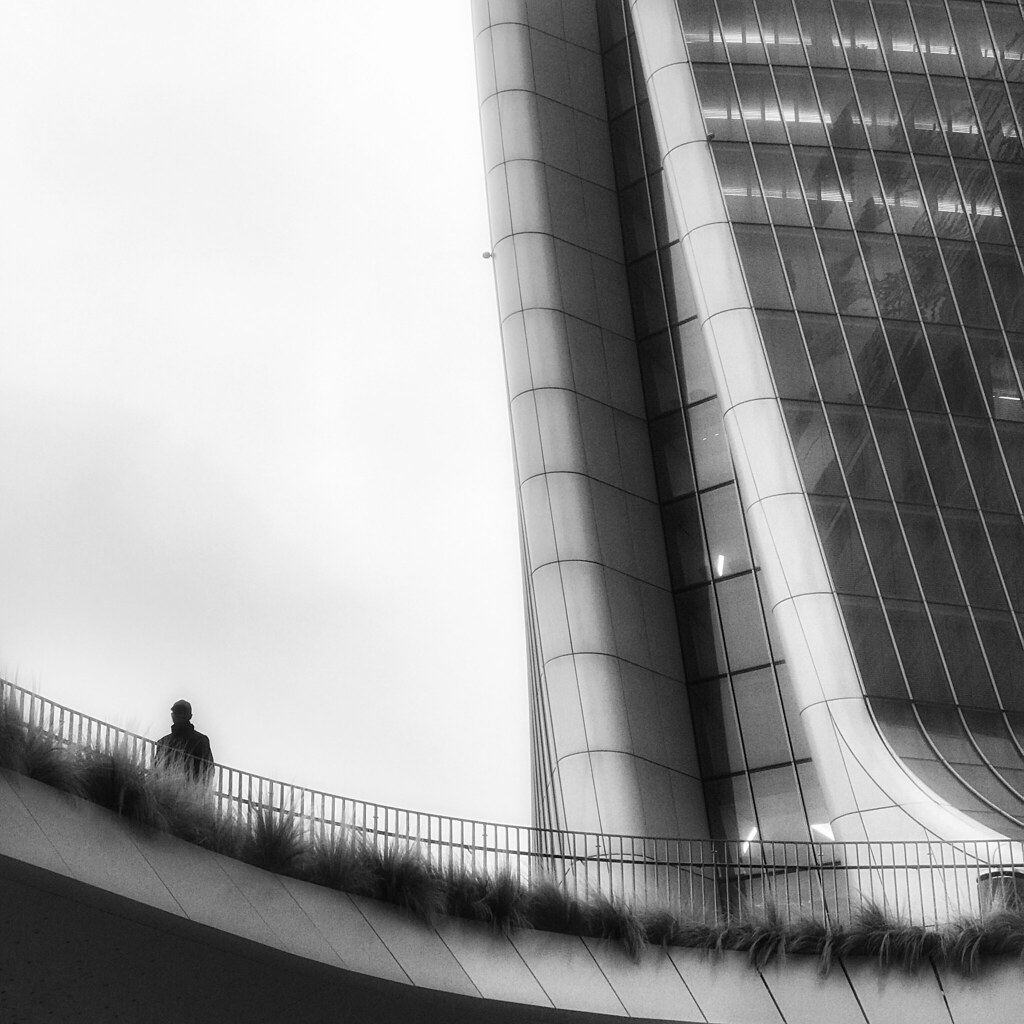 The last one by Tomaso Belloni

Apps used: I shot with the default camera app on an iPhone 7plus and edited with Snapseed.

Backstory: The citylife in Milan is always inspiring. Even on a rainy day. Even while walking fast with an 8yo. The place was crowded, but it is always possible to find frames with few people. I liked the soft gloomy look and the plants that introduce a non-geometric aspect. 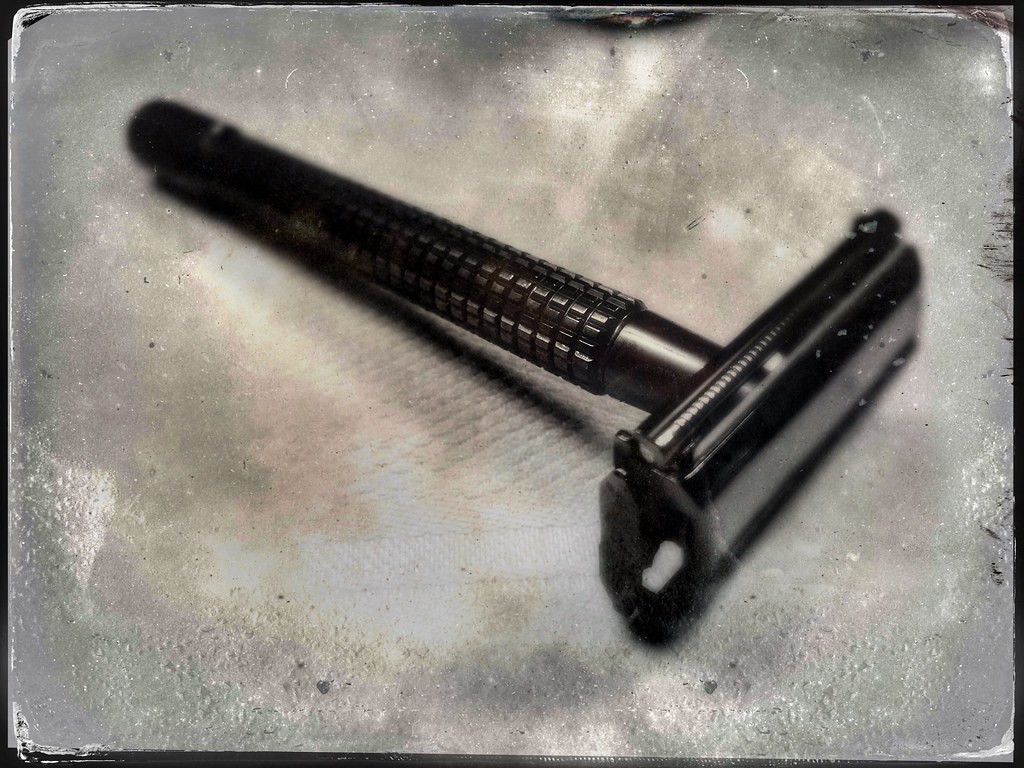 Old is new by Dragan Fly
Apps used & Backstory: iP6s using the TinType app. I recently gave up on the multi-blade shave tool and now use this modern version of an old technology. It delivers an amazing shave.

Century Plant with Cacti by David DeNagel
Apps used: Shot on an iPhone 11 Pro, standard lens. All post processing was done within the native IOS 13 Photos app; I used the noir black & white film preset.
Backstory: This image was taken in a greenhouse in the Missouri Botanical Garden, in St. Louis.The image is comprised of shadow patterns, alternating darks and lights and a variety of textures. The broad, prickly forms of the Century plant juxtaposed against the high contrast cacti makes for an intriguing combination. 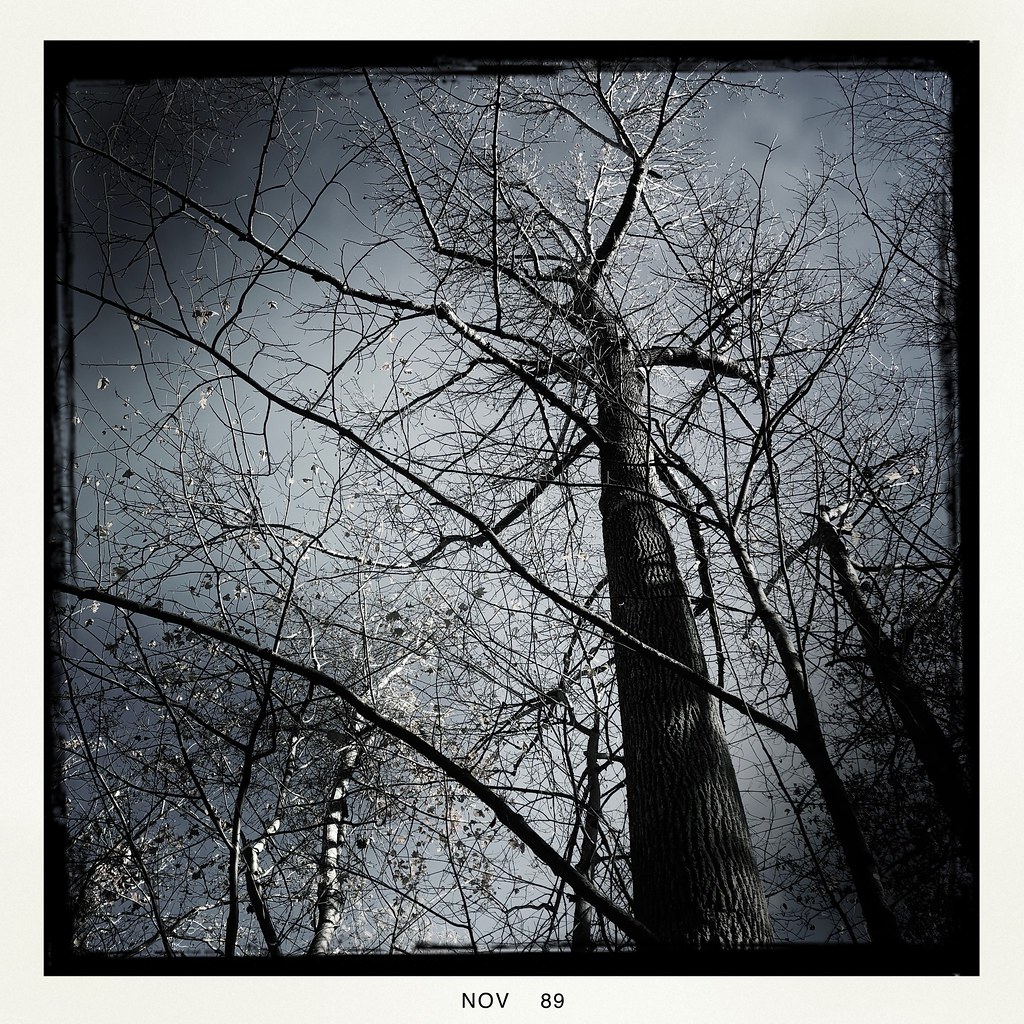 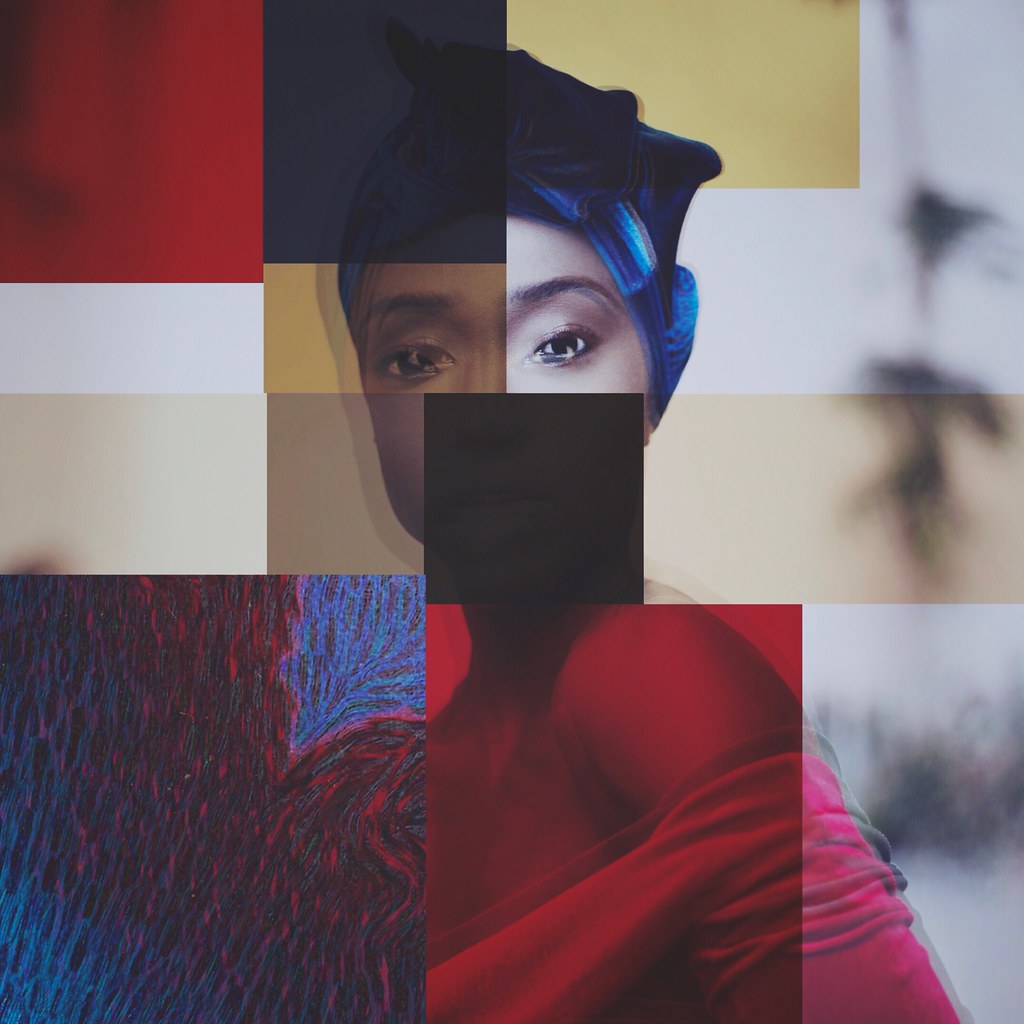 And whom do you really know by Clint Cline
From the series: Bedtime Stories for my Dogs.

Backstory: This is one of a continuing series exploring geometric abstract and portraiture. I was quite struck by a image Carlos Vaz made available through Unsplash, its rich red and blue especially. In Snapseed I did some tonal adjustments, then took it into to Nova to create a monochromatic version which I’d used to simulate the double exposure. In Brushstroke I produced a version of a separate abstract image, then adjusting the color in Snapseed to complement the original red/blue of the portrait. I then overlaid that to the portrait and began building the final image’s geometry with translucent blocks of color and highlighting the eyes.