This week’s lead artwork is an intriguing shot by Pier Luigi Dodi that veils more than it reveals – a little like many of the other pieces in this week’s set of selections. There’s something intriguing about something not quite visible, not quite discernable – somehow, not revealed fully to us. 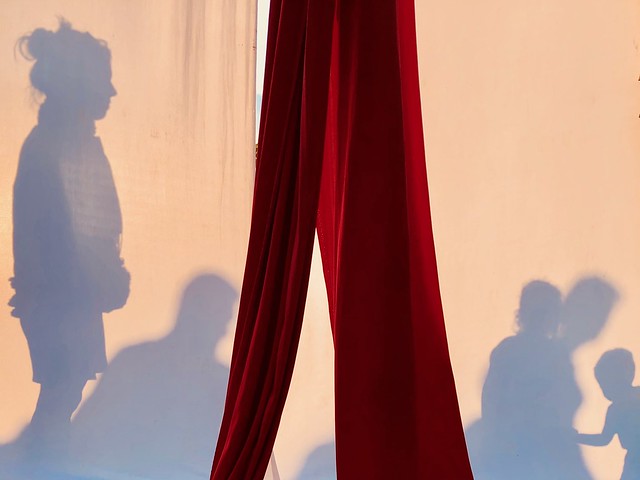 Apps used: I shot it with my iPhone 8 Plus and processed in Snapseed. 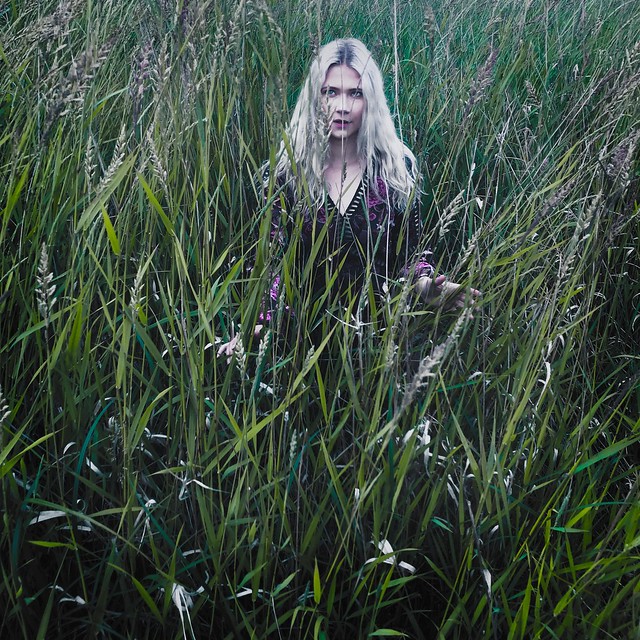 Apps used and backstory: This image was taken as part of a 24-hour photo project through our local Seattle area photographic center. My daughter and I teamed up – her as the model and me as the photographer – to create some unusual portraiture in a wetland boardwalk area near my home. We wanted to capture her in the grass, which was moving with the wind. This particular shot caught her eyes and velvet dress beautifully. The image is pure Hipstamatic, no additional editing. Takashi lens, Vientiane film, Jolly Rainbow 2X flash. 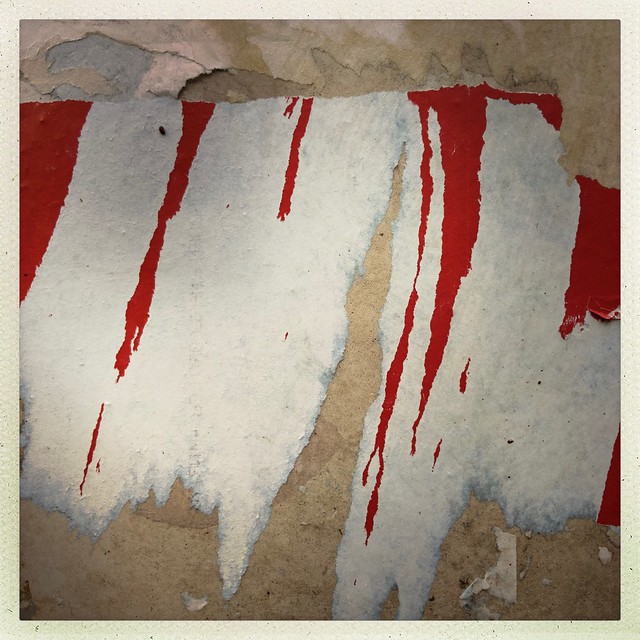 Apps used: I made it with the Hipstamatic App on iPhone 7 using Jane for Lense, Ina’s 1982 Film and Triple Crown for Flash Lights.
Backstory: I like to take pictures of rest advertising shown on several places. With typograpphy or here shown parts of colours and paper. Beginning – end – new beginning. Somehow mysterious. 🙂 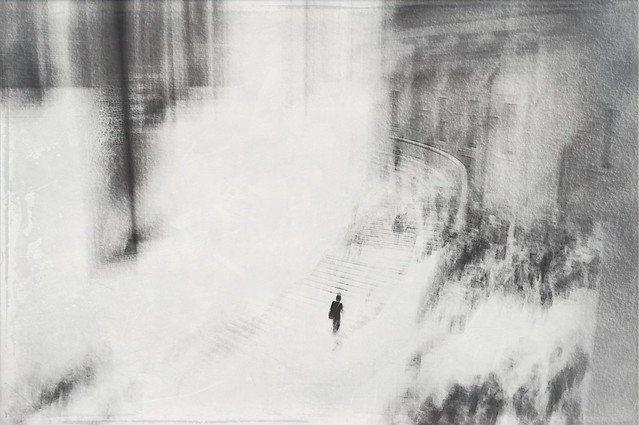 From Another View 5 by Ile Mont

Apps used and backstory: This picture was taken with an iPhone X native camera and worked through several apps such as Snapseed, iColorama S and Formulas. It is part of a black and white series about the relationship of the human figure and space and movement. It is also a reflection about solitude in a crowded world 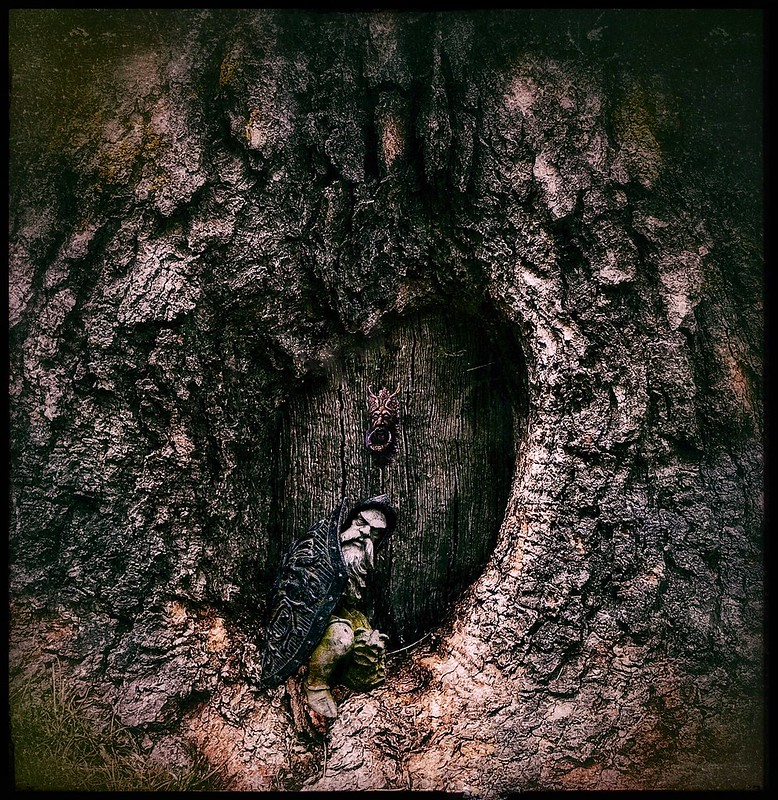 THE SEEKER by aka Tman

Apps used and backstory: Juxtaposer Pixabay Snapseed. Backstory: Three images were used, two of my own, a tree and a door knocker, the “knight” courtesy of Pixabay. When I took the pic of the tree anomaly I had other visions than the one here (yet to be revealed). It was while viewing on flickr that I noticed a group challenge about doors, that gave me the idea.

Juxtaposer is my go to app for layering, placement and sizing up. I did contemplate just the knocker being added but felt it lacked something, so off to Pixabay in search of a Knight. I had Monty Pythons Holy Grail in mind as I created my vision. That something was the unique character I found and placed outside the door, not leaving but waiting for it to be opened. A few adjustments with blend modes, then over to Snapseed for the final touches. To give it a look of age and mystery I used the Grundge, Vintage, Details and Tune Image adjustments for the final touches of The Seeker. 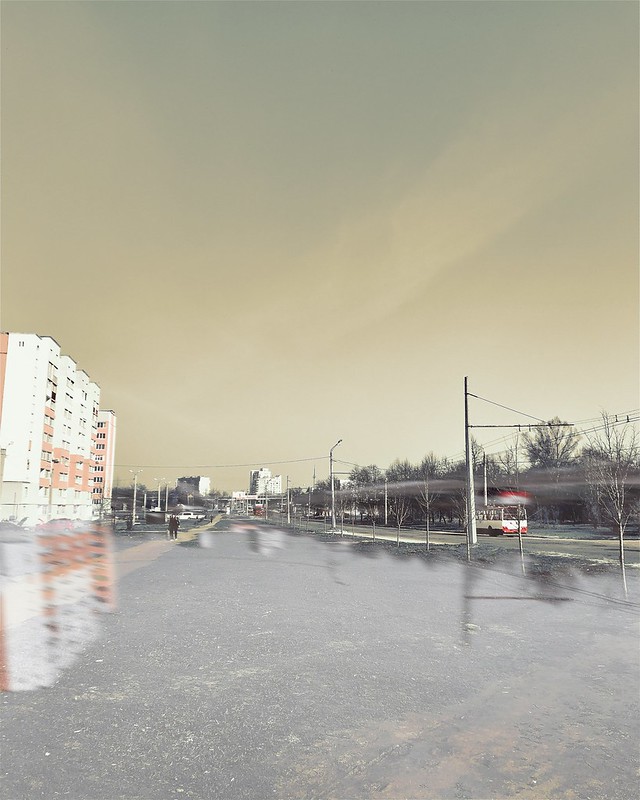 Apps used and backstory: The shot was taken with Camera+ iOS app on iPhone 7 Plus, then edited in ColorAccent iOS app (splashes of red), and finally in Hipstamatic, using “Elijah” lens, “Runway” film and “Laser Lemon Gel” flash. This year we had a very long winter, and even in the end of April there were tons of snow outside. So, when the first days of real spring finally came, I started taking photos with exceptional anxiety. This pic was just one of many, but when during edition I found that motive with “reflection”, I felt that this was it! 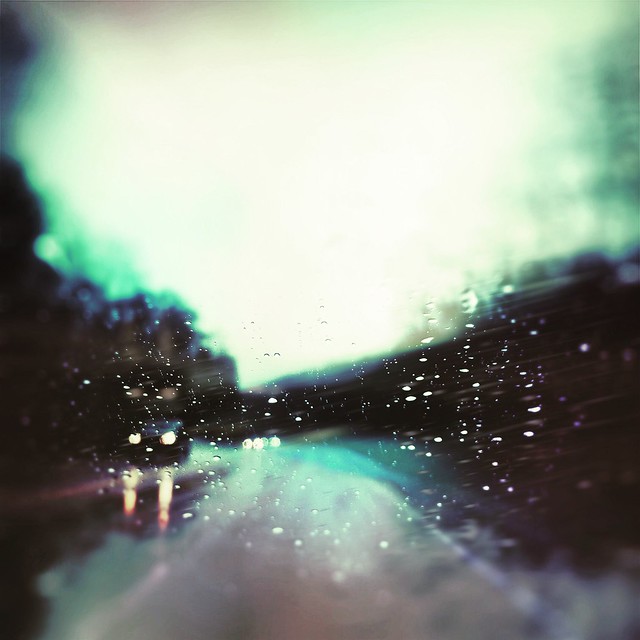 Apps Used: Hipstamatic, Afterlight and Mextures
Backstory: The pic was taken on a very rainy Pennsylvania day. This spring there’s been many! Most of the effect was done in Hipstamatic, which provided the smudged look. I then just made some minor tweaks to color and grain using the other two apps. Quite a simple process and fast edit for me. I have to give most credit to Mother Nature if I’m honest, I was just there to capture it. 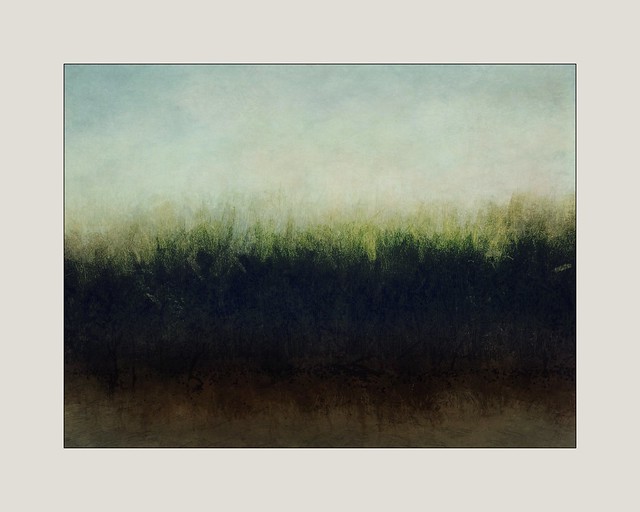 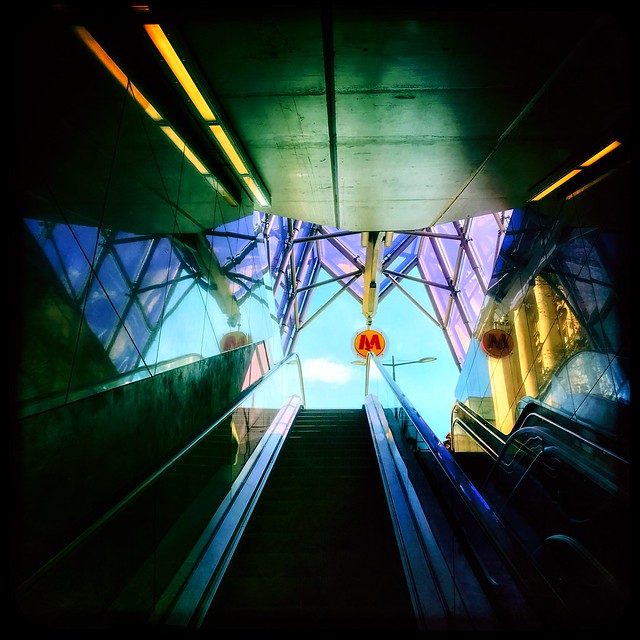 Going beyond by Tomaso Belloni

Apps used: I shot with the iPhone 7plus default camera app, edited first in Snapseed then in Hipstamatic (John S Lens, Love 81 Film and Apollo Flash).
Backstory: I had seen that metro stop in the center of Warsaw during my previous visit a few years ago, without being able to take a good shot. This year I went back and realized that the trick was to shoot from the inside. The light was perfect. 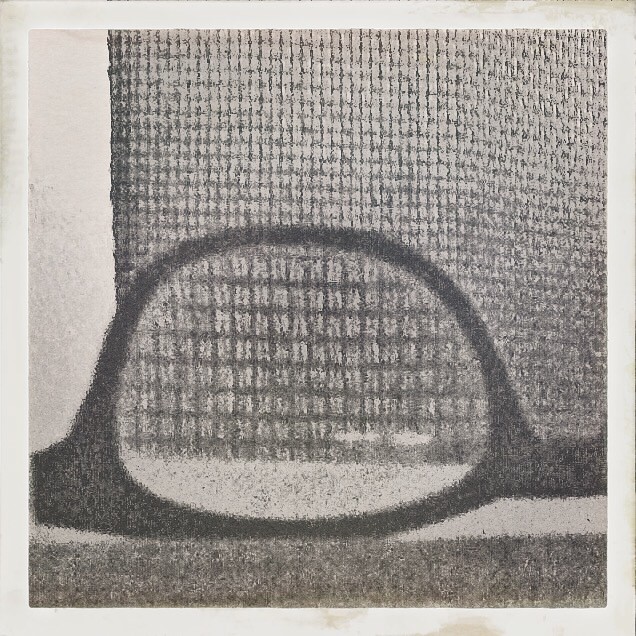 More will be revealed by Caroline Oades

Apps used: iPhone5s | Hipstamatic (edit suite) | Diego lens | Uchitel20 film | standard flash
Backstory: Sometimes (more often than I care to admit!), I get things out of perspective. On closer inspection, with a new pair of glasses or fresh eyes as it were, more is revealed… Very often it seems I’m quite wrong and things are different from how they seemed 🙂