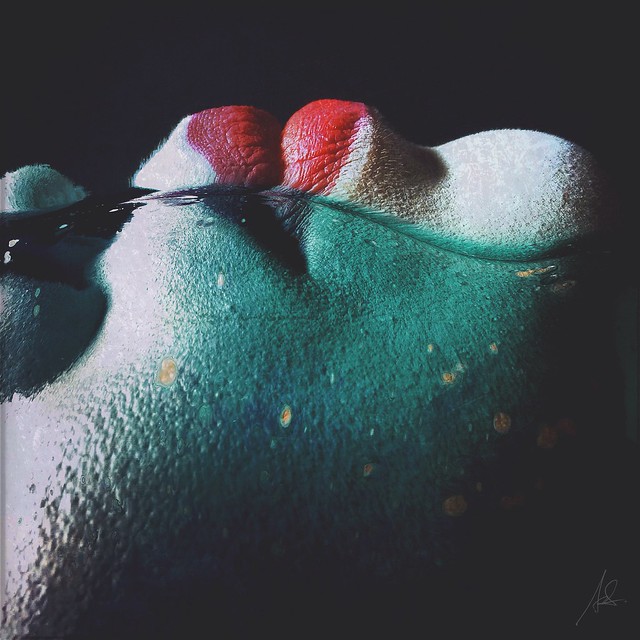 Apps used: The image was shot using iphone6 native camera and processed using camerabag and Snapseed. The photo is of my girlfriend and son relaxing in the park.

Backstory: This photo was shot on my family’s farm in the early evening. I used the hipstamatic app to get a high quality picture and edited it for a soft definition and color toning with snapspeed. I used icolorama and selected the light preset and reduced the opacity to give a very soft evening glow and finished my editing in the Mextures app. I have several presets created in the mextures app for using on photos. Thanks Bob for allowing me to share my work with this community. 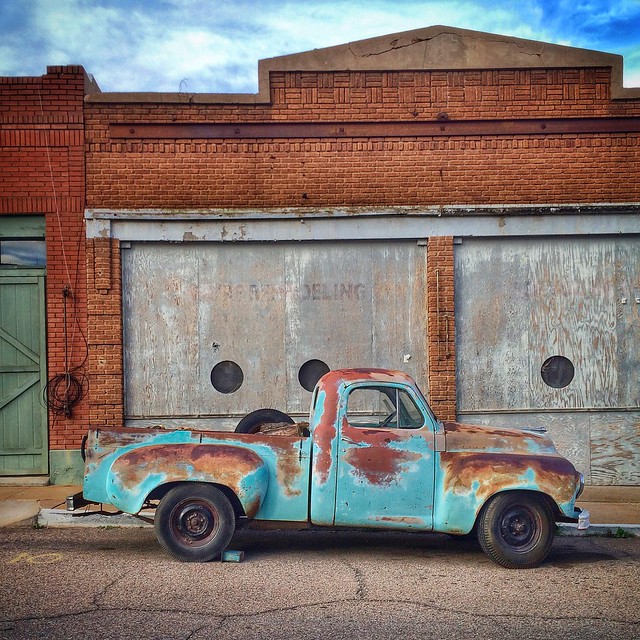 Backstory: In the mile-high Victorian mining town of Bisbee, in the Mule Mountains not far from the AZ-Mexico border, Erie Street is a gem of Americana streetscape–old façades and old cars line this little street that ends at the giant open-pit mine that gave birth to this town in the 19th century.

A few days in Northumberland 1 by Dani Salvadori

Backstory: I took this photo on the cliff top walk from the small village of Craster to Dunstanburgh Castle – which you can just see in the distance – in the north-eastern English county of Northumberland. England’s north-east coast has a very particular silvery light with wide views over the North Sea. This is one of a series I took in Easter week to celebrate the timeless nature of the English seaside holiday. Beloved of old and young, a true English seaside holiday involves castles and beaches; ice cream and wrapping up warm when the north wind blows. When the sun shines there is almost nowhere more beautiful, however. The Oggl combination of Ray Mark 2 and Manneken brought out the subtle colours and the ageless nature of the scene. I also loved the fact that the lady’s jacket matches the sky just so! 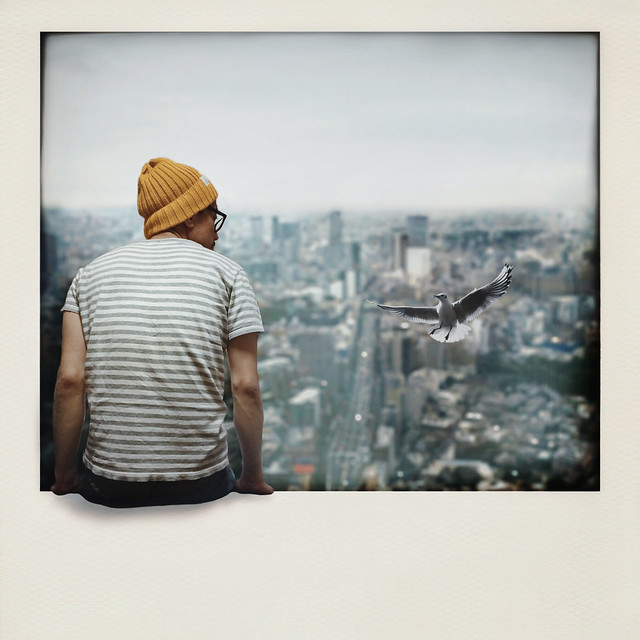 Backstory: The process of this series almost edited it with the layer tool in art studio. Rather than editing the pictures, to create a photo story itself. Though it seems to be drawing a one page of picture book, I am enjoying drawing my stories. 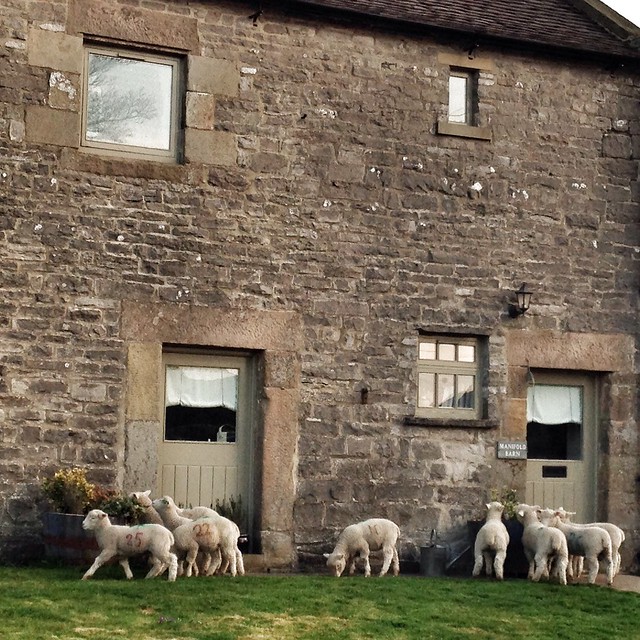 App used: Minimal editing in snapseed, which i tend to use for all of my image editing.

Backstory: This was taken early one morning about half an hour after sunrise, it was taken on the standard camera on the iPhone 5, which is unusual for me because i normally use hipstamatic.

Apps used: IPhone 5s with ProCamera and edited in Snapseed, Leonardo and Stackables.

Backstory: I took this photo at sunset on one of my random walks on the hills around Pisa,Tuscany. 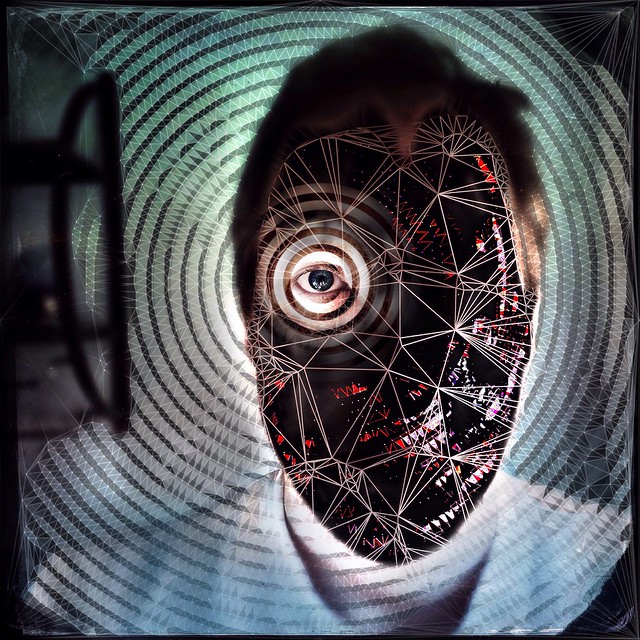 Impression of Self No.7 (You have a great eye!) by David Rondeau

Backstory: When I made this, I hadn’t been intending to make a self portrait, it just kind of happened. This is a bit strange for me because I’m a very private and introverted person. Even stranger that I’ve done a bunch of self portraits since then—enough to make it the focus of my next series.This started as a self portrait shot with Hipstamatic, to which I added circles from Tangent using Blender. I ran that through Trimaginator twice. Once to get the lines for the face and another to focus on the circles. I blended and masked those together and then blended in the original eye with circles and then the original eye. Some final adjustments were made in Snapseed.

I’m always trying out new photo editing apps. For me, a good app should allow you to do something new—just like buying a new brush or trying a new technique if you’re a painter. So I participate in groups that challenge you to use a new app every week, like Dogsitter’s App Circus on Facebook.

I was playing around with Trimaginator on different types of images, to see what it could do. As soon as I applied it to one of my recent self-portraits, I knew exactly what I wanted the image to convey.

I’ve always been fascinated by eyes, and of course by concepts related to “vision”, “seeing”, and the “eye” of the artist. The angular lines of Trimaginator coupled with circular lines of Tangent were a great way to represent light. When an artist sees the world, they process light. Their “vision” turns the particles and the waves of light into something new. The power of the artist is in their eye, in the way they see the world, and their ability to represent that “vision” somehow. The artist is their “eye”.

This is a bit of a departure from most of my photography, but interestingly, it’s not for my self-portraits. I’m a private and fairly introverted person, so I tend to be much more experimental with my self-portraits because I don’t really want you to see my face. I’m also much more interested in exploring the concept of “me” than I am in exploring what I look like. And what better way to do this than to experiment with vision—mine and my viewer’s.