This week’s Apps Uncovered presents a selection of images posted in our Flickr group over thelast week, reflecting a wide range of styles and subjects. It’s always a pleasure to see new interpretations of old themes, and entirely new artists surfacing in the group. I hope this week’s selection finds everyone well and enjoying the holiday season!

This week’s lead artwork, “the golden hour” by Debara Spendorio, evokes an early morning/late afternoon moment on a stretch of beach in Florida – but with with a figure in the most intriguing garb, and near-perfect lighting and color complementing the color of the water, sky and shore.

Apps used and Backstory: I vacation on Sanibel Island, Florida every December. The island attracts visitors from around the world, partly because of the abundance of sea shells and the spectacular sunrises and sunsets. The island is situated in the Gulf of Mexico from east to west.

On my first sunset beach walk I saw this woman taking pictures with a camera. I knew she was Mennonite by her simple patterned blue dress and small transparent head covering, plus she was using technology, a camera. There was a slight breeze and I could see the fabric of her long dress moving as she walked. That’s when I decided to capture the movement, and create an intimate photo that would show what she was doing, rather than who she was.

I used the Camera + app instead of the native camera on my iPhone 6S. The manual control of focus, exposure and shutter speed always gives a more enhanced image.

I made several versions of this shot, and this simple edit is my favorite. I started with the Snapseed app to make lighting adjustments. iColorama next to bring out the details of her dress and soften the background. At this point it started to look and feel like a fashion shot with the dress the star of the show. I would normally add texture for mood, and resisted on this version.

Lastly, I took it through the Hipstamatic app to increase the saturation of the golden glow of sunset.

Apps used: iphone7 using Camera+, Snapseed, DistressedFX (cole texture)
Backstory: When I was visiting my granddaughter last week I wanted to get a few pictures of her. So I sat on the couch behind her and waited for her to turn around, but she was watching TV and didn’t turn around, so I took a few of her looking away and removed the TV. 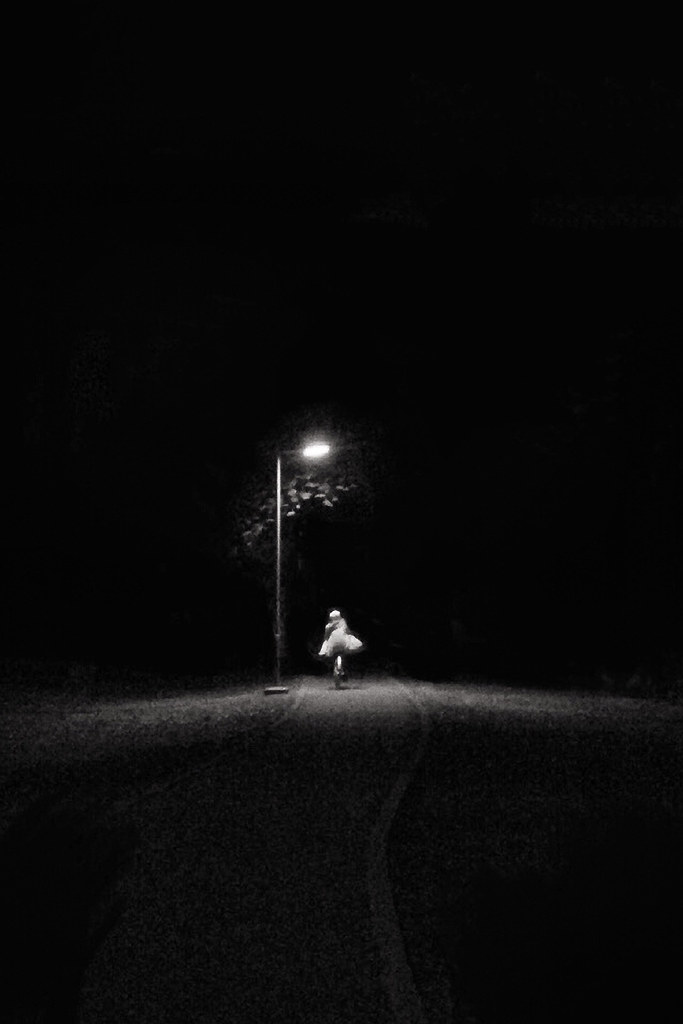 through the night by jun yamaguchi

Apps used and backstory: I am constantly chasing light, and using it to enhance the shapes and curves of my female form in an artful way. Natural light is what sparks most of my ideas.
I set up my tripod and iPhone on a side table, after I positioned the chair in the light/shadows just where I want it. I then use the self timer on the camera and get into position. I do this several times until I get the image I am looking for. I edited this particular one in Lightroom Mobile, my #1 “Go-To” app when editing on my mobile phone.

We’re All Light by Suzanne Paras

Apps used: Shot on iPhone 7 + and some slight cropping and levels adjustments made in Snapseed.
Backstory: just stumbled upon this sunbeam while working in my yard. Love how the slice of light mirrors the yucca. I also like the slightly lit stucco on the left side.

head in the clouds by dieuwke geervliet 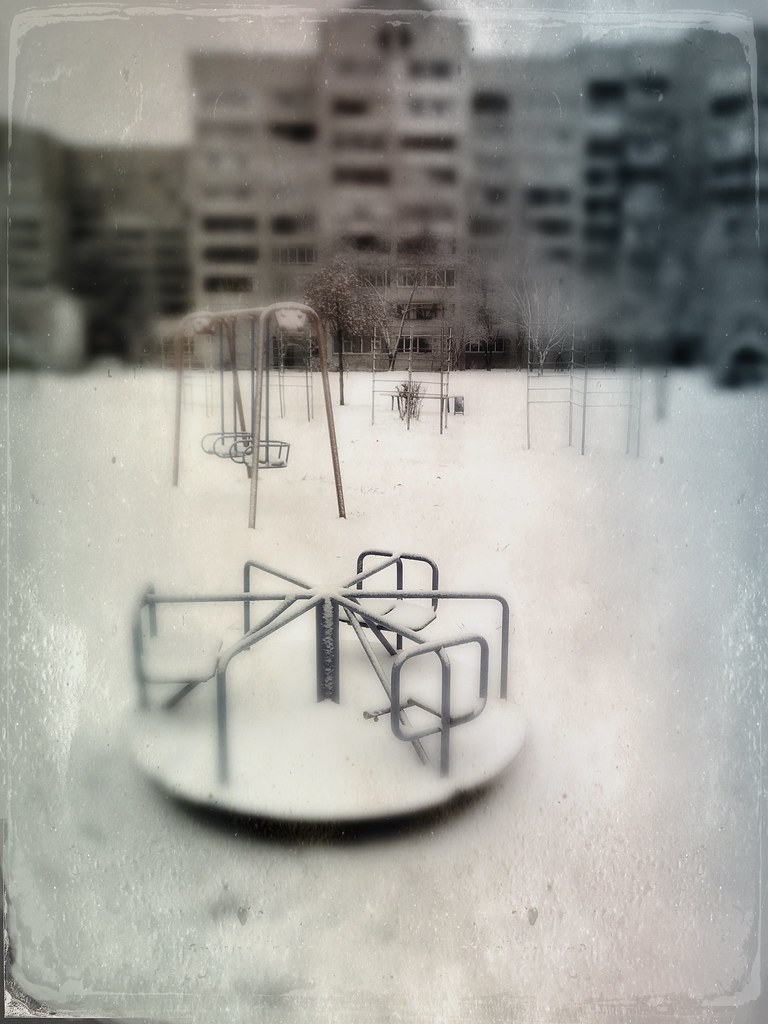 Apps used: Tintype by Hipstamatic and Recrop
Backstory: The day after this year’s first snow, I took a walk. Everything around me was so quiet and white, and I tried to express this mood while editing the shot. I chose Tintype for this, as I believed it would work perfectly here. 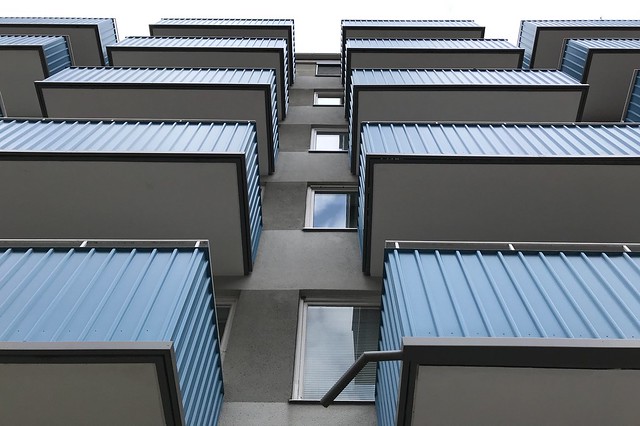 Apps used and backstory: I used my iPhone 7 with the Camera+ App. The picture was taken on a walk at lunch break, looking for subjects and perspectives that I didn’t “see” before.
Having started with photography rather late in my life (I am 60), I found it quite hard to point at something “as boring as a house” or similar stuff, but when I finally had started out, I suddenly found it exciting and not at all boring anymore. 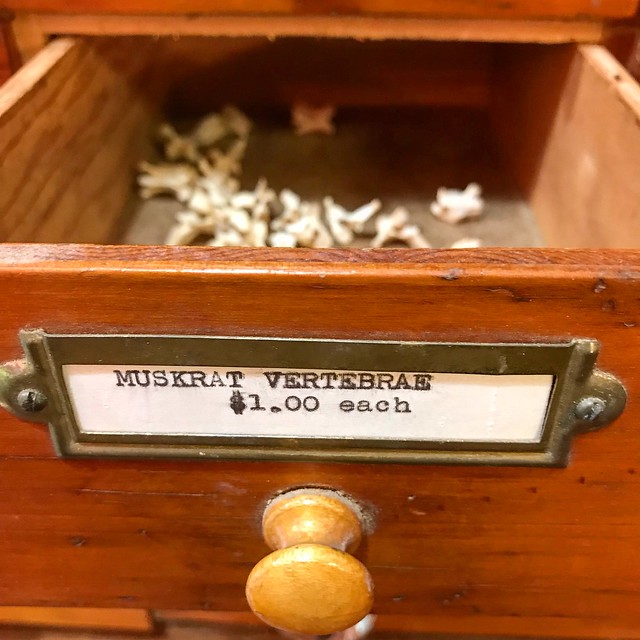 For all of your muskrat vertebrae needs . . . by Brad Kelly

Apps used: Shot on iPhone 7+. Cropped and lightly edited for contrast and a touch of the Ludwig filter in Instagram.
Backstory: There is an interesting curio and antique shop on the outskirts of Union Square in Somerville, MA called Memory Hole Vintage.
You never know what you’ll come across when you browse a shelf or open a drawer. In this case we’ve discovered a drawer of muskrat vertebrae at the bargain price of $1 each. Perfect for all those on your holiday shopping list. What actually do you do with bargain muskrat vertebrae? The cashier enthusiastically mentioned they were great for necklaces and earrings. So there you go. 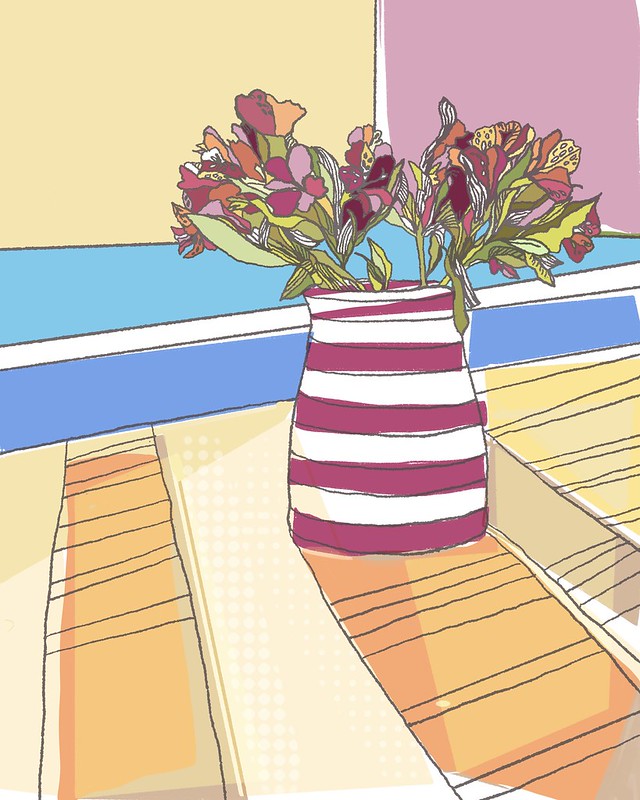 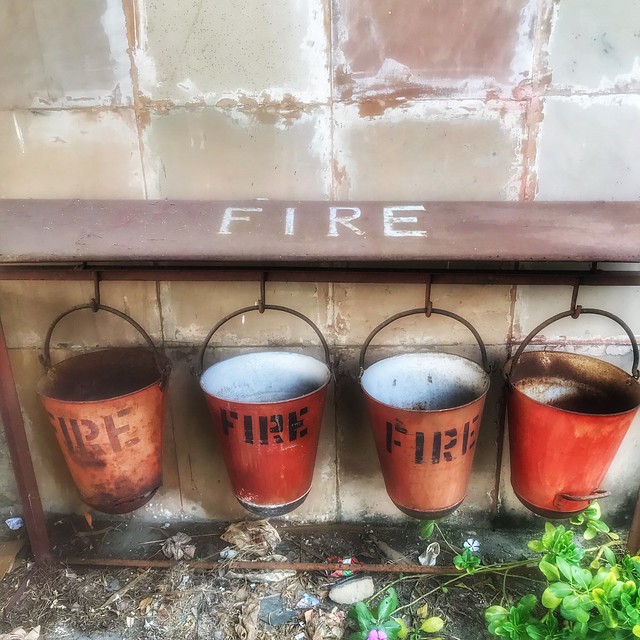 App used: I shot with the iPhone 7plus default camera app and edited in Snapseed.
Backstory: It was impossible not to notice this arrangement for fire fighting outside the main building of a research institute in Kolkata, India. The rightmost bucket does not have a label, breaking the symmetry.

Apps used and backstory: This was shot on my iPhone, using the native camera. I brought it into Snapseed for some cropping and some minor levels adjustments. I recently caught these shadows while walking alongside the Pasadena Convention Center one morning—I was taken with how large the shadows were and even more so by the palms that casted them.