Welcome to this week’s Apps Uncovered, our weekly feature, showcasing iPhone art and photography from around the world. This week there has been some excellent use of the some of the more painterly apps notably iColorama – the trick is not to overdo the painterly apps, much better understated and wisely used as demonstrated by Catherine Haslor in her delightful image “The Kiss” well deserving of the lead spot this week. iColorama – by the way – is a fabulous app that has a huge variety of phenomenal filters,effects, brushes and all sorts of app-toys. On holiday soon, I will be exploring this app a lot more. I hope you enjoy the rest of our painterly gallery combined with some fabulous creative photography. Thank you all for sharing your wonderful images on our iPC Flickr group and wish you all a great iPhone shooting and editing week next week! 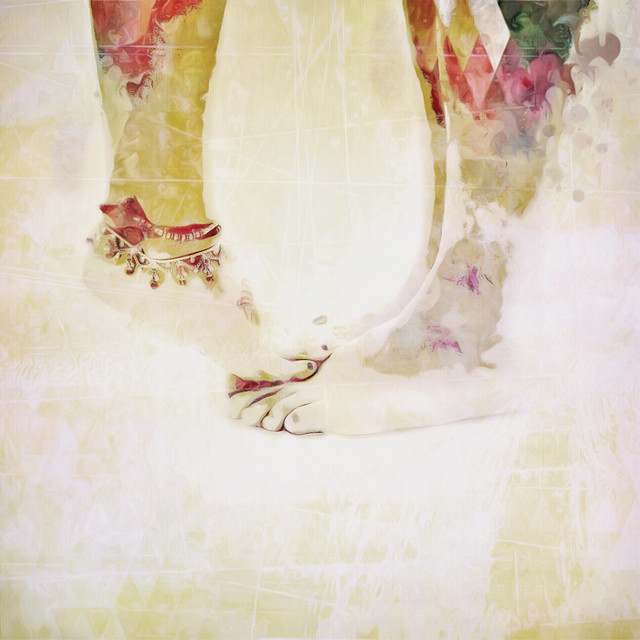 The Kiss by Catherine Haslor
Apps used: Captured with the iPhone6 and edited with iColorama, Snapseed and Stackables.
Backstory: The original picture in b/w, I’ve been wanting to shoot for a long time. With the words:

‘I love your feet
because they have
wandered over the earth
and through
wind and water
until they brought you to me.’
—Pablo Neruda

Sealed with a kiss.

Taken in my home studio, of my boyfriends feet and my own. This colorful version was created during a night of editing and mindful playing in different apps. Sometimes the creation of an image can surprise, and this editing was like that. To come into a flow of playfulness and to see how it develops into something new, is so rewarding and satisfying. 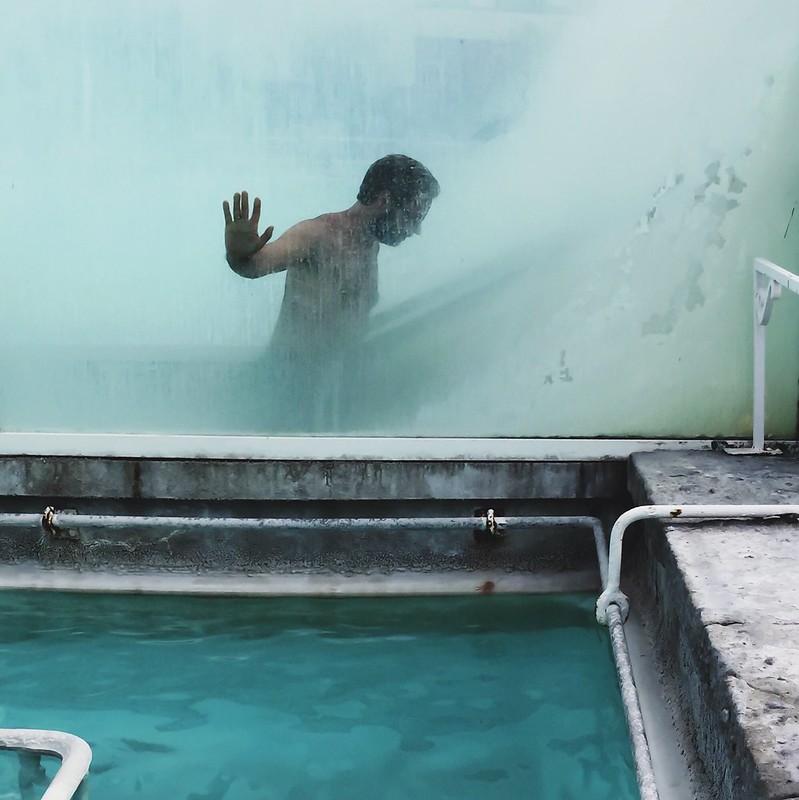 What kind of man loves like this? by Marzia Bellini.

Apps used: SKWRT, Photoshop Express and VSCOcam
Backstory: That shot as interesting story: it has been taken in Terme dei Papi on the side of the main pool while I asked to my boyfriend to step right behind that window. I used skrwt to edit the original shot because the lines were crooked because I wasn’t right before the subject into the water. I also corrected a bit the iphone lens distortion.

Then I edited it in photoshop and VSCO to apply the usual enhancements: clarity and noise reduction in PS express and then I cropped it and selected a filter to enhance the greenish blue in VSCO. 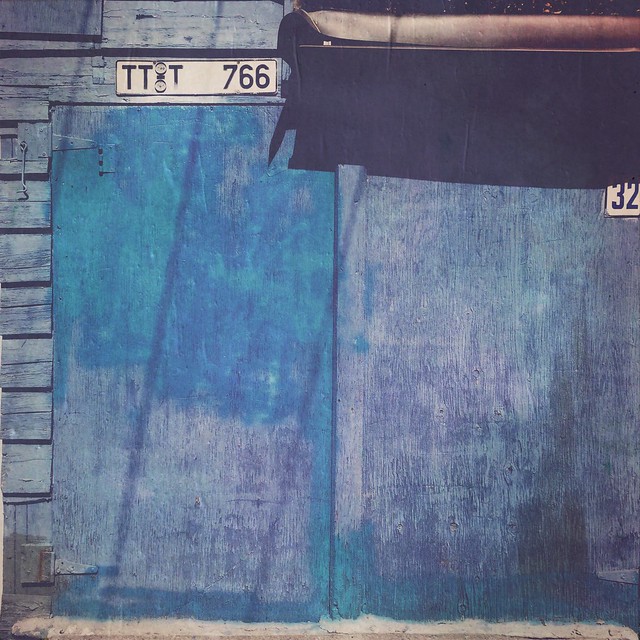 Apps used and Backstory: This is a portion of garage found in one of Toronto’s many laneways. Shot with Hipstamatic (lens: Madalena; film: Blanko 1.)

Backstory: This image is a slit-scan created with ScanCamera, an App entirely created by myself! I recorded a movie of people walking on the Saint-John street in Québec (very inspiring place to make pictures). And then, the movie was imported into ScanCamera using the new importation module. This technique is very interesting compared to real-time scan, because it is possible to get depth of field effect on slit-scans. 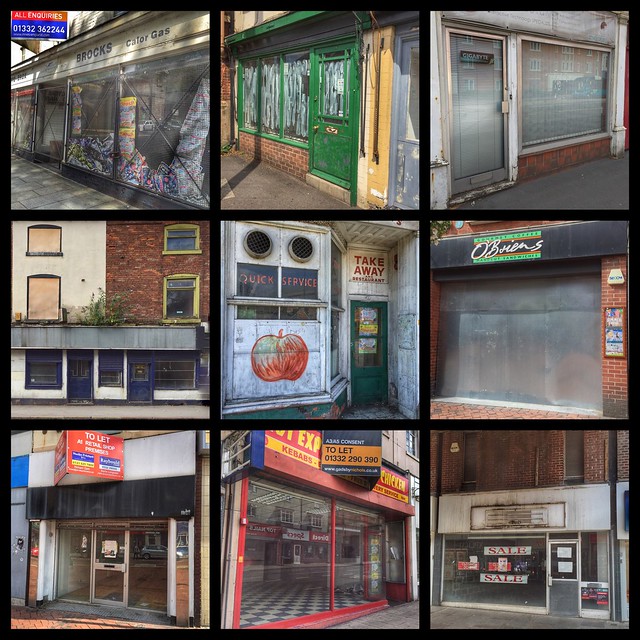 Apps used: Snapseed and Picframe
Backstory: This year instead of undertaking a 365 project i am undertaking a weekly challenge along with 2 friends and fellow flickr members. This weeks brief was abandoned shops in which i was spoilt for choice when it came to subject matter. These images were all taken with the standard iphone6 camera and then edited in snapseed, the final montage was then put together in Picframe app.

Apps used: Polamatic and Stackables
Backstory: The backstory on the image…it’s one that is part of a month long “faffing” project where I just threw some things together, grabbed a shot and then went with the edit wherever it took me. The only standard was that I used the app Polamatic to add the frame and date to each image in the series to keep some consistency. This particular image was processed using the app Stackables. 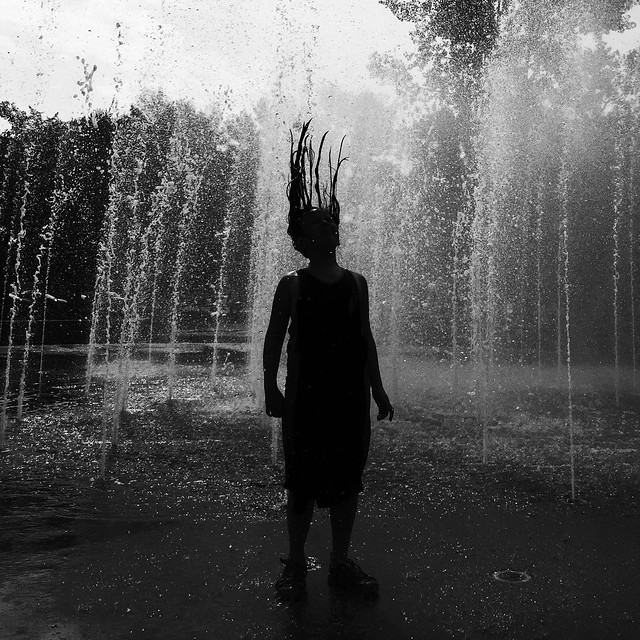 Apps used: I shot this on an iPhone 6 with oggl, using the G2 lens for its great contrast and BlacKeys XF film for its fine grain. fine grain.
Backstory: My daughter playing in a fountain on a hot summer day. 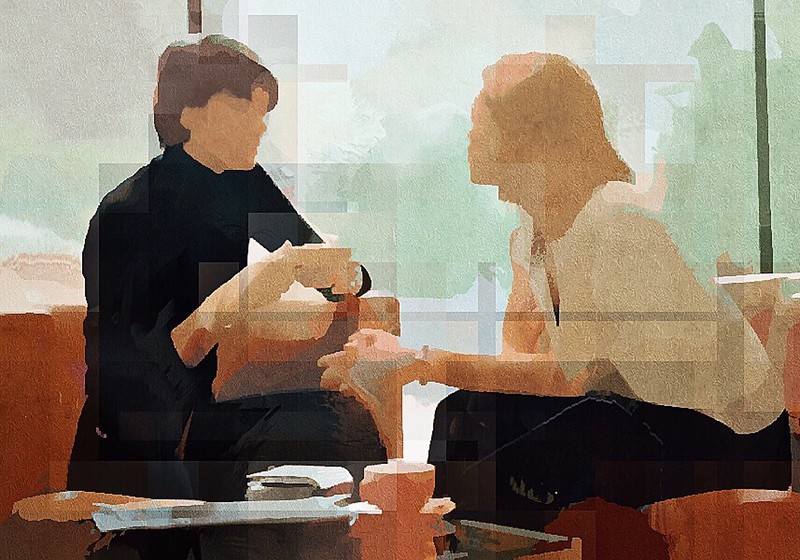 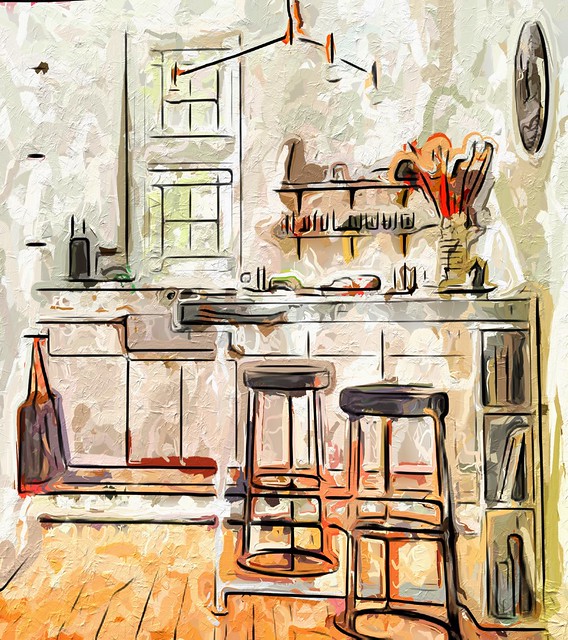 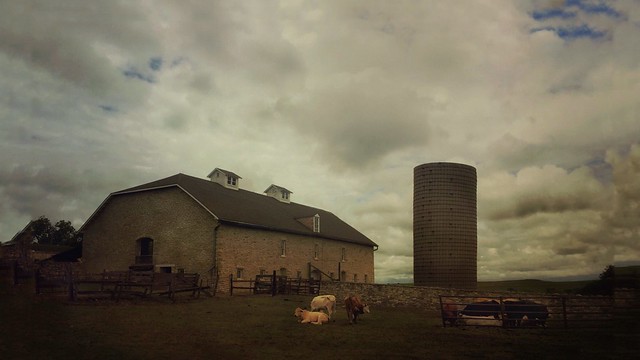 The stone barn at Spring Hill Ranch by Wayne Greer

Apps used: ProCamera, HandyPhoto, Snapseed and Photocopier.
Backstory: I’ve used this barn as a subject a few times. It was built in the 1880’s and is part of the Spring Hill Ranch , which has been incorporated into the National Tallgrass Prairie Preserve in Chase County , Kansas. The late afternoon light with the cows in front looked to me like a classic old landscape painting. So I tried to enhance that feeling. I captured it using Pro Camera. I cropped it into a 16:9 aspect ratio in Handy Photo to get rid of some empty foreground. Then Snapssed for all other adjustments. I also used PhotoCopier to enhance the tone , but removing any texture. I then merged this with the Snapseed version. 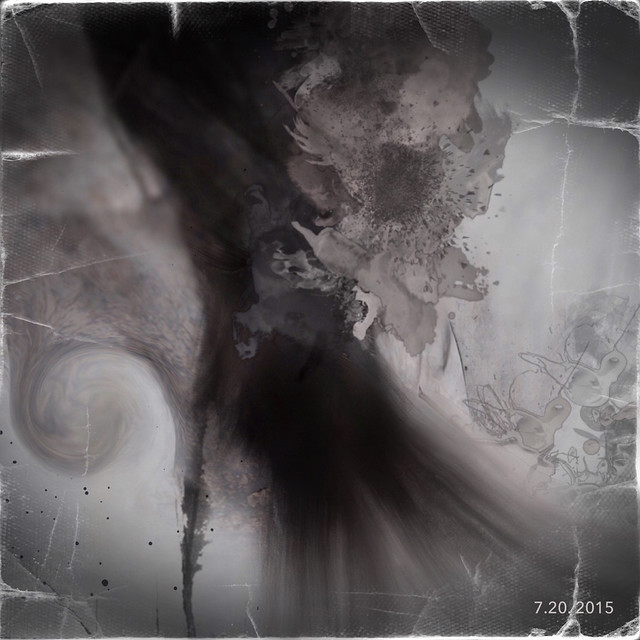 Asleep in the Sand by Jane Schultz

Apps used: Pixelmator, ProCreate, iColorama and Filterstorm
Backstory: This image explores the distortion of self, a theme I’ve pursued over the past few years. It is a continuation, yet a divergence, from a recent series on the physical. My creative process was very much a free flow, exploring texture and the recent updates to pixelmator. Other apps included procreate, icolorama, and filterstorm.

Wake the princess inside you by Cedric Blanchon

Apps used: Camera+, Supermipose and Snapseed.
Backstory: This picture is a combination of two photos made with superimpose app, I took myself with camera + and the timer, then I made a hole in a box where I placed the head of the doll and took the photo, then I superimposed this photo on my face with Superimpose. For the final image, I used Snapseed for final settings.