Welcome to this week’s Apps Uncovered, our weekly feature, showcasing iPhone art and photography from around the world. You’ll find quite a mixture of styles ranging from ‘straight-out-of-the-iPhone” to heavily processed pieces. Susan Rennie plainly has a superb eye and her clever framing of the table and chairs in her image “Abstracted Reality” gets her the top spot this week. Susan has created a powerful dynamic in her image; a kind of rhythm with the prominent downward sloping of the brown table tops, underlined by the heavier shadows and the more linear lighter grey chairs rounding this image out. Abstracts often appear very musical to me and this image clearly has a musical rhythm. To find out more information about each image, roll your cursor over the photo. Also, click on the image to find out more about the artist’s work on Flickr. Thank you all for sharing your wonderful images on our iPC Flickr group and wishing you all a great iPhone shooting and editing week!

Thank you to all of you who submit your images to our weekly Flickr showcase. If you would like to be considered the weekly gallery, join our iPC Flickr group by clicking here. 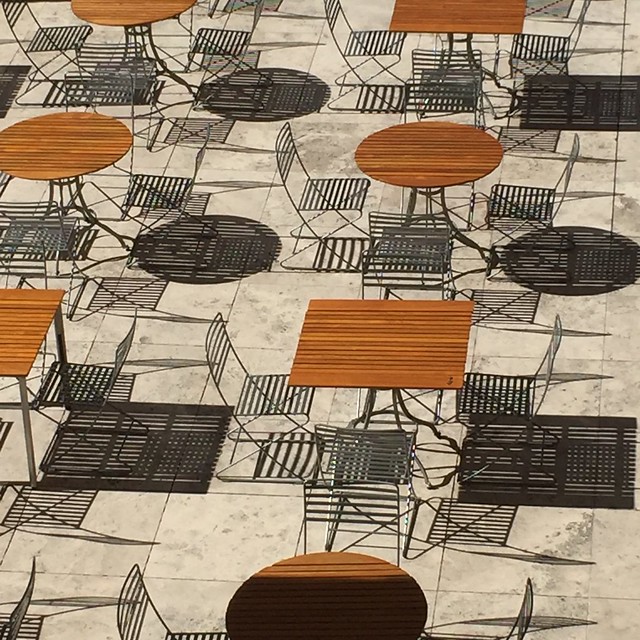 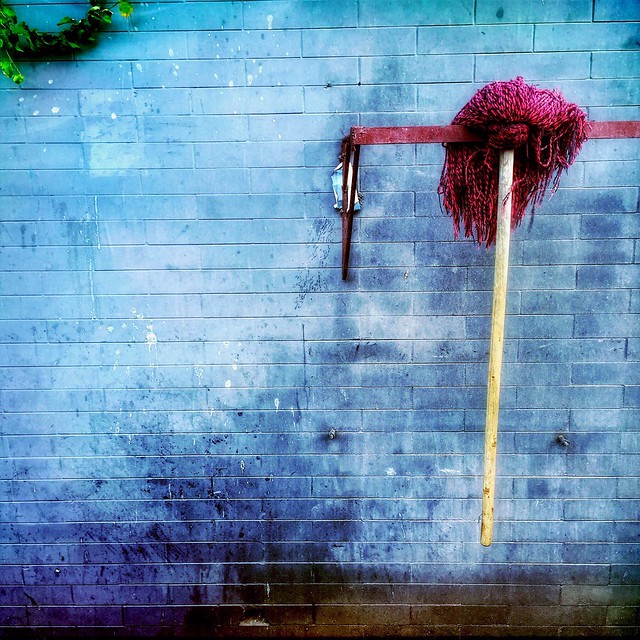 Apps used: I took the photo with my iPhone6’s default camera, did basic post-processing in Snapseed then imported it in Oggl with one of my favorite combos, Akira lens and Blanko 021 film)
Backstory: The Hutongs in Beijing are full of interesting corners. This red broom hanging from a bar made a nice contrast with the blue bricks of the wall behind and the green leaves hanging from it. The composition suggested itself and it just begged to be photographed. 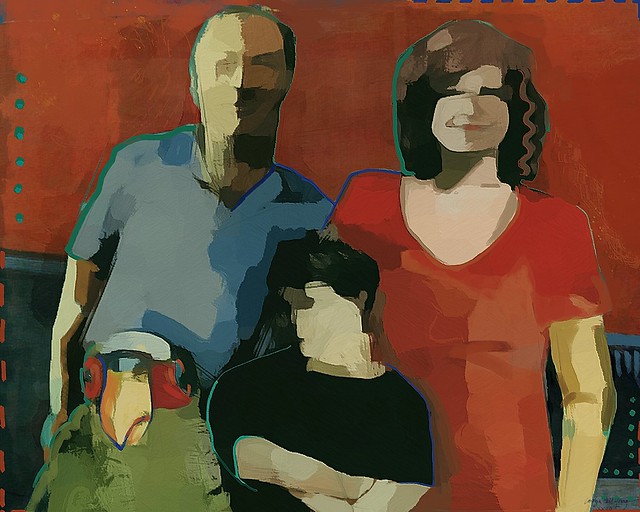 Happy birthday to Leigh Falkner Markley!
Backstory and Apps used: This is an iPad painting, made was a beta version of iColorama. I started with a portrait/composite that I had made for Leigh, using it as a base, for moving forward. 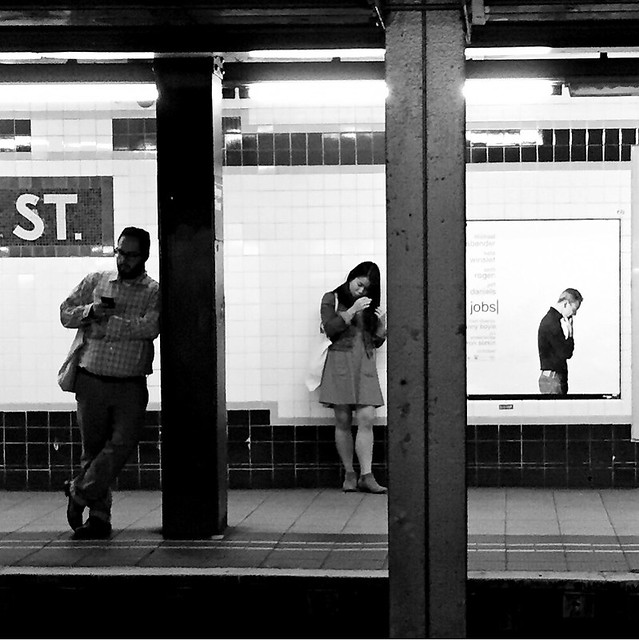 by Trish Korous “Give them pleasure. The same pleasure they have when they wake up from a nightmare.” -Alfred Hitchcock 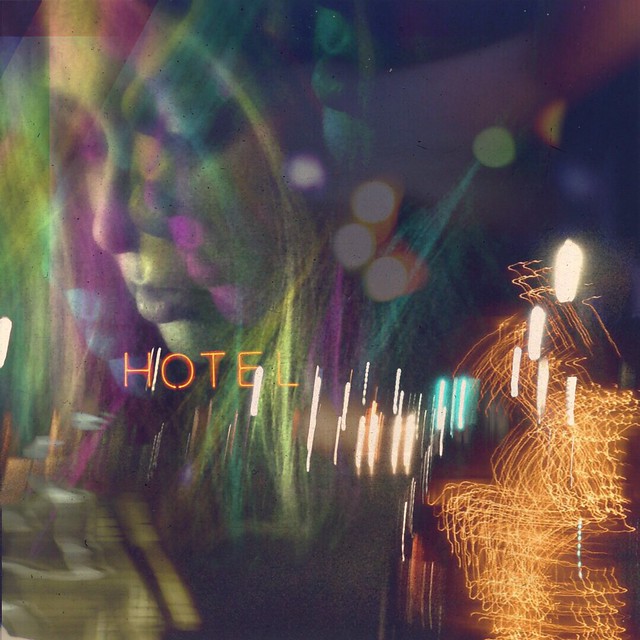 This image started by me playing with a self portrait to give it a double exposure look. I just kept running it through Coowl and it started to take shape as I had no idea where the final result would end up. I further added some effects using the new filters in Lumie app. Finally I added some grit and grain in Afterlight. This is the second time I did a photo inspired by the video Disappearer by sonic youth. The title reflects this.

On a side note I’m very saddened by the Paris attacks. I hope all you in Paris are safe. My heart goes out to you. 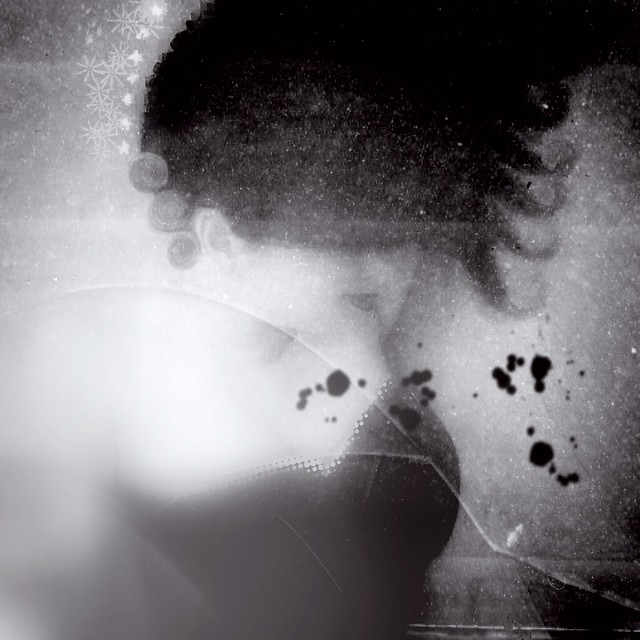 Apps used:Native Cam, Procreate, Art Rage, Repix, Blender
Backstory: Another experiment in self portraiture, this one seeking to create the ambience of looking through an old viewfinder. 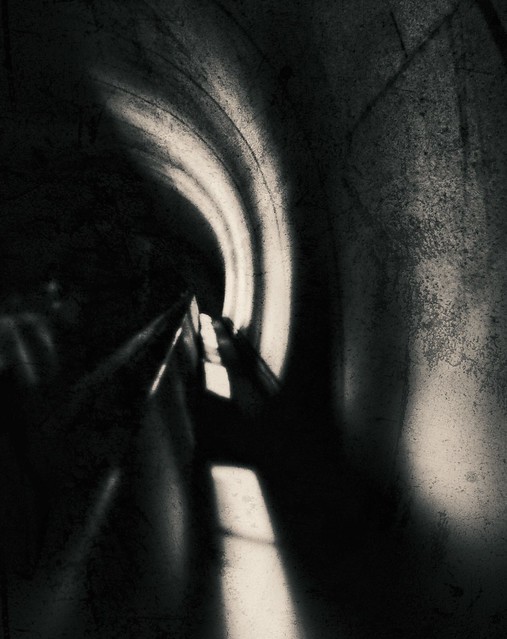 Apps used: It was taken with the iPhone 5S native camera and edited with Snapseed and VSCO. 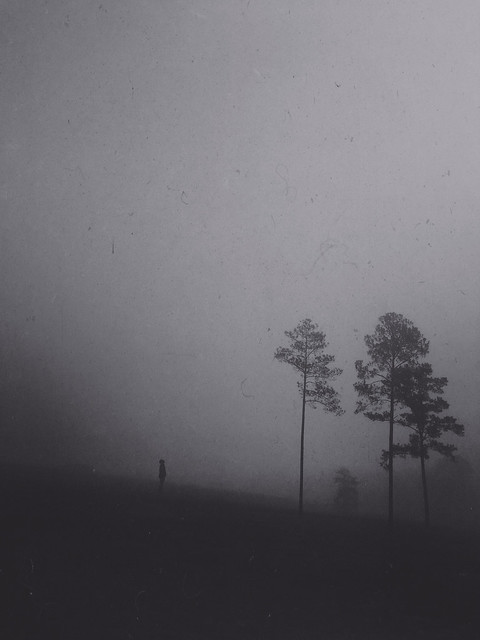 Tree Hugger by columnsovlight
Apps used: The figure was added using Union, all other editing was done in Mextures, formula code ALVAXXE
Backstory: This photo was taken on a foggy day on my way to work. 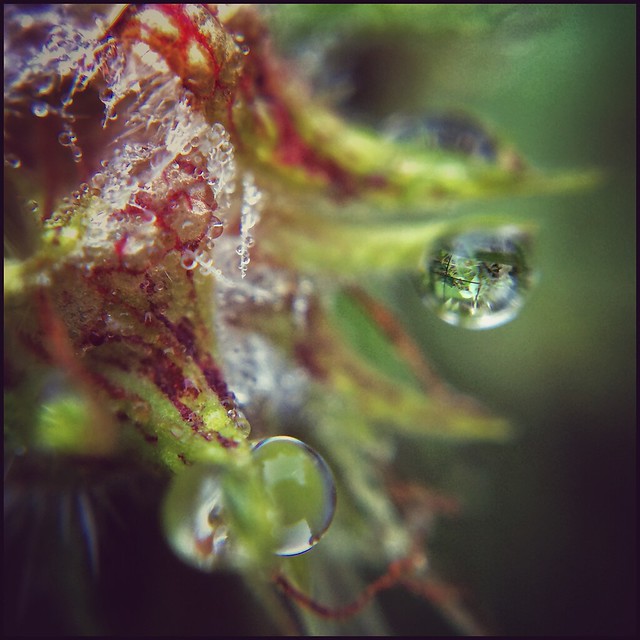 Fence In A Droplet – Color

Apps used: Captured this little morning dew droplet on some remaining squash vines that took over my garden fence with iPhone and Olloclip Macro Lens. Edited on the iPad in Snapseed.
Backstory: The droplet also becomes a lens, as it captures the garden fence below it.
Saved this one for Fence Friday. Maybe I am pushing the group theme a little to much? Have a great weekend everyone! 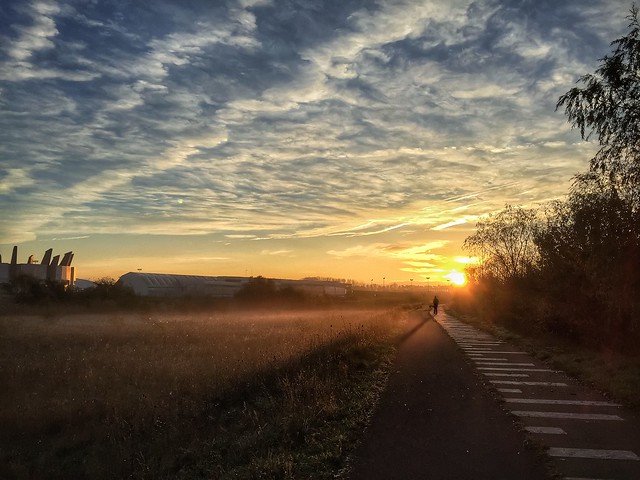 Apps used: ProCamera for the shot. Editing with Snapseed (Tune imagen, Selective and Details tools) and with PS Express (Reduce noise filter)
Backstory: A morning walk with the bike gives you the opportunity to meet beautiful scenes. The sun was risen over the horizon and tinged an intense orange light morning mist and clouds. Besides he accentuated the shadows of a man and his dog as I enjoyed the scene.
For the photo shoot kept the ISO as low as possible and compensate the exposure so that the histogram does not lose information in lights and shadows. 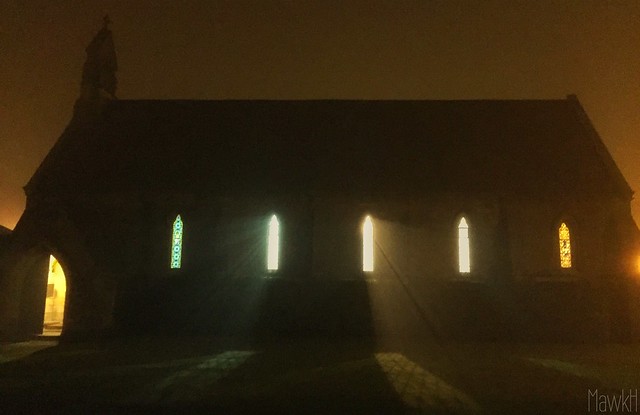 I captured this image on a cold, frosty and foggy night. The air was crisp and fresh, almost stinging the nostrils. I live on the coast, so there was no ambient street light in the pitch dark sky. As I walked past our school library (an old chapel) the light from the old stained glass windows pierced the fog with such definition and brightness. As I stopped to take what in essence is quite a simple image, I was struck by the moment – a ray of light, or a ray of hope…? 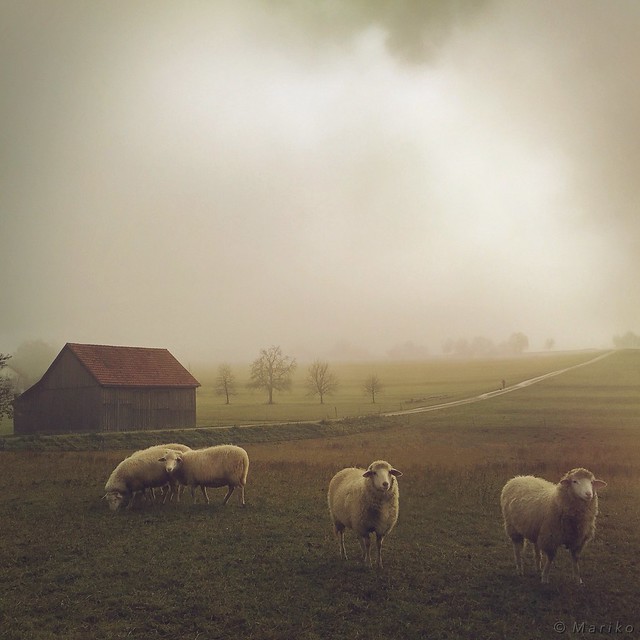 Apps used: Shot in Hipstamatic. Edited with PhotoToaster and PicFX
Backstory: I was on the way back from an excursion to the Swabian Alb when I saw the sheep alongside the road. It was such an idyllic scene with the barn and the sheep in the fog so I told my husband to make a stop immediately. I jumped out of the car and took this photo. This photo was taken with Hipstamatic, but as I was not satisfied with the result I removed lens, film and flash. I cropped it slightly in PhotoToaster, adjusted contrast and brightened the sheep with the lighting brushes. Lastly, I applied the PFX 25 filter in Picfx.