This week’s Apps Uncovered were particularly hard to curate this week – as our Flickr group membership grows, the quality (and quantity) of tine images raise the bar. Still, this week, we have a lot of returnees who continue to produce magnificent work, including several contributors to our book – George Politis and Susan Blase (who has the rare distinction of having two images selected). Two unstoppably creative iPhoneographers – Liz Traynor and Catherine Restive, continue blazing new paths – both of whom contributed tutorials to iPhoneographyCentral.com in the last few weeks. Great work from Brendan Ó Sé, MomentsForZen, the irrepressable Sarah Jarrett, Cristian Margarita, Pu the Owl. Newcomers include amazingly talented iPhoneographers Karen (Wisteriax) and Michal Koralewski.

(If you’d like to see your images in the running for selection to our weekly Apps Uncovered feature, be sure to list the apps you used to create your image when you upload it to the iPhoneographyCentral Flickr group. And as an added bonus to other members who would love to learn from your successes, consider adding the “Backstory” describing the creative process that led you to capture and process the image as you did.) 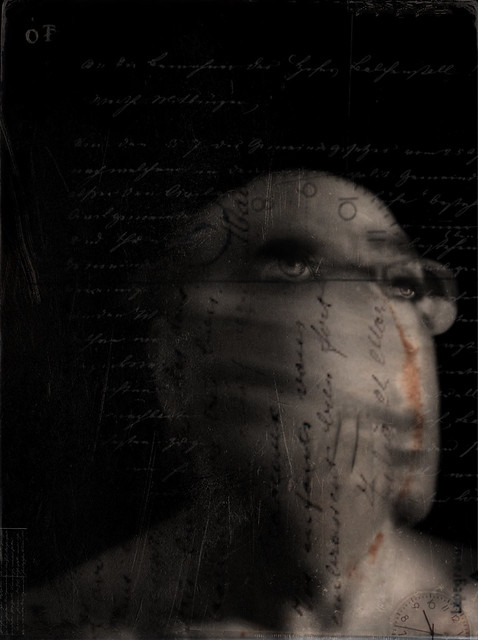 Backstory: This image is part of a series that explores a journey of self-expression and an attempt to find authenticity in the process of putting one’s everyday persona into question. Capturing an uneasiness – which is constantly underscored by anxiety, doubts and obsessions. I’m forever searching for answers that link reality to my state of mind. 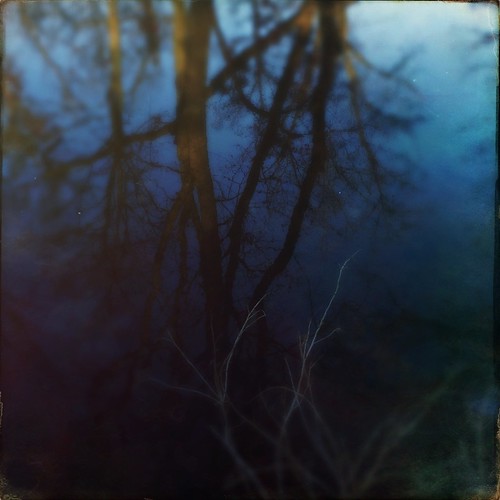 Backstory: This photo was taken on a whim. I was driving by a creek near my home and decided to pull over and try to get some shots while the leaves were still showing their autumn color. It was getting a bit dark and when I realized not much color was going to appear. I then, in heels, crawled up on a rock and started shooting the reflections in the water. Getting the shot was far more tricky than the editing! Basically it was a simple Hipstamatic/Oggl capture that I gave a tiny amount of depth to with Mextures app. Pretty simple but the low light gave it an eerie vibe which I was very happy with. 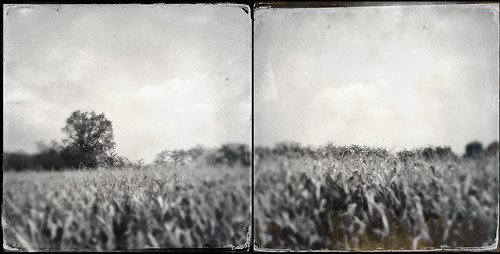 Backstory: I created a diptych of two images that represent the country of the Lower Canavese, in Piedmont here, where I grew up and which are closely linked.

A land of traditions, which can be severe.

The countryside, the forests and the hills of this area, in many lighting conditions and weather, can be very evocative. 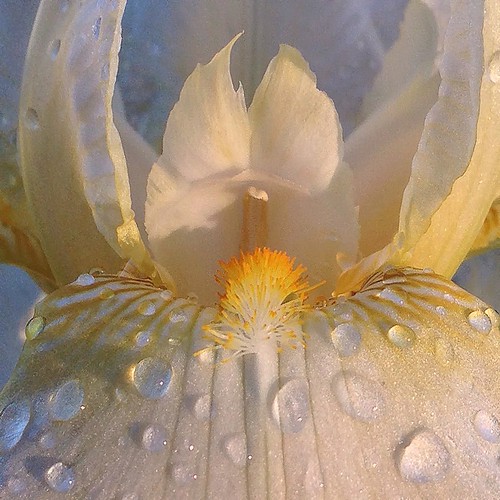 Backstory: Gorgeous morning “golden hour” light made this pale lemon bearded iris simply glow. And the scene was topped off by the water droplets from the overnight showers. Narrabundah, ACT, Australia.

Apps used:
Phone 5 – Photograph taken with the camera on an iPhone 5.
Camera – The native Camera app was used with the HDR option.
Leonardo – Image straightened, cropped to square format, and resized to 2448 x 2448 pixels.
Filterstorm – Noise reduction and Sharpening filters applied.
ExifEditor – EXIF data from the original photograph transferred to the final image.

Shadow of a Doubt by Catherine Restivo

Backstory: This shot was one of those unexpected and pleasant surprises. I was out having a lovely evening with the dear Cara Gallardo Weil and her husband David. When we left the restaurant, this great, beautifully lit brick archway was right down the block. I snapped a pic of Cara and David in front of the wall, then decided to take one sans humans.

VividHDR is a wonderful app that is really great in low light situations. The only challenge is that you must hold the iPhone still as it takes a couple shots then merges them together. I was holding my iPhone and the app was snapping away, when this woman walked right past my lens. I took a second shot thinking the first was ruined by the woman walking past.

Looking in the camera roll I was so surprised to find this… A perfect ghostlike outline of the woman that looked like she was part of the wall. Is she really there, or just an apparition? 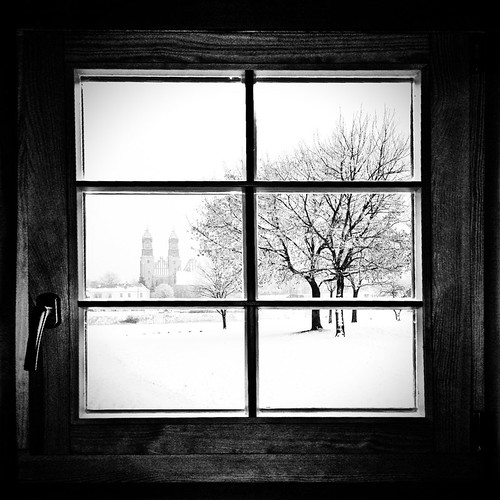 Through the window by Michal Koralewski

This is a collage of two photos. I took the first one (winter in Poznań/Poland) this year in january. You can see Archcathedral Basilica of St. Peter and St. Paul (the oldest cathedral in Poland, dating from the 10th century) there. Everything was covered in snow and looked beautiful. But I didn’t like the composition of this photo.

The photo of a window is from august. I took it near Szklarska Poręba (in south-western Poland) in a mountain hut. I liked the wooden texture of the frame, but I didn’t like the view through the window. I left these two photos in my iPhone for another few months (I never delete my photos, even if I’m not satisfied with them). I got back to the window photo just a few days ago and than I realized I know exactly what I should do with it. I merged these two photos with Image Blender app, one of my favourites. 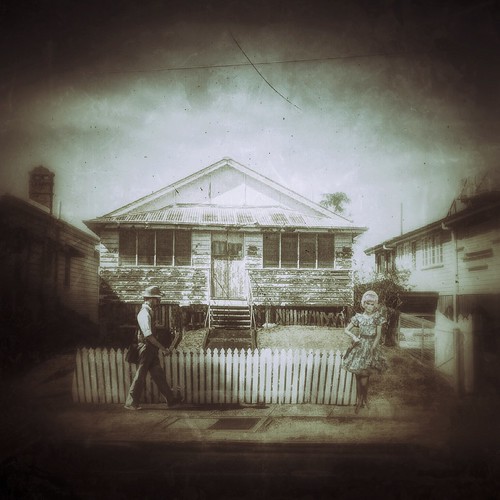 Boulevard of Broken Dreams Barbie – A Day In The City No. 7 by Liz Traynor

“New from Matel, the Boulevard of Broken Dreams Barbie comes complete with a ramshackle house, removable picket fence and disinterested passerby. A ‘not to be missed’ addition to any Barbie collection. In stores now or avoid the Christmas rush by ordering yours on-line at downandout.com.”

Backstory: I had a lot of fun making this one. The final image comes from three photos that I took when I spent a day in the city last holidays. The house is the first picture. The second picture is the man walking in front of the picket fence and the third is the mannequin which I took at an antiques store. None of the three images seemed to tell much of a story on their own but when put together, a little parody started to emerge. I love these little send-ups of everyday or common things. I initially had the image in washed out/vintage tones but really the story begged for a grungier feel. 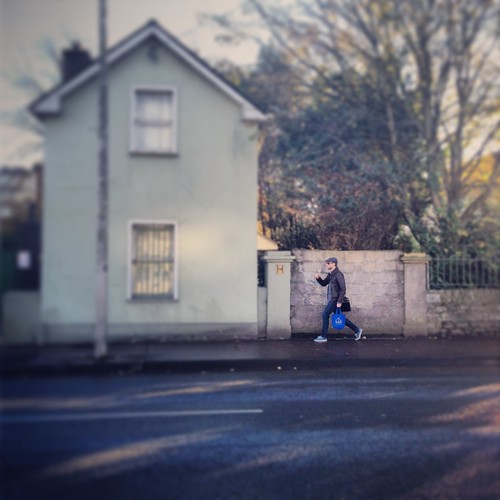 How to walk with purpose by Brendan Ó Sé

Backstory: I had time to kill while an appointment was delayed. I went on a little photo walk and on my way back, I stopped on the opposite side of the street to this lovely little house. Glancing up I saw a pedestrian striding in approach. Photographic serendipity. I snapped and apped with Instagram selective focus option.

Fear and Loathing by Sarah Jarrett

Backstory: Most of my portraits begin from experiments – accidental effects that lead the way to a finished image. It is the quality of the marks and effects that I find really fascinating more than the portrait itself and that is also why I like to work entirely with apps, because the creative potential is immense and never ending. The apps I most admire are usually those where the developers keep striving to make them better and better. iColorama is a classic example of this, constantly being adapted and improved to give users the most fantastic toolbox. I like to use colours and inky, painted effects in a very expressive way and its perfect for that. The image is surreal, out of scale and strange. I love making pictures that are unbelievable and believable at the same time, that tap the dark psyche, the dream, the nightmare, the storybook.

Nightmare by Pu the Owl

Backstory: “Nightmare” is the fifth image in a series I called “Altered States”. It’s a way to expose and explore the polarity normal consciousness / altered consciousness and how we commonly perceive it.

For the final image, I relied heavily on layer stacking. I used a total of 10 layers for the core of the image, plus several others for various effects and extras. The original photos were taken with ProCamera with timer set to 20 seconds. I used a tripod with Joby’s GripTight mount to hold the iPhone. The phone was always in the same position throughout the whole shooting.
I started with basic retouching and cloning on the base picture in Handy Photo. The base was combined with the other shots in Leonardo, through masks and layer blending. This way I added the ghostly eye effect, the hand with the fake arm, the incubi-like figures, the paint drips (drawn previously in Sketch Club), and I removed the body; on separate neutral grey layers set to Soft Light, I painted with black and white brushes to enhance light and shadows on the face and on the gripping hand. Painterly effects and textures were added in Glaze, Portrait Painter, Mextures. I created several versions of the composite image, and blended them all in Leonardo. Final black and white conversion was done in Vsco Cam. 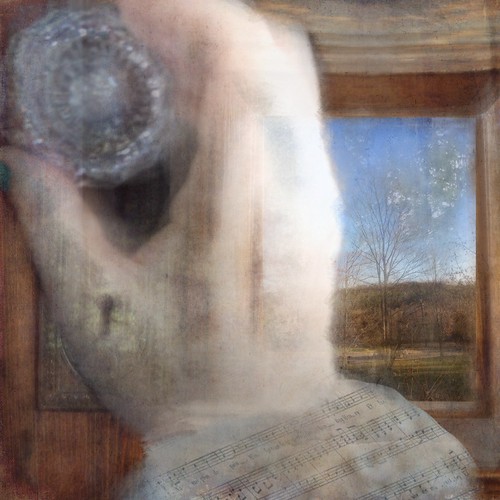 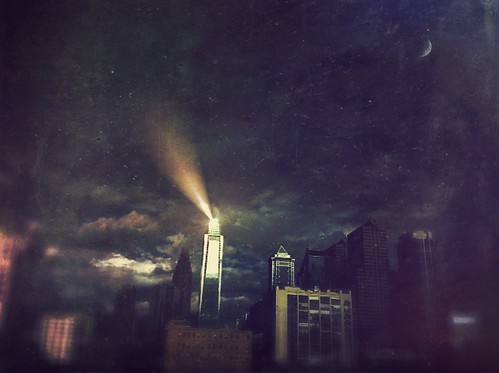 Backstory: This photo started out looking completely different. Just a simple shot of the Philadelphia skyline that once I started to darken, took on a life of it’s own. Once I adjusted the focus and tones using PhotoToaster and LensLight, it took on a very ominous/cinematic feel.

I was inspired by the song “The Beginning Is The End Is the Beginning” by The Smashing Pumpkins and the title comes from one of it’s lines. I love the lyrics and felt it fit with the feeling I wanted to convey of knowing someone shares the same alienated view of the world that you do. I wanted to express the weary observation of the life that was happening within that cityscape and beyond.

I added some texture and adjusted colors with Pixlromatic and Mextures until I got the exact look I wanted. I think many people see it as kind of Batman’s Gotham which to me is also fitting. Hopefully I did the song justice, it is an amazing and powerful tune.