This week’s Apps Uncovered presents a selection of what I found to be the most compelling images for the week, across a wide range of styles and subjects – I hope you enjoy them!

The week’s lead artwork by Laurence Bouchard, is a play of light and shadow – showing the benefits of good forture and astute observation of the moment. Waiting for the shot is truly a key to effective capture, especially in street photography. 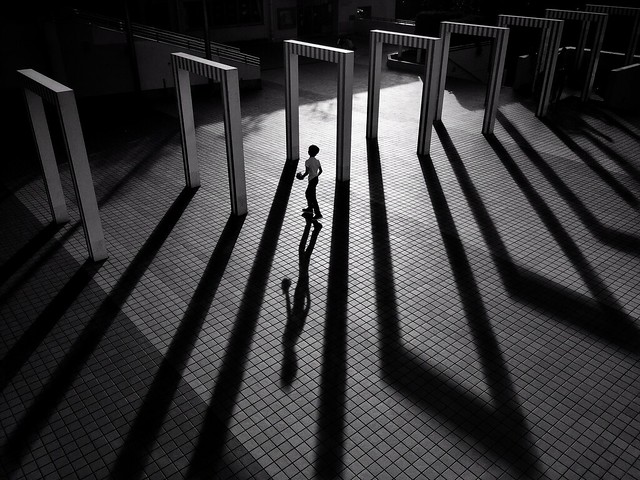 in between days by Laurence Bouchard

Backstory: ‘In between days’ was taken in Tokyo. It had been an uninspiring day so I decided to get a couple of take out beers. I took a different route back to where I was and saw these beautiful shadows from the gates.. It’s funny as I’ve passed these gates many times & always thought they’d make a great photo but this was the first time I’d seen them with beautiful shadows. Another lucky thing was there were a bunch of kids playing around so it didn’t take long to get a shot I liked. After I edited the pic in snapseed. 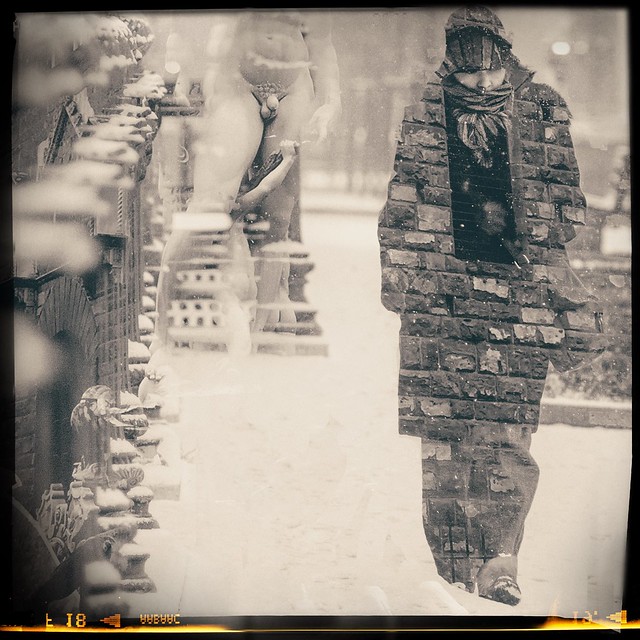 Backstory: “Cute & Curly’s Last Moments” was created as an illustration for my serial novel, “Our Hero”, which I’m publishing on Instagram. In the story, she is in a snowstorm and on her way to certain danger. I used Juxtaposer to create the two part image, and the Snapseed functions “Vintage” and “Vignette” to give the image an old world mood. In the story, the woman is a detective. I added the Snapseed “film frame” to provide a feeling of “police surveillance”. 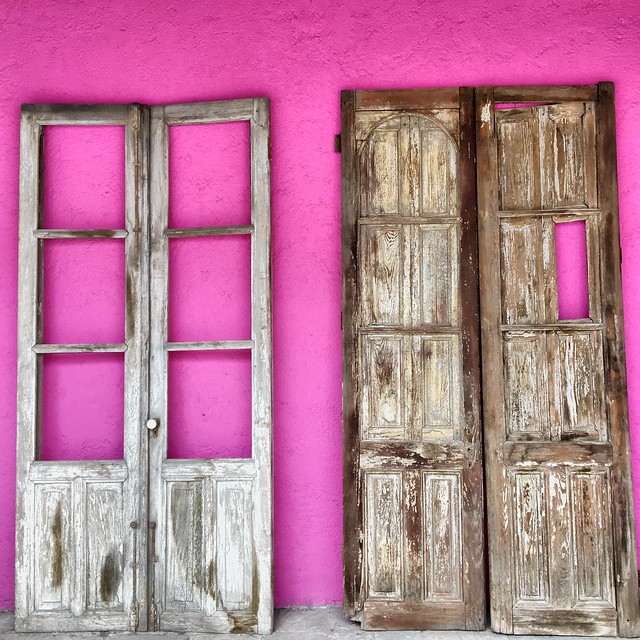 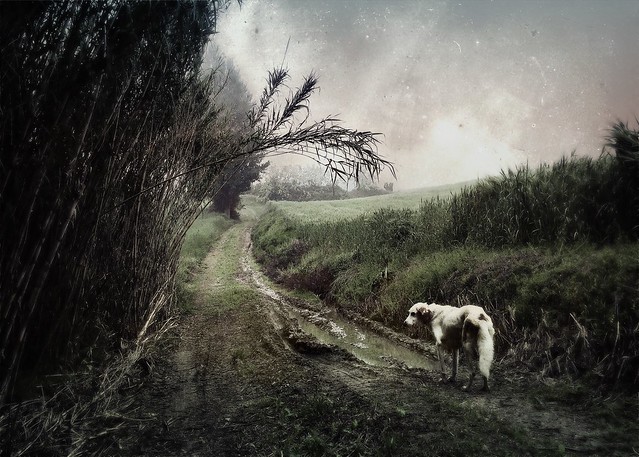 Backstory: This picture was shot with the Hipstamatic camera. Then, among others, I tried a combo which has been featured some weeks ago (by Florian Bilges) and found it very interesting. I modified some settings in order to have the mood I felt resonated most with my inner landscape. 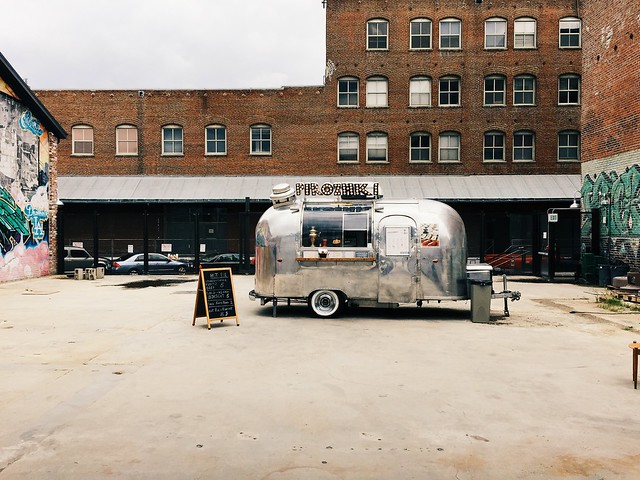 Backstory: the central side courtyard of hauser wirth & schimmel gallery. they had the pirozhki truck there. I would totally buy a dozen of these fried pockets just to eat them as breakfast… but I was out of cash- drank 2.5 pints and bought 2 giant sandwiches with a side chowder… so, next time definitely. 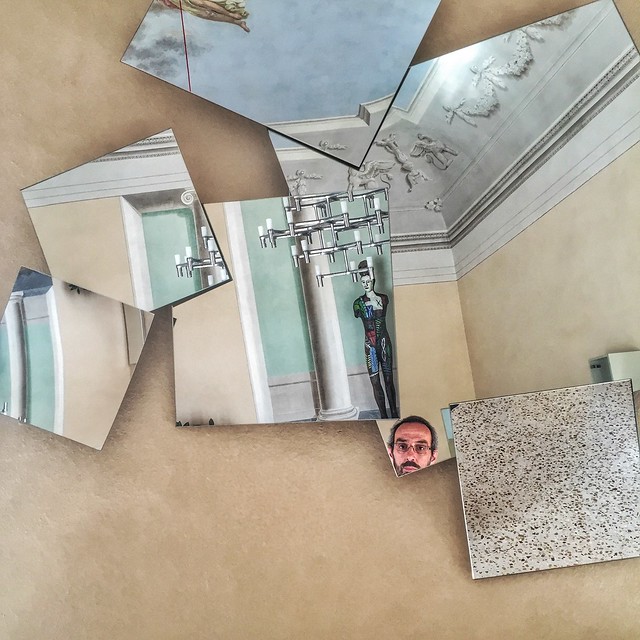 Apps used: I shot with the iPhone 6 default camera and edited it in Snapseed.

Backstory: I was brought to visit this historic room in an old palace in Pisa. On entering, I noticed the painted walls, the statue and the chandelier. Then I turned and saw this assembly of mirrors (all flat but the leftmost one), part of an art exhibit. I went for a self-portrait, which was not easy, as I needed to have the phone out of the way extending my arm, my head in the right position looking forward and my body all twisted and bent not to enter the bottom right mirror. It only took two attempts. The result is surreal, although it is not obvious to realize that it is not a collage of photos.

lucy and ethel by Trish Korous

Apps used: This was shot on my iPhone 5c. I cropped to get these two heads and framed in Superslides.

Backstory: I was out and about in the quarter one fine New Orleans morning, and was taken with a display of about six or seven vintage heads in a home window. I think these were originally from a beauty parlour. The more I looked at them, the more I saw “I Love Lucy”. My mind works in mysterious ways. Ha. 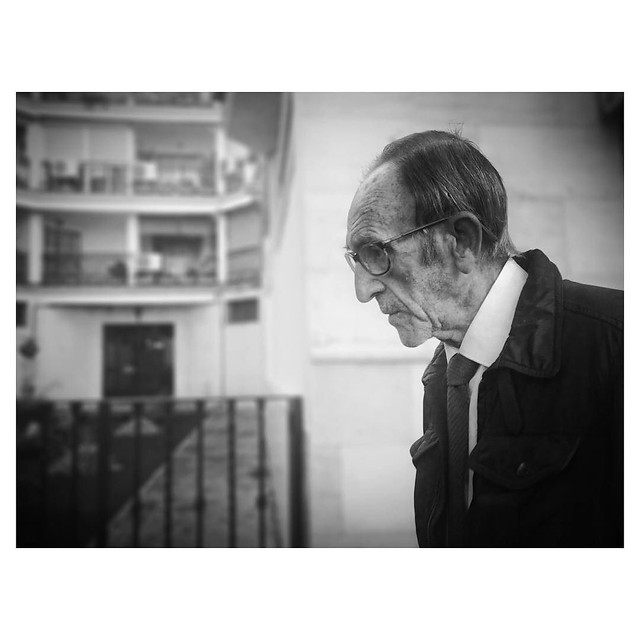 A sad face by Luisón

Backstory (a dedication): Dedicated with affection and admiration @maverdera, who soon went from being a “am IG or” to be a great friend. 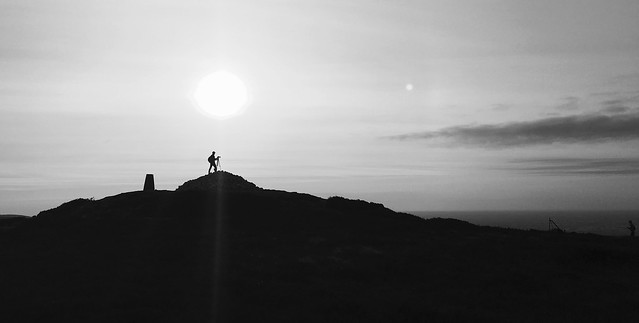 Alone on the hill by Remi

Backstory: It’s at the local hills. The sunset was so beautiful. One version decided to go with black and white conversion to avoid some blow out spots. For post processing used Snapseed to covert to B&W and ad contrast slightly

Mama told me not to come! by Paul Yan

Backstory: It was in a lovely August afternoon last year that this photograph was taken. A few kids were playing and running around in an open area of a park, and the pinky dress and shoes of this jolly little girl attracted my eyes immediately. I had just got into mobile photography then and wasn’t even aware of camera apps like ProCamera or Camera+, so I just opened the native camera in my iPhone and got to shooting. I pre-focused on the ground about 1.5 meters in front of me, squatted and waited for her to run past me, and she did!

Editing was done with the Snapseed app: after minor adjustments on highlights, shadows and saturation in the [Tune Image] module, I used the [Lens Blur] module to carefully mask and blur the buildings and trees in the background.