This week’s Apps Uncovered largely explores images created by David Bowie fans as they reacted to his passing this past week. Some are simple tributes, others attempt to stage an element of a song that stood out for them during his long career. I remember, as I graduated from high school, the arrival of Bowie in 1972 with the debut of his song “Changes.” Music would never be the same again, thoroughly “changed.”

The lead image by Scott Simpson calls out one of the memorable lines from the song – “Face the strange.”

As noted in the Wikipedia listing for the song:
The lyrics focused on the compulsive nature of artistic reinvention (“Strange fascination, fascinating me / Changes are taking the pace I’m going through”) and distancing oneself from the rock mainstream (“Look out, you rock ‘n’ rollers”).[1] The song has also been interpreted as touting “Modern Kids as a New Race”,[6] a theme echoed on the following album track, “Oh! You Pretty Things”. Rolling Stone’s contemporary review of Hunky Dory considered that “Changes” could be “construed as a young man’s attempt to reckon how he’ll react when it’s his time to be on the maligned side of the generation schism”

Additional images in this week’s were selected because they suggest the sense of an artist alone, facing the world, trying to make sense of it – and with terrible forces arrayed against him and his vision (success, criticism, his own limitations, mortality). 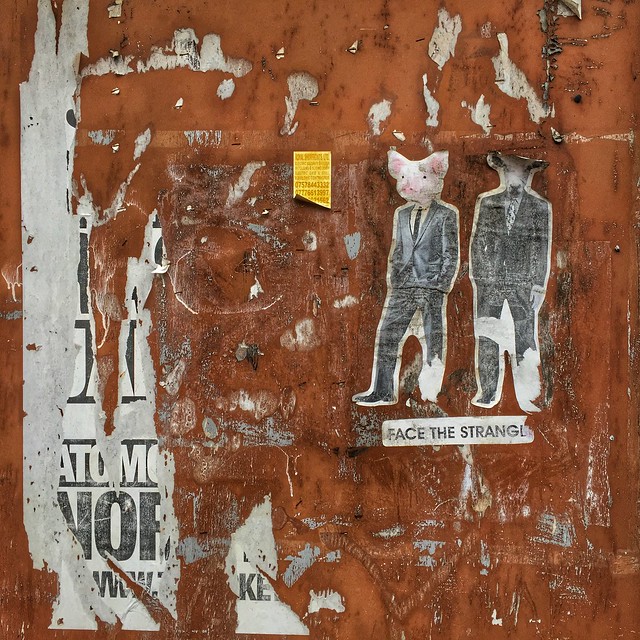 Apps used and backstory: This was literally a quick snap shot take whilst out for a quick walk in Derby…taken on the iphone6 with minimal editing in Snapseed to highlight the textures and dirt of the wood and stickers. 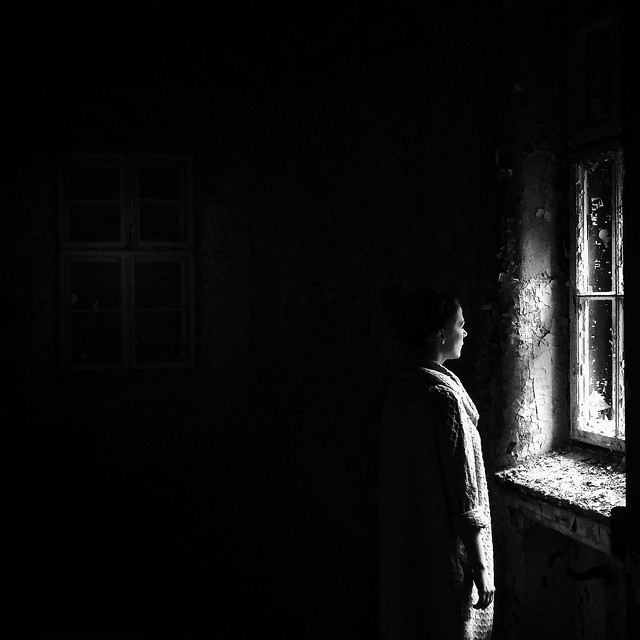 Apps used: Processed with VSCOcam with b3 preset and Snapseed

Backstory: I took it in the abandoned mental health facility few miles away from Warsaw. My friend was posing for this shot. The room she stood in is very creepy, you can’t see it that well in this shot but all the walls are covered with peeling and decaying paint which only magnifies the effect of disturbance and detachment. And naturally that is what I wanted to show with this photography. But actually it wasn’t that easy to achieve this sense of loneliness and overall darkness. I had to find the perfect angle and lightning in order to get the effect I was looking for. I think i might have taken about 20 to 30 shots which I later reviewed and chose only one with which I was satisfied. 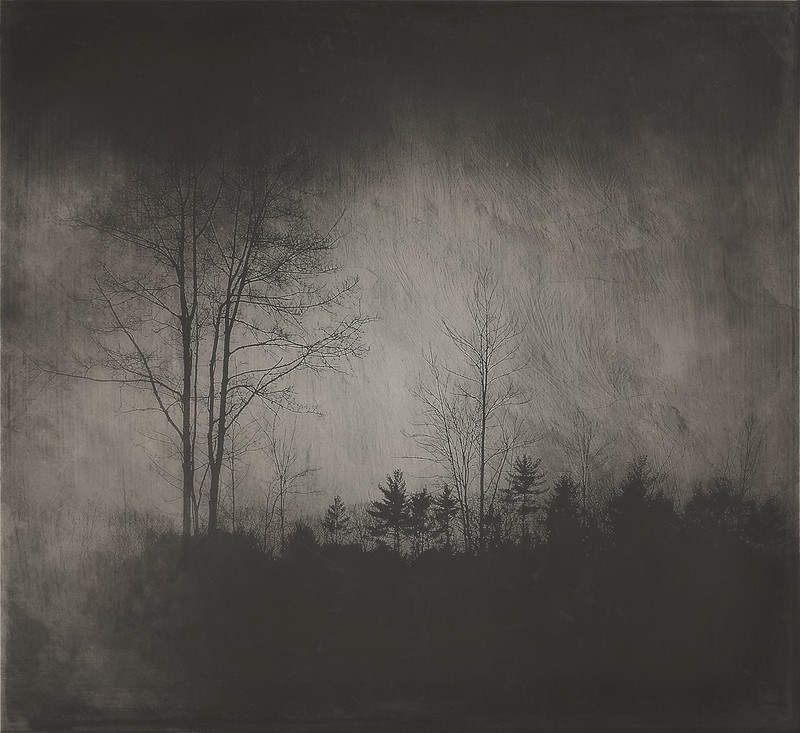 Backstory: The original mobile photo is a capture of the wintry woods outside my door just after sunset. I was attracted to the contrast between light and shadow in the scene, and aimed to play that up in the post-editing process. As of late, I’ve been experimenting heavily with painterly and texture apps, loading on lots of subtle layers to my landscape photos in a careful manner, utilizing a masking tool to maintain important elements of the compositions, as I did with this photo. In working with this image, I also attempted to enhance its moody atmosphere and create an emotional draw.

Good-bye, Ziggy Stardust. May you rest in peace. Thank you for your legacy, Sir David Bowie by Paul Yan

Backstory: It was in a foggy hazy early morning in October that this photo was taken. Although I had stayed up all night reading and it was really time for me to hit the sack when the sun rose, I just could not resist my urge to go out and make some photographs. As soon as I got to this spot on the walkway along the levee, I attached the Manfrotto 3X telephoto lens unto my phone so that I could get my desired composition and angle of view, about 30 meters from beneath the bridge, without the phone having to be tilted up too much. After the phone was mounted on my tripod and the frame composed, I waited for my prey to walk into the trap… Two minutes later, this lady in white who was taking her morning walk paced into the frame, and I pressed one of the volume up/down buttons of the earbuds cable plugged into the phone as shutter release when she was about to walk out of the frame.

For editing, the SKRWT app was employed to correct the heavy inward distortion inherent in almost all telephoto add-on lenses (it is hoped by yours truly that manufacturers would some day come up with non-distorting lenses for smartphones). The brightness and shadows of the image were then slightly decreased with Snapseed’s [Tune Image] tool, and the contrast of the lady’s dress was boosted in the [Selective] tool.

I was working in the studio mixing a song on January 12 when I heard the news of David Bowie’s passing away. After work, I uploaded this image, titled “Good-bye, Ziggy Stardust. May you rest in peace.” to Flickr as a tribute. Thank you for your artistic legacy, David.’ 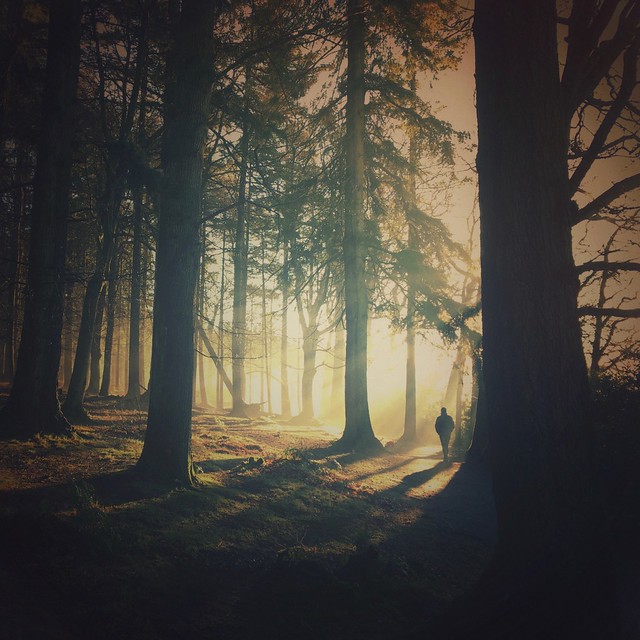 A Walk in Winter or Into the LIght by Ludwig Wagner

Backstory: My “A Walk in Winter” image was photographed over the Christmas weekend in Hillsborough Forest Park, Northern Ireland where I spend Christmas with family every year. It was a particularly atmospheric morning with the sun very low on the horizon and mist from the adjoining lake drifting into the forest. Always a good time for photos. I had taken a few photos during my walk that day but none captured the mood and mystery of the moment but I got my opportunity when I noticed someone up ahead was going to walk from the shadows into a sunny patch. I realised a person would add scale & dimension to the scene. The result is a figure who casts as dramatic a shadow as the trees, becoming one with nature, but with just enough energy to create movement and anticipation of someone soon to be overwhelmed with a shower of light. I only had a few seconds, but was lucky to get the shot. This image fits in well with my ongoing autobiographical “Journey” series where I am exploring my own place in the world. I was very careful not to over edit the image, only changing levels and adding filters that enhanced the lines of the sun rays, and finally a vignette to draw the eye in closer to the action.

Backstory:
Ziggy Stardust and the Spiders from Mars = lost another hero. Bowie will not be forgotten and lives on through his music! 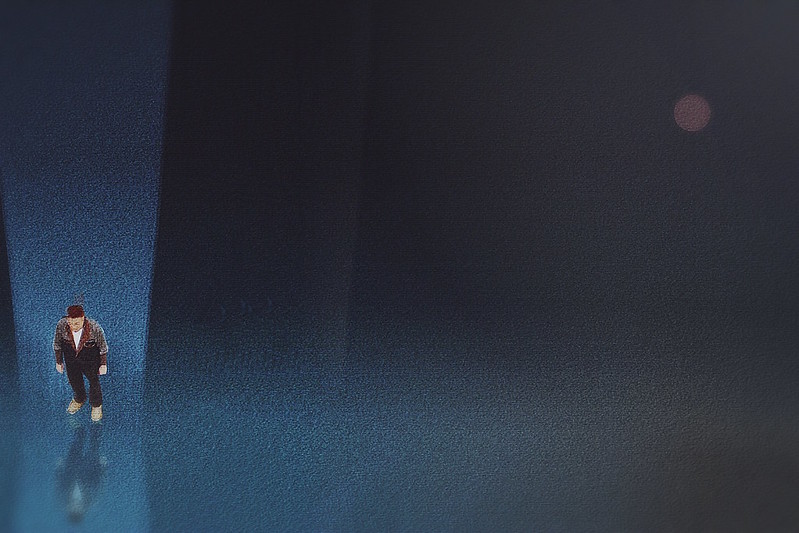 Backstory: i tried to describe nothingness. nothingness doesn’t mean zero or void, but possibility for creation. 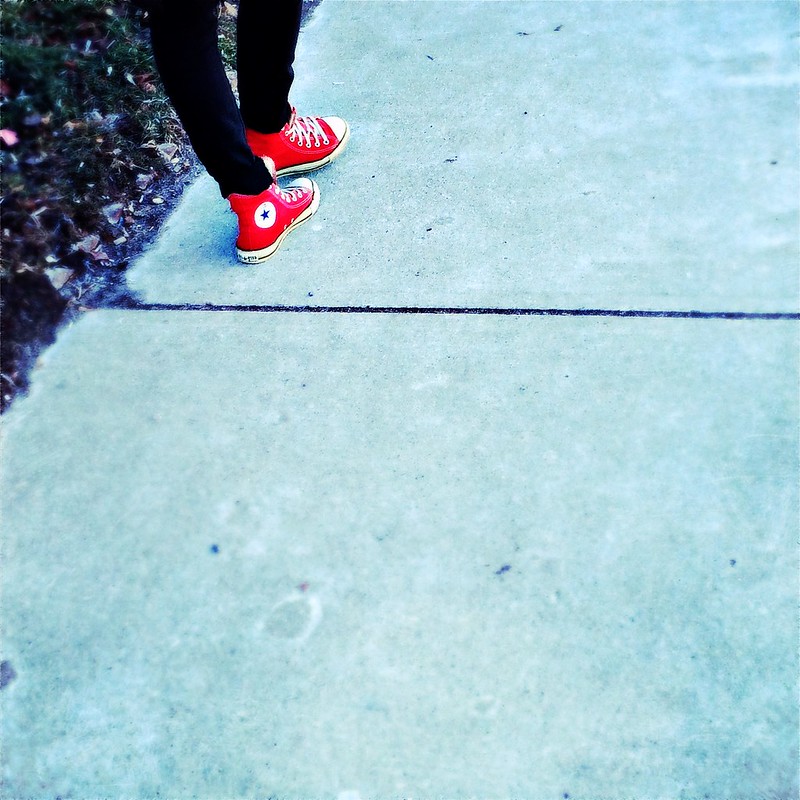 Apps used and backstory: Shot and edited with Hipstamatic as a tribute to David Bowie. 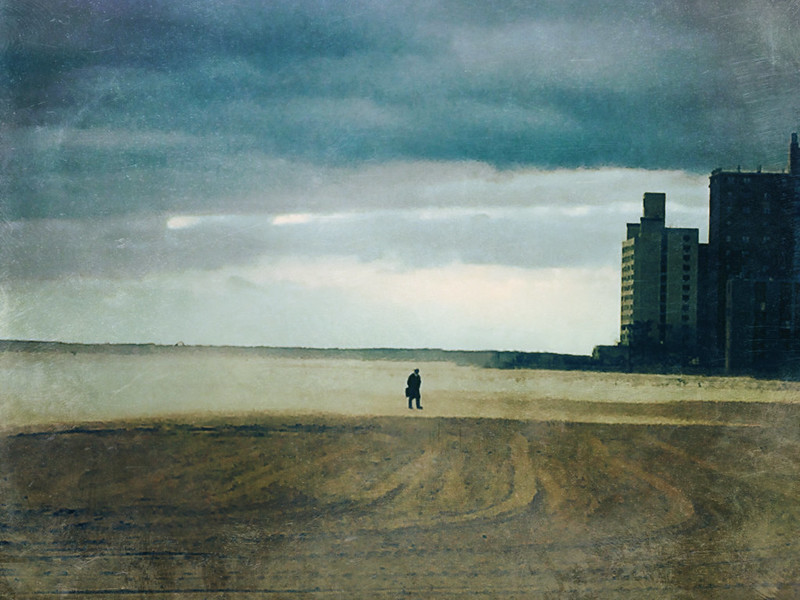 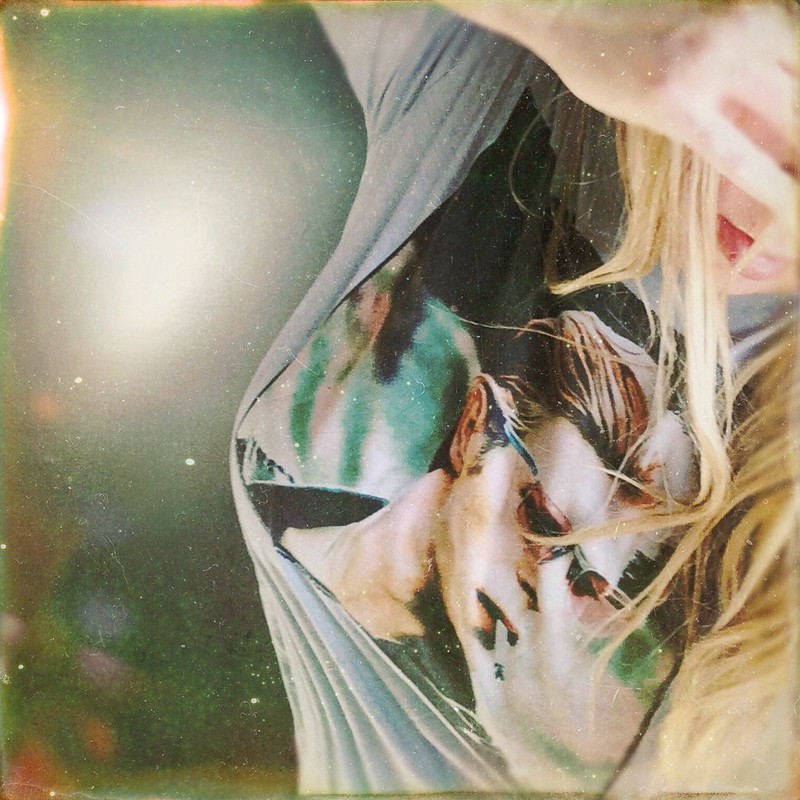 See you in space by Susan Blase

Backstory: This photo was physically very quick and easy. If not instinctual. It was however very trying emotionally. The whole week was one of the hardest I’ve endured in my life, and the loss and challenges close to home I chose to keep that way. I was so forlorn it took me out the loop a bit and I didn’t even realize David Bowie had passed away until the next day. It didn’t even seem real. I felt this was something that i could share as it’s no secret that music drives me and my art. And it was so strange to think he was gone, as he was there through my entire life providing an ever changing soundtrack.

But he was so much more than that. He was style, film, charm and just so darn cool. I was lucky enough to see him live even. I went off my first thought and pose while just being totally gutted, using Hipstamatic/Oggl and just bits of color in Afterlight. I wanted it to just be raw and in the moment. I’ll repeat that someone likened it to something elemental, like there’s a color now missing. To me it summed up how I felt of all that had happened perfectly.

“Too much. This I feel is disconnected enough from my life to express but is another jolt all the same. I know I don’t share much on here but I’ve had too much loss and sadness this week to bear. Even though I was lucky enough to see Bowie live, I feel like a part of me that has always been there as a soundtrack is missing. Like a strange reminder yet again how hard it is to let things that give me so much joy go. And how I need to cherish what I do have while it’s still here and not take for granted. I suppose I still have his music to help me drift away when whatever the cosmos continues to throw at me becomes too much. But hard all the same.

Someone just told me a great quote that sums up how I feel at this venture. It’s like something elemental was lost or an entire color is missing. Thank you all for being kind to me and letting me add some color into your days, as you do mine. Right now I’m black.”