Welcome to this week’s Apps Uncovered, our weekly feature, showcasing iPhone art and photography from around the world. Sheldon Serkin (who features in our book) steals the lead spot this week with another one of his great street photographs. Sheldon has developed an amazing talent for becoming invisible to his subjects, capturing brilliant moments like this tired woman and child in his image “Micah”.

Thank you. as always to everyone who submits to this group. I encourage you to click on any of the images to see more of the artist’s work on Flickr. 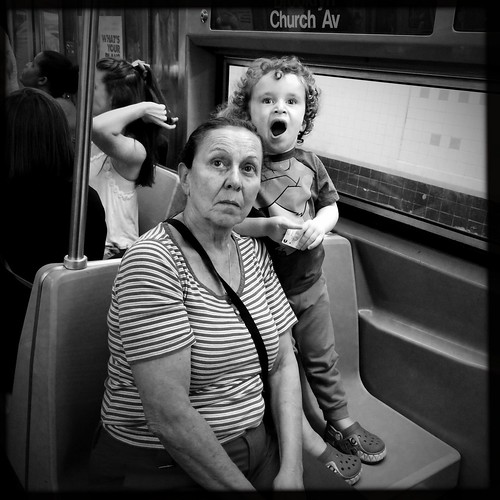 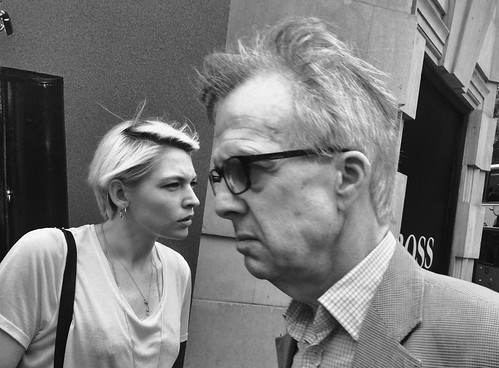 Face off by Rob Pearson-Wright

During the working week I have to take moments as they come and be prepared but at the weekends I can afford to be a little bit more considered with street photography.
After a fruitless time at a local farmer’s market, I moved on to the nearest subway station, in search of characters. I had a vague story I wanted to convey and just needed the right players. I found my lead actress who had a steely and intense gaze and just needed my lead actor to appear from stage right. I didn’t have to wait long.
He approached from my preferred direction heading straight for his mark. As soon as he was nose to nose with my actress, I hit the shutter. His slightly grumpy or arrogant look was easily countered by her, ‘I don’t take any sh*t!’ gaze. I liked the perspective of his larger head against her smaller but more deflective look. All the backstory is implied but I like the fact that I fulfilled my own story’s brief.

The shot was taken with Camera+ and edited minimally in Snapseed. 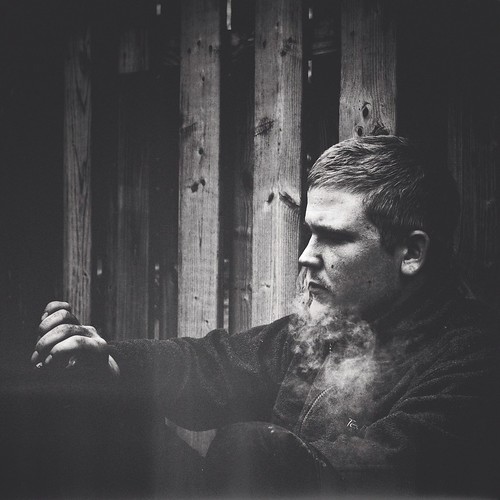 What I was looking for in this image was a timeless soviet style. So applied a Monochrome then MonoVu for the b&w, Snapseed for the contrast and light and Mextures for the grain. 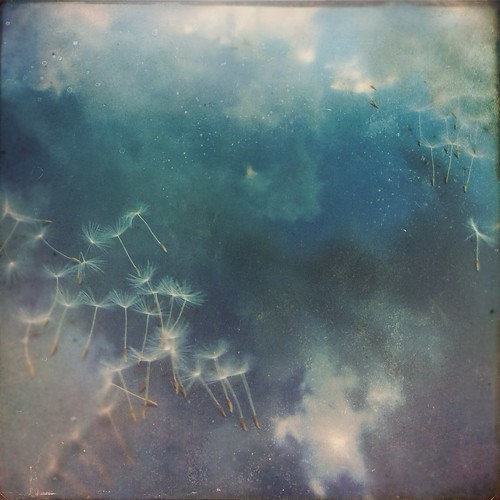 This photo was one of those that I have complete in a flash. I can thank Hipstamatic/Oggl app for most of the focus and coloring. The option of being able to chose lens/film combos in Oggl has brought me back to using Hipstamatic as a base for a great deal of my shots these days. I will add that the “secret” of this shot is that it was in fact taken of dandelion spores laying on top the roof of my VW Beetle. The clouds are a reflection of the sky under which I was parked. I added a slight bit of texture using one of my favorite apps, Mextures. Other than that this is one of those captures that didn’t really need much magic added at all! 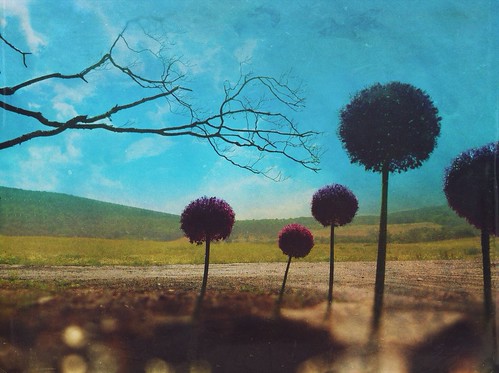 This shot sat for a while until I was finally satisfied with look of it. It was taken during a sunshower that was giving way to a full blown thunderstorm. The giant Allium bulbs finally bloomed and I got down on ground to try to get an interesting perspective of whole landscape making them the focal point. I blurred the frame a bit using Tadaa to add some bokeh and interest, then slightly tweaked the color and added a slight grain with Mextures and Pixlromatic. I was finally happy with the result after revisiting several times until I realized it was best left with minimal adjustments. To me it kinda looked like a Tim Burton scene when it was all done, it’s one of my favorite photos of the past couple of months I’ve worked on. 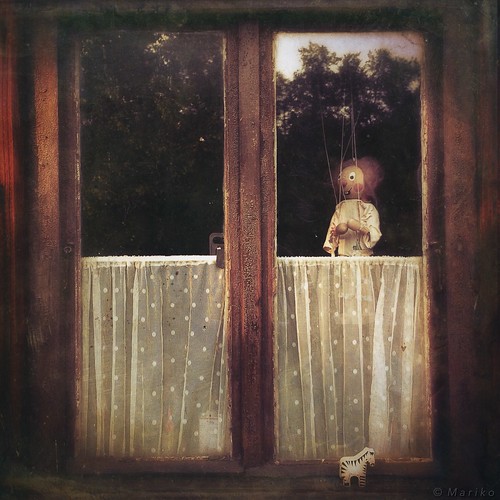 Recently I passed by a typical bavarian style wooden house at a lake in Ebersberg and saw this puppet looking through the window. It reminded me very much of Pumuckl.

Pumuckl is a little Kobold, a cheeky imp. The funny adventures of Meister Eder, an old master carpenter, and his Pumuckl are very popular here in Germany.
This photo was taken with Hipstamatic Sergio lens and Blanko Freedom 13 film, my favourite combination at the moment. I cropped the image and made minor adjustments with PhotoToaster and applied the Roosevelt Emulsion texture of Mextures. 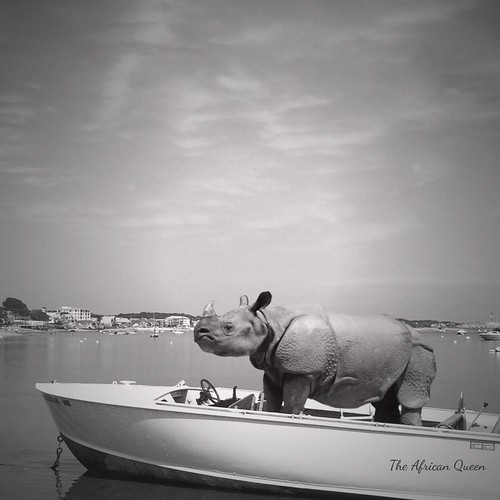 The African Queen by Janine Graf

I listed the apps used in the tags, but here’s some back story for you / everyone:

“I saw this cute empty boat in Provincetown, Cape Cod last week and figured it was the perfect vehicle for my traveling rhino (her balloons needed to be refilled anyways). She was really easy to place inside with Juxtaposer, as she’s already saved as a stamp. Using the Impression app, I dubbed the boat, “The African Queen”, which I thought was pretty funny.” 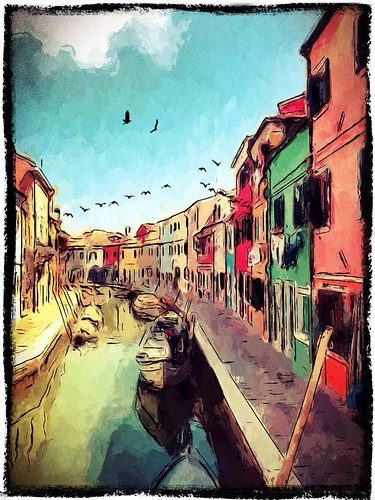 The apps used: Snapseed for tuning, PencilFX for a sketch. Glaze to get a painterly effect. Superimpose to blend. And PhotoToaster for texture!

It was sundown. I was exploring a local fairgrounds which was, at that time, unoccupied and empty. However,I noticed an adjoining farmers field. It was full with the season’s corn crop. The crop’s boundaries were established with a barbed wire fence. I wanted an image from beyond the fence so I carefully positioned myself near the wire and extended my camera arm over the barbs.
Since the corn and reed grass were so high I could compose the image with a classic two thirds foreground and one third background.
The inherent drama of the image came from the sullen,yet lighter sky contrasted with the dusky, earthbound corn leaves and reed grass, which seemed huddled together in some shadowy metropolis; every individual plant and leaf stretching upward through the black soil for a position closer to the fading light. This was the interpretation I wanted to convey with my processing.
I shot the image with Oggl. I chose the E2 preset in Vscocam to smooth out some of the tones.Then I developed it further in Cameramatic. Finally, I added some noise reduction and clarity in PS Express. 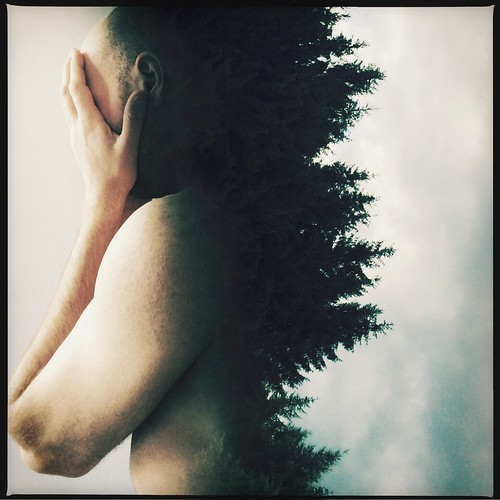 I rediscovered union app, an application with very great potential, i always liked the photo has double exposure and this app is perfect for this, , i also used oggl for final finishing (Burke Lens and DC film) 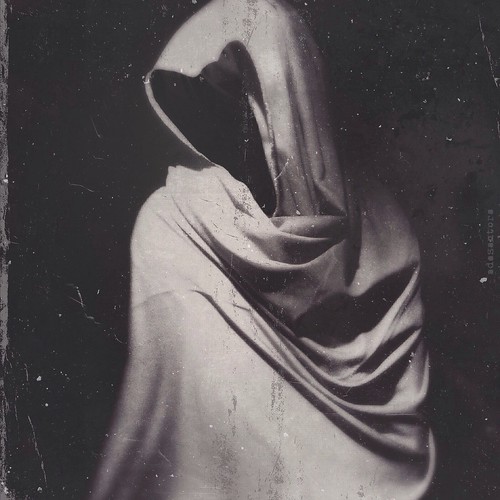 The Unflesh II by Ade Santora

The walker by just dragonfly