This week’s Apps Uncovered presents a selection of what I found to be the most interesting images for the week in our Flickr group, across a wide range of styles and subjects – but with one common theme – some element of architecture is a key part of the scene or central idea.

My selections this week from our Flickr group return to one of my favorite themes (so much so that I have to keep trying to come up with original names for them) – black on white, otherwise known as the B&W photo.

This week’s lead artwork, “West of Los Vegas…” by Joseph Cyr, is a splendid study in contracts, of light and dark, with a light and feathery cloud suspended over an ominous looking mountain range with a starkly beautiful landscape dominating the foreground. This is the perfect kind of scene to capture in black and white. Joseph quotes Edward Abbey: “Men come and go, cities rise and fall, whole civilizations appear and disappear — the earth remains, slightly modified. The earth remains, and the heart-breaking beauty where there are no hearts to break. Turning Plato and Hegel on their heads I sometimes choose to think, no doubt perversely, that man is a dream, thought an illusion, and only rock is real. Rock and sun.” 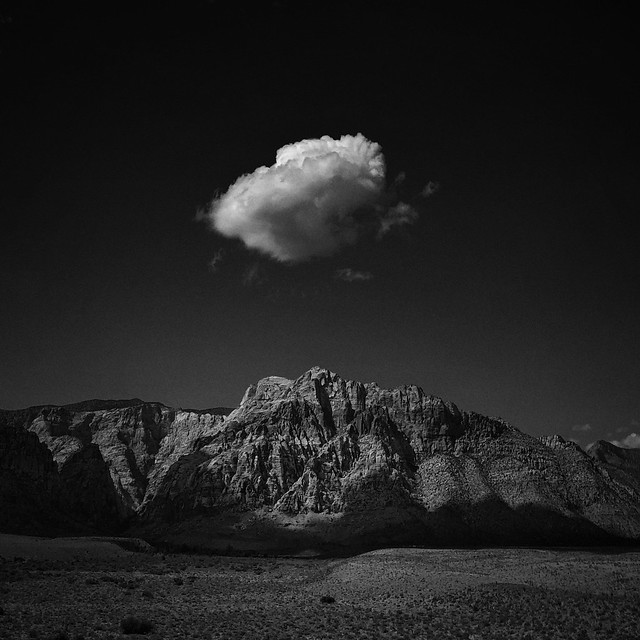 Apps used and Backstory: A couple of weekends ago, I accompanied my wife on a work seminar in Las Vegas. I had been once before, but had never stayed on ‘The Strip.’ To each his own, but I tired quickly of the spectacle of lights, copies-of-elsewhere, and excess. So, I drove west, up out of the city to explore the mountains in the Red Rock Canyon area. The Mojave desert, compared to where we live the Sonoran Desert, is much more sparse and forbidding. The skyscape that day consisted of a few lonely clouds skimming over the naked geology; I found a place to pull over just in time to get this cloud over this peak. Taken with iPhoneX, native camera, converted to b&w in the snapseed app. 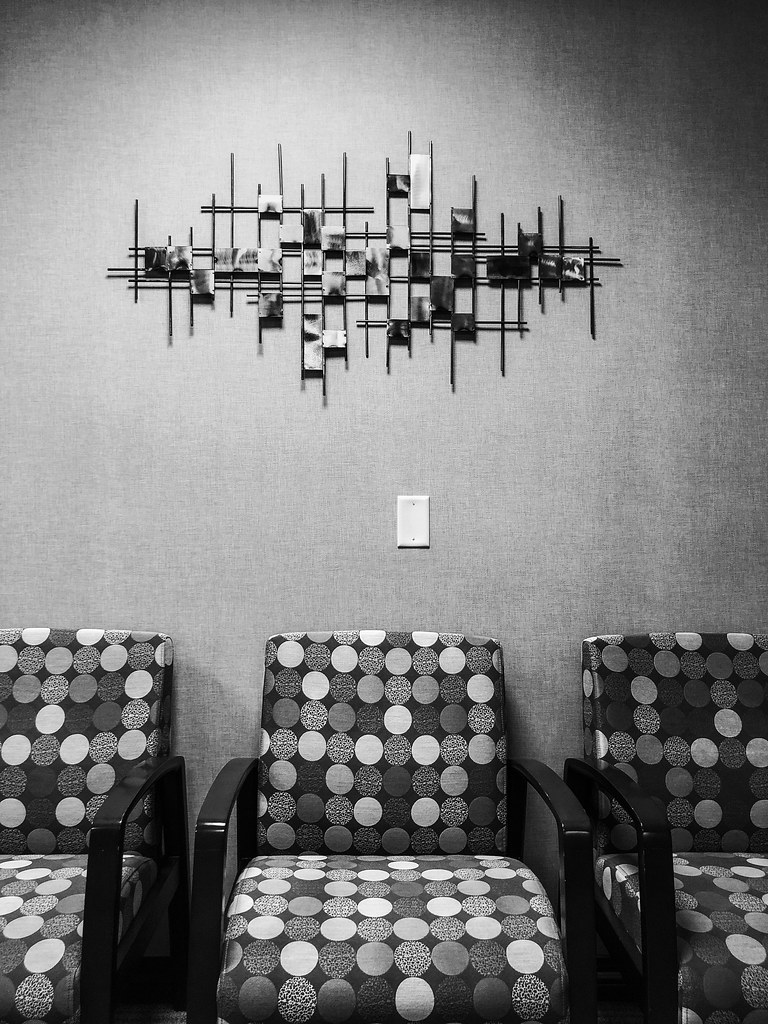 Apps used: iPhone 8+ and shot with the Argentum Camera app. GW Filter
Backstory: I was in the waiting at a medical facility when I noticed the unusual decor, especially the metal artwork on the wall. It was all very geometric and an image formed in my mind. It needed to be black and white. Fortunately, I had recently installed the Argentum app. For b&w mobile photography, it has quickly earned its place as my go-to app. 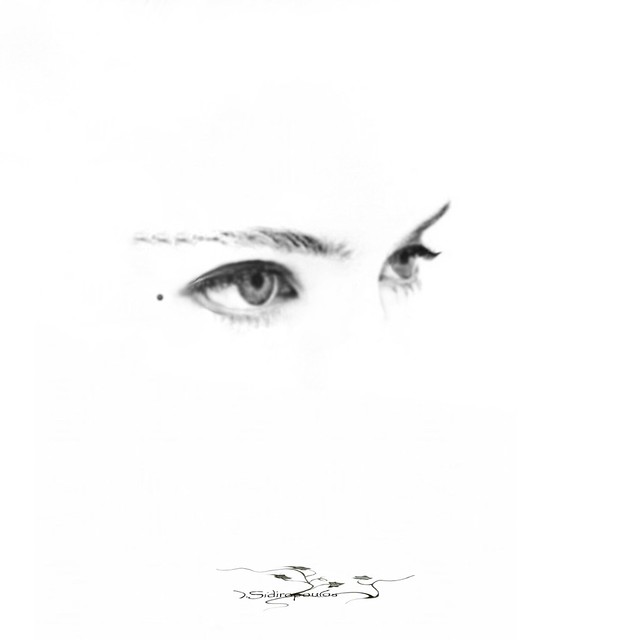 “The State of the Dammed” by Ioannis Sidiropoulos

Apps used and backstory: I used the pro camera to my iPhone 7 to take the shot of the face … focused on the eyes then Snapseed to use the tool “curves” to adjust the light and the tool “selective” to adjust the brightness and the contrast and focus only to the eyes and the photo was ready for the final app “art range” to use the “pencil” there to add more eye lashes and the beauty mark and the “stare of the Dammed was ready to go public and hung the people with the beauty of it … 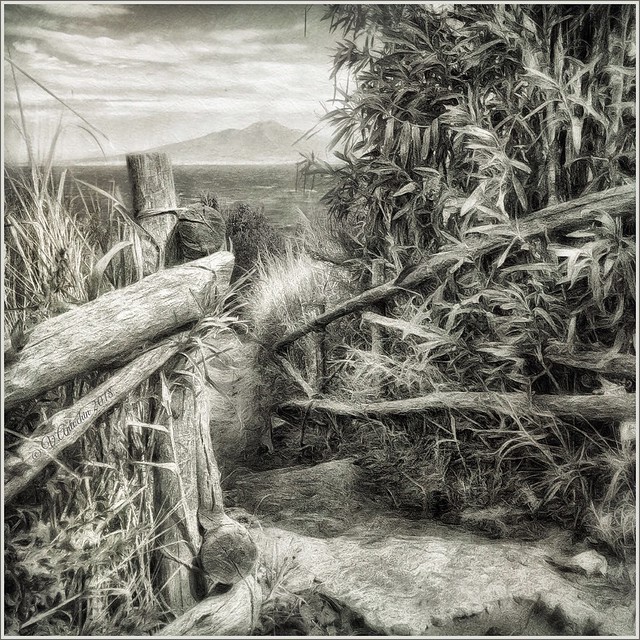 from the series “Walking in Italy”. Paths under Sorrento.(iPhoneX) by vadim demjianov

Apps used and backstory: Recently returned from Italy, the country of my inspiration. This shot was taken from the trail that leads from Sorrento to Regina Giovanna Bath. Photographed already on the new iPhoneX. Places around Sorrento are very picturesque, but I wanted to show it in graphic form. Therefore, the editorial was stylized as a pencil drawing. As always I used programs with wide possibilities: Snapseed, iColorama. 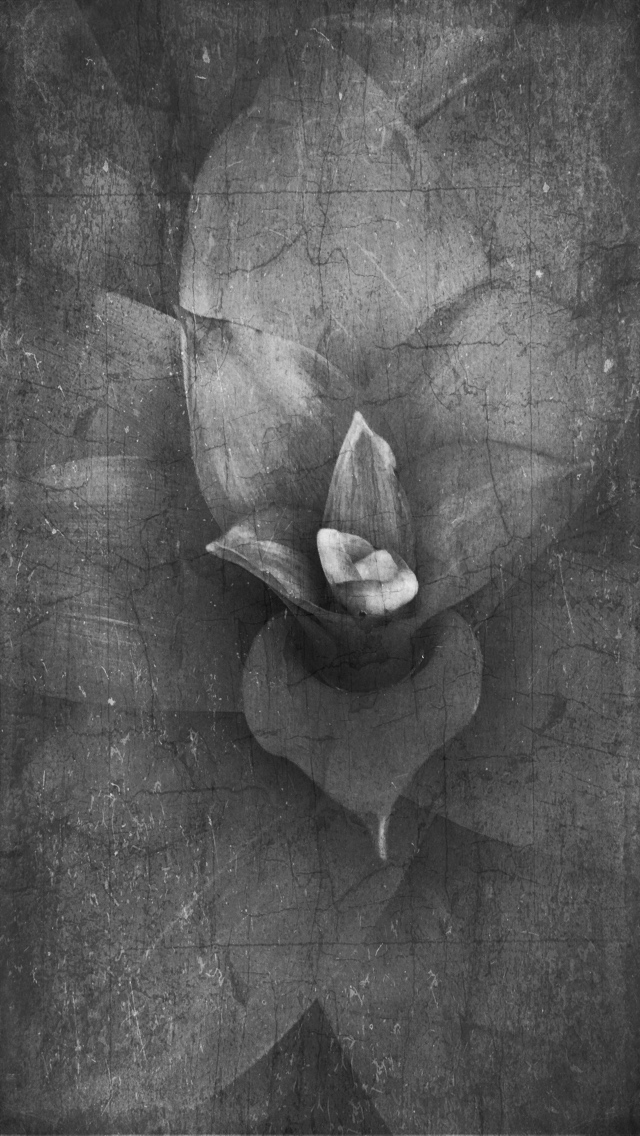 Apps used: Blender, Hipstamatic, Snapseed.
Backstory: I don’t often work from a plan instead I like to choose an image and experiment. I combine images try different apps and use techniques I’ve learned over the years to create something I would be happy to put on my wall. 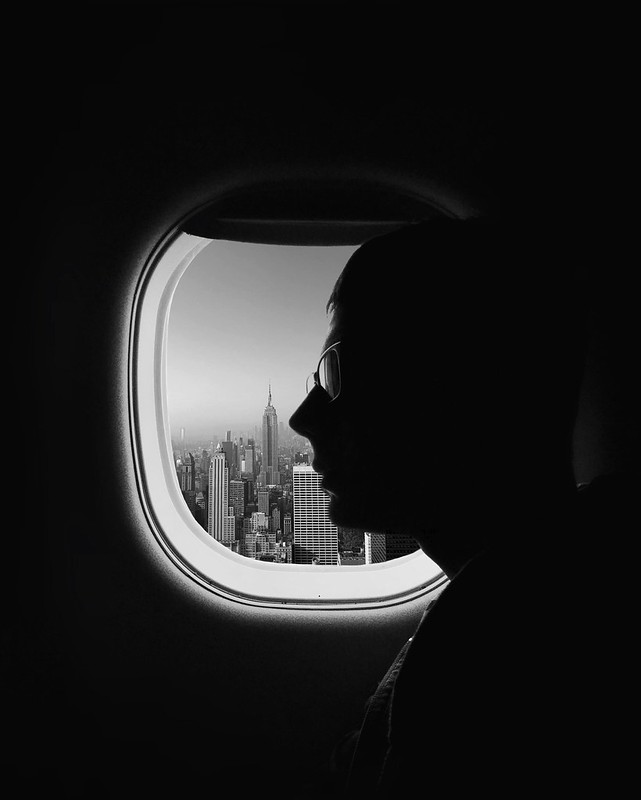 Apps used: Processed with VSCO with b1 preset 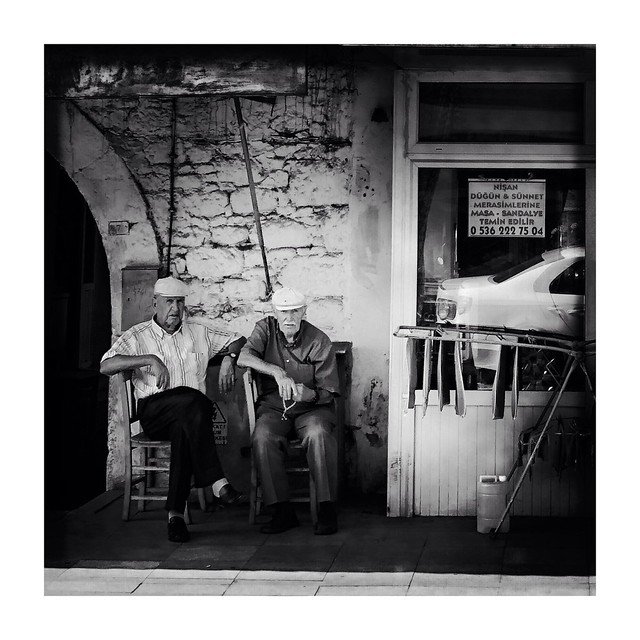 Apps Used: Snapseed, Hipstamatic Oggl (John S-Blackeys XF)
Backstory: I took this photo in the center of new city of Bergama, Turkey which was the most famous and magnificent city of Asia Minor at the first century AD. Now the ancient city of Pergamon is in the UNESCO Early Heritage List and both the ancient city and the new city with its friendly people are definitely worth a visit. 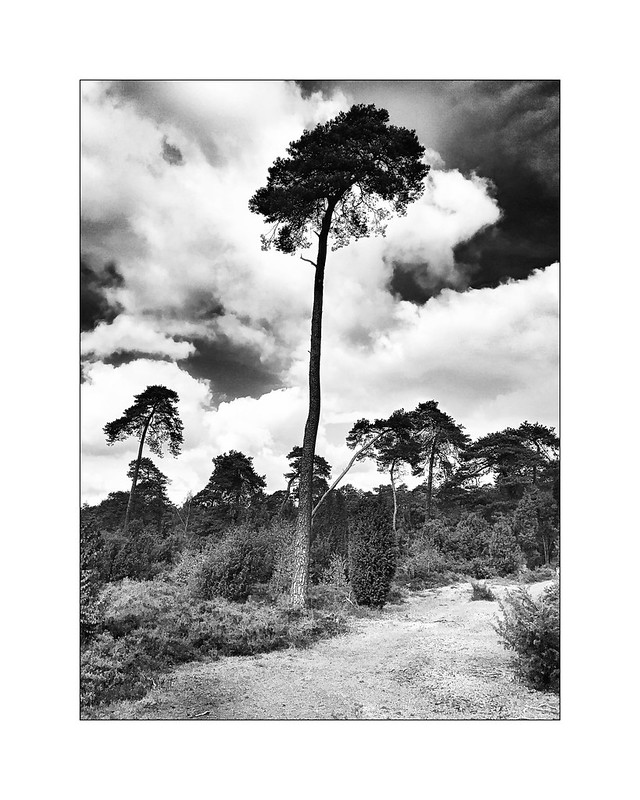 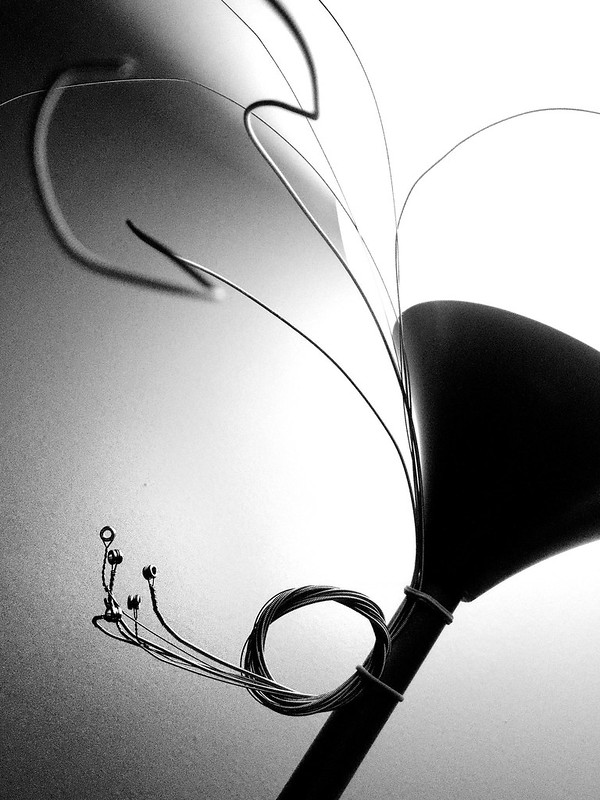 Apps used: Phone – iPhone X, Camera App – ProCamera, Processing:Camera+ – Snapseed
Backstory: I’ve been passionately playing finger-style acoustic guitar lately. A set of strings was retired from its job post for its exhaustion of life and tone. It was not tossed into the trash bin. I wound it into the profile of a 6-eyed snail with a wild tail instead, and tied it onto the lamp in my room as a way of keeping the notes played on it alive.
The image was shot in RAW with the iPhone X on the ProCamera app, developed into jpeg with the Camera+ app, then post-processed in Snapseed for black and white conversion with some dodging and burning. 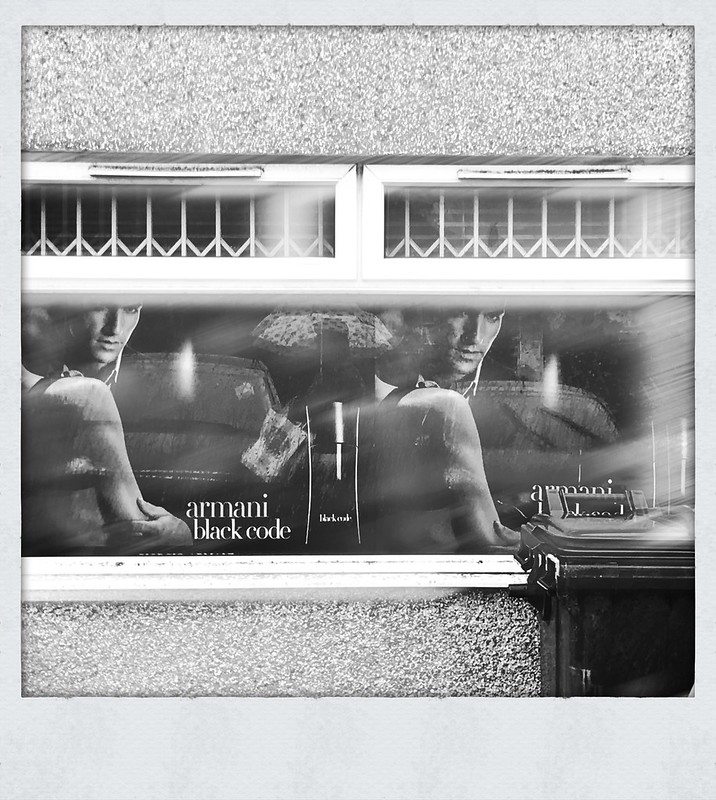 Apps used and backstory: Everyday I look around for my 365 photo of the day. Pouring with rain umbrella up and in the car park I saw my image. The shop window took my interest and the added bonus of my own reflection. Initially changing this image to mono, moved image into Hipstamatic and back into camera+ for a square format. 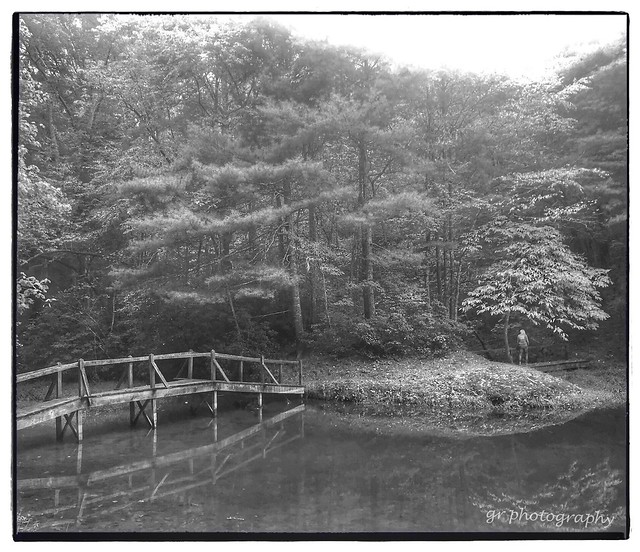 Apps used: jag.gr 6×7 and Snapseed for moderate HDR
Backstory: This image was composed for RULE OF THIRDS. Basically, visualize two horizontal and two vertical lines in your viewfinder. This creates intersections and straight lines. Notice first, the bridge is located on the lower horizontal. I waited for the figure to intersect the right horizontal and vertical lines. THE RULE OF THIRDS method creates what we call “tension” in a photo or painting and is significantly stronger than centering subjects so often seen in casual snapshots. 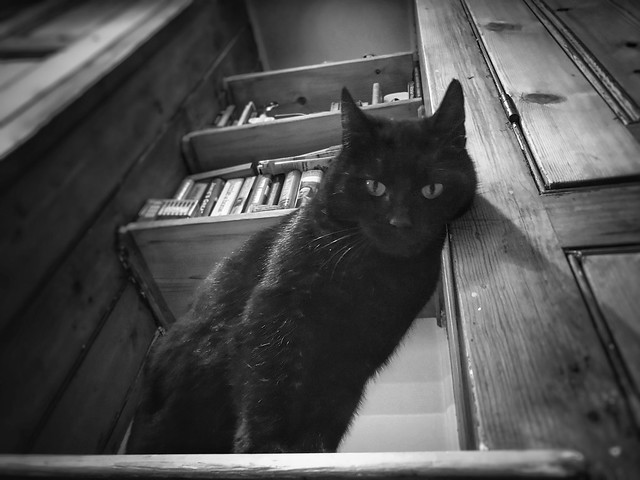 Apps used: Shot on an iphone7 and edited in Snapseed.
Backstory: This is a quick snap shot of our next door neighbours cat called Shadow who likes to come round and visit us on a regular basis..so he can get a treat I suspect. this is just one of many images I have been able to take of him as I think he loves having his photo taken.