Liz Traynor’s beautifully executed image “Nuclear Family on a New, Clear Day” gets the top spot this week. Liz captures a wonderful moment and utilises her great editing skills, employing the apps Painteresque and Snapseed to give the image a Nostalgic look – a masterstroke Liz! Jack Webb’s image, “Winter: Sea Grass” offers us an alternative beach scene from from Liz’s. Cooler and more neutral tones with wild, spiking grasses and a distant restless sea paint an altogether different mood that is both darker and poetic. Anne Highfield’s “Winter Gathering” delights us with her line of geese taking the plunge, the cool green tones make those orange beaks sing! I love Jennifer Bracewell’s mysterious woman. Jennifer breaks the “rules” of photography here with the subject’s supposed gaze peering out of the edge of the frame but those repeating lines in the background keep our eye interested in the image and the fact that we can’t see her face and the dark tones add to the edginess and feeling of discomfort present in the image. Thank you, as always to everyone who submits to this group. I encourage you to click on any of the images to see more of the artist’s work on Flickr. 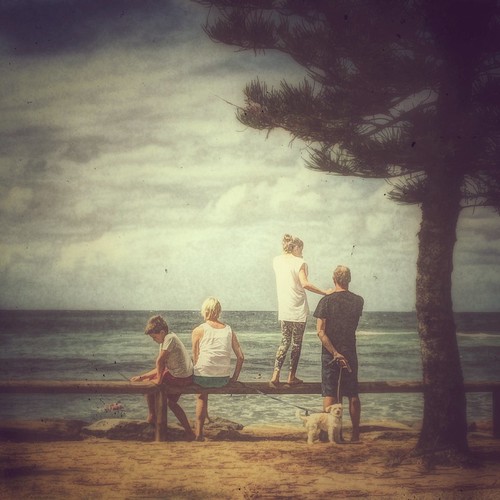 Nuclear Family on a New, Clear Day by Liz Traynor

I took this shot a few weekends ago when we were at one of our local beaches for the day. I had taken a lot of photos this day and this one was the very last. I actually took it from inside the car as we were about to drive home. As we were packing up the car, I noticed this family arrive and just before we drove away I snapped this photo through the windscreen of the car.  I used Painteresque and Snapseed to give it that nostalgic feel. I loved the way that the girl has her hand on her Dad’s shoulder and the boy and his mum are sitting close enough to touch. 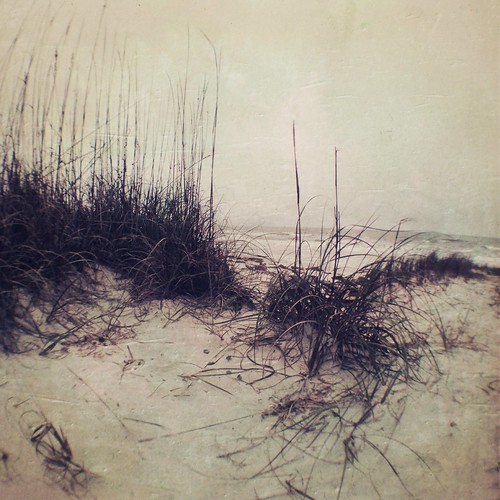 This shot was taken at Matanzas Inlet, Florida, one of my favorite locations. There are a couple of Hipstamatic combos that produce very interesting results when shot in stormy, low light, early morning conditions as this image was. This combo is the Yoona lens and the Blanko 1 film. Although the color is perfect for what I wanted from the scene, the texture applied by Hipsta is too aggressive for me, so I opened it in Touch Retouch and removed some of the wrinkles and bumps to give it a smoother look. 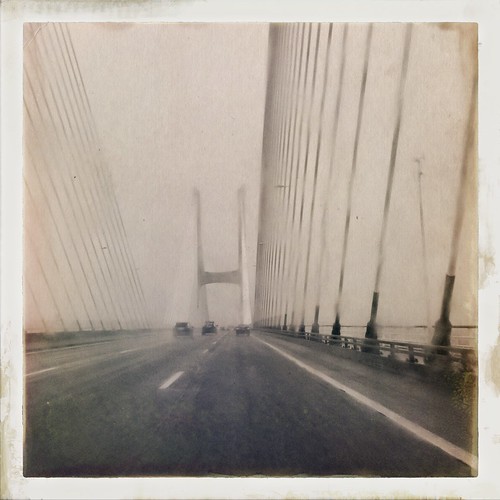 too many lines in the horizon by Jose Freitas 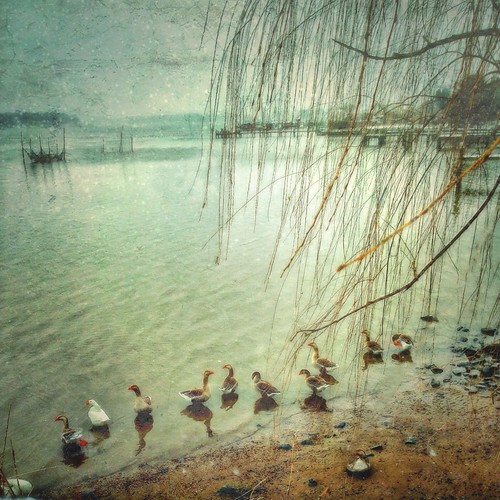 I took this picture during a walk in the snow in early March. I love what my iPhone can do with a gray, overcast sky and I set out to try to get a shot of the view down the Chester River in Chesterown, Mayand. I was lucky to find this image of the ducks with the fishing nets in the background. I started editing in Snapseed by adding some drama and doing some general tuning to warm the image. I then ran the image through a few filters in Glaze and blended them back with the original. I like how this process softens an image and makes the lines seem less harsh. Wanting a bit more texture, I ran it through Distressed FX. My final step was to reintroduce some snow to the scene with Snow Daze because the original snow seemed to get lost in all the filtered layers I had added. 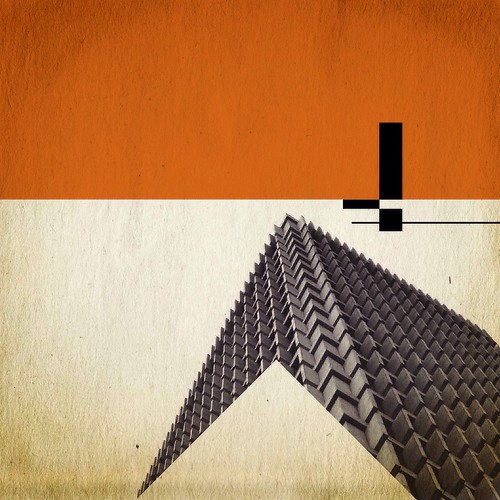 I was in old town San Diego and saw a woman, a beautiful older woman. I believe she was a tour guide. She was dressed in period Native American clothing standing in front of an adobe building. I tried to get her photo without her noticing but she was watching me. I waited until she turned and snapped this shot.

The only processing I did was changing the filter in Hipstamatic Oggl. I used Madalena lens and Robusta film. I liked how it enhanced the vintage feel of the image.

VI by Pu the Owl

The photo I took from the window of my house in midwinter. In Iceland in winter the sun rises very late in the morning, at about 11 AM or even later, and even when there is some light outside, it’s usually very overcast and the atmosphere is eerie and crepuscular. Over the window there is often heavy condensation which sometimes turns into a layer of thin ice and create a natural filter between eye and outside world. It’s the ideal time for quiet speculation. The original image was taken in Camera+; textures and cropping were applied in Mextures and the soft foggy feel was enhanced in Infinicam. Final black and white toning was achieved in Vsco Cam.

I was walking in the afternoon in my city Belluno in Italy, smartphone in the hand, looking at the light. Click!
Taken with Pureshot, edited in VscoCam 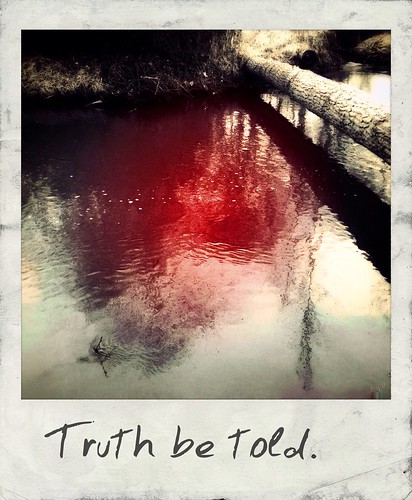 Truth Be Told by iPhoneArtGirl 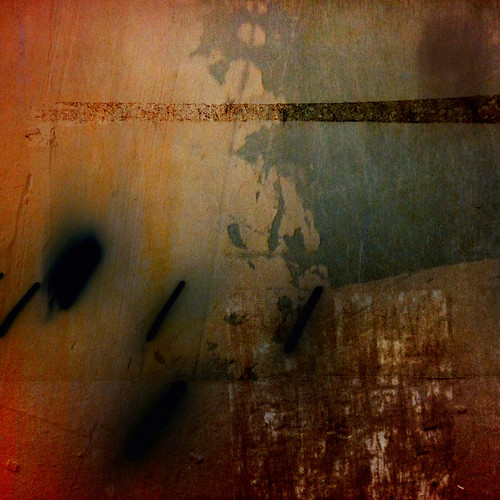 La La La (This Is Music) by Nettie Edwards

I enjoy making composites and collages as a form of meditative Art Journaling that creatively documents the places I’ve been and things that have caught my eye during the course of a day. I’m especially fond of things that mark the passage of time and Human intervention: wall textures, peeling advertising posters and random scribbles. This composite was made during my last trip to Paris. It brings together a morning walk along Rue Clignancourt, followed by an exploration of the Palais de Tokyo. I collaged and blended elements from four photographs. There was one more, depicting graffiti I’d found on a corridor wall that read “this is music”. I decided that the graffiti was an element too far, but the words felt apt for my colourful journal page, so I kept them as the title.
Created in Blender