Brandon Kidwell returns to Apps Uncovered with his beautifully shot and processed “Solitude”, a stunning and very cool cinematic image of Brandon’s son posing on some hay balls in an open field. Please read Brandon’s description below for the full story on how he captured and processed this wonderful image. More beautiful images from another Apps Uncovered returnee Stephanie Roberts from whose iPhone, the most stunning visual poetry seems to roll out of. Please check out Stephanie’s Flickr work by clicking on her image “But it is just two lovers, holding hands…”. Cedric Blanchon, winner of this year’s Mobile Photography Awards and long time veteran of Apps Uncovered delights us with another of his solitary figure images “Urban Western”, the mysterious “, beautifully composed and skillfully crafted as we have come to expect of this exceptionally talented artist. We have a wonderful pair of colour abstracts, the first from the keen eye of our urban abstract artist Mark Walton in his beautiful “Kettle’s Yard” light switch. I adore Mark’s work and his eye for the beautiful treasures to be found in and around the urban decay around London. Equally well seen is the dripping icicles from the street sign in Jason Farrar’s “0263 Red, White & Green w/ Some Ice”. Jason has captured some great patterns and textures here.

Thank you all for submitting your wonderful images to our Flickr group and please don’t forget to include your Apps used for a chance to be included in the weekly round-up. We love to hear a great backstory is well so please drop us a note about how you came to compose and edit your image. 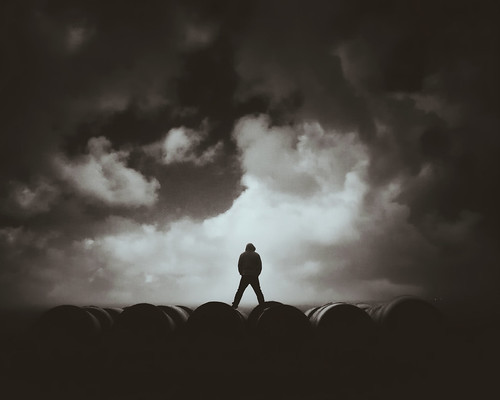 One day my son had some car troubles and I drove to help him just as the sun was coming up. There was a thick fog covering the ground, thick enough to accumulate on the windshield and I spotted some hay bails in an open field. After the car issue was resolved, I asked him to be my subject and we returned to that field. His natural pose was one of a proud stance with his hood up so I envisioned immediately a somewhat take on the world feeling and captured him very low in the frame to later fill with clouds from another image, it doesn’t usually happen but this image turned out better than I envisioned at the time as the noise reduction in Filterstorm gave the clouds a smooth and flowing look.

Process: iPhone5 using Camera+ app to take advantage of the quick shutter and exposure for the fog. I used Noir for the dramatic black and white which I toned down a bit in Filterstorm using the Luminosity setting to blend the images, I used VSCOCam to finish for the smooth tone and finished by layering the final image with the original to save resolution and used noise reduction.
iPhone5, Filterstorm, Noir, VSCOCam 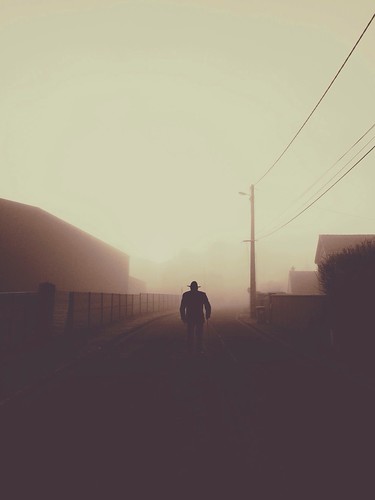 I shot this photo one morning with my iphone5s and there was a lot of fog, I then added a silhouette of man with juxtapose , I took this picture (this man with the hat) a while ago and I kept in my photo library, I find it adds a dramatic effect and a perfect backstory, then I used the beautiful app faded ,and my urban western was ready …

“But it is just two lovers, holding hands and in a hurry to reach their car, their locked hands a starfish leaping through the dark.”~ John Updike. Image by Stephanie Roberts

A lighthouse I’ve photographed too many times, it’s a place that conjures feelings in me both wistful and melancholy. Married to Updike’s poetic prose, this peek through the fraying winter grasses tries to tell a story of romance diminished as the day quietly dies. 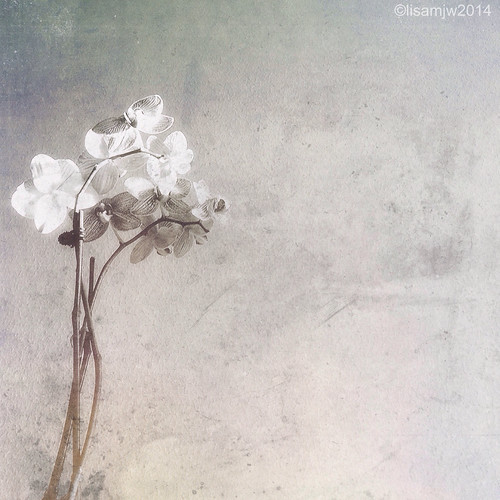 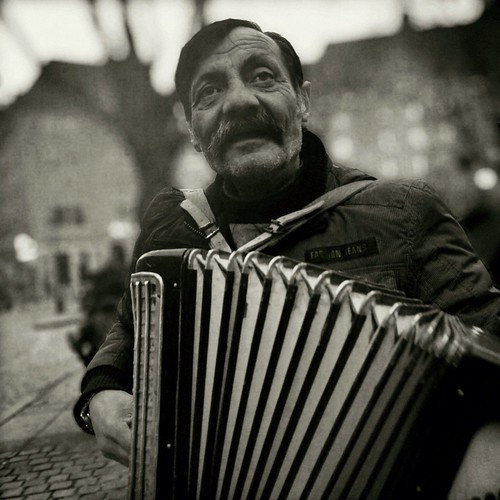 Shut Up And Play The Hits by Maktub77

Two weeks ago I was in Brussels in order to plan an exhibition with other mobile artists. When the meeting was over, I made my way to the station when I saw this busker. My iPhone always ready in my hand and small change in my pocket, I walked up to him, bent down and threw a euro in his hat and made my photo as I straightened up again.

I used for this one Hipstamatic, BlurFX, Snapseed, PhotoCopier and Leonardo. 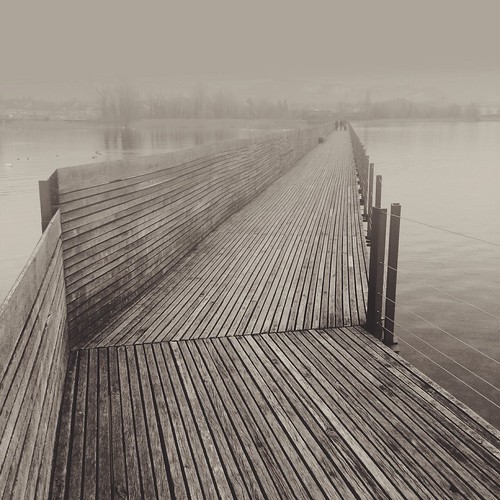 For this Photo i use Camera+, Superimpose, and VSCOCam.
This bridge is near from my Home and i one of my favorite places. 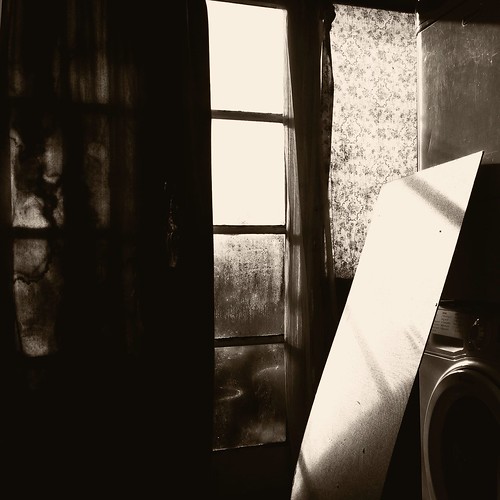 I shot this photograph at a friend’s house in Southgate, North London. The kitchen leads on to a small, glazed lean-to: what my grandmother would have rather grandly called a veranda, that my friend currently uses as a utility room. Over the years, the lean-to has become a patchwork of mismatching glass window panels, old pieces of cotton and net. On the floor, sit buckets to catch rain that drips through holes in the roof. It’s going to be demolished and replaced by a shiny new conservatory but I’ll be rather sad to see it go because Winter sunlight transforms it into a thing of wondrous beauty: to my eyes at least! 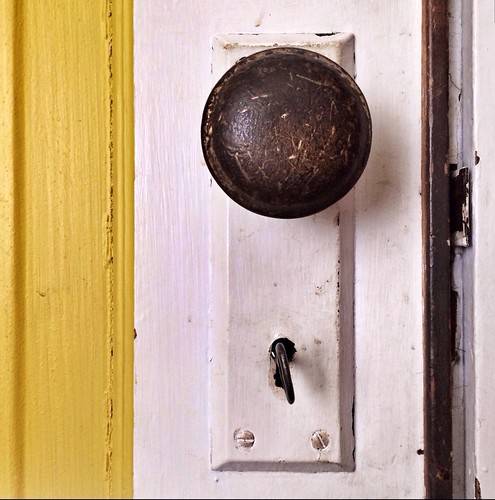 Shot and colour processed in Cameramatic. There’s no applied texturing or framing. I like to compose as I shoot, so no crop but I did use Touch Retouch to paint out a tiny bit of stray detail in the lower left hand corner that I thought distracted from the composition. 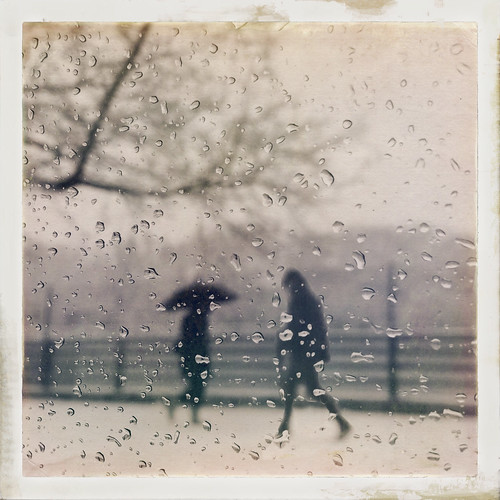 “Hazy Shade Of Winter” was shot from the passenger side on one of the many snowy, rainy and sleety days that NYC has experienced this winter. It combines elements that verge of cliche( if they’re not there already) –silhouettes, umbrellas, drops of rain on the “lens” – in what I hope is a unique way.

I shot it using oggl, with the Diego lens and Uchitel 20 film. Further processing was done with filterstorm and juxtaposer. 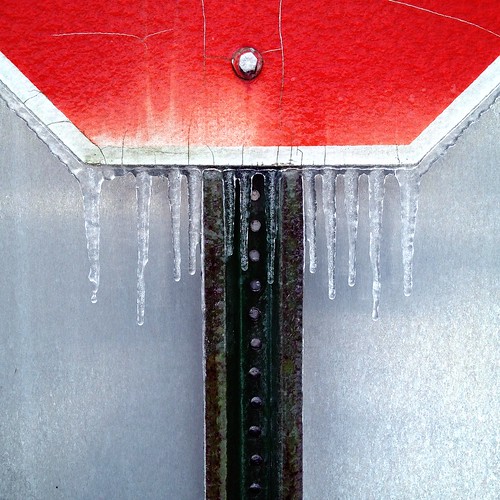 shot this with my iPhone 4S and edited with Snapseed. The story is pretty simple. After an ice storm, I walked around my neighborhood and saw this stop sign covered in ice. I decided that I wanted to shoot it in a manner that created a very symmetrical shape in a square format. Also, this sign had another sign attached to the pole behind it that created a nice neutral background, which I liked. After I shot it, I adjusted contrast and color in Snapseed…and that was it.

The Kettle’s Yard light switch was taken with 6×6 for iphone by jag.gr. Along with PureShot, also by jag.gr, it’s probably my favourite camera app. I like their simplicity and the fact you’re not overloaded with features or post exposure processing options. My editing is pretty minimal, I do use Photoshop Express to adjust contrast and brightness. I don’t use filters much. Kettle’s Yard is a house in Cambridge which houses the art collection of the collector Jim Ede and contains many beautiful objects. As you’re allowed to take pictures it has been photographed thousands of times and it’s difficult to say something new about it. I like the fact that these transparent light switches, which once would have had wallpaper behind them, have with the passage of time revealed their inner workings, like a watch with a clear back, and become part of the special character of the place. 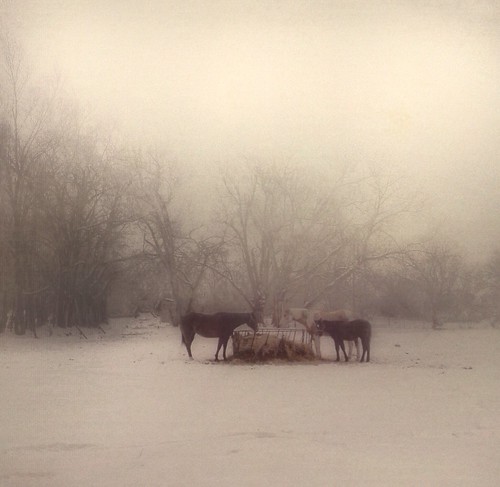 I just happened upon this trio while working. The cold and snow can make my job a little miserable , so I was feeling a bit sorry for myself. Then I saw this little scene of simple beauty. It made me just stop for a few moments and calm down. They seemed so content and serene. As for taking the shot , I had some trouble getting their heads out of the hay. I called out a few times until I captured this scene. I hope it doesn’t ruin any of the romance ( yes ,I think it has a romantic quality) ,but I had to manipulate this photo more than most. Behind the horses was a mobile home and on the right a row of houses. I used Handy Photo to crop them out. This is the most I’ve ever cropped out and I wasn’t sure it would work. It took several tries and I almost gave up. Next I used Superimpose. Even though it was an overcast morning , I used this app to add in the fog and mist. I then used a VSCOCAM preset. I don’t remember which one. Finally I went to Snapseed to adjust brightness ect… Snapseed was really helpful in spot adjusting contrast to blend in the fog in a natural looking way.