This weeks lead image comes from Boris B Shultz.  Life imitating art. Its in the details. As a plus; the crossover of  tones from painter, painting and painted have an effect similar to an infinity mirror.

Today’s showcase demonstrates a variety of approaches in using ones mobile device as a tool for expression.

If you’d like to see your images in the running for selection to our weekly Apps Uncovered feature, be sure to list the apps you used to create your image as well as enabling share under privacy and permissions when you upload it to the iPhoneographyCentral Flickr group. 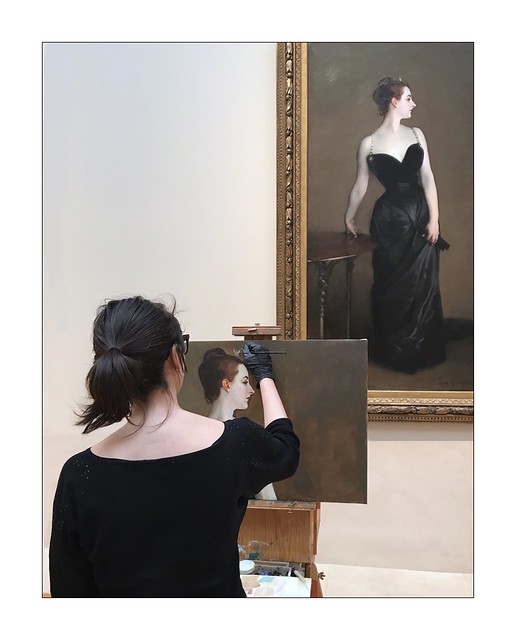 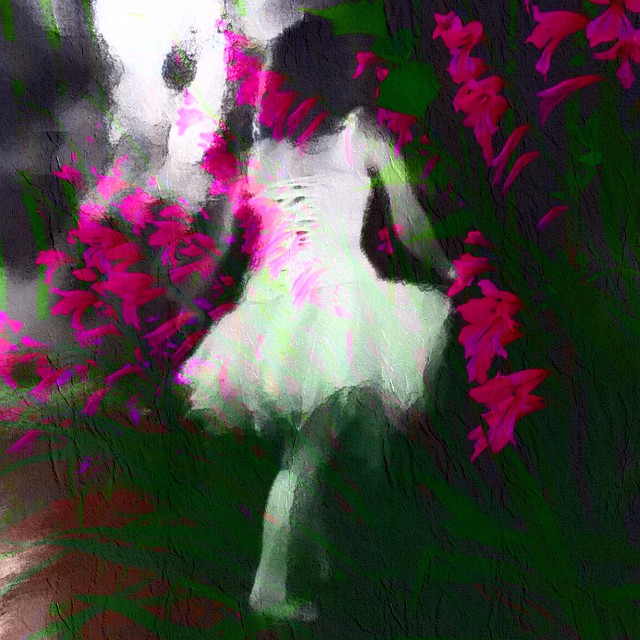 Apps Used: Repix, Hipstamatic, ImageBlender, and iColorama. This piece is a blend of two images that were worked on individually and then blended. After blending, additional texture and edits were added

Backstory: My yard is full of beautiful flowers this time of year and I wanted to create a fairy-tale like piece showcasing the colors of spring. 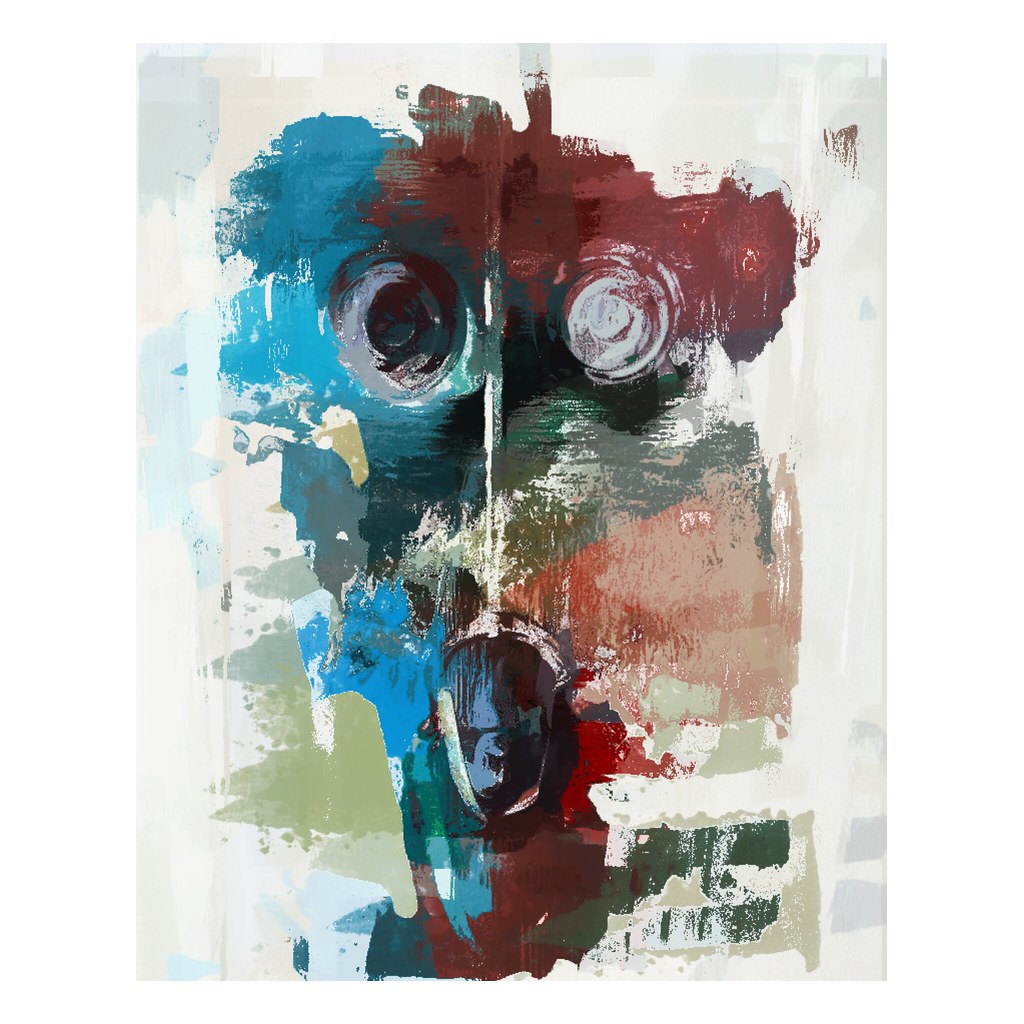 Apps used:: Camera+ and iColorama.
Backstory:
I made the foundational image using Camera+ when I was shopping at a reclaimed parts yard where I was looking for pieces to create an art fence down one side of my yard. My mind was wide open to new possibilities as I was starting that new project. When I looked, later, at the straight photograph in my camera roll, I saw an odd face latent in the image. Opening it in iColorama, I began painting in and through the image and what you see here emerged in the process. I love using iColorama to help me explore a wide range of non-photographic image=-making potentials in my straight iPhone photographs. There are lots of these kinds of explorations on my blog at http://iPhoneArtGirl.com

Backstory: second in series featuring this tree as a focal point 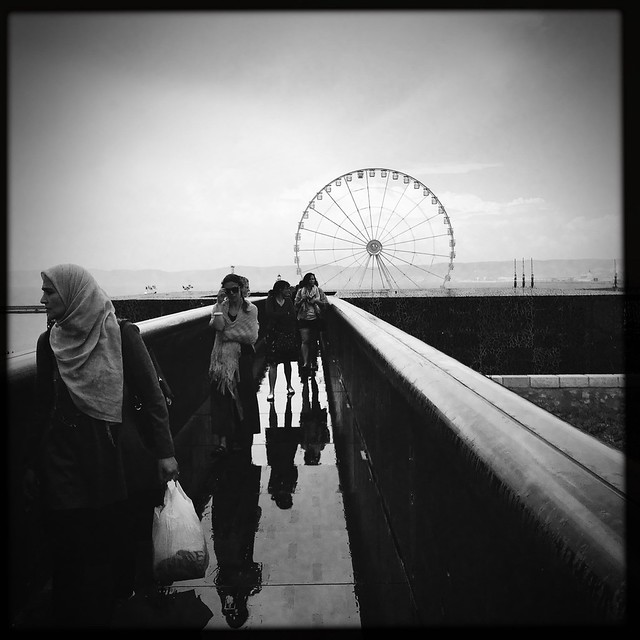 This photo is part of my 365 day project using the shuffle function of Hipstamatic. I was at the Mucem museum in Marseille walking across the bridge to the new building in a light rain. The angle, the reflections on the wet ground, the Ferris wheel in the brightly lit distance, and the woman in the foreground all caught my eye. The high contrast of this combo contributed to the drama in this photo 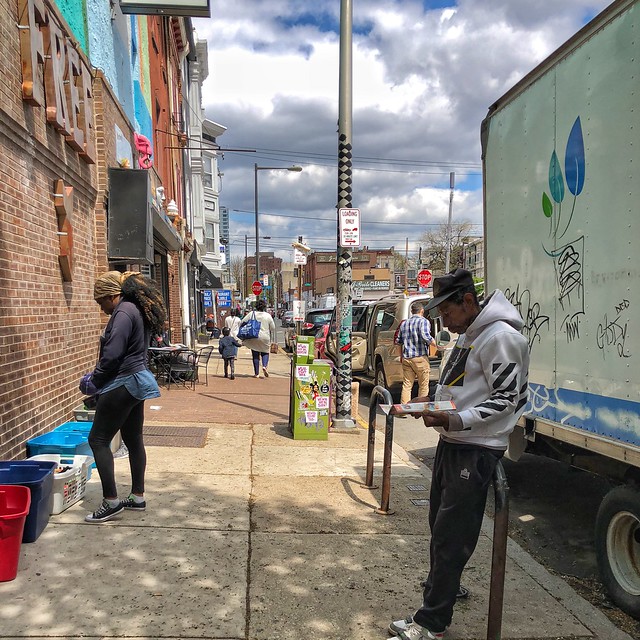 this image was taken about a block off of South Street in South Philadelphia. South street is comprised of unique and diverse shops, boutiques and restaurants, colorful buildings, as well as lots of interesting people for potential street photography opportunities. I was on my way to meet my son for lunch and came across this interesting sidewalk scene. I quickly took the shot with my iPhone X and my favorite app – Camera-M. I used Snapseed for post process editing. 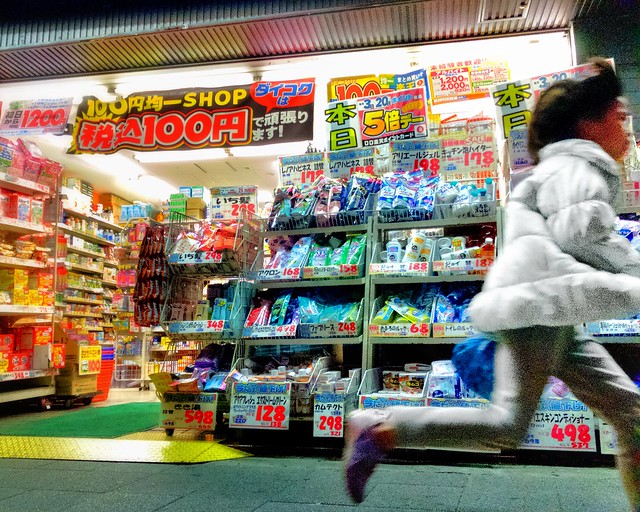 Paul Yan . We have no choice but to run away from that stifling shop

Backstory: Too much temptation and stimulus in consumerism, too many choices to test our the-more-the-better prejudice, too much bureaucratic hierarchy in a profit-making mechanism, and too much stagnation in the fear for action. We have no choice but to run away from that stifling shop that caters to all kinds of need.

With the Procamera app manually set at ISO 160; shutter speed at 1/90-second for a slight motion blur; and white balance on the cold side, I waited outside of the pharmacy, for the girl to run out of its door passing by the racks adorned by price tags. Post-processing was done with Snapseed in which local dodging and burning was done along with a mild vignetting surrounding the running girl. 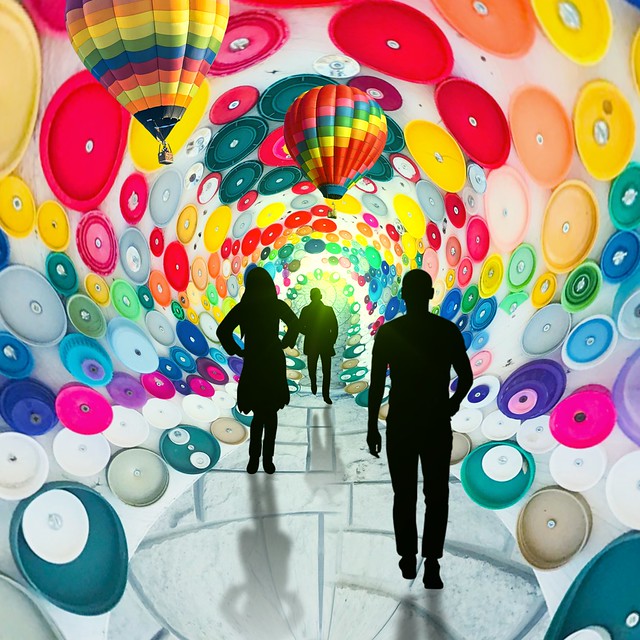 aka tman . the afterlife

I took the original pic in a local school, impressed by art on display outside in the grounds and the materials used for it and the theme of recycling.

When I did my processing on this one my only intent was to see what would evolve using the CIRCULAR app.Usually I use several apps but I was well pleased with what came to be using the image edit, lens flare, sky objects and people effects in this app. Six layers used.The final cut being sort of a spoof on Near Death Experiences which I`m currently reading about.