This week’s Apps Uncovered selections takes as its starting point ARCH’s Rainy Studio Tower – one of two iPhoneography Central Flickr group regulars who I am aware of that are featured in Apple’s brand new iPhone 6 World Gallery (the other is Brendan Ó Sé). Congratulations to both of these fine artists! And it’s great to see Apple finally recognize the creative possibilities inherent in iOS devices and the wonderful apps available for our use. Who knows where Apple will go from here – maybe they will now decide to embrace the community of artists and photographers that has emerged using their platform! Here is the Apple “Shot on iPhone 6” Photo Gallery. Here is what the image looked like when the photographer saw it later on a Tokyo street in an Apple advertisment – quite an honor! 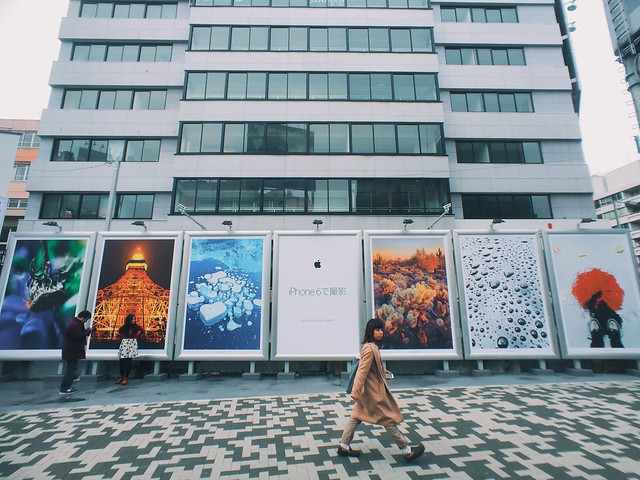 Another honor this week goes to Trish – two of her images were selected! 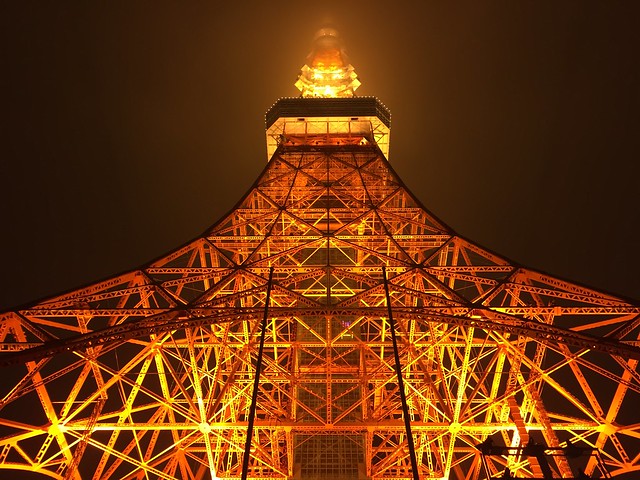 Backstory: This iPhone photo was taken at the same time as the EyeEm Adventure in Tokyo Event. 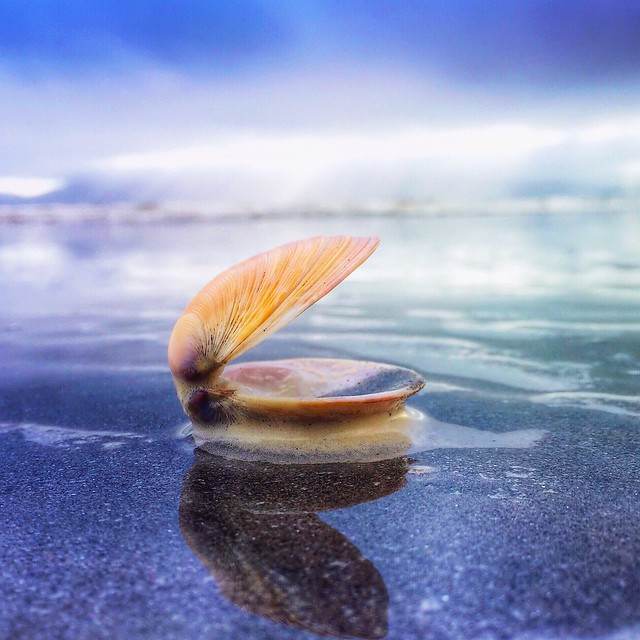 Backstory: This shot was taken on a rather stormy day at Waikanae beach, and the wet shells on the sand at waters edge were so colourful compared to the coast around them. I wanted to highlight this vibrancy, so I shot from very low to the ground (from the shells viewpoint), close to the shell, but showing the low cloud & sea around it. I used the HDR button, sharpened & “tuned” the image in Snapseed, & then used Photogene 4 to denoise and adjust highlights & shadows. Finally, I used the Radiance and Vintage Gradients in Mextures (such a good app!) A Bird in the Hand by Bill Green

Apps Used: Processed with VSCOcam with a4 preset and Snapseed

Backstory: As I stood on deck outside I heard a thud that was all too familiar. A bird had hit a window and now lay motionless on the wood floor. As I approached I could see it was bleeding from the mouth and obviously having difficulty breathing. At this point I considered it beyond help and thought about putting out of it’s misery. But I couldn’t. I walked away, waited about 5 minutes and returned. I found it still struggling to live. I picked it up. It gripped my fingers tightly with its feet. Hmmmm? Good sign, maybe? But by now the blood had started to dry and coagulate. I feared it was keeping it from opening the beak if needed. I took it to the water faucet and dabbed water on the beak until the blood was mostly dissolved. By this time it was sitting fairly upright, breathing better, and had more awareness than before.

I sat it on a large bolder in the shade hoping it would continue to improve. About 10 minutes later I check, it was still there. I picked it up again. Again it gripped my fingers with certainty. Now it was looking around like it was more aware. Another 5 minutes passed while it seemingly was comfortable sitting in my hand. Then it pooped (luckily not in my hand), stretched the wings a few times and launched itself into the air. At that I stand I was worried that I might witness a desperate, uncontrolled flight. But no. Watching it head to the trees it was obvious it could see OK and the controlled landing on a limb showed me it was just possibly going to make it. I felt much better.

I’m thinking it was a young female Red Headed Barbet. If anyone knows otherwise please let me know.

This was shot with an iPhone 5s using Pure Shot camera. I then used Snapseed and VSCOcam to process, as I do with 90% of my shots. The image was taken after the bird was about 70% recovered, about 20 minutes after the injury and 10 minutes before it was flying again.

Backstory: This piece is one of the pieces from my finger paint series. The pieces in this series always starts out in ArtStudio where I draw the figure. I then use the other apps to add some of my photographic images to create the story/scene. I am pondering the idea of writing a series of books using these characters and this style of illustration. 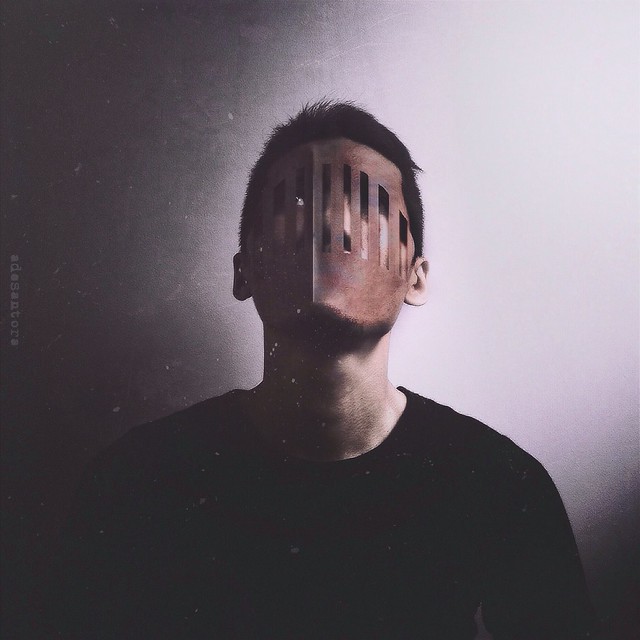 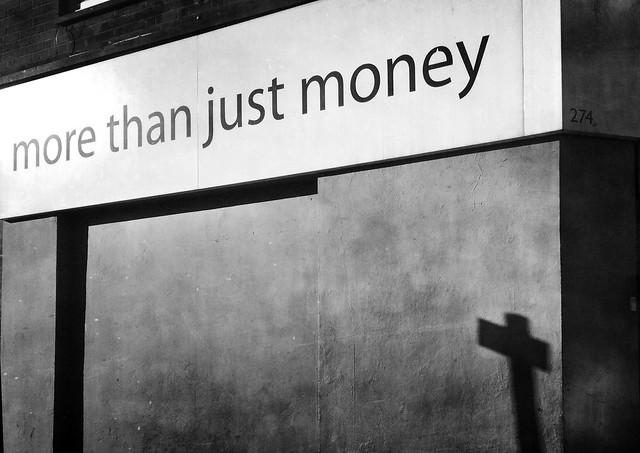 Every little helps by Rob Pearson-Wright

Apps Used: Snapseed, for an initial tweak of brightness and contrast. Mextures, to add a little texture and a slight vignette.

Backstory: In the last few weeks, Spring has made it’s presence known. I’ve noticed this scene amongst the numerous sunny days that have appeared. Each day I take the work mail to the post office and take the opportunity to hunt for interesting things to shoot. On sunny days, the shadow of a signpost for parking hits the side of a money-lending store before 3pm and it’s angle to the sun gives a silhouette of a cross. The symbolism of the cross along with the message on the store signage made for an interesting composition to my mind.

out of africa by Martin Slavíček

Backstory: Bohemian Crumlaw is a small city in the South Bohemian Region of the Czech Republic where Český Krumlov Castle is located.

For most of history, Anonymous was a woman. -Virginia Woolf

Apps Used:  iPhone 5s with the Kitcamera lens. Grunge lens and Pro 160 film. I framed it in the Superslides app.

Backstory: I was on my way home when I noticed this woman being photographed. I couldn’t resist taking my own photo of the lovely miss, but stood out of sight line of the actual photographer, so as not to disrupt anything.Apps used: This was shot on my iPhone 5s with the Kitcamera lens. Grunge lens and Pro 160 film. I framed it in the Superslides app.

Thusly, the title. And Ms. Woolf’s quote fit perfectly as a subtitle. 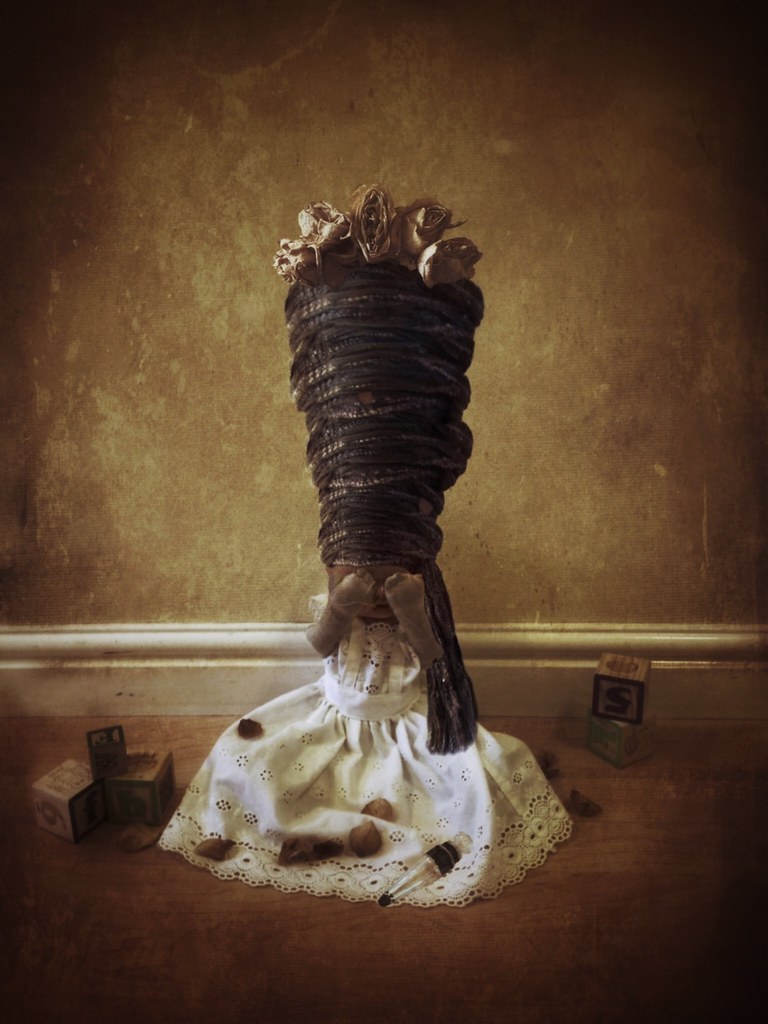 Backstory: A complete tutorial and background of the practical side of assembling this shot (as well as the inspirations and “story”) may be found on Joanne Carter’s fabulous site The App Whisperer: http://theappwhisperer.com/2015/03/04/picturebook-tearless-aibell-by-benamon-tame/ 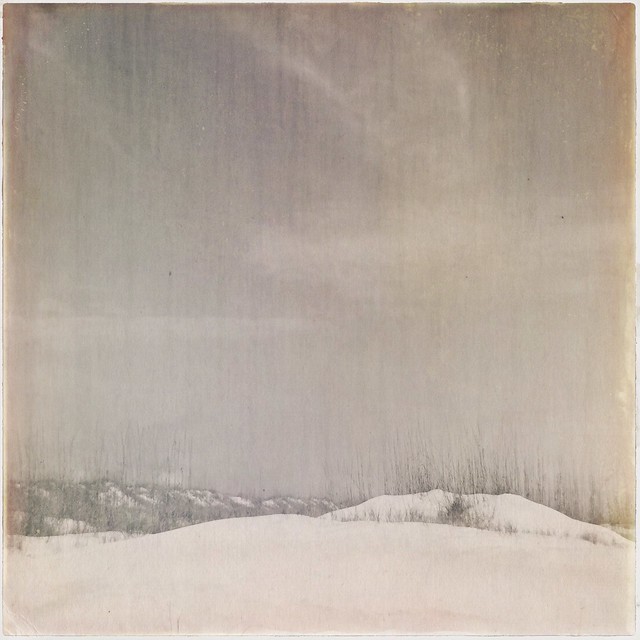 Backstory: The image was taken at Anastasia State Park, which is between St. Augustine and St. Augustine Beach. There are beautiful sand dunes, grasses, fence lines, ocean, and wind blown trees in the park. It is an excellent location for wildlife also. For anyone attending the bird photography seminars and workshops next month at the St. Augustine Alligator Farm, the state park is immediately across the street and is worth a few hours visit.

This image was taken with Hipstamatic using the Diego lens and Uchitel film combo. It was processed using Image Blender where I used a blending mode to create a slightly overexposed/stark impression. I then used FilterStorm to crop out most of the border. I am continually playing with negative space in images. I thought the stark, almost void of details of the sand dunes was a good counterpoint to the broad expanse of sky. 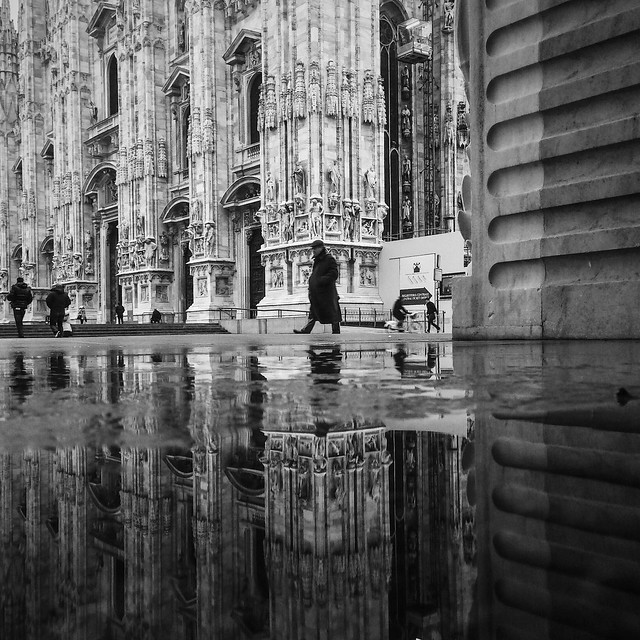 Time for reflection by Marco Lamberto

Apps used: Processed with VSCOcam with b3 preset 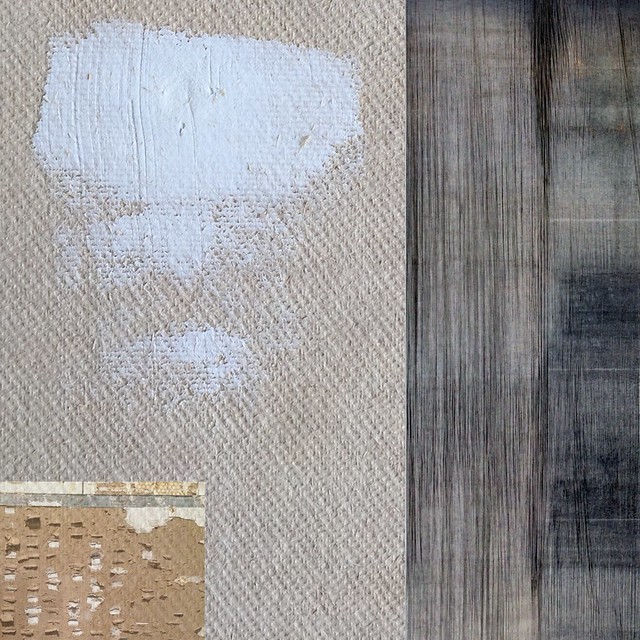 Backstory: I wanted to create an image around the shot of a comatose panel I took on a construction site. The panel had a spackle cloud and I was immediately drawn to the texture and the mark of a hand. Using Union, I was able to combine the background with two other material photos to create a sort of primitive skyline. The name was taken from the filter applied in mextures, it just seemed really fitting to this scene.

Backstory: This is part of an ongoing series of mine. Reeling from a recent romantic disappointment, I happened to notice a chair with a heart in its design while having lunch at a cafe. I decided that no matter what my sad tale was, love still is all around, if only one looks. Not just romantic love. I know this must sound like dialogue from the film “Love, Actually”, but that’s okay. I am still a hopeful romantic and not ashamed by it. So, as I find hearts in and around New Orleans, I take photos of them.