This week’s Apps Uncovered presents a selection of what I found to be the most interesting images for the week in our Flickr group, across a wide range of styles and subjects. I’m pleased to see that a couple of “founding” iPhone artists (i.e., they’ve been around more than 5 years) and contributors to our book (The Art of iPhone Photography) have returned to posting to the group after a bit of a hiatus – Carlein and Alan Kastner. Welcome back!

This week’s lead artwork is Resuscitation by Alan Kastner, in which the artist again places himself in front of the same window to capture an interesting moment that, as is often the case, grabs your attention as you study the expression on the subjects face. Alan notes that this setting has allowed him to take photos of faces at much closer range than he has been comfortable doing before. This artform, like any other, is all about pushing your limits and opening new horizons for yourself. Anyone familiar with Alan’s art knows that he has entered a new phase of self expression – and it’s a huge success.

In iPhoneography veterans Carlein and Alan Kastner (is it really an accident that their posts seem to occur back to back?), returnees Laurence Bouchard, Cindy Buske, borisbschulz2009, eliza badoiu, Douglas Kay, lorenka campos and columnsovsleep round out the week’s selections.

If you’d like to have your images considered for selection to our weekly Apps Uncovered feature, be sure to list the apps you used to create your image when you upload it to the iPhoneographyCentral Flickr group. (And as an added bonus to other members who would love to learn from your successes, consider adding the “Backstory” describing the creative process that led you to capture and process the image as you did.) 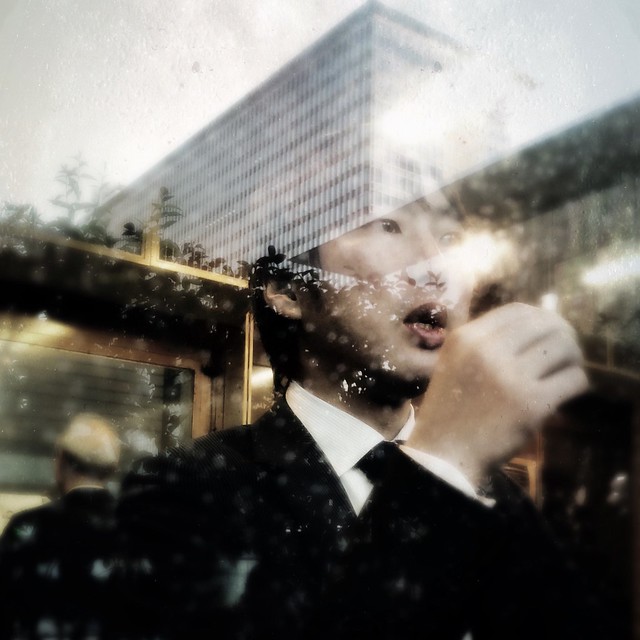 Apps used: Hipstamatic, Superimpose, Snapseed
Backstory: ‘Resuscitation’ is the fifth instalment in an ongoing series. Each entry is a candid photo taken through the same window at different times and angles as I try to capture a specific mood unique to each subject. It has proven an interesting exercise as I was never comfortable shooting faces from close proximity. It doesn’t get much closer than this.

The first five images of this series currently appear in my Flickr stream. I welcome interested parties to come and take a look.

I captured the image using Hipstamatic. Wanting to gain a little more depth and ambience, I then ran the unaffected file Hipstamatic saves through the app three times, using a different lens/film combo each time. I took those files and blended them to suit my tastes in Superimpose before making a few final adjustments in Snapseed.

P.S. As trivial background information, this photo proved remarkably successful on Instagram. It was featured by four or five groups, selected as the photo of the week by two of those groups, and even landed me a free printed photo book that will contain 50 images. 🙂 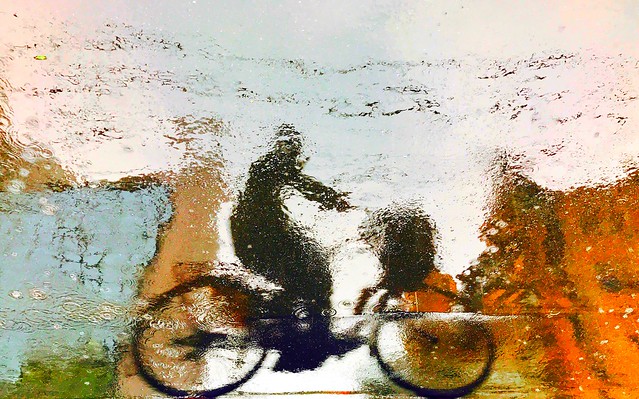 Down Under by Laurence Bouchard

Apps used: Snapseed
Backstory: ‘Down under’ was shot during my lunch break on Yamate-dori, Tokyo. A lot of the pavement there is uneven which is great for puddlegrams. For this shot I was looking for a puddle which had some buildings reflected in it as well as some clear space which I could fill with a passerby. I shot the cyclist in burst mode and then edited in Snapseed – increasing the colours to make it look more like a painting. 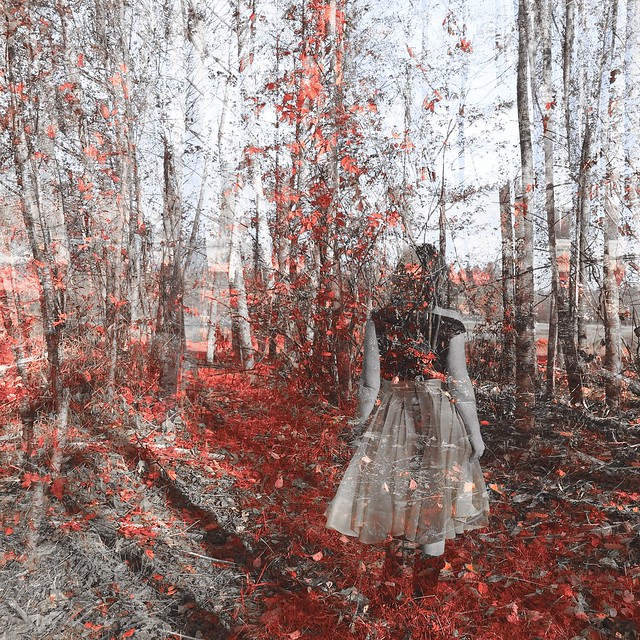 Apps used and backstory: This image was taken with classic Hipstamatic, using the double exposure feature. One image shot with the scene alone, and a second image with the model slowly walking through. No tripod was used, accounting for some the varied landscape appearance. The Hipstapak is Laos – Khun Lo lens and Vientiane film, no flash. This photograph is part of an ongoing series “The Goddess Project”, featuring women’s personal expressions and interpretations of beauty through the lifespan. 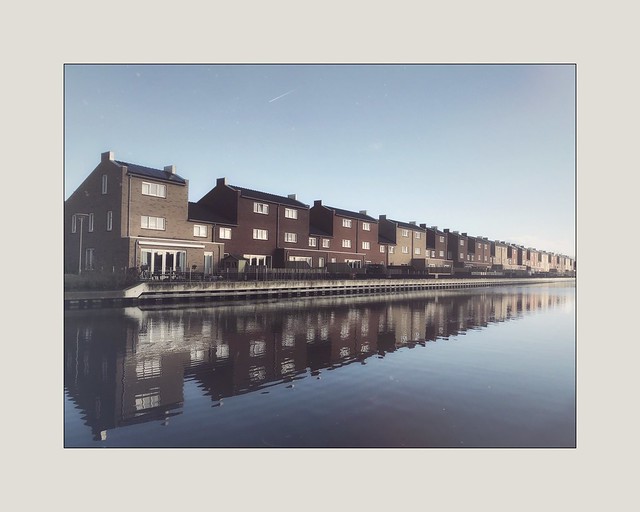 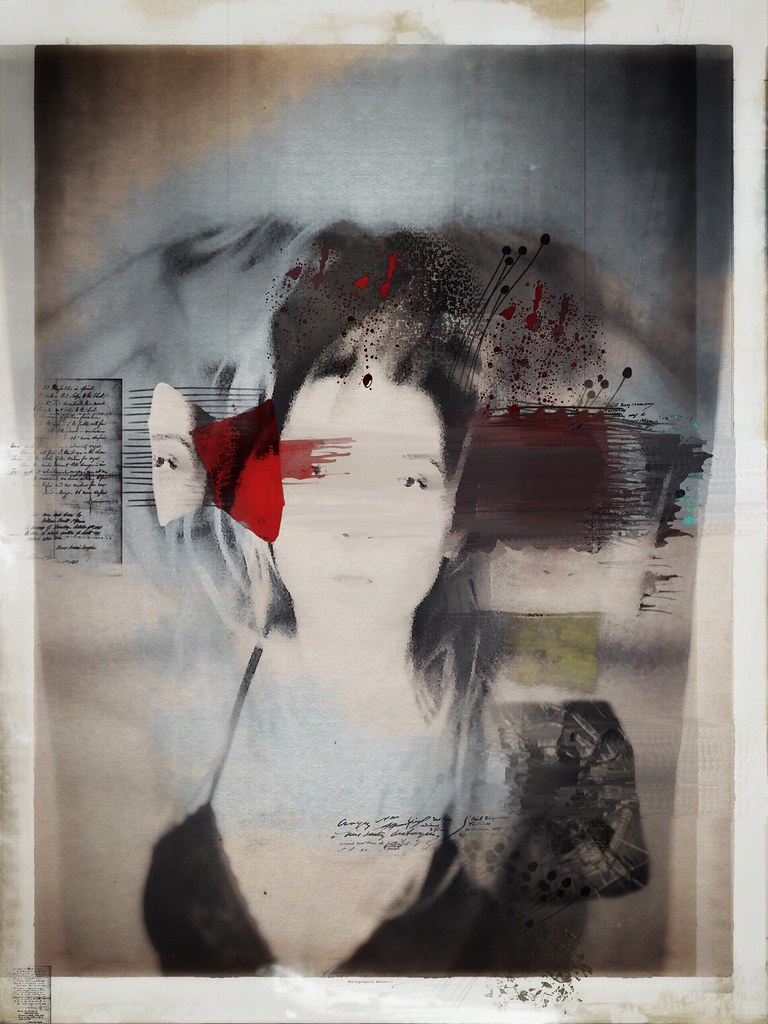 postcard of the self by eliza badolu

Apps and backstory : self portrait shot and edited on iPhone 6 S . As always leaving form a simple self portrait I recreated the idea of all inner states inside and behind the actual mask we expose for the others. I edited first in Hipstamatic by adding the frame and the vintage remote tones which were later to be fixed in Snapseed. All the bruses that stand to express the inner mixed emotions of the self at a certain moment were adjusted and blended in iColorama. There are fragments of words , of emotion and mood , maybe a bit of an illogical state too. 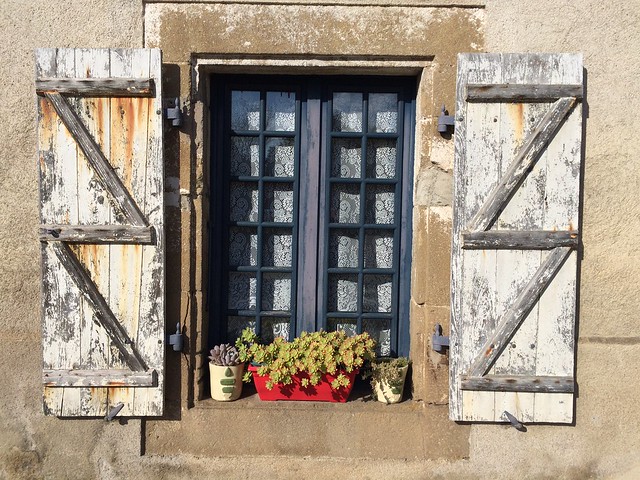 Backstory: I have driven past this window hundred’s of times over the past two years and it never grabbed my attention. It must have been the combination of the lower autmn sun and the time of day which lit up this window. The iPhone has captured it well. No post-processing was required. 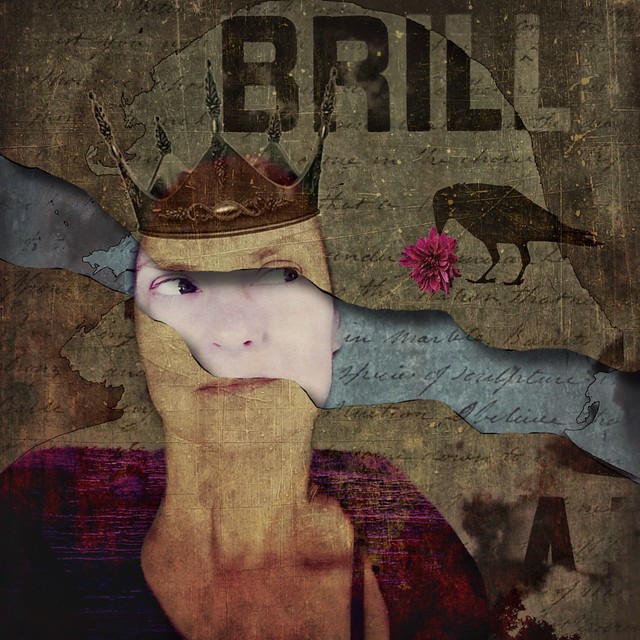 All the king’s horses by lorenka campos

Apps used: Superimpose, RipPix and Snapseed.
Backstory: As usual, I started this piece with no true idea of where I wanted it to go, but when I felt it was complete, it reminded me of the children’s nursery rhyme, Humpty Dumpty. Something broken that cannot be fixed. The title is, All The King’s Horses, which, of course is a line from the Nursery rhyme as well. 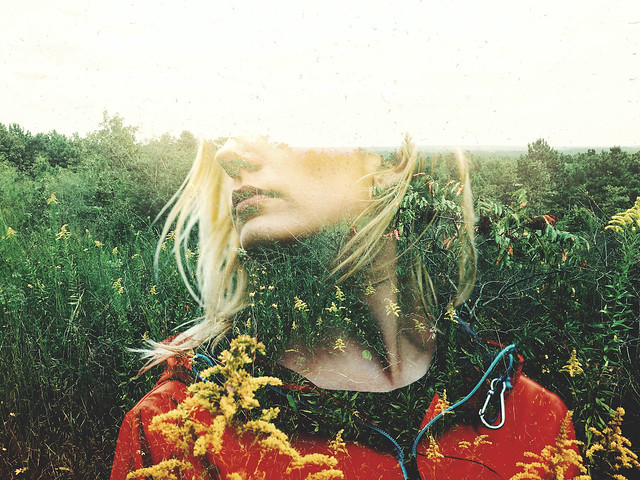 Apps used and backstory: The landscape background was shot in Kisatchie National Park, Louisiana. Every year the family and I got on a weekly hunting/camping trip in which I always try to capture a little something. The double exposure figure was taken from Pixite Source and edited in Union. The final edit comes from my original Mexture’s formula “May” code DEPGQWF. 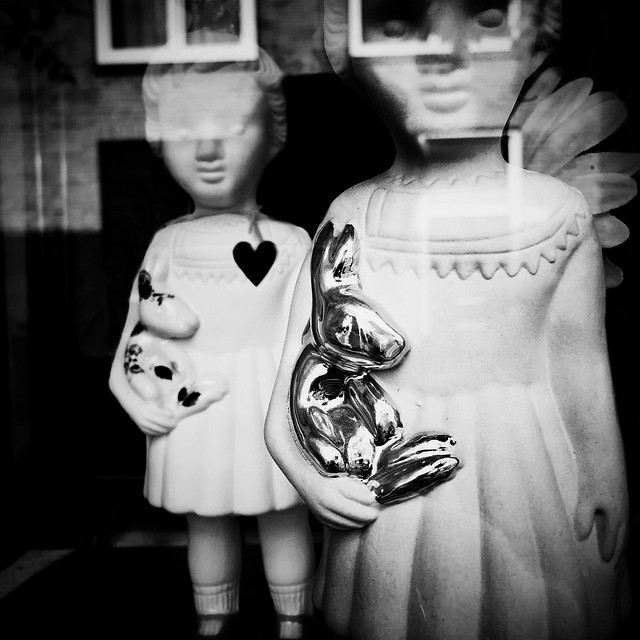 Apps used: I used the app ‘Lomora2’ to take the photo (this app no longer exists, unfortunately) and ‘Noir’ and ‘Snapseed’ for the conversion to black and white.

Backstory: Last summer I made a trip to Arnhem to shoot the new train station, (a beautiful station with gorgeous, organic shapes from glass, metal and wood) of which i will post some images later.

Roaming the Arnhem streets, I noticed these two eerie angels with bunnies in a window.

I really liked how the reflection in the window helped to enhance that eerie mood.