This week’s lead artwork is Lorenka Campos’s marvelous collage “I have no place in this place.” It suggests longing, nostalgia and an unsettled mood – all apparent both from the title and the image elements included in the final work. 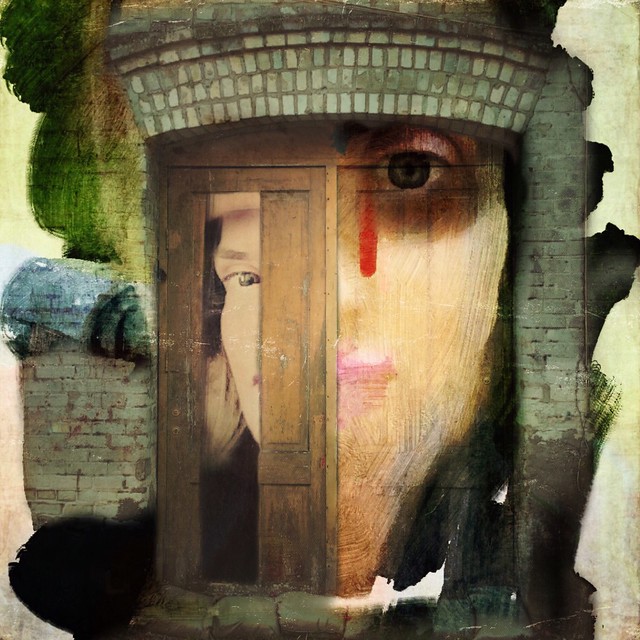 I have no place in this place by Lorenka Campos

Backstory: I recently moved from my longtime home in Florida to Texas. This move has me feeling totally out of place. This piece displays my feelings of sadness, loss and displacement. 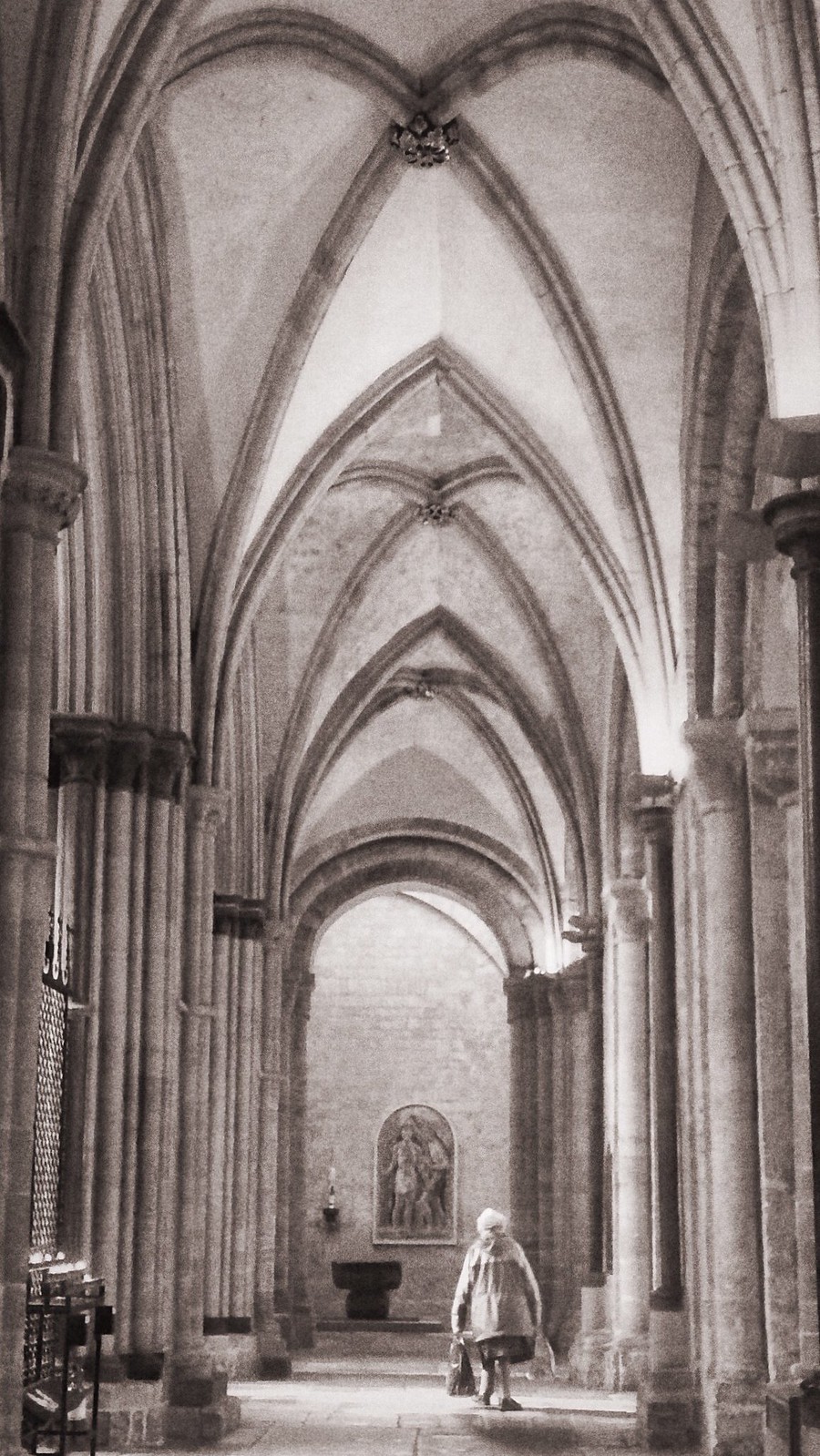 Backstory: My mum’s been unwell. I wandered into Chichester Cathedral to enjoy the peace and the space and opportunity to reflect. This lady, heavily laden, turned my thoughts to the power of faith. 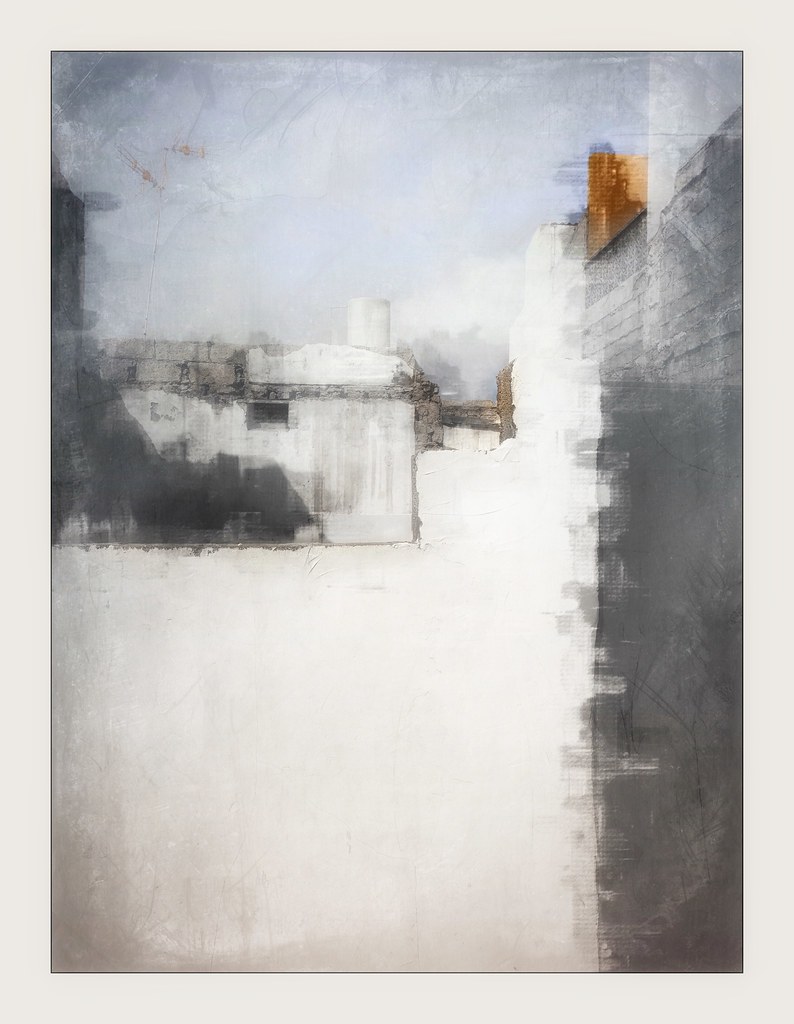 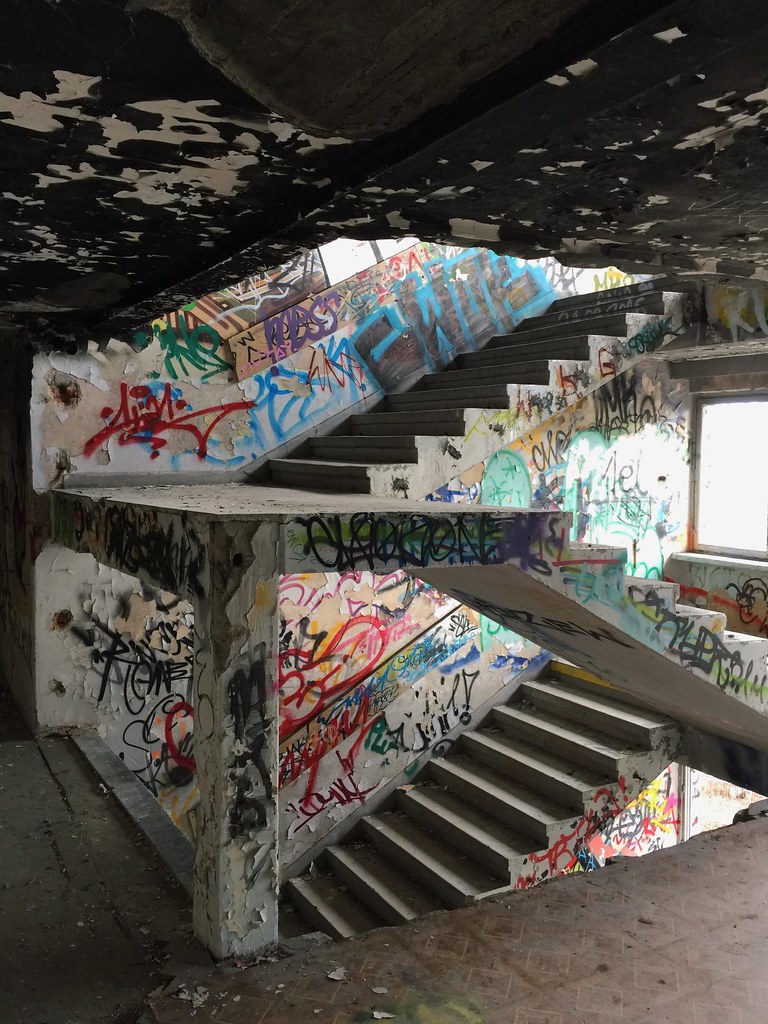 The Labrynth Of Colours – Gdynia 7 March 2017 by Dariusz Sobiecki

Backstory: I took the image while revisiting an abandoned health resort, once a popular place, situated in the picturesque, southern extremes of Gdynia, Poland. The building offers all that is loved so much at such places: graffiti mosaics, fantastic light and shadow play, loads of intriguing objects scattered here and there and great compositional potential, possibly even more spectacular than in the thriving years – maybe bacause such sites create magical, timeless or nostalgic connotations, which our human mind has always been strongly attracted to.
For me, and I think for many others, too, revisiting interesting places means new discoveries. In a way, we come back as new people, often with new perceptions, richer experience and a fresh approach. “The Labirynth Of Colours” is one of my definite faves from the session. It’s one of those pictures that suddenly grasps you before taking, evoking your creative instinct – you see the epitome of the place and you know it, so you MUST take it.
As usual, my basic tool was Snapseed and for further tonal touches I used the potential of VSCO.
Taken: Gdynia, Poland 7 March, 2017. 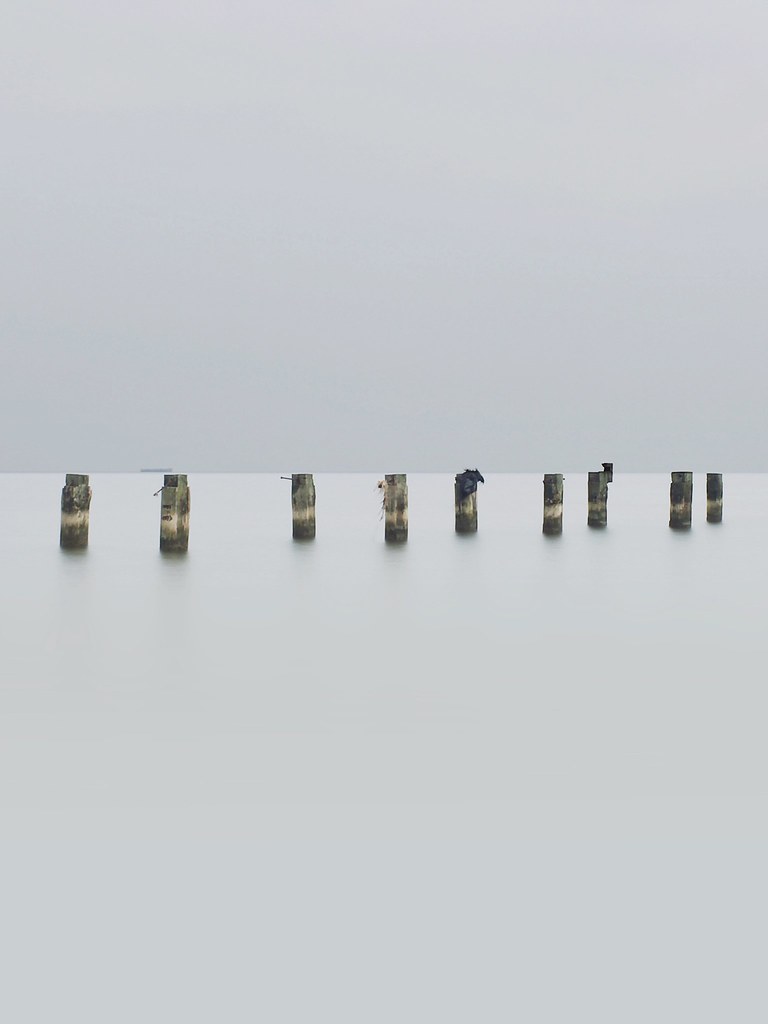 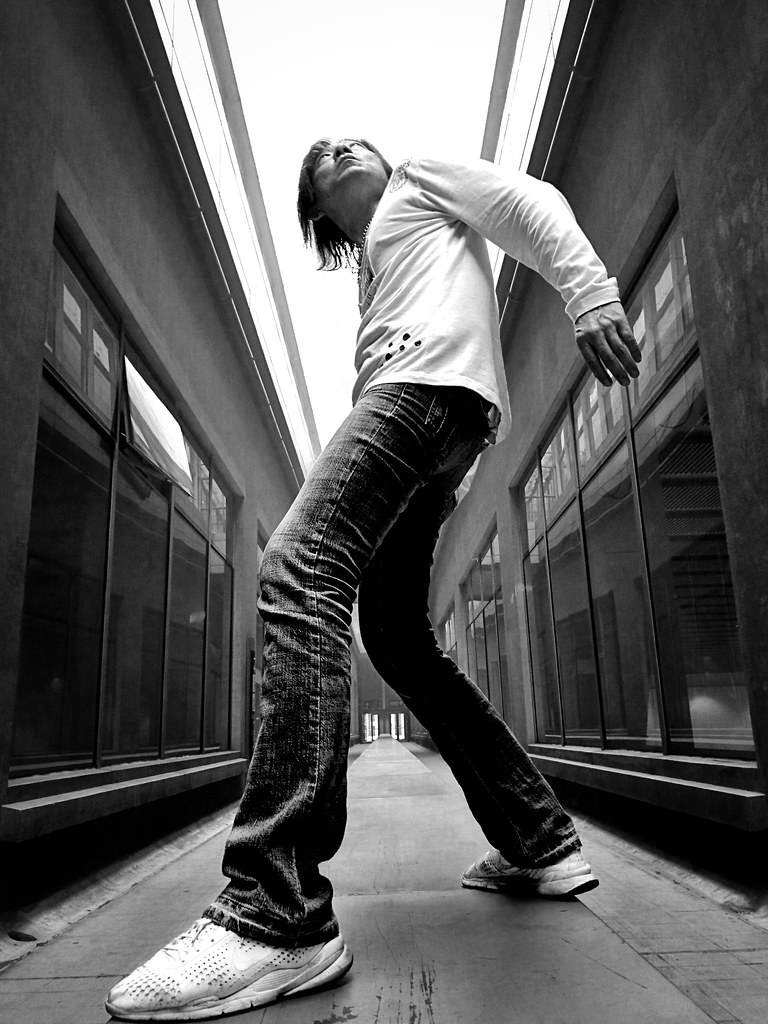 Guided by Voices by Paul Yan

Phone and apps used: iPhone 7 Plus + ProCamera +Snapseed
Backstory: Having finished attending a musical instrument, pro-audio & stage-lighting equipment fair, I found this narrow alleyway between 2 exhibition halls that had music blasting from both sides, which was also a place for people to take their cigarette breaks. There was a half-meter metal raising in width and height that lined the middle of the way, functioning as air-con pipelines. I decided to have some fun with my phone.

After opening up the ProCamera app, I had the focus locked on where I would stand and propped the phone with my MeFoto Sidekick 360 phone holder on a mini-tripod on the raising. I mounted the raising and stoke some poses that hopefully would work both with the symmetry of the scene and the wide-angle distortion and exaggerated perspective of the phones 26 mm lens. Some frames were then fired off via my Bluetooth remote in my right hand.

Post-process was done in Snapseed. After some local brightness +/- adjustments with the masking feature in both the [Tune Image] and [Brush] tools, the photo was rendered monochrome with the orange filter in the [Black and White] tool.

Guided by voices of the enlightened ones, I move forward on the Middle Way… 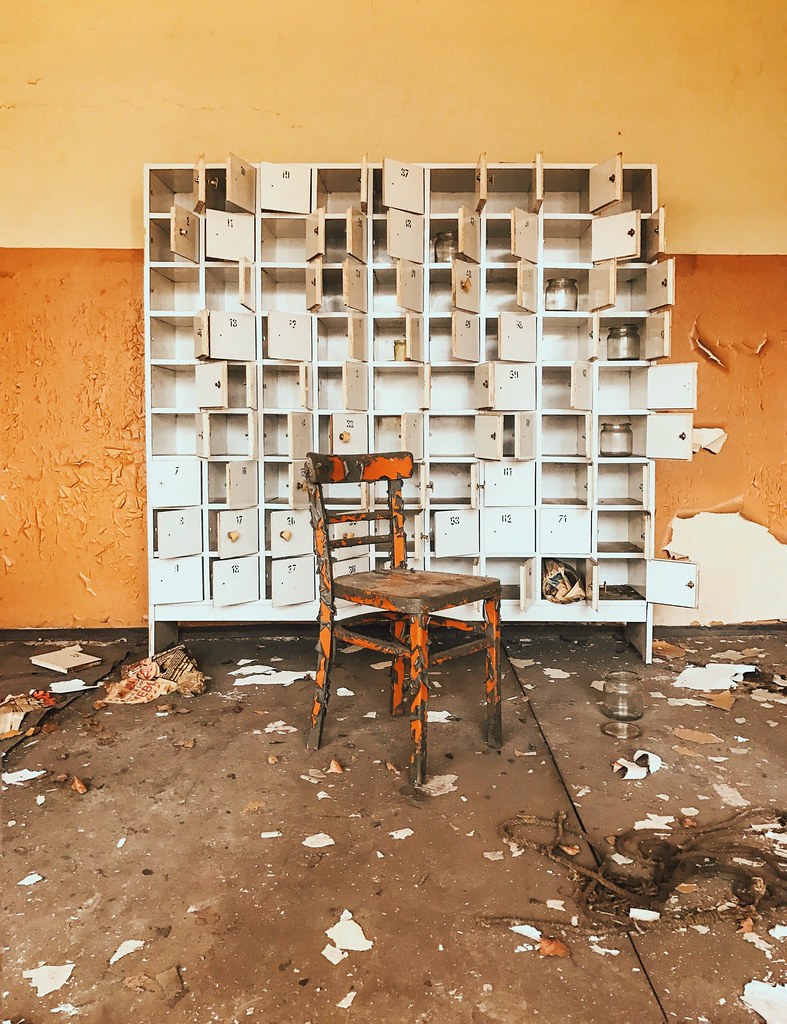 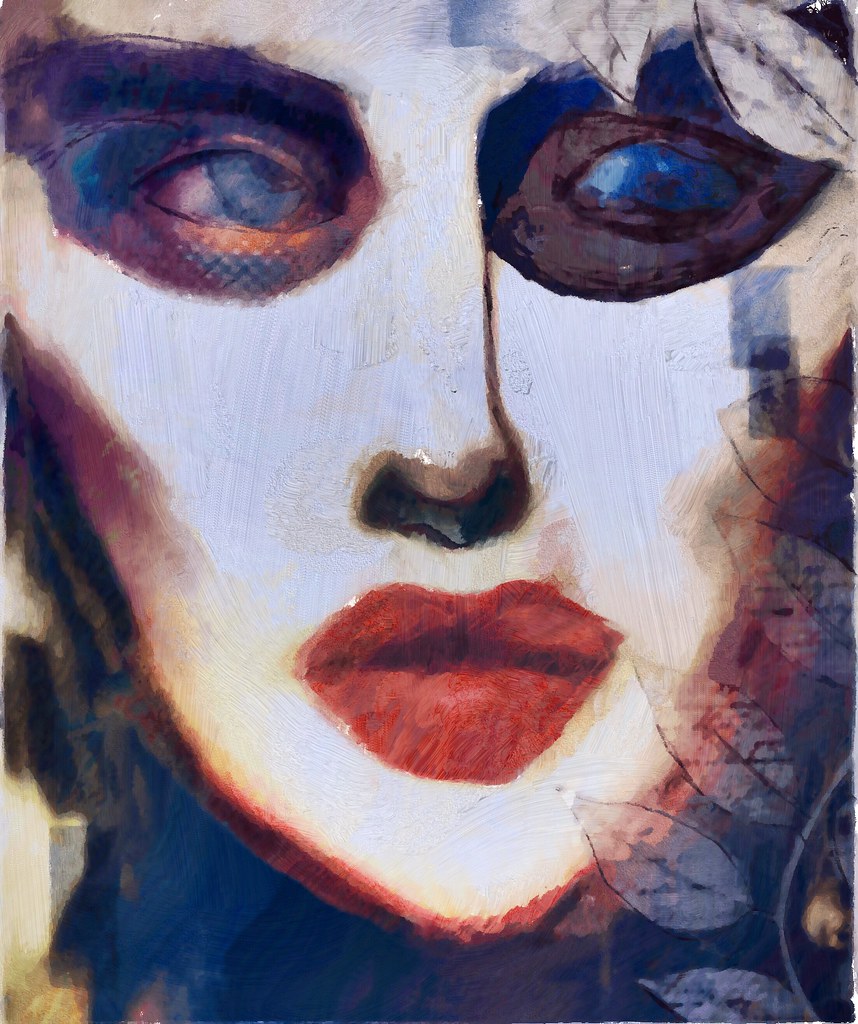 Portrait of my friend JA for Womens Day by Jennifer Bracewell 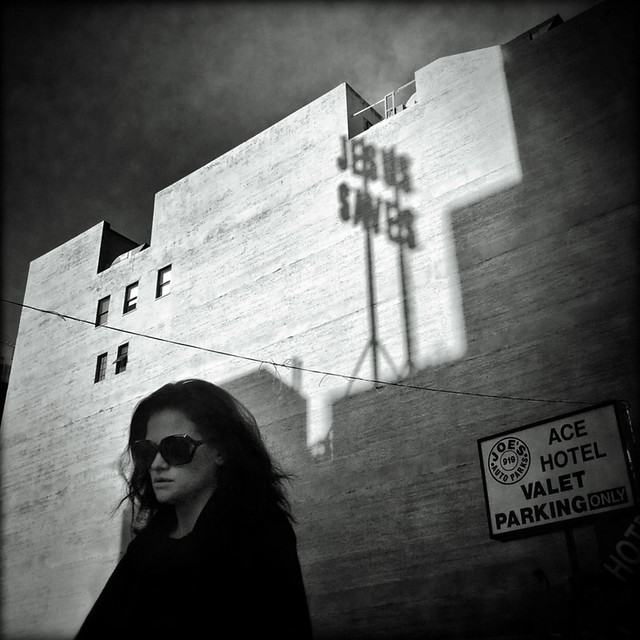 Apps used: Shot with Hipstamatic, processed with Snapseed and Photocopier.

Backstory: I’d always liked this retro Downtown LA sign, but had never had much luck getting a decent shot of it due to it’s awkward angle/location. While driving down Broadway one recent afternoon, I saw the shadow of the sign hitting the side of the building and thought “eureka!”. I made note of the time of day and headed back a day or two later and got this shot.

Apps used and backstory: I used the apps Stackables and Snapseed to edit and ProCamera to capture the original image. No real backstory….just a bit of afternoon faffing! 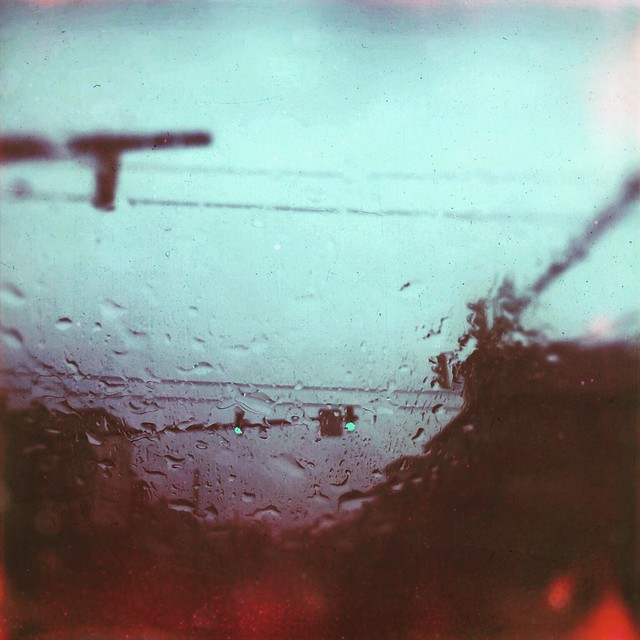 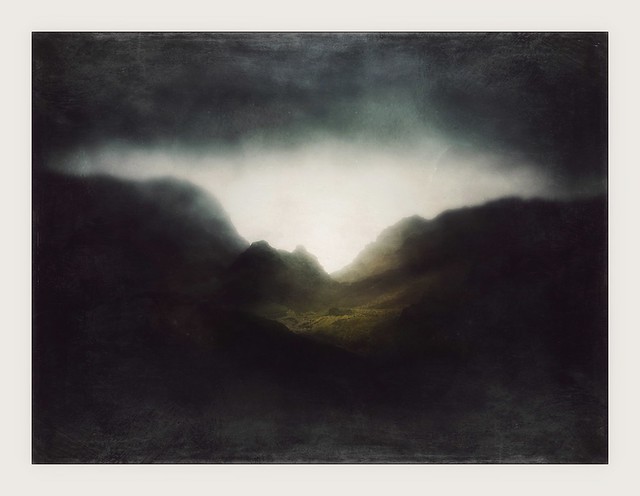 Apps used and backstory: I love fog and I feel this is one of my better representations. The image conveys a definite mood. The picture was the result of a dense Winter fog and my drive to a local tract of private property. I had previously asked the woman who owned the land, which was filled with rustic artifacts and rural implements, if I might takes some pictures there from time to time. She kindly agreed. She told me she was widowed many years ago; her husband had accumulated most of the objects, both for use and decoration.

With this image, I decided to make a panorama in order to capitalize on the weather and the scope of the property. I used the iPhone 7 plus wide angle, hand-held in panoramic mode. Then I post processed in Filmborn, Ilford HP5 preset, with final touches to the general ambience in Snapseed. The strong diagonals, right and left, lead the eye to the evanescent background objects, obscured by the soft,enveloping fog.