This week’s lead artwork, by Andy, presents the calming sight of sheep dotting a hillside, with one particularly curious exemplar taking in a view of the photographer – the freeway, representing a fast return to the hustle and bustle of the city, a few steps away. 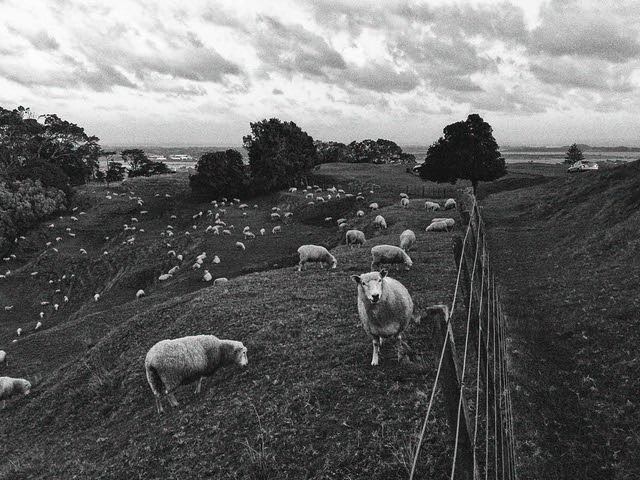 Away from the hustle & bustle of city life… by Andy

App used: Silver Efex Pro2
Backstory: This place is One Tree Hill (One Tree Hill Domain), one of the most iconic places in Auckland, New Zealand. I come here often usually during the weekends to relax and get away from the busy daily city life. I was leaning on the fence and enjoying the view and notice this cute-looking sheep staring at me, so I took out my Iphone and snap this photo.

Her imagination by Cathrine Halsør
That was his gift,
he caught her imagination,
and that,
after everything,
was all she ever wanted.

Backstory: After a wonderful Musicfest day here in Oslo, Norway, I decided to go to the Opera House. The roof there is a peaceful place to view the Oslo fjord, the exceptional architecture and the big blue sky above.

The architectural shapes make people so small compared to the building.

I found a place to quietly sit and observe my surroundings.
After a while this elegant couple came on the roof. I saw them on my left and I thought ‘wow’! They were just like taken right out of a magazine.

Quietly I whispered: please, please, go all the way around the building and come in from the other side. I was, of course, thinking of how I pictured them in the front , with just the open sky in the back.

And after about 15 minutes, they did! I couldn’t believe how lucky I was! My wishes came through!

So I took pictures of them while they were walking across the roof and also when they had their own private photo-moment of each other.
I did my best to be respectfully discreet when I captured these moments. They looked so happy and in love. I got to observe them from a distance and I’m happy to share their little moment and love with the rest of the world. 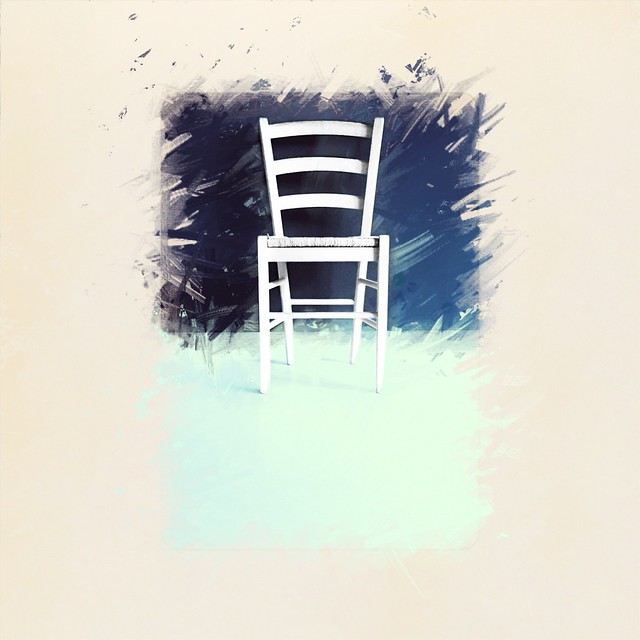 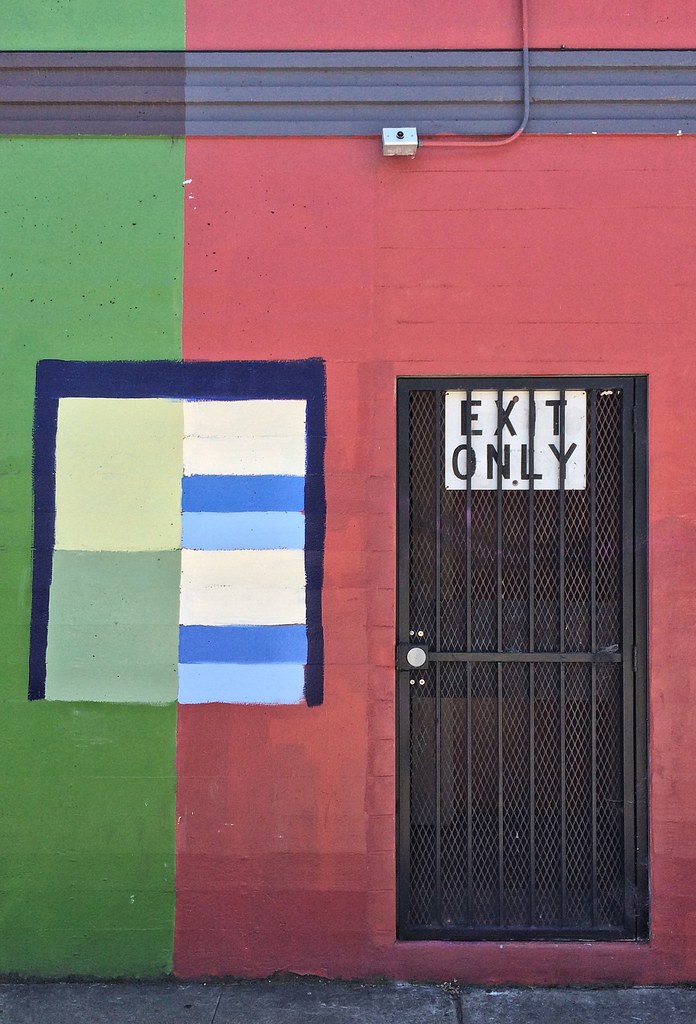 Apps used: iOS 9 native camera app, Snapseed to crop a little and to lighten the shadows of the black door a bit.

Backstory: I occasionally walk by this wall just off the main drag in downtown Santa Cruz. It’s been painted red and green for some years now, and I’ve taken a few photos of it before. Not long ago, someone added the group of color patches by the door, and it created a whole new composition of colors and rectangles that is still somehow balanced. (I’d guess someone was thinking about repainting the wall and testing out colors, but who knows?) 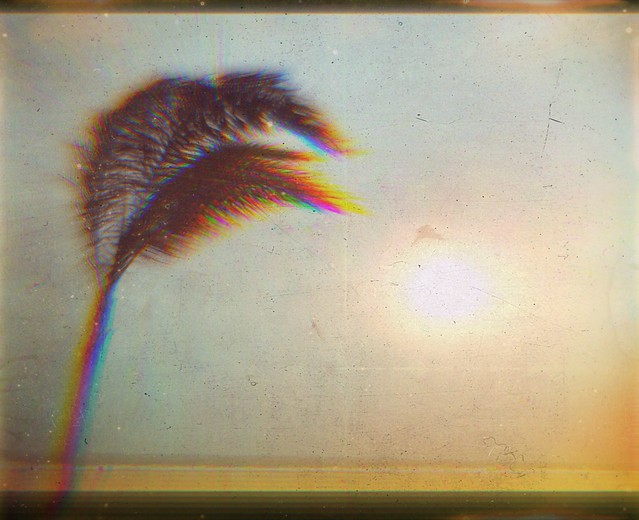 Backstory: This began as a very basic shot I took when the wind left me with not many options but to take a few pics and go home. I wanted to achieve a sort of retro VHS vibe. An app I love for doing so is Glitche. I ran it through that a few times and liked the effect. I also further added a weathered look with the new options in Mextures, which I’m rather enjoying. A couple more overlays in Afterlight and I felt I achieved exactly the look I was aiming for. It combines lots of things I love like summer, beach and vintage film. I hope to enjoy all. 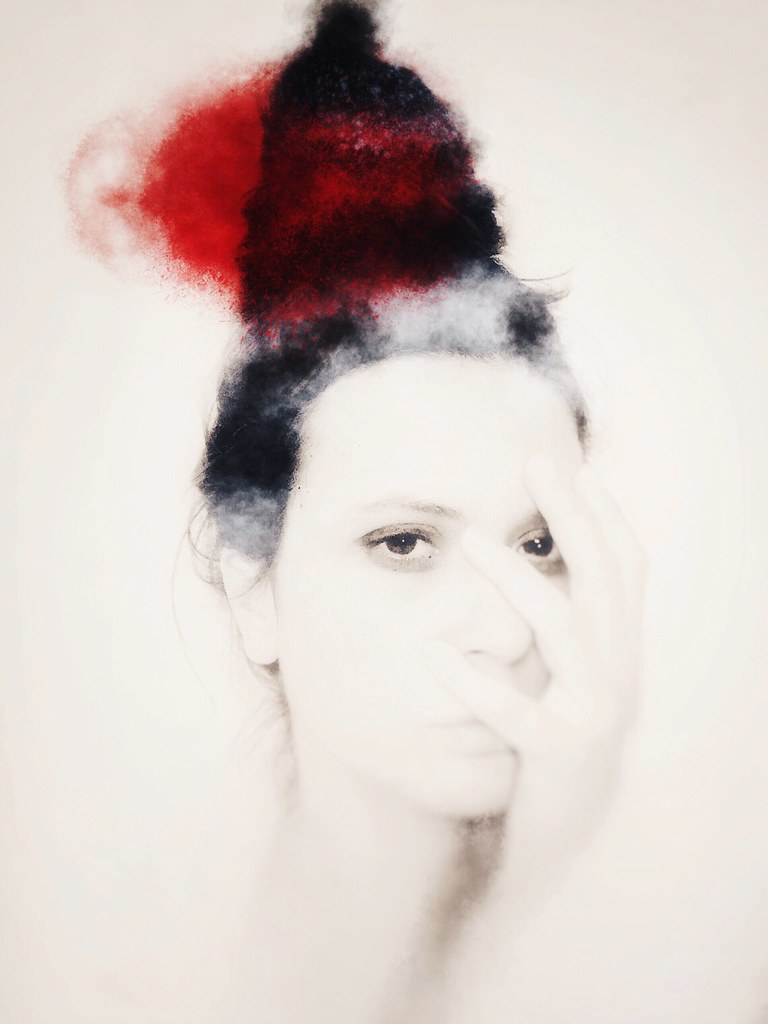 Backstory: I remember taking this shot (with the Iphone6 camera) precisely on June 1st, which led to the title and the mood of the photo itself.

I have been concerned with creating a kind of statuesque, ethereal kind of portrait, in which everything would finely disappear and disslove out from the frame of the photo. This is how the milky effect can be explained, as I wanted it to be associated with dissolution, vanished time and the touch or even ‘smell’ of a somehow remote remembrance. 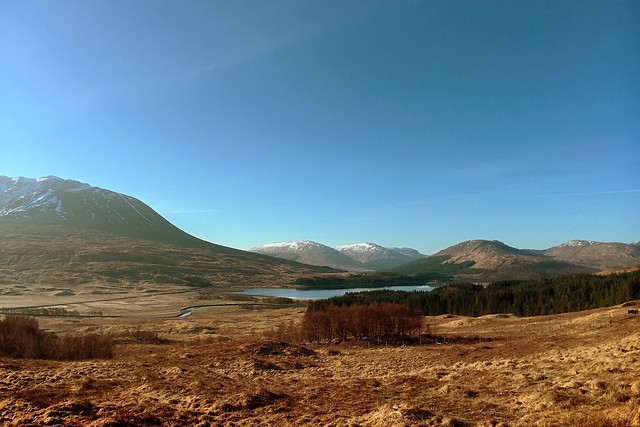 Loch Tulla – from the Viewpoint near Achallader, Argyll & Bute by Chris Harland

Backstory: This is one of the classic ‘viewpoints’ of this area of the Scottish highlands – and is designated so on the British Ordnance Survey maps….

I have very often visited such locations only to be either disappointed as to the view or confused as to which view I’m actually supposed to be looking at. But thatw as not the case here….

With a view that takes in the serene waters of Loch Tulla, framed on two sides by majestic mountains – and for such a well traversed area (one of the main routes across this area of the highlands runs right through it) it manages to retain a sense of the wilderness this was only a very short time ago.

I was lucky enough to be here on a cold, crisp but beautifully sunny winter’s day, and much as I hadn’t planned to make an image of it, found myself unable to resist such a sumptuous scene.

Using a wide angle lens attachment (by Immacus) allowed me to capture a broader sweep of the landscape than would otherwise be possible, and this was one the images I felt most benefited from its additional working space.

Visiting the past (version 1) by Trish Korous

Apps used: This was shot on my old iPhone 4 with the Kitcam app. I recently edited it in Lo-Mob.

Backstory: Just a summer Sunday at my beach and it seemed like everyone was of the same mind: Summer, beach, swim, fun! I love how one can have this in Chicago. I am grateful this is so close to my flat. 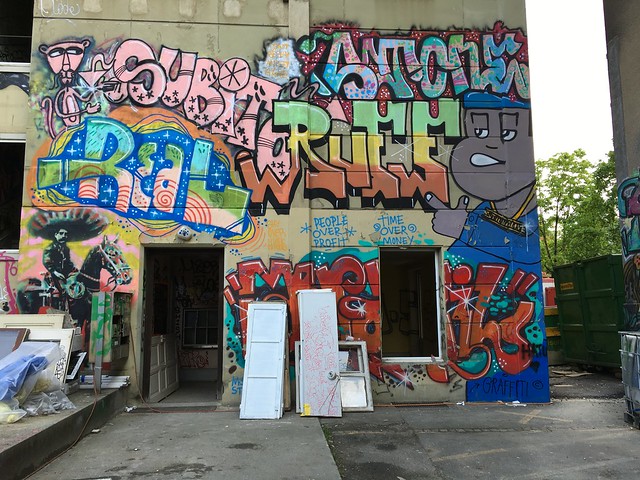 Backstory: These buildings will have to make place for the new Laboratories Building of the Department of Clinical Research, Medical Faculty and the Forensic Medicine of the University of Bern. A petition for a referendum initiated by anti-vivisectionists was rejected by a popular vote. Now, destruction of the old buildings will start and the new facilities will be built.

By now, the old buildings are gone, including all street art.

Personally, as a scientist of the department, I am looking forward to have the new building. Our own lab is currently located in temporary containers with very limited space.

But, of course, I’m also sad that all the graffiti is gone! 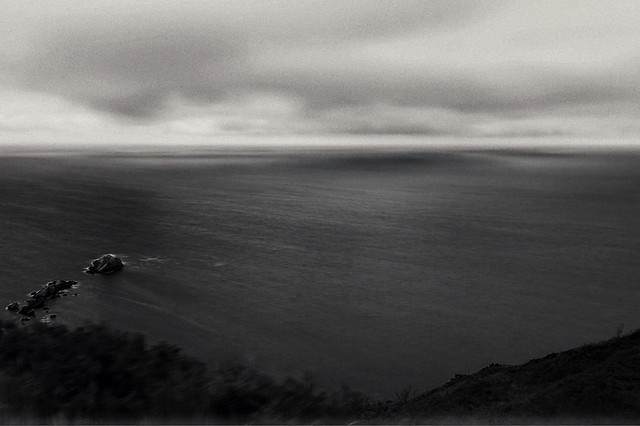 App used and backstory: I took the shot in Zarautz, Basque Country, Spain. The weather was changing, a storm was coming up. There was a special atmosphere. I wanted to take som pics with my pinholecamera. So I went up the hill to get a good panorama view over the sea. To see what I’m shooting with the pinhole, I am always making some test shots with my iPhone. First with the camera+app. I liked it, so tried to make some long exposures shots with my favorite app ” bluristic” for my Instagram and Flickr account. Back at home I was editing the picture slightly to got a deeper mood and convert it in bnw with snapseed, mextures and for the finishing with loMob, like I always do. I like it, because of the simplicity. And by looking at it I hear the stormy wind, the isolates you, and at the same time your are feeling you are part of the eternity.