This week’s Apps Uncovered recognizes a broad range of styles and subjects. The first image by Andrew Lucchesi nicely sums up the season with a stunning capture of a tree turning in Fall. Other contributors include Chris Harland (whose stunning landscapes defy the label “iPhone photograph”), Boris B. Schultz (with another stellar b&w portrait), another mystical portrait by Erika Brothers, a splendid reflected portrait of a passerby by Shelp Serkin, a radiant self-portrait by Diana Nicholette Jeon, Chad’s “Extreme Panorama,” Jane Schultz’s surreal (self?) portrait, Piel Adentro’s fantastic capture of a bird in flight, Louise Whiting’s beautiful selfie, and another installment in Lynette Jackson’s architectural vision. 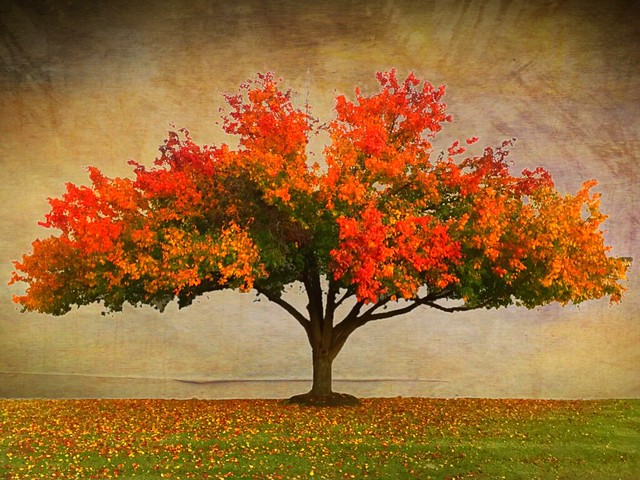 Backstory: The story behind this shot: I saw this tree in an inconspicuous area of a business park. I was struck by its symmetry and the beauty of its leaves. To compose the shot, I had to stand in the middle of a street, which fortunately wasn’t very busy.

When started editing the photo, at first I had a hard time getting a satisfactory result. The tree was growing in front of a concrete wall that really detracted from its natural beauty. I tried some filters in Distressed FX, but no filter could disguise the ugliness of the wall. I finally decided to create a new background for the tree.

I took a photo of a white surface, applied a filter in Distressed FX, and then darkened the image considerably. This created the background of the photo, which looks like a nicely stained and aged canvas curtain.

Next, I opened the tree photo in Filterstorm and adjusted the brightness, contrast, and saturation. I saved the image as TIFF so I wouldn’t lose any resolution in this step.

Then I used Superimpose to mask the wall out of the tree photo and place it on the Distressed FX background. 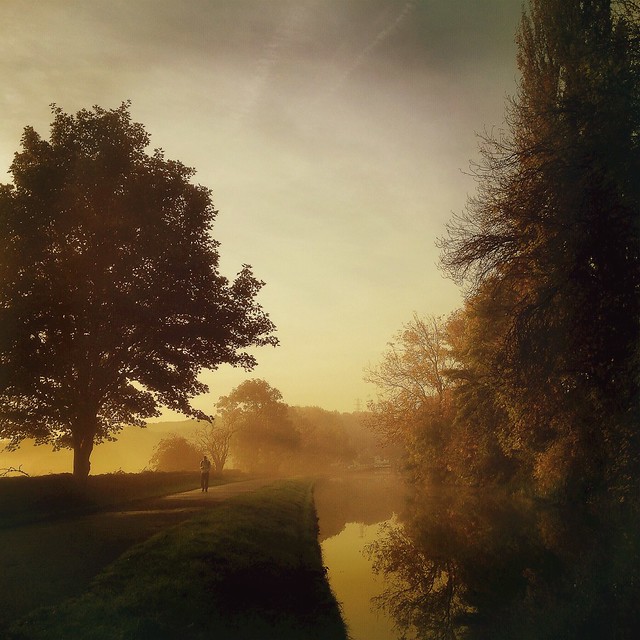 The Leeds-Liverpool Canal, between Calverley & Rodley, Yorkshire by Chris Harland

Backstory: This was taken in late October during a temporary hiatus from image posting. I’d been wanting to offer more images from closer to home and had my eye on a two-three mile stretch of the Leeds- Liverpool canal very close to the town I grew up in – Horsforth. Here the canal runs alongside the River Aire and has a particular kind of ugly beauty that is very much part of the Northern English industrial/rural experience.

I’ve been studying a great deal of 17th century Dutch Landscape art this year, and I think both the subject matter (a canal) and the way the light was filtering across the valley here in the dawn made me think very much of presenting this image in a style that suggested the influence.

I often like to include a lone figure or two – usually at a distance – in my images as I feel they often add an emotive pinpoint to a picture. Somewhat echoing my general feeling for humanity I mostly prefer them to be unknown to me and at more than arms length. I’ve yet to decide if this is a psychological indicator of a curious interest in my fellow man, or a cautious monitoring of them.

I used Hipstamatic to take the basic picture – using the ‘Jimmy’ Lens, the ‘Blanko Freedom’ film and the ‘Jolly Rainbow’ flash – my favoured colour combination.

After that I used the following apps to pull together the image into its final shape:

Filterstorm, Camera+, Phototoaster, Snapseed and (I think) Photoforge 2. Quite honestly I cannot remember in which order, or how much of anything I used. I don’t have a set workflow, more of an idea in my mind if how the final image should ‘feel’ and I’ll try many combinations of those apps until I get as close to that mental visualisation as I can.

The image was taken with an iPhone 4s – still my favoured camera despite also using a 5, 5c and 6.

All of my editing is done on an iPad Air. I don’t edit at all on the phone now. 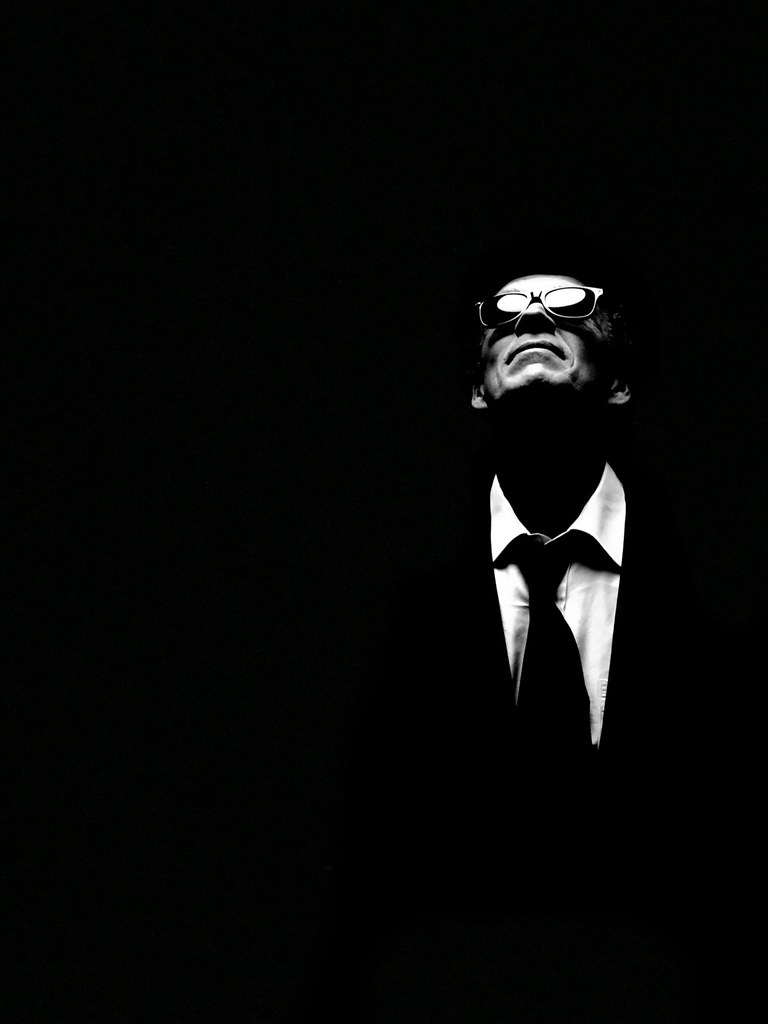 Backstory: It is a Blues Brothers look-alike act. I asked the man to look up to the light above his head and took the picture with the Noir Pro camera app. The image was processed with a black background image in Juxtaposer. 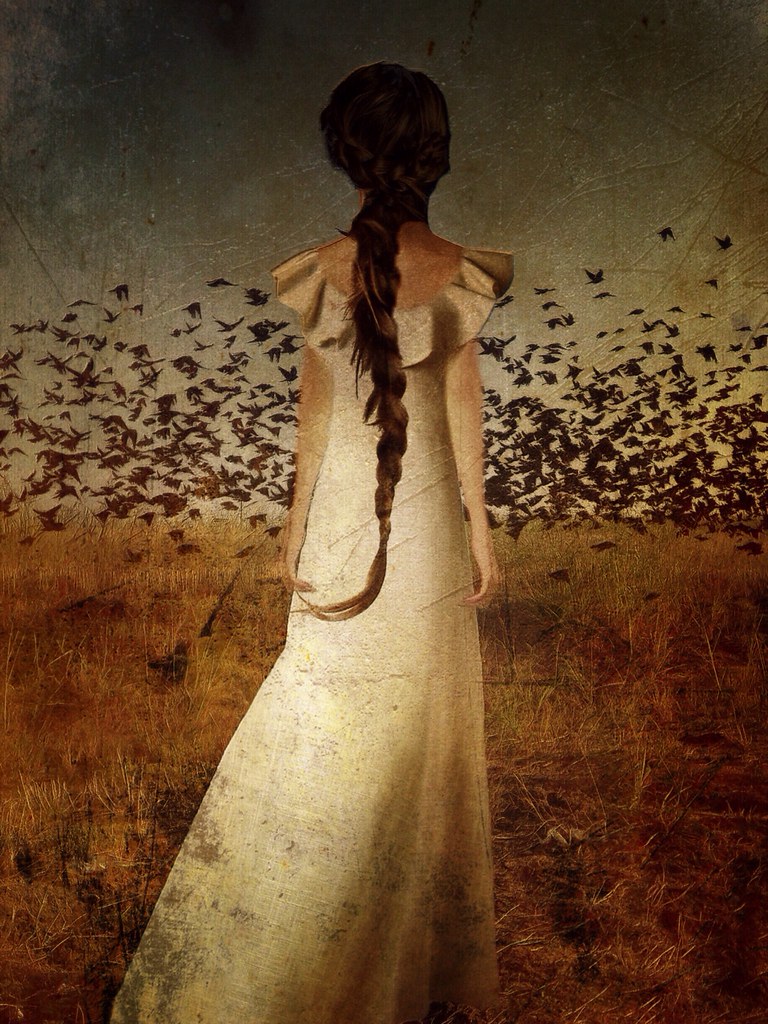 Backstory: For this edition I used one of my favorites photos. I usually spend time taking photos of black birds that often gather in flocks for this time of year which is fascinating to see birds together. My idea was to create a feeling of total freedom. As always my workhorse is Superimposee to start forming the imagine, I used Grunge and Stackables to give the paint finish to my work. 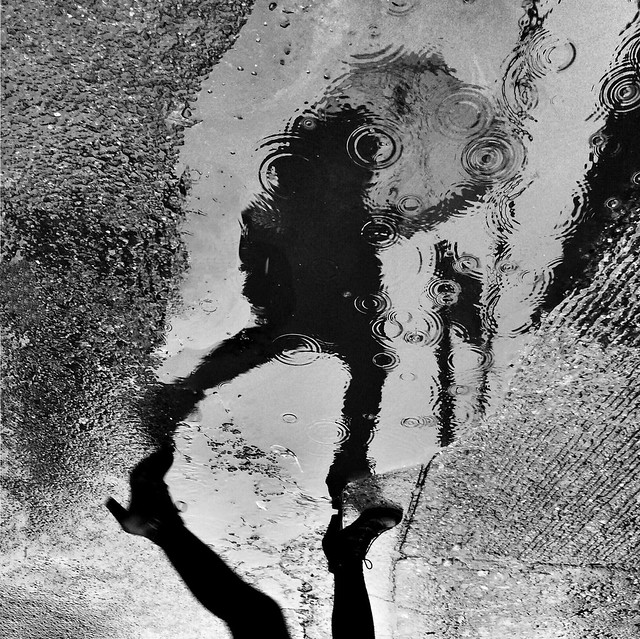 Backstory: I suffer from sometimes debilitating eczema; there are nights that I can’t sleep because my skin is so raw and tender. I created this on one of those nights.

At the time, I was working on a series of self-portraits which I ultimately called, “Help! It’s Getting Crowded in Here!” I had taken the headshot portion of a black and white image from this series and used it as a FB profile picture. I was lying in bed, my husband sound asleep while I tossed and turned. I grabbed my iPad, and opened up FB, saved the image to my iPad, and opened it in iColorama.

I find that iColorama is a good tool to play with. What I mean is, there is so much to the app, it is so feature rich, that it is like Photoshop-you can’t really master it, its an ever changing, ever growing target. I didn’t have any purpose or aim, I just needed to occupy my brain so I could distract myself from my skin situation. I used just about every brush tool and some effects. I gave it color. And this image came of it.

The next day, I used it as a FB picture. Frankly, I didn’t really like it and I really didn’t think it was much of anything. At all. Then it got a whole bunch of responses on FB; Geri Centorze also featured it in MOB Paint this week. So, lesson learned-even work you don’t have a direction for, whose outcome you might not even care for, may just touch others. So just get out there and play.

Backstory: The apps I used (from memory) are Photosynth for the panorama, then cropped. After that I used Snapseed to sharpen and then used a bit of the HDR effect for warmth.

I travelled to New Zealand mid this year for the scenery. I got told to trek to the top of Queenstown Hill, which overlooks the town of Queenstown and the Remarkables mountain range. Incredible view! 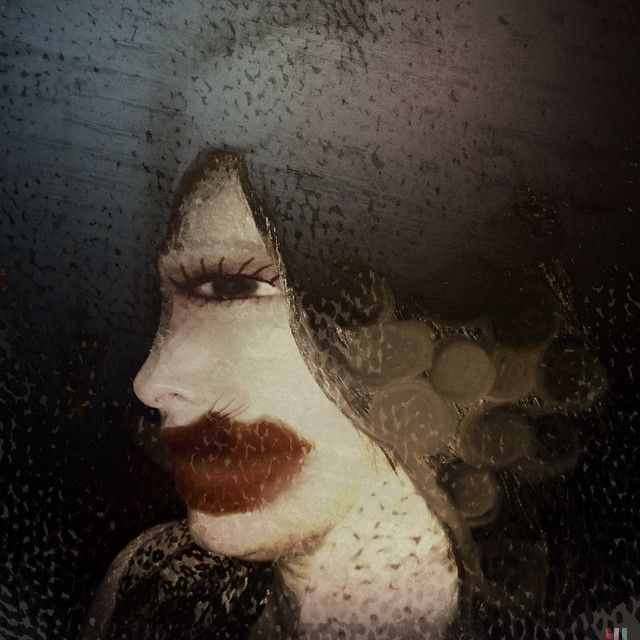 The Grain of Reality by Jane Schultz @phot0bug

Backstory: “Beauty alters the grain of reality. And I keep thinking too of the more conventional wisdom: namely, that the pursuit of pure beauty is a trap, a fast track to bitterness and sorrow, the beauty has to be wedded to something more meaningful.”
-The Goldfinch 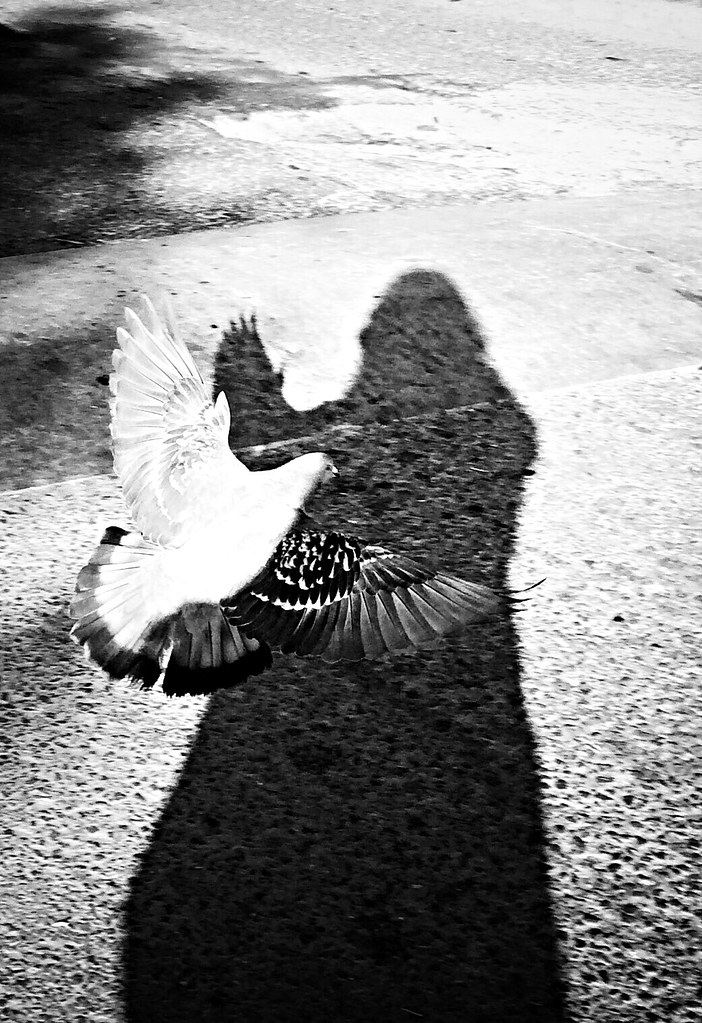 all the girls love alice by Louise Whiting 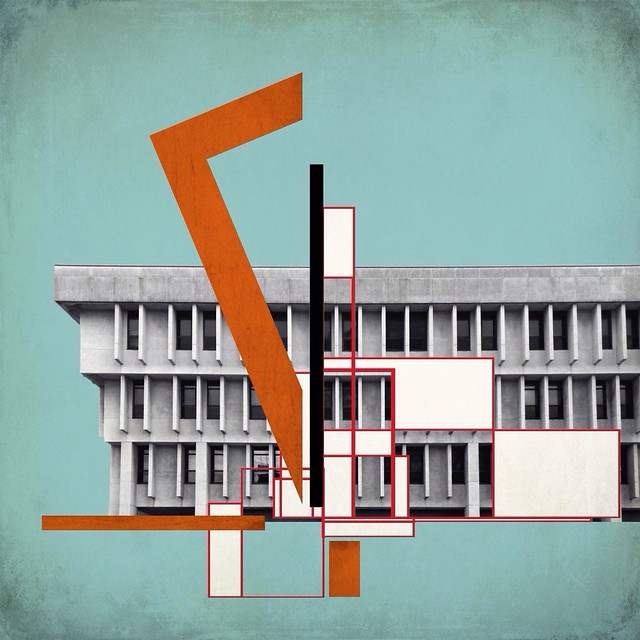