This week’s Apps Uncovered presents a selection of what I found to be the most intriguing images submitted this past week to our Flickr group. While the work reflects a wide range of styles – the theme that emerged for me was the classic Still Life. Many are the expected floral arrangements, but I tried to intersperse them with few less expected evocations of the form.

This week’s lead artwork, “***red mood***” by Sergiy Beliajev, offers up an intensely-colored still life flower on a window sill that emphasizes curve, angle and line over subject. 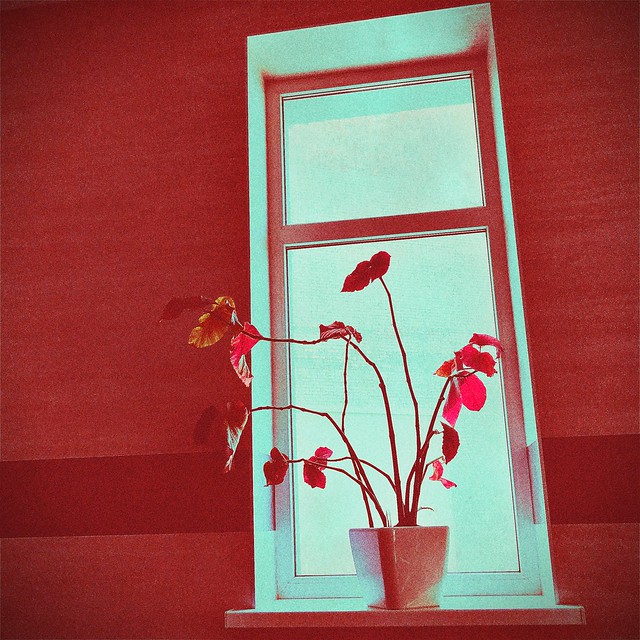 Apps used: The shot was taken with Camera+ 2 iOS app on iPhone 7 Plus, and then edited in Hipstamatic, using “Bruno” lens, “Sponza 16” film and “RedEye Gel” flash.
Backstory: Recently I had a visit to a doctor and rather painful procedure, but after that I saw there these flowers at a window and the contrast between pain and beauty made an interesting impact to my mood. Later I started editing the photo and found this awesome “red” motive, and it was exactly what I tried to express. 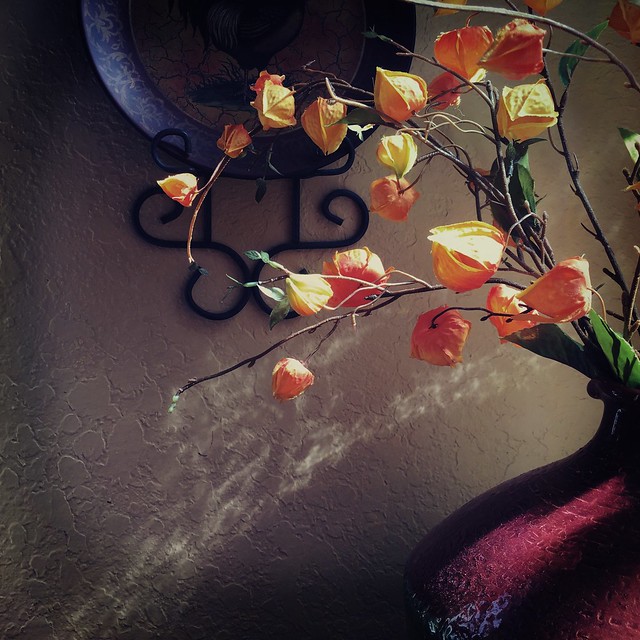 AISI | One afternoon by Clint Cline

Apps used and backstory: We have a corner window in our sitting room with a southern exposure that throws a fragrant medley of shadows and light on the opposing wall filtered through English stained glass. It is a corner my designer wife continually recreates with eclectic decor elements. One particular morning I awoke to discover a new arrangement with new colors and shapes perfectly painted with light and shadow. Before my coffee I snapped several images before the light changed with the morning drift, and did a simple contrast enhancement in Snapseed to arrive at the final image here. What is most remarkable is largely unseen in this image. The stained glass is most evident in the whitish wall shadow, but the wall plate, flowers, and clay colored urn were all re-colored by the colored glass panes. 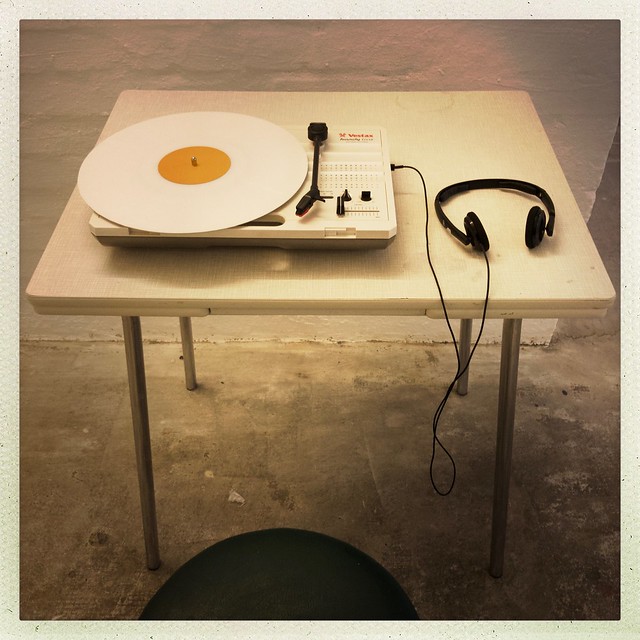 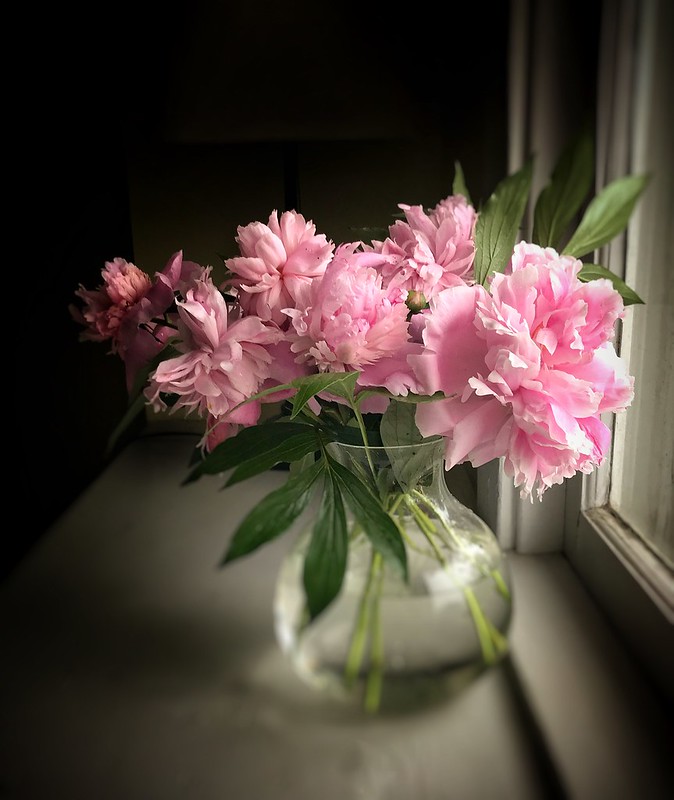 Her Grandmother’s Peonies by Anne Highfield

Apps used and backstory: Our home is nearly 100 years old and one of its many pleasures are the peonies that come up in our yard early every summer. The granddaughter of the woman who planted these beautiful gems recently visited us to share stories of her grandparents who built our home. After cutting these flowers, I placed them in an east facing window, where the natural light is gorgeous, and performed some simple edits with Snapseed. I increased saturation and used the vignette tool to darken the left side of the photo. 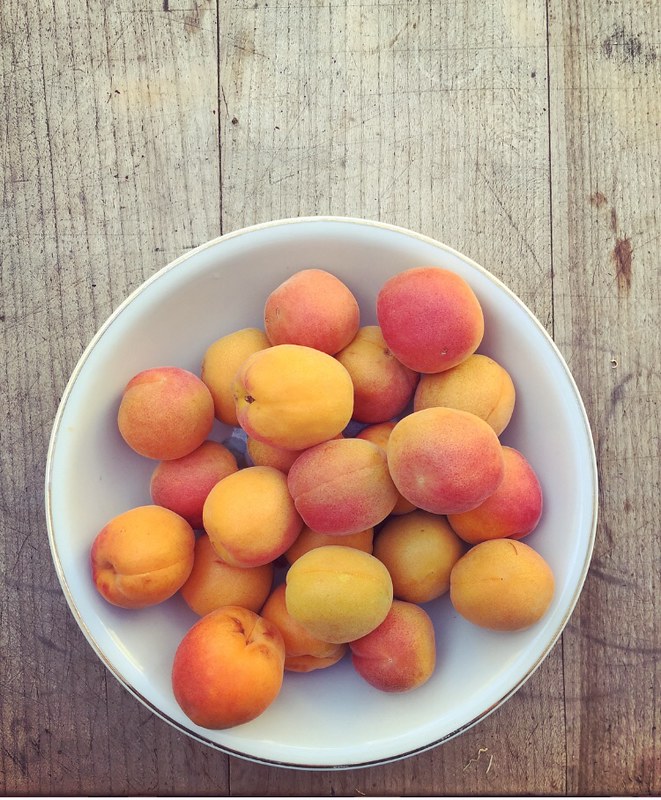 App used: Only minimal fine adjustment with the Snapseed App.
Backstory: On the day I took the photo, I had contact with an artist who paints wonderful fruit motifs and interpretations. This terrible historical heat prevailed in Germany, and I wanted to emphasize the beautiful sides of summer. Grandma Rosa’s wooden table as always the best background for still lifes.

Apps used and backstory: I used the Hipstamatic app and Olloclip Macro accessory lens for this image. The Hipstamatic app features an assortment of proprietary film and lens selections that can be used in combination to offer a variety of versions of the same image. I chose the “shuffle” mode for this photo, letting Hipstamatic randomly select the combination for each exposure. With over a dozen such versions available, I chose the one most appealing. Never a need to edit as this is done for you in the selection. The flower is a bougainvillea, common to the Florida Keys. 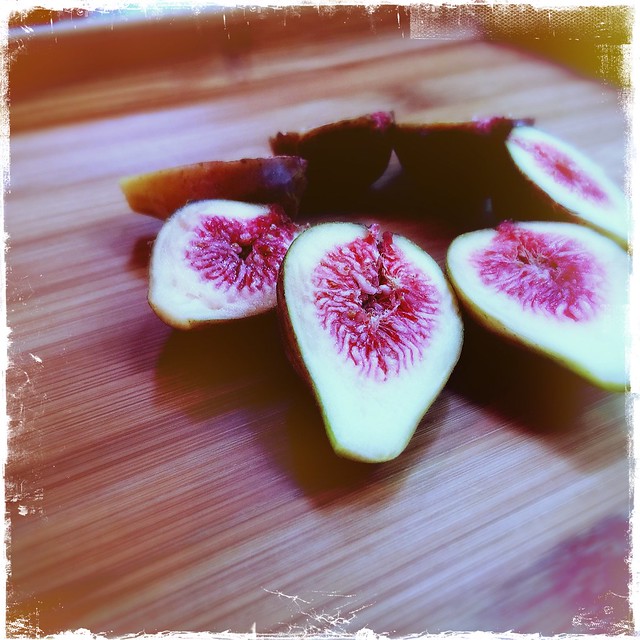 It’s the start of our “figstravaganza” Season by Julienne W

Apps used and backstory: I used my iPhone 6 Plus to take this snapshot of the first harvest of a small handful of fresh figs we have for the season. My husband cut it up in halves and actually arranged them in a circle on a small plate to photograph it himself. Afterwards I took it and placed next to a window for better light and used my favorite Hipstamatic app using Anne-Marie Lens, Kodot XGrizzled Film, and Cherry Shine Flash to edit the shot. I tweaked the definition and clarity on the editing suite to highlight the fleshy insides. Hipstamatic gave it an elegance and form that elevated it from “just a ripe fruit” from my backyard! 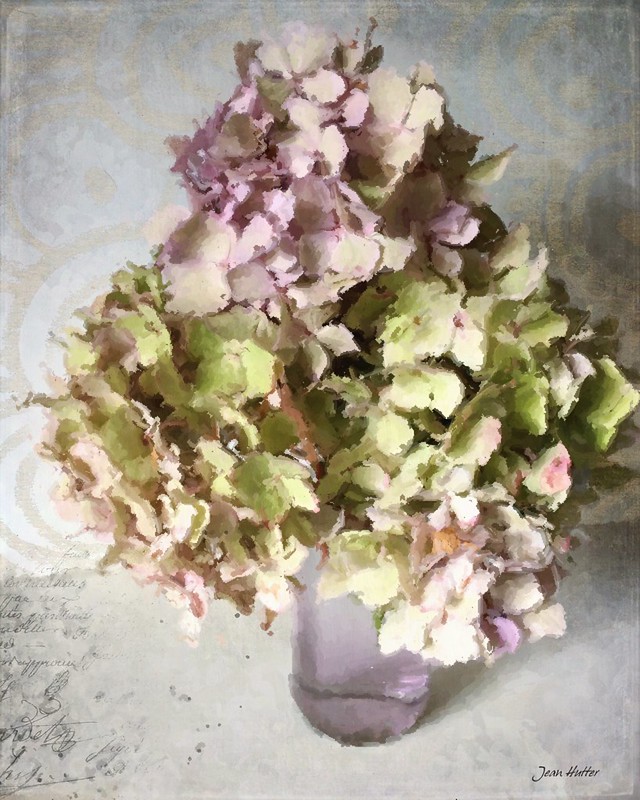 Apps used: iColorama, Touch/Retouch, Formulas. Photo with iPhone 6 and processing on an iPad Pro
Backstory: Just cut back some of my flowers and I brought in these Hydrangeas. I love the faded dusty rose color they have become. I took a lot of photos and want to do some experimenting with them with some new and old apps. I just couldn’t help doing this quick edit.