This week’s Apps Uncovered presents a selection of what I found to be the most compelling images for the week, with a broad range of styles and subjects.

This week’s lead artwork, Karen Axelrad’s Statuesque is a splendidly surreal piece of work – haunting and thought-provoking at the same time. I find it fascinating that as she worked on the piece, she didn’t have a clear direction in mind, and things revealed themselves to her as she went along. I suspect many of us work that way, especially on our more abstract and esoteric pieces. 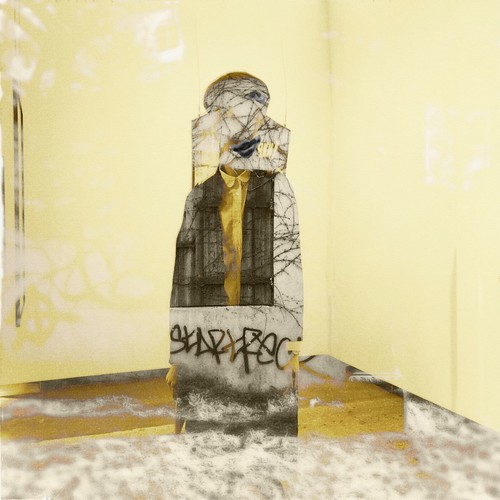 Backstory: Statuesque went through intuitive stages–I didn’t have an idea of the end result until it was finished. It started with an unremarkable photo of a woman taken at an art fair. I then proceeded to shuffle through the Diana app which randomizes double exposures. I will usually lock one image and shuffle until I find something I like. In this case, the 2nd photo was taken with the native iPhone6 camera and then converted to black and white in Hipstamatic Oggl. Once I found a combination I liked, I imported it to iColorama where it went through some subtle changes and then was cropped and blended with lips and an eye which I downloaded from an old photo from the Costica Acsinte collection which was copyright free. 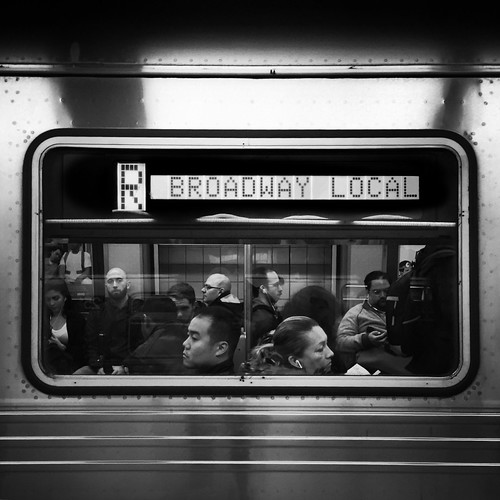 Backstory: I shot this in the NYC subway system with an iPhone 6, using the Hipstamatic app. Once in a while I’ll grab an image without a specific subject in mind, in an attempt to capture a sense of randomness and unanticipated interactions between people. The is one of the first images that I think works, though I’m still not sure why. 🙂 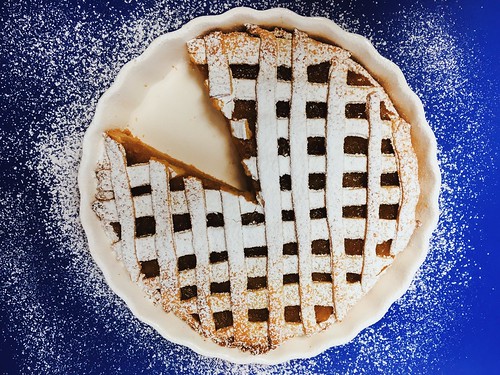 Backstory: Camera+ is the app I use probably 90 per cent of the time for photos. There was no editing as far as I remember, though often I will enhance the contrast to make the image a bit sparkier.

The photo is of a grille over a window in a boarded up house in Camden which i passed on one of my many walkabouts around London. Someone had stuck multiple posters over it and the layers of torn imagery made an interesting palimpsest. It was the blue colour here though that really caught my attention.

Backstory: it was an end of summer day, one of those warm windy days just before the end of summer holidays and getting back to work and school routines. i was with my kids at the beach near our home and there was a perfect relaxed atmosphere. the beach was not too crouded and there was a yellow flag advising people not to swim,as the wind was blowing hard and the sea streams were strong. 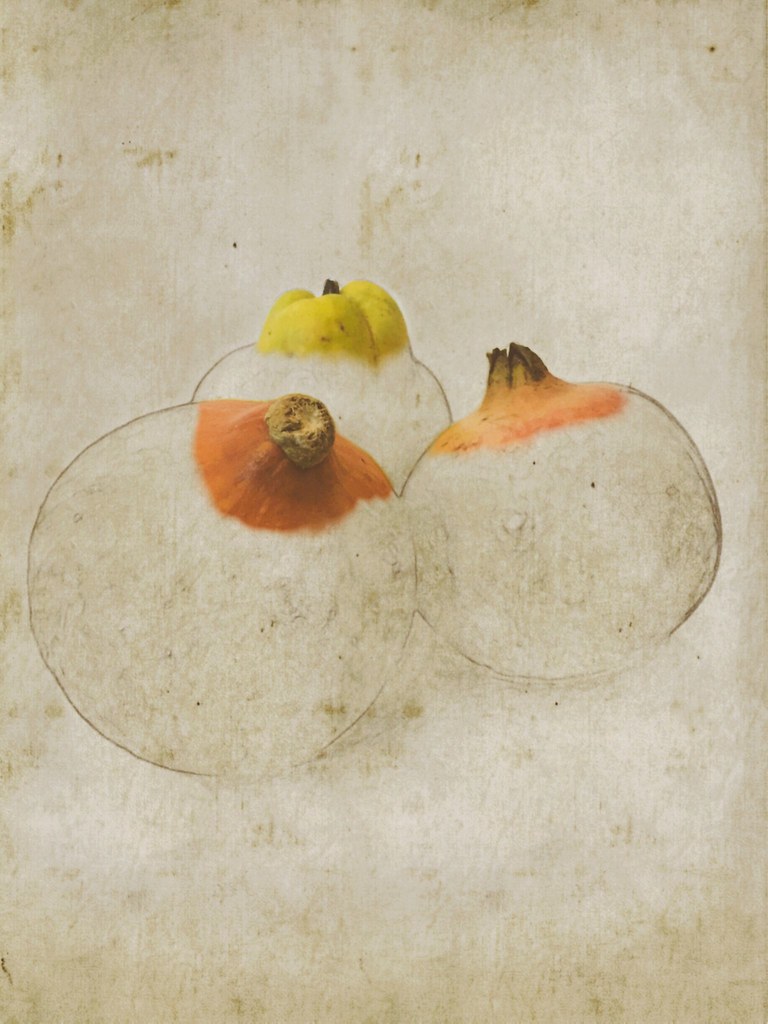 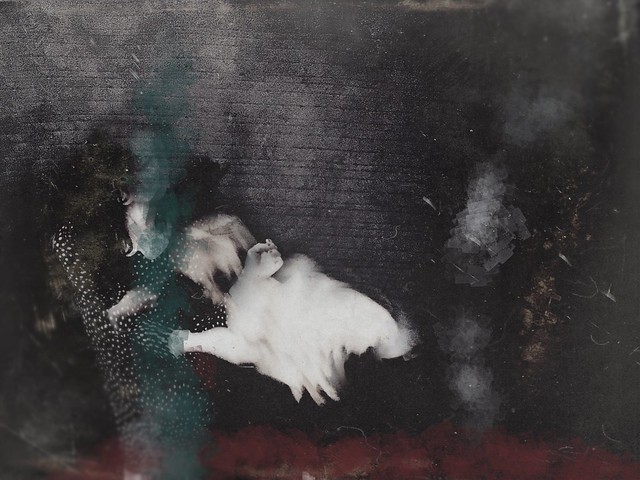 Backstory: The photo is shot while in motion, it is actually a self shot, revealing the inner self captured in the very fragile moment. Fascinated by the buch of leaves that I was holding in my hand. From that wave, created by the motion of the leaves, I started editing the photo, willing to associate its shape to the overflow of time itself, while still holding on tightly to the present instant.

I have operated a bit of changing, taking it first into PicsArt, a bit of Snapseed and the final tones came through Pixelmator painting brushes.

Please Lead the Way (Mr. Siddhātha Gotama, thank you for showing me The Way) by Paul Yan

Backstory: This photo was taken in a drizzling November afternoon in a botanic park near home. The rows of dark tree trunks arrayed on a field of fallen leaves that were still green caught my eyes. I found a tree of another species with orange leaves as foreground element to add a bit of variation and interest to the frame. While I was observing the scene figuring out composition, I realised that a microcosmic view of universal perpetual changes and samsaric turning of life re-cycles was unveiling itself in front of my eyes, reminding me that all must be gone, and all must become… and there is nothing we should cling on as hindrances on our way to true freedom.

After manually dialing in the focus, shutter speed (1/25 Sec.), ISO (400) and white balance values in the ProCamera app, I leaned my phone-holding hands on the branch of another tree to steady my shot, although my lips were already pinching the headphone volume button as a shutter release trigger to avoid touching the on-screen shutter button.

For editing, Snapseed was used to brighten up the shot a bit while mildly darkening the shadows for natural contrast. The orange colour leaves and the green carpet were selectively saturation-boosted.

This image is my photographic tribute to Siddhārtha Gotama, the Enlightened One who trod the Earth around 2500 years ago and taught us the Way to Liberation. 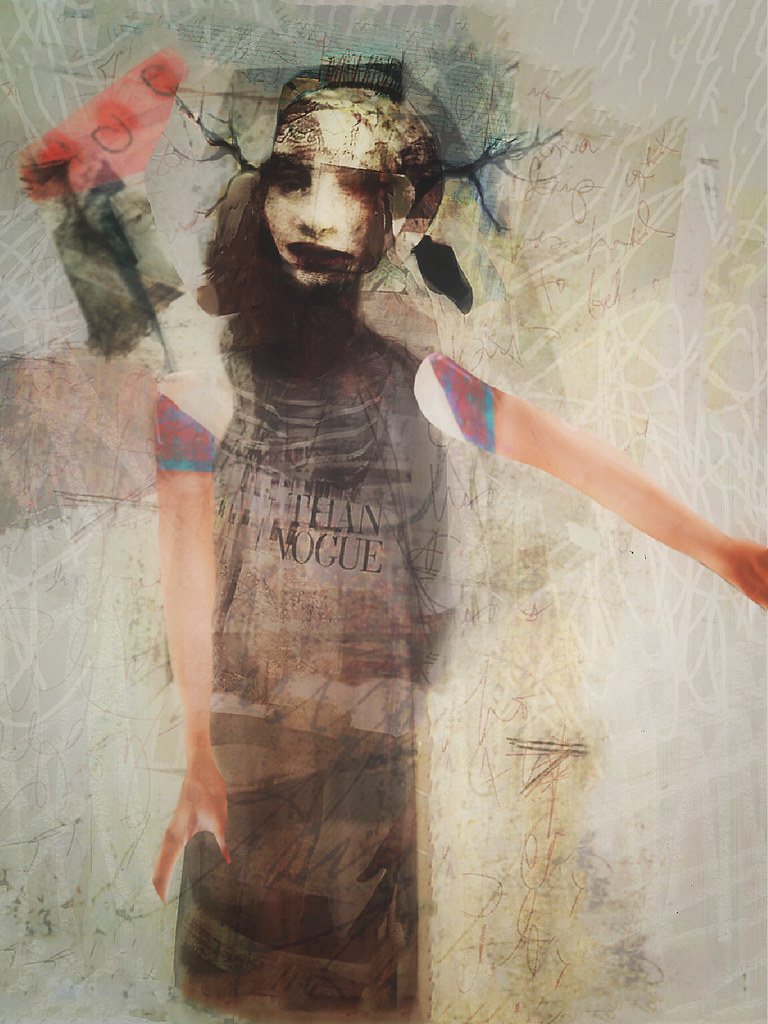 Backstory: This is a work based upon experience and observation. There’s an 1969 management text, The Peter Principle. written by Laurence J. Peter. He termed his research about organizational dysfunction, The Peter Principle. It was a special case of a ubiquitous observation: anything that works will be used in progressively more challenging applications until it fails; that people will reach their “level of incompetence”and that “work is accomplished only by those who have not yet reached their level of incompetence.” He coined the term hierarchiology as the social science concerned with the basic principles of hierarchically organized systems in the human society.I have used this as basic metaphor and applied it to interpersonal communication hierarchies in Social Networks.

This work is one of 10 I have created in that theme, about 5 of which I feel are viable works. This was primarily created in Procreate. It is a serial photo collage. What I mean by that is that it directly evolves from the image before it. This video on Flickr gives an idea of the process I used in creating this, and in fact, this work does spring from the work in the video, although after the date the video was created. Most of my process is a cross between starting with photos, layering with other completed works, interim states, and pieces of photos, and painting and drawing.
www.flickr.com/photos/diananicholettejeon/21131792312/in/pool-mobilemoviestheappwhisperer/

so much light (self portrait) by lee atwell

Apps used: I used an iPhone 5s, and then Mextures, Stackables and Snapseed apps for post processing.

Backstory: This self portrait is part of a photography project I am a part of with others entitled ‘Being Set Free’ where we are using the same vintage dress as the subject matter.

I have been close to death lately with the passing of both my parents and most recently our precious 21 1/2 year old cat, Chandra. Inspired by Mary Oliver’s poem, my intention was to capture the experience of ‘being set free’ into the greatest sacred mystery of all – like “so much light wrapping itself around us – as soft as feathers… in which we are washed and washed out of our bones.”

White Owl Flies Into and Out of the Field

Coming down out of the freezing sky
with its depths of light,
like an angel, or a Buddha with wings,
it was beautiful, and accurate,
striking the snow and whatever was there
with a force that left the imprint
of the tips of its wings — five feet apart —
and the grabbing thrust of its feet,
and the indentation of what had been running
through the white valleys of the snow —
and then it rose, gracefully,
and flew back to the frozen marshes
to lurk there, like a little lighthouse,
in the blue shadows —
so I thought:
maybe death isn’t darkness, after all,
but so much light wrapping itself around us —
as soft as feathers —
that we are instantly weary of looking, and looking,
and shut our eyes, not without amazement,
and let ourselves be carried,as through the translucence of mica,
to the river that is without the least dapple or shadow,
that is nothing but light — scalding, aortal light —
in which we are washed and washed
out of our bones. 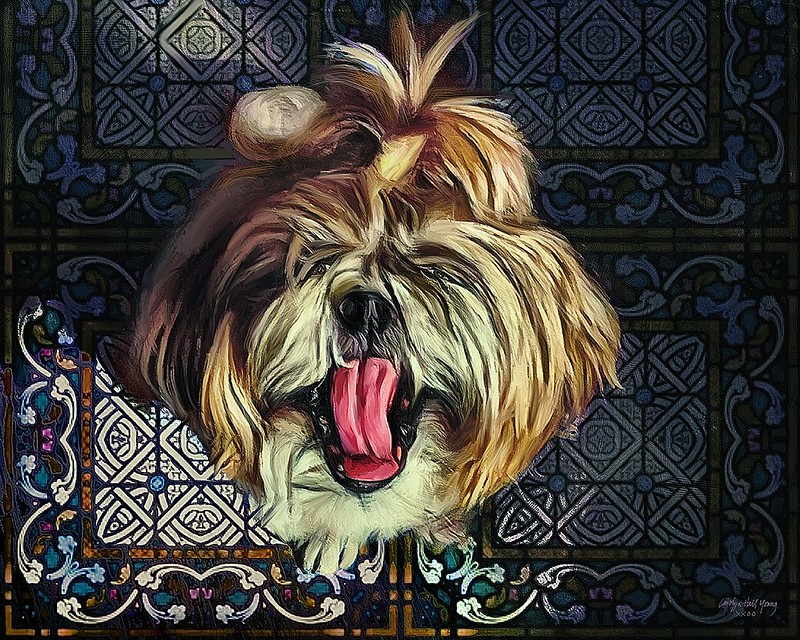 Backstory: This is an iPad painting, made with iColorama and Procreate. It was made for Artistic Anarchy: Mobile Collusion, an AppWhisperer group on Facebook. My partner in this collusion is my friend in Rio de Janeiro, Violet Martins. I started this using, as a source, a photograph from Violet of her fabulous and fierce dog, Joey. 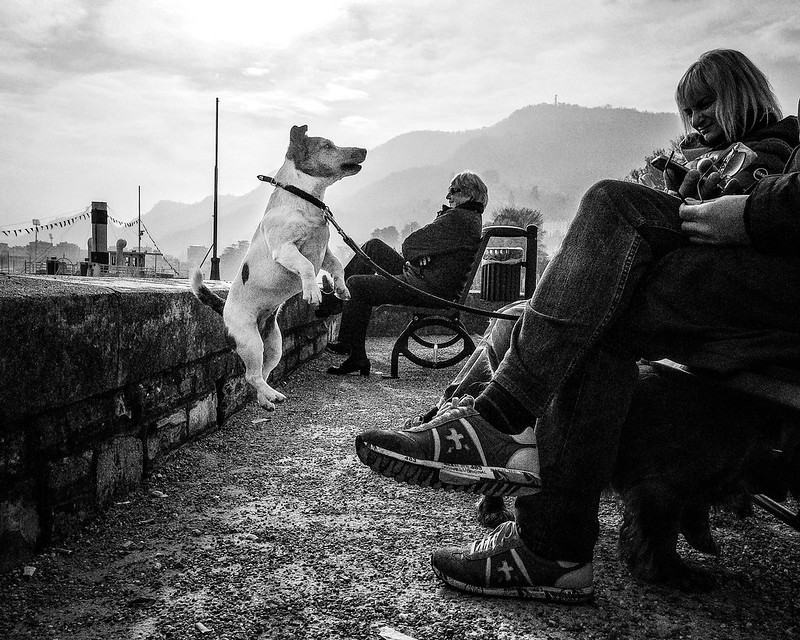 Sometimes they jump by Marco Lamberto

Apps used: VSCOcan with b3 preset

Backstory: This image was constructed from three different slow shutter captures. The torso is from a self-portrait, the “neck” and “head’ are from the column and metal shade of an old floor lamp I spotted outside a second hand store, and what appears to be the brim of a hat is an
overhead shelter for elephants at my local zoo. I put them all together in Image Blender and then ran it through the 6×9 Instant Emulsion filter in Lo-Mob which gave it the Polaroid borders. Then cleaned up a few things with the clone tool in Filterstorm

I created the image as I went along, being inspired moment to moment by the various elements I was playing with.